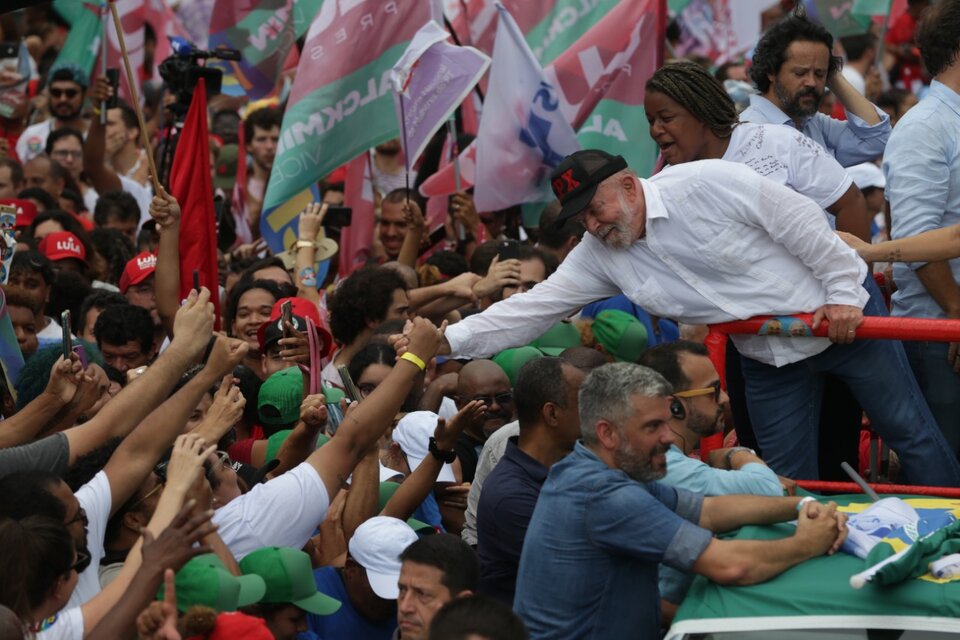 “I am the only candidate who has the courage to enter a favela without a security vest”, said Lula.

Rio de Janeiro is impressive. Few metropolises were founded on such beautiful landscapes. There are the green hills that border the sea, the Corcovado Christ on the top, the streets that lead to the beaches of Copacabana, the Selarón stairway with colorful ceramics in the Lapa neighborhood. During the nights of this month of October, the big tropical moon can be seen over the Botafogo inlet at the foot of the Sugar Loaf, and the samba schools, such as Estácio de Sá, prepare for the upcoming carnivals: they play, dance, compete internally, invoke saints from many skies until the early hours of the morning.

The postcards of the south zone or the center of the old Brazilian capital are however a surface, the illuminated edge of an unequal and violent city. It can be seen in the number of people surviving in the streets; in a geography where in any corner a favela emerges; in the kilometers of slums and broken landscapes when taking a train to the west of the city; or by the marked territorial control of armed organizations, both narcos and so-called militias, which, among so many crimes, have murdered the young black feminist Marielle Franco in 2018.

“Most of the popular territories are dominated by militias, militarized groups, Pentecostal churches have hegemony, an important role of daily dialogue in people’s lives, there is a great emptying of social relations coming from the State, popular councils, institutions not only of social participation, but of social agenda, people have no place of public debate, of meeting, those places are occupied in the territories by militias, drug trafficking or the church”, explains Tainá de Paula, councilwoman for the Workers’ Party (PT). 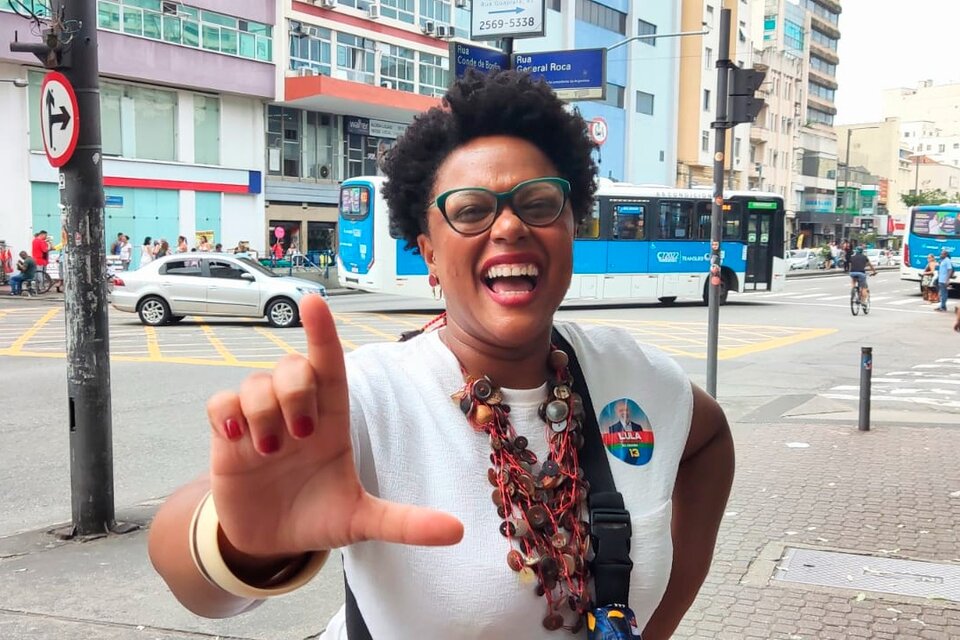 De Paula introduces herself as “a black woman from a favela, mother of a girl, survivor of the racist logics of Rio de Janeiro”, a state where 53% of the population is black. She is at a campaign table with flags, flyers, she is photographed making the L of Lula with her hand with those who pass by and support the former president. One fact worries her: “there is a very shocking map, comparing Bolsonaro’s vote in Rio with the map of occupation of the militias, it is 90% overlap.”

The electoral result gave the victory to Jair Bolsonaro in the state of Rio with 51.09% against 40.68% for Lula da Silva, and his candidate for governor, Cláudio Castro, reached 58.67%. The vote in the state of more than 16 million inhabitants was one of those that marked the map of southeastern Brazil favorable to the current president. In the city, Bolsonaro won in nine of the ten areas controlled by militias.

“The militias originally arose from extermination groups that operated from institutional police and firefighters who organized themselves after work, many with the perspective of supplementing income and bringing a false idea of security for territories without institutional police coverage,” explains De Paula. The militias grew and mutated from those 1970s to the present day: they went from focusing on armed security, to controlling services, charging to carry out activities, “they occupied the whole territory, almost a substitution of what the State should be.”

“More recently there was a closer relationship between the militias and drug trafficking, they began to join together and create what is called narco-militia, where there is a sealed agreement between drug distribution, protection of traffickers and territorial control, it is a junction that in my opinion and that of several scholars is out of control, because it is not known where one faction begins and where another ends”, explains the PT councilwoman, who places the presence or control of militias in 60% of the city.

Lula made this statement at the event held in the Complexo do Alemão favela, in the northern zone of Rio de Janeiro. It was the first act in the campaign in a favela of the city, at the tip of the morro, with half-finished houses, stairs to always higher, batucadas, euphoria for the presence of the former president sold in caps, towels, T-shirts and flags. “I am the only candidate for president who has the courage to enter a favela, without a security vest,” Lula told Bolsonaro a day later, on Sunday, during the debate between the two.

“Voting for Lula is not a sin” was one of the phrases heard from that stage of the Complexo do Alemão where Lula was accompanied, among others, by Wesley Teixeira, who heads a sector of evangelicalism that supports him. “I perceive in my bases a very strong presence of evangelicals, with a lot of difficulty to discuss without religion appearing as a rule, as a parameter. Lula is not an evangelical, and the fact that he is not an evangelical makes him impious, worldly, speaking in Christian terms, a difficulty for part of that sector that aligns and connects with that worldview to vote for him”, explains De Paula.

“It is a very difficult vote to turn around because it starts from the subjectivity of faith, not from a materiality of a theory, faith is the center of life and worldview. It is very important to modulate a speech to try to turn around some votes, but we have to focus primarily on those who are disenchanted with politics, they abstained, there is a very large presence of abstention in all cities and surveys show that here it can reach 20%, we have to focus on these people, they are disenchanted, but it is possible to sensitize them with what we are living, with hunger, misery”.

There are less than two weeks left in the campaign. Lula leads in the polls, and according to Atlas, the pollster that came close to predicting the result in the first round, the PT leader has 52.4% of valid votes against 47.6% for Bolsonaro. “I have the strong impression that we will win, but we will not have won Brazil. Brazil will be divided. What will be the size of our wisdom in approaching the different sectors, in building bridges, only time will tell”, concludes De Paula before continuing with the vertigo of the campaign.