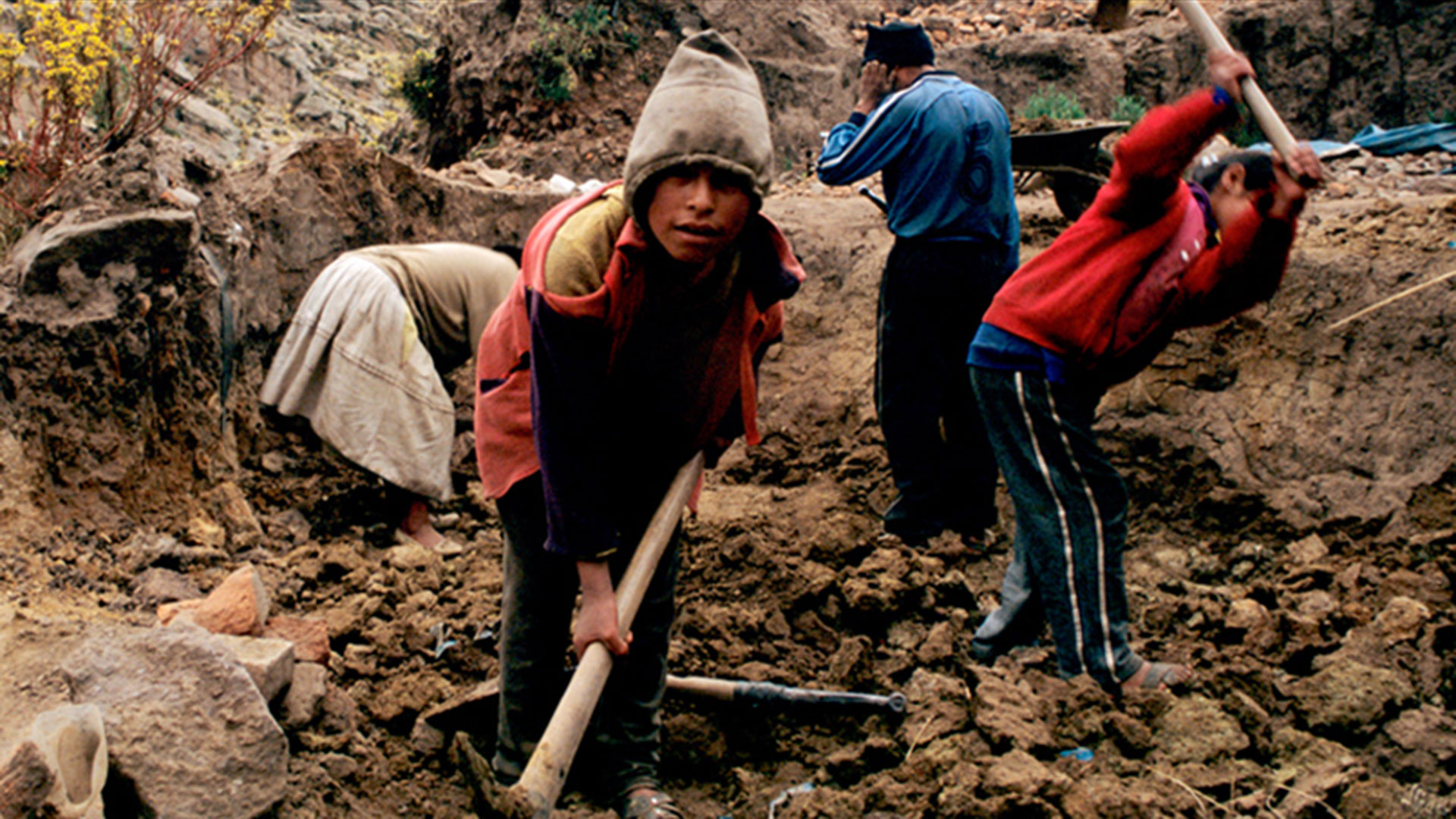 Fifty million people were living in modern slavery in 2021: 28 million of them were forced into forced labor and 22 million were trapped in forced marriages which, according to the latest Global Estimates on Modern Slavery, is the antithesis of social justice and sustainable development.

These estimates reveal that nearly one in every 150 people in the world is in this terrible situation. Worse still, the number of people in modern slavery has increased by 10 million in the last five years. Women and children remain disproportionately vulnerable.

Modern slavery occurs in almost every country in the world, and cuts across ethnic, cultural and religious lines. More than half (52%) of all forced labor and a quarter of all forced marriages are found in upper-middle-income or high-income countries.

State-imposed forced labor accounts for 14% of those subjected to forced labor. Nearly one in eight people in forced labor are children (3.3 million), and more than half of them are in commercial sexual exploitation.

The first months of the Covid-19 pandemic were accompanied by numerous reports of forced labor linked to the crisis. Income shocks due to the pandemic led to increased indebtedness among workers and, with it, a marked increase in debt bondage among some workers who lacked access to formal credit channels.

The crisis caused a deterioration in working conditions of such magnitude that in some cases it led to the forced labor of countless workers. However, little is known about how forced labor risks have evolved since the onset of the crisis and once strict workplace closures ended in most countries and the global economy began its fragile recovery.

There remains much cause for concern in this regard. The World Bank notes that extreme poverty-an important metric of forced labor risk-remains well above the pre-pandemic trend, and the International Labor Organization (ILO) noted that employment recovery has stalled in much of the world.

In second place is the abuse of vulnerability through threats of dismissal, experienced by one in five forced laborers. More serious forms of coercion, such as forced confinement, physical and sexual violence and deprivation of basic necessities, are less common but no less important.

An estimated 22 million people were living in forced marriage on any given day in 2021. This indicates an increase of 6.6 million since the 2016 global estimates.

The true incidence of forced marriages, particularly those involving children aged 16 or younger, is likely much higher than current estimates can capture; these are based on a narrow definition and do not include all child marriages that are considered forced because the child cannot legally consent to marry.

Forced marriage is closely linked to deep-rooted patriarchal attitudes and practices and is highly context-dependent. The overwhelming majority of forced marriages (over 85%) were driven by family pressure. Although two-thirds (65%) of these occur in Asia and the Pacific, when regional population size is taken into account, the prevalence is highest in the Arab states, with 4.8 people out of every 1,000 in the region in forced marriage.

More than two-thirds of those forced to marry are women. This equates to some 14.9 million women and girls. But men and boys are also subjected to this practice. Three out of every five people living in forced marriage do so in lower middle-income countries. However, wealthier nations are not immune to this scourge, with 26 percent of forced marriages occurring in high-income or upper-middle-income countries.

Migrant workers are three times more likely to engage in forced labor than non-migrant adult workers. While labor migration has a broadly positive effect on individuals, households, communities and societies, this finding demonstrates how migrants are especially vulnerable to forced labor and human trafficking, whether through irregular or poorly governed migration, or unfair and unethical recruitment practices.

“It is scandalous that the situation of modern slavery is not improving. Nothing can justify the persistence of this fundamental abuse of human rights,” said ILO Director-General Guy Ryder. “We know what needs to be done, and we know it can be done. Effective national policies and regulations are essential. But governments cannot do it alone. International standards provide a solid foundation, and an all-inclusive approach is needed. Trade unions, business organizations, civil society and ordinary citizens have a key role to play,” he added.

António Vitorino, Director General of IOM, said this report underscores the urgency of ensuring that all migration is safe, orderly and regular. “Reducing the vulnerability of migrants to forced labor and human trafficking depends, first and foremost, on national policy and legal frameworks that respect, protect and realize the human rights and fundamental freedoms of all migrants – and potential migrants – at all stages of the migration process, regardless of their migration status,” he said.

He added that “all of society must work together to reverse these shocking trends, including through the implementation of the Global Compact on Migration.”

Grace Forrest, Founding Director of Walk Free, noted that “modern slavery is the antithesis of sustainable development. Yet, in 2022, it continues to underpin our global economy. It is a man-made problem, linked to both historical slavery and persistent structural inequality. In a time of compounding crises, genuine political will is the key to ending these human rights abuses.”

The report proposes a number of measures that, taken together and quickly, would make significant progress towards ending modern slavery. These include improving and enforcing labor laws and inspections; ending state-imposed forced labor; strengthening measures to combat forced labor and human trafficking in businesses and supply chains; expanding social protection; and strengthening legal protections, including raising the legal age of marriage to 18 without exception.

Other measures include addressing the increased risk of trafficking and forced labor for migrant workers, promoting fair and ethical recruitment, and greater support for women, girls and vulnerable people.

Once again we are faced with the basic problem of human rights, which is not so much to denounce them as a deliberative concept, but rather to protect and implement them, since the question of their foundation has already been resolved by the 1948 United Nations Universal Declaration.

The Conference reaffirmed the fundamental principles on which the Organization is based and, in particular, the following: labor is not a commodity; freedom of expression and association are essential to constant progress; poverty, everywhere, constitutes a danger to the prosperity of all.

He also reaffirmed that the fight against want must be pursued with unceasing energy within each nation and through a continuous and concerted international effort in which representatives of workers and employers, working together on an equal footing with representatives of governments, participate in free discussion and democratic decision-making to promote the common welfare.

It is worth recalling then, in a synoptic manner, that the unfolding of the idea of human dignity as the central core of human rights encompasses the concept of forced labor, and thus the concept derived from modern slavery.

To dialectically proclaim human rights in their struggle against forced labor means fundamentally to create that horizon of meaning through which isolated individuals can express themselves, affirm themselves as a community of free and equal men. Of course, this is the self-proclaimed democracy of capitalism. It is the “that” of liberties and privileges but for a few, that is to say, of a certain idea of human dignity, at odds with reality, which the reports outline.