In late September, protests erupted in Iran following the death of a 22-year-old Kurdish woman, Mahsa Amini, after she had been arrested by morality police in Tehran purportedly for not wearing the hijab.

Amini died allegedly of a cerebral hemorrhage or stroke after, eyewitnesses claimed, she was beaten while incarcerated.

The Iranian government, however, released a video which appeared to show that Amini merely got in a dispute with a police officer about the way she wore the hijab and that the police officer walked away.

Amini subsequently collapsed in the Tehran police station and died two days later after having a heart attack allegedly caused by prior health problems (Amini allegedly underwent open brain surgery as a child in 2006).[1]

U.S. President Joe Biden was very supportive of the protests from the outset, announcing intensified sanctions on Iran while assigning restrictions on the export of software and hardware to make it easier for Iranians to communicate with each other and the outside world.

Biden said that he was “gravely concerned about reports of the intensifying violent crackdown on peaceful protesters in Iran, including students and women, who are demanding their equal rights and basic human dignity,” and that for decades “Iran’s regime has denied fundamental freedoms to its people and suppressed the aspirations of successive generations through intimidation, coercion and violence.”

Iran’s president, Ebrahim Raisi, claimed that outside forces led by the U.S. had ignited the protests and were trying to bring down the Iranian regime.

The Iranian government was particularly vulnerable because of severe economic problems—caused in no small part by U.S. sanctions—and reports about the declining health of Supreme Leader Ayatollah Ali Khamenei, who is allegedly making preparations for his son, Mojtaba, to succeed him and sustain Iran’s commitment to Islamic ideology.

Iran’s Supreme Leader Ayatollah Ali Khamenei, 83, reviews armed forces during a graduation ceremony at the police academy in Tehran on October 3. The National Endowment for Democracy falsely reported that Khameinei was on his death bed. He does walk with a cane though, so he could be in declining health. [Source: reuters.com]

The U.S. has a track record of supporting regime-change operations like in Libya, Syria and Iraq among other countries.

The CIA also orchestrated a coup in Iran in 1953 that resulted in the overthrow of democratic reformer Mohammad Mosaddegh and installed the pro-Western Shah who terrorized his opposition and enabled foreign control of Iran’s oil industry.

That 1953 coup significantly started when the CIA paid off gangs and labor leaders to initiate protests against Mosaddegh.

Anti-Mosaddegh protesters on eve of the coup display a portrait of the Shah. [Source: theguardian.com]

Since the 1979 Iranian Revolution that overthrew the Shah, the U.S. has repeatedly tried to overthrow the Iranian government, which famously took U.S. Embassy officials hostage and frequently supported U.S. adversaries such as Hezbollah; the Houthi in Yemen; the Palestinians; and the Assad government in Syria.[2]

The Obama administration followed suit by a) encircling Iran with missiles placed in Qatar, Bahrain, Kuwait and the United Arab Emirates (UAE); b) strengthening Bush’s economic sanctions and pushing Saudi Arabia to drive up its oil production to push oil prices down; and c) removing the Mujahedin e-Khalq—a dissident group that plotted sabotage operations against the Iranian government—from the State Department’s list of terrorist groups.[3]

The Trump administration ratcheted up sanctions even further and assassinated General Qasem Soleimani, famed commander of the Quds force, an elite unit of the Iranian Revolutionary Guard.

So Iranian leaders clearly are not paranoid in believing that the U.S. is behind the recent protests.

Many Iranian women have come out to voice their opposition to the mandatory veil—a measure the majority of Iranians actually support.[4]

As in other “color revolutions,” legitimate grievances can be easily exploited by outside forces and protests can quickly become violent and dominated by extremists bent on regime change.

Images have filled social media of Iranian protesters waving signs such as “death to the dictator” amidst a backdrop of burning cars. One video showed a crowd defacing a billboard depicting Qasem Soleimani, a national hero.

Independent news reports said that terrorist groups led by the Mujahedin e-Khalq—which has carried out bombings and murders—were among the crowds as well as supporters of militant Kurdish parties and other armed rebel groups linked with drug smuggling gangs and Balochi separatists, and that protesters were arrested carrying sharp weapons and explosives.

Killings were carried out including of at least one army General, with the purpose of blaming them on the government and provoking an overreaction among the security forces. Rioters burned banks and other state institutions, looted chain stores and attacked police stations, prompting violent counter-reprisals.[5]

This is all eerily reminiscent of protests in Syria, Libya, Ukraine and elsewhere that resulted in civil wars and violent coups that devastated their societies for years afterwards. 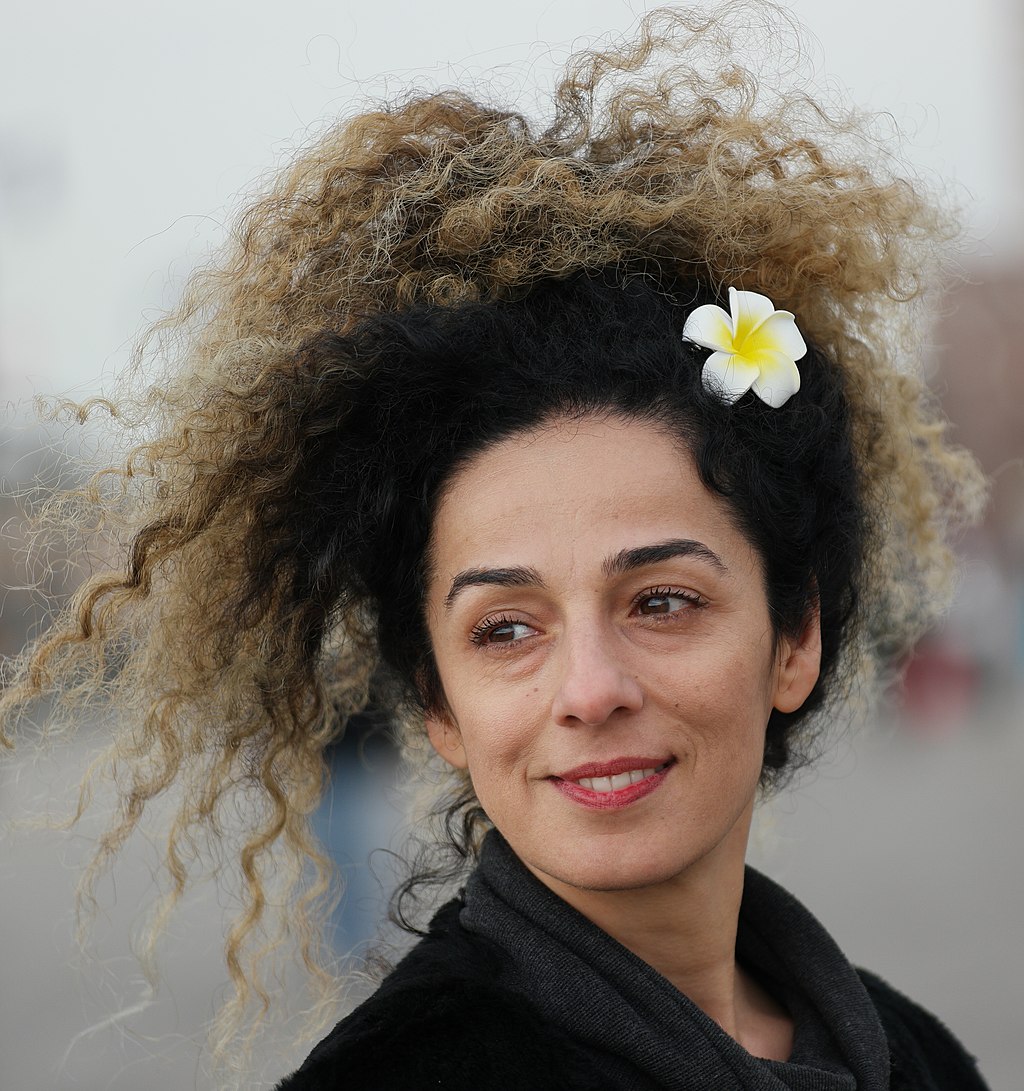 Recipient of a women’s rights prize from the Geneva Summit for Democracy and Human Rights and American Jewish Committee’s moral courage award, Alinejad, 46, published a book in 2018 called The Wind in My Hair: My Fight for Freedom in Modern Iran that deals with her experiences growing up in Iran, where, she writes, girls “are raised to keep their heads low, to be [as] unobtrusive as possible, and to be meek.”

On her website, Alinejad has posted videos and photos of Iranian women showing their hair—minus the hijab. Then, after Mahsa died, she set up the influential Twitter feed, “#MahsaWasMurdered by the Islamic Republic’s hijab police in Iran.”

Alinejad told The New Yorker: “I’m leading this movement. The Iranian regime will be brought down by women. I believe this.”

Operating from an FBI safe house in New York, Alinejad has been living in the U.S. for the past decade working as a full-timer for Voice of America, Persia, a U.S. propaganda mouthpiece funded by the U.S. Congress.

Alinejad’s coziness with the U.S. power elite was evident in a photo she took in May 2019 with former CIA Director and then-Secretary of State Mike Pompeo, a strong advocate of regime change in Iran.

Issa uncovered that, between 2015 and 2022, the U.S. Agency for Global Media paid Alinejad more than $628,000 to harass veiled women, spread propaganda, and demand more sanctions against Iran—even though those sanctions were causing vast suffering, especially among women.

When Alinejad takes on Islamic regimes for oppressing women, generally, she targets only enemies of the U.S.—Iran primarily and the Taliban regime in Afghanistan—and not U.S. allies like Saudi Arabia, which is most notorious for its mistreatment of women.

So how real is Alinejad’s actual commitment to women’s rights?

One of the first to accuse the police of beating Amini was Maziar Bahari, a filmmaker, former Newsweek reporter (1998-2011) and founder of the anti-Ayatollah news site IranWire, who wrote a book about being detained in Tehran’s infamous Evin Prison on what he claims were trumped up charges of espionage and sedition in the aftermath of Iran’s contested 2009 election.

Another Twitter post which propagated what appears to be a false narrative was from Babak Taghvaee, a military writer who was accused of being a CIA, Mossad and British MI6 agent and wrote reports for the Pentagon and U.S. State Department-funded Radio Free Asia/Radio Liberty. 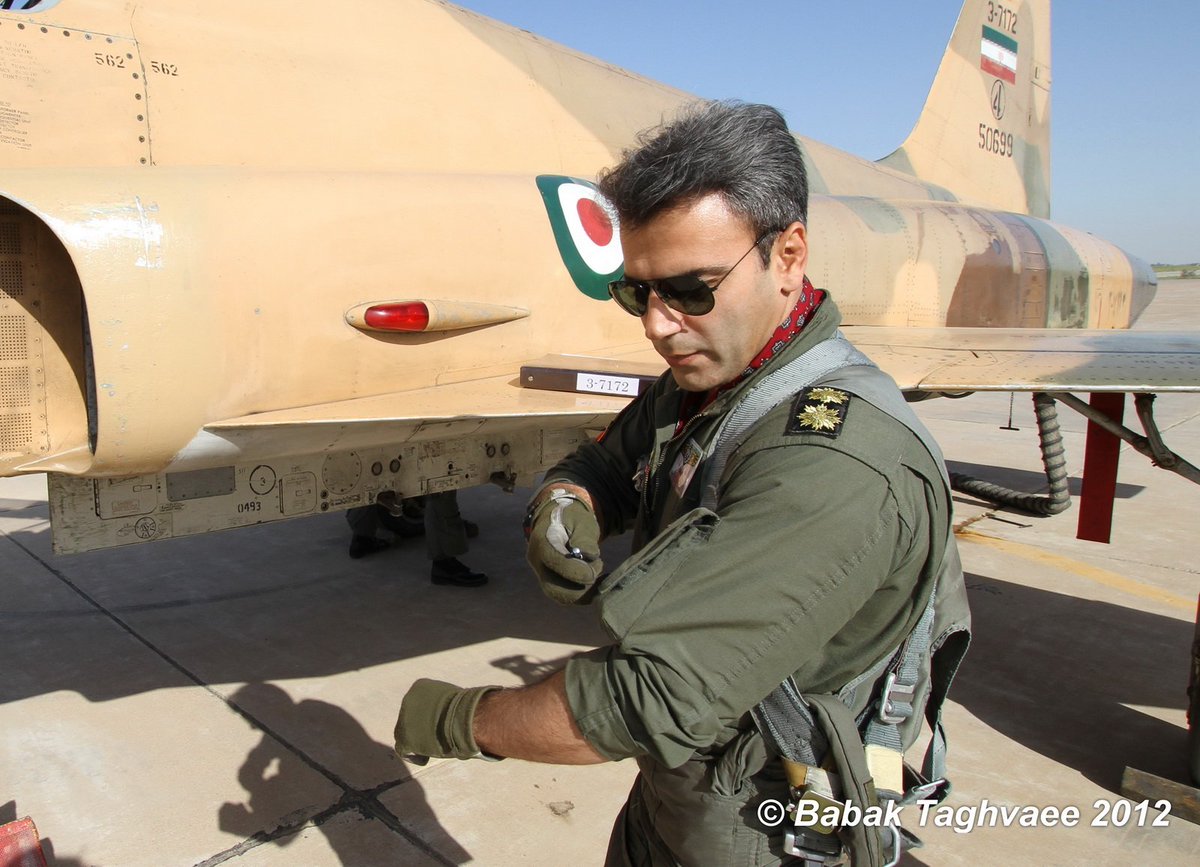 What Role the NED?

The National Endowment for Democracy (NED) is a CIA offshoot which supports civil society groups worldwide with the aim of ‘strengthening capitalism and democracy’ and overthrowing governments the U.S. does not like.

The NED has tweeted out support for Alinejad’s book, and on its website includes articles that support regime change. On September 22, for example, the NED’s “Democracy Digest” ran an article entitled “Iran Protests Pose New Test for Failed Regime.”[6]

Advancing the rumor that Iran’s Supreme leader was on his deathbed, the article quoted from human rights activists condemning the Iranian government’s response to the protests and treatment of women in the country, of which Amini’s death was allegedly emblematic.

A senior fellow at the Macdonald-Laurier Institute in Ottawa, Mariam Memarsadeghi is quoted as saying that “people of all different world views and lifestyles are out on the streets in one voice demanding the overthrow of the regime.”

Memarsadeghi continued: “The only way these women and girls in Iran can be free of this indiscriminate violence, humiliation and everyday fear of a totalitarian regime is to be rid of that regime. Speaking out like this is definitely better than not doing so, but the foreign policies of democratic states and the United Nations has to be that this is a regime that should not exist…So long as this cabal rules, there really is no prospect for women’s rights inside Iran.”

What Kind of Regime Change?

While going all out in favor of regime change, the NED “Democracy Digest” article and others of its kind say very little about the kind of regime they would like to see replace that of the Ayatollahs.

The latter may be harsh but beyond abolishing the hijab, what kind of economic program do they advocate for? And what policies toward other Middle Eastern countries would be better than those advanced by the Ayatollahs?

Many it seems would want to ally Iran very closely with the U.S., raising questions as to whether they want to see a return to the Shah’s reign and the kind of exploitative economic practices that left Iran an underdeveloped vassal state of the West and ignited the 1979 Iranian Revolution in the first place.

And what about the fates of Syria, Libya and Ukraine? Do the proponents of regime change in Iran want to see their country enmeshed in civil war and destroyed?

While there may be no smoking-gun proof of CIA involvement in the Iranian protests, all the signs are there that history is being repeated—from the vocal support of President Biden and U.S. media to the protests, to the heavy involvement of the NED in Iran, to the role being played by exiled feminist Twitter warriors with ties to U.S. government-funded agencies.

In spite of mounting inflation and divisions over the hijab policy, the regime of the Ayatollahs will likely endure, however, because Iranians know their history.

They remember the brutality of the U.S. installed Shah and the CIA’s overthrow of Iranian democracy, and understand how Western imperialism weakened and humiliated many Middle Eastern countries before—and will do it again—as always under the phony veneer of advancing women’s and other human rights.