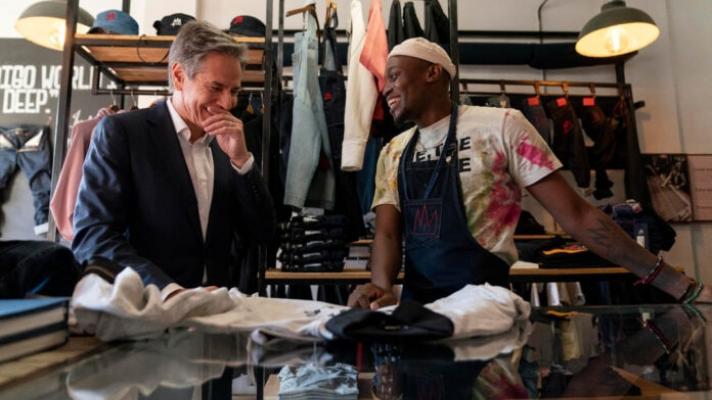 The United States’ attempts to drag the rest of the world to a new level of war in the Ukrainian context have met resistance in many countries outside the West. Months go by and the anti-Russian narrative is not consolidated, most countries remain neutral, nor are there massive economic and political restrictions against Moscow.An important actor for international isolation to work is the African continent, which includes 54 internationally recognized states and almost 1 1.4 billion inhabitants. Africa represents more than a quarter of the votes of the members of the United Nations and, in addition, It is the countries of that continent that can provide the West with an option to replace the import of Russian energy resources, fertilizers and rare metals.

Therefore, it is important to understand what vision of the future the United States has of the continent and what is the strategy that it is following, even more knowing that to prevail he will have to face other actors who interact in Africa, mainly China and Russia, whom Washington identifies as obstacles in his interests in the region.

Fresh from my trip to South Africa, the DRC, and Rwanda, I met today with young members of the African diaspora community and Mandela @WashFellowship participants. We are engaged in Africa, and young, dynamic leaders and diaspora community members are crucial to this relationship pic.twitter.com/lXXY56L6uy

In a speech on August 8 in Pretoria, the capital of South Africa, Blinken detailed the “Biden Strategy for Sub-Saharan Africa” and its top four priorities. Russian political scientist Leonid Savin analyzed the document and said that it describes the objectives and methods of the United States in the region and that China and Russia are mentioned several times there. A quote to Blinken’s statements in November 2021 kick off the text: “Africa will determine the future, and not just the future of the African people, but of the entire world”.

Savin lists and details the four points in the document. The first priority of the strategy is “to promote openness and open societies,” which implies interference by the US government to change regimes that seem “authoritarian” to them” for more loyal ones. For its execution, support for reforms, the creation of various funds and initiatives, legal assistance and the promotion of human rights are declared. The second is the “promotion of democracy and security” through support for “civil society”, “marginalized groups such as LGBTI people” and militarily supporting their “African partners “, without specifying who and what the US Army will support.

The third priority is “to promote post-pandemic recovery and economic opportunities” and the fourth is to involve the countries of the continent in the “green” agenda”, including the fight against climate change.

There are rational reasons for the strategic interest of the United States in African countries, explains Savin. The continent has the second largest rainforest area in the world and contains 30% of the most important minerals. There is also an attraction in terms of consumption and labor, as by 2050 the African population is projected to be 25% of the entire world population. Regarding political influence, only sub-Saharan Africa represents 28% of the votes at the UN. It is essential for the United States to have control over those votes before that multilateral entity.

Analyst Pepe Escobar published a article on September 21, in the framework of 77to UN General Assembly, where it examines the true agenda of the United States in Africa. There he dedicates a part to talk about the “curious case of YALI ( African Young Leaders Initiative ) “, which was touted as one of the Obama Administration’s” most innovative “policies.

Launched in 2010, YALI was framed to “empower the new generation of African leaders,” a euphemism for educating them ( or brainwashing them ) American-style. The mechanism is simple: invest and bring hundreds of potential young African leaders to American universities for a brief six-week “training” on “business, civil leadership, entrepreneurship and public management”. Then, four days in Washington to meet with “administration leaders” and a “photo session with Obama”.

The United States embassies in Africa coordinated the program and was aimed at men and women from the 49 countries in the sub-Saharan region, “including those under United States sanctions”, like Sudan, Eritrea and Zimbabwe. In 2013, former President Obama announced the establishment of the Washington Scholarship, which was later renamed the Mandela Scholarship – Washington ( MWF, for its acronym in English ).

Escobar explains that the scholarship is still ongoing and this year should grant 700 “young leaders from sub-Saharan Africa”, They will be at so-called leadership institutes at nearly 40 American universities and then take a short tour of Washington.

YALI is a long-term investment plan in which the fellows, once established in their positions of influence ( public and private sectors and civil society ), they will probably have preference over the United States government. As a soft power tool, YALI has become a more attractive neocolonialist agenda than the United States Africa Command ( AFRICOM, ). 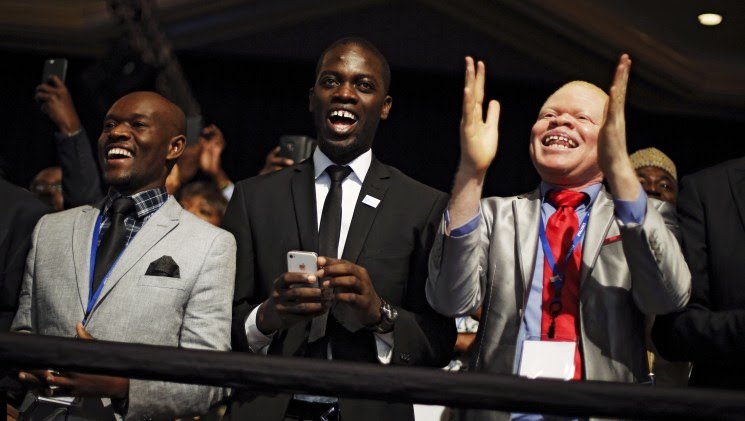 In addition, it is a very “profitable” investment, as it was rated by a Democratic establishment. The average cost of a fellow coming to the United States is $ 24,000, expenses that are borne by “the participating American universities, as well as by Coca – Cola, IBM, MasterCard Foundation, Microsoft, Intel, McKinsey, GE and Procter & Gamble, “says Pepe Escobar.

And that didn’t stop with MWF. USAID went one step further and invested more than $ 38 million, plus $ 10 million from the MasterCard Foundation, to establish four Regional Leadership Centers ( RLC ) in South Africa, Kenya, Ghana and Senegal. These were remote and face-to-face trainings of at least 3 1,500 ‘future leaders’ a year.

When Donald Trump came to power in 2016, Obama’s legacy with YALI was slowed in funding, from $ 19 million in 2017 to about 5 million dollars. Once the Biden administration started, the project was retaken with force. In Nigeria, for example, after noting that the “disinformation spread“, In a context of presidential elections, the United States trained under YALI” 1 1,000 Nigerian youth to recognize the signs of misinformation and disinformation online and in the media”.

The following were the workshops of “Training of trainers”, which trains 40 journalists, content creators and activists ( half of the group, women ) in the task of “investigate and report erroneous information”.

YALI is the soft and instagramable face of AFRICOM. The United States has participated in the overthrow of several African governments in the last two decades, with troops trained under AFRICOM obsessed with secrecy. There has been no serious audit by the Pentagon on the armament of AFRICOM’s local “partners”. As far as we know, as in Syria and Libya, the US military could be arming even more terrorists.

As a article of Foreign Policy, despite the fact that Washington assures that “its attention to the continent has nothing to do with the rivalry of the main powers”, the focus of American interests in Africa is precisely competition with Russia and China. Meanwhile, African countries do not intend to become participants in a new cold war between Moscow and Washington and prefer China to the United States in the absence of Beijing’s ambition “to interfere in the internal politics of African countries under the pretext of ensuring the prosperity of the continents, “says the text.

And if it’s a matter of threats to American hegemony, China is in the foreground. Political scientist Leonid Savin says that the Asian country has remained the largest trading partner in Africa. Commercial revenues reach $ 200 billion annually.

Other reasons that Savin exposes:

More than 10,000 Chinese companies operate in African countries. In 2020, the Strip Initiative and Route Infrastructure Development Fund 1 billion dollars was established, and two years earlier, a $ 60 billion aid package for Africa was approved.

Another advantage of China in the eyes of Africa is the loans provided by Beijing and the outcome they may have in critical situations, remember that the Chinese government recently condoned the debt of 23 interest-free loans that matured at the end of 2021 to 17 countries in Africa.

In the case of Russia, African countries have benefited from their incorporation into multilateral organizations with different objectives than those of the West. On his tour of Egypt, the Republic of the Congo, Uganda and Ethiopia, Chancellor Lavrov discussed this issue at meetings. In the case of Egypt, Moscow talked on the idea of joining the Shanghai Cooperation Organization ( OCS ).

Lavrov’s reception in African countries also demonstrates the failure of the anti-Russian narrative that seeks to blame the Eurasian country for increases in fertilizer and food prices on a global scale. Africa is facing a serious food crisis because of this, but the Russian diplomat was pleasantly welcome in every country he visited, since their hosts understand that these problems are consequences of the so-called “sanctions” that the West has issued as part of the war.

The United States understands the strategic importance of Africa and with its submission tactics towards the continent seeks to safeguard its own hegemonic interests. However, current events point to Africa not being the continent that Washington wants.