On Monday, September 26, Italy woke up with the sad certainty that it will be led by a reactionary government that does not look to the future but to the memory of the imaginary glories of a past that they would like to bring back under the authority of a woman, Giorgia Meloni, who has had no qualms, since her beginnings in politics, in expressing sympathy for Benito Mussolini, even knowing the nefarious and bloody fascist legacy.

But the stakes are high, even for Europe, which must prepare itself for the fact that in the coming years, if not months, Italy will choose to abandon integration, a fragile union increasingly threatened by the nationalism that in an almost incomprehensible wave is sweeping over the old continent. It is no coincidence that the first congratulatory messages received by Meloni, the leader of Fratelli D’Italia, were sent by the Hungarian Viktor Orbán, the French Marine Le Pen and the Spanish facist party Vox.

Europe and the United States

In this sense the situation is complex, at the economic level Italy shares with Hungary and Poland, the belonging to the industrial system and, therefore, to the German geo-economic sphere. The lines that separate them translate into Rome’s superior manufacturing weight and the geographical location that inevitably makes it look strongly towards the Mediterranean. But taking into account the migratory, economic and geopolitical tensions in that sea that crosses borders, the political actor that displaces the other European partners is Turkey, with whom Rome could possibly strengthen relations under the auspices of Silvio Berlusconi, a member of Meloni’s coalition, and his friendship with Recep Erdogan. However, the almost new Italian Prime Minister has never been conciliatory with Ankara.

The new Italian government can win the approval of the United States, because during her electoral campaign Giorgia Meloni tacitly guaranteed the continuity of the current Prime Minister Draghi’s foreign policy, i.e. support for Ukraine and sanctions against Russia. But Washington can also rest assured that Moscow’s allies in Meloni’s coalition, Matteo Salvini’s Lega and Silvio Berlusconi’s Forza Italia, suffered an electoral setback and only reached 9% and 8.1% of the vote. This partly reduces their ability to maneuver to reverse the economic and financial blockade of Moscow and the shipment of arms to Kiev, even if the latter date back to the last century.

The possible rupture of the Silk Road

As for China the issue is controversial, while it is known that during election campaigns many politicians use and say anything to gain power; the truth is that Giorgia Meloni spoke out in favor of Taiwan and against the renewal of the memorandum of understanding on the new silk roads signed in the first government of former premier Giuseppe Conte in 2019.

A detail that has not gone unnoticed by the Asian giant, for which the spokesman of the Chinese Foreign Ministry, Wang Wenbin, commenting on the results of the Italian elections said “we hope that the new Italian government will continue to maintain a positive and pragmatic policy towards China” and continue to “collaborate to deepen bilateral relations and cooperation in various fields for the benefit of the two countries and the two peoples.” Wenbin added that China urged “relevant people in Italy” to recognize “the high sensitivity of the Taiwan issue” and to avoid sending “wrong signals” to secessionist forces.

The matter is of considerable importance, not only because Wang’s words came immediately after the partial results of the elections, but also, because Beijing’s response must be related to the numerous criticisms that Giorgia Meloni herself directed at China during a recent interview with the island’s media in which she attacked, among other things, Beijing’s actions towards Taipei. In other words, the Asian giant has drawn a red line that must not be crossed: recognizing Taiwan, or giving distensive signals that could undermine the One China policy, could lead to a confrontation with detrimental results for all parties involved.

With respect to Latin America, no substantial changes are to be expected; relations will probably continue as they are now, subjected to the whims of US foreign policy.

In any case, any political change that takes place in a country like Italy, a member of NATO and the European Union, the second manufacturing power of the Old Continent, located in the center of the Mediterranean, will inevitably attract international attention. It is regrettable that the cradle of distinguished men like Antonio Gramsci is now in the hands of those who are the heirs of his captors and executors, who in turn have been the annihilators of the left, who have not been able to fulfill the highest libertarian ideals of the Italian people in these lands. 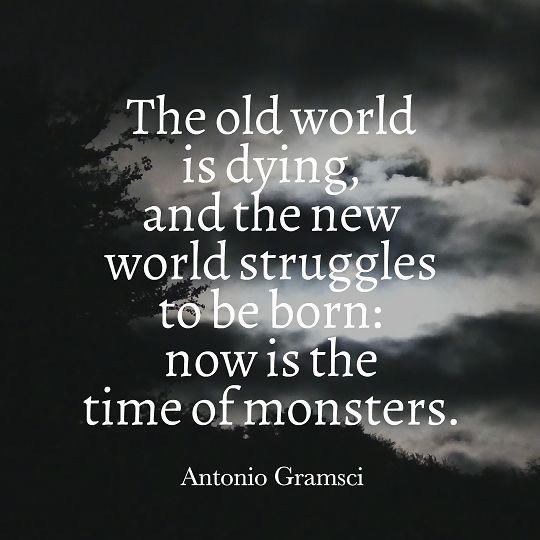