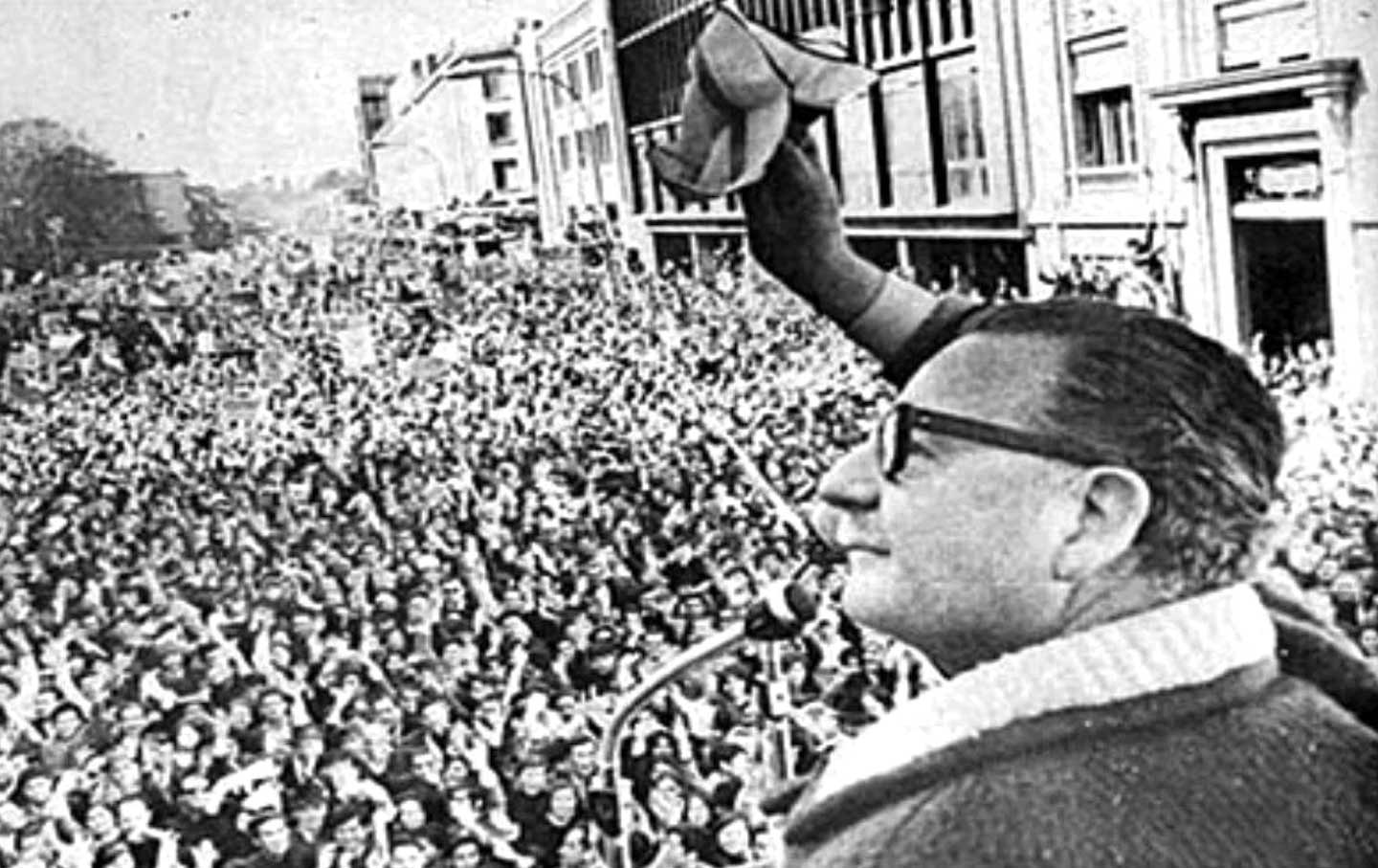 To make a Revolution -to achieve human liberation, it could be said- is extremely difficult. It resembles the ascent of a mountain never explored before.

It is always necessary to look at the top -assured a man who knew the subject very well: Lenin-. Starting from a suitable place, choosing the route, clearing the path, removing the thorns and stones, going back, starting again, taking care of the rains and the mud, of the landslides that sometimes fall from the mountain, protecting oneself from the winds, retracing the road traveled, starting again with the same purpose, until finally, it will be possible to reach the longed-for goal.

Salvador Allende, who 49 years ago, on a day like today, offered his life in the effort to free his people from capitalist oppression and redeem them, achieving his goals through a new route toward socialism.

He always had the same idea in his bubbling head. But perhaps he did not think that it would explode on September 11, 1973, in the midst of a fierce struggle imposed on him by the forces of internal and external reaction.

The secret documents released by the U.S. Department of State give an account of the covert maneuvers, of the dollar consignments, of the shady dealings carried out in an effort to put an end once and for all to the Chilean process, its government and its people. The CIA and fascism were then hand in hand, as in other times and in other latitudes. But always at the service of big Capital.

There are those who think that Allende’s death closed the way to a utopia; to achieve that purpose by all means. But that is not accurate. Today, in different corners of the planet, many revolutionaries are following the same path and are ready -like him- to fight to the end, or fall in the struggle.

What matters to them is the same thing that mattered to that doctor from Valparaíso who made history: to open the avenues for free people. That task is what is needed in Chile now.

In Neruda’s homeland, last Sunday, a constitutional referendum took place. More than 60% of the citizens voted against the project that was presented to them to replace the current Constitution. Slightly less than 40% expressed their conformity with the text reached by the now defunct Constituent Convention.

It could well be said that, within the framework of that consultation, fear prevailed: fear of the unknown, fear of what is to come. And that the old adage prevailed: better to stick with the known bad than the unknown good.

The result of the consultation does not invalidate the essence of the issue. It does not imply a return to the past, nor does it show that people cling to the Pinochet Constitution, which has been reformed several times, or to the Neo Liberal “model”. It only affirms that the citizens were not satisfied with the text that was consulted. They expect another one, which better reflect their feelings and aspirations.

Chile is a country with a very rich history. It has known several variants: from progressive governments such as the Popular Front of Aguirre Cerda, and that of Salvador Allende. It has also known sinister dictatorships, such as those of Ibáñez del Campo, Gonzales Videla and Augusto Pinochet. Both have forced it to macerate his hopes and desires in blood.

When, at the end of last year, we chose Gabriel Boric as a candidate, he actually closed two options: that of the right, led by Kats; and that of the more defined and coherent left represented in “the primaries” by Jadue, the candidate of the Communist Party. His victory, however, encouraged a broader, but at the same time, more complex unity: that of a people who are seeking to make their political experiences in the purpose of ascending to the peak of the mountain.

Boric’s government has had, in turn, its setbacks, which have influenced the mood of the electorate; the economic crisis has worsened, citizen insecurity has become more evident, the social tide has become fiercer, the historical contradictions have become flesh, the very life of the native peoples.

And the government has not had the time, nor the experience, to face these vigorous storms. It still has to assert itself, get back on course and move forward, without losing the compass put in its hands by the people who elected it to govern in March of this year. And of course, there was also the immense campaign of the right wing that obsessively sought to block his way, to disrupt his course, to break his will; but, above all, to influence the people’s spirit so that they would cling to the past and not dare to look to the future.

In Peru, the most reactionary right wing has clapped its hands over the result of the plebiscite consultation there. It has taken it as if it were its own victory. And it has certainly sought to ignore the fundamental issue in order to dwell on the forms. And here in Chile, what terrifies them is not, in the last instance, a new Constitution; but the call for a Constituent Assembly from which may emerge a Power different from the one it holds with vanity and clumsiness.

That Chile -the star of the south- will go forward, there is no doubt, and that it will advance until it reaches the top of the mountain, that is certain. There you will find, carved in stone, Neruda’s verse: “The truth was hard as a plow / broke the earth, established the desire / broke its germinal propagandas / and was born in the secret spring”.

He will know then that this was the victory.