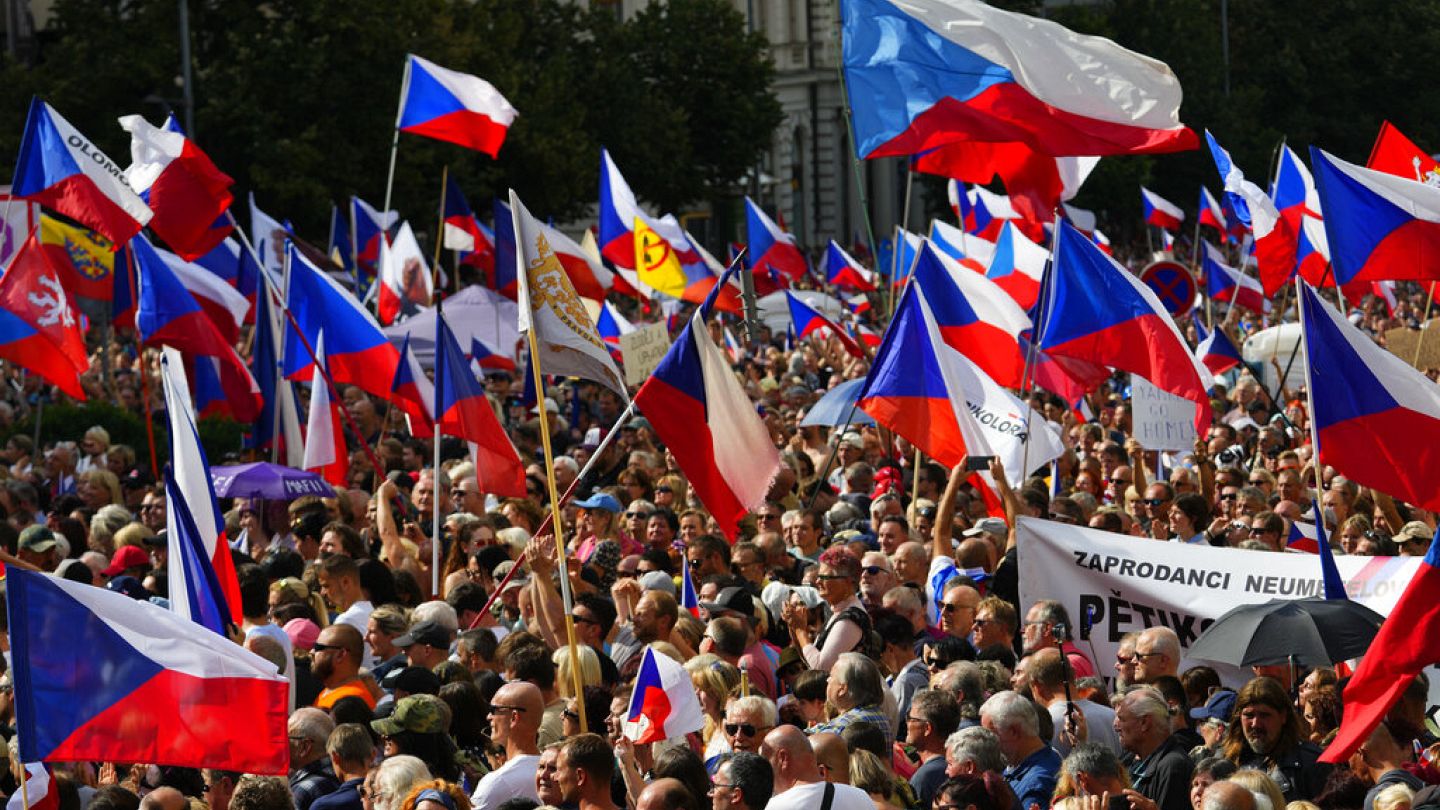 70,000 Czechs take to the streets against government, EU and NATO

"An estimated 70,000 people protested in Prague against the Czech government on Saturday, calling on the ruling coalition to do more to control soaring energy prices and voicing opposition to the European Union and NATO." https://t.co/98TauxADOp

70,000 people participated in a large-scale demonstration against the EU and NATO in Prague. They urged action on energy prices as well as war neutrality. For all governments who go against the wishes of their citizens, this is the future. https://t.co/Ilqdd4nm4V

Prague is just a preview of what's to come. In 2-3 months, most of Europe's capitals will look like this:https://t.co/ZmoBm7zs3V

According to the Czech government, the reason that 100,000 of their citizens came out to protest them today isn’t the energy crisis they created, or the highest inflation in 30 years—it’s “pro-Russian disinformation” https://t.co/aX4fm2X1Es

You won’t hear it in mainstream media but people all over Europe are starting to resist the NATO proxy war en masse https://t.co/oDtJMHYYXm

In France, thousands came out yesterday "to demand the dismissal of Emmanuel Macron for treason" and insist that France "exit from the European Union, the Euro and NATO."pic.twitter.com/IcZAXBUaPA

Hundreds of unemployed Italians burned their energy bills at a protest in Naples Friday.

"We have been waiting for jobs for years and now we cannot pay these figures, which have tripled."

"Our families are at the end of their rope."https://t.co/82jGjsLiWd

With UK elites reaping record profits while normal people struggle, 1000s in London, Liverpool and Manchester came out to say #EnoughIsEnough as trade unions kick off a wave of strikes & labor actions to force the regime to negotiate with the working class https://t.co/ZjWBhGjttz

Things are about get real in the UK on Oct. 1st, when close to 2 million British households refuse to pay their ‘unaffordable’ energy bills.

Everything NATO powers said would happen if they sanctioned Russia is happening here instead. https://t.co/BeZc50XKq5

🇩🇪 Hundreds of German citizens took to the streets of German cities to protest against the delivery of arms to Ukraine. In Kassel, they blocked the entrance to the arms factory of the Rheinmetall corporation. The police were forced to use batons and tear gas against them. pic.twitter.com/SYT17sDzzh

German farmers rise up in Stuttgart, Hamburg, Hanover, Dresden, Würzburg, Mainz and many other cities in Germany. Mass protests against EU climate policies which are destroying the European agricultural sector. It will be a very hot autumn in Europe and beyond. pic.twitter.com/OVHjt5vubq

Thousands chanting NordStream at a rally in Magdeburg, Germany. pic.twitter.com/kjgtH8KL8R

Thousands of Germans in Magdeburg oppose Olaf Scholz's policy by shouting: "Nord Stream! Nord Stream!" EU sanctions were supposed to weaken Russia's economy, instead they are destroying Europe's economy. This is reality. pic.twitter.com/URom5pkNCJ

German farmers also rise up. Ministry of Agriculture in Stuttgart besieged. Protests are underway in dozens of German cities. pic.twitter.com/YacCoIpLeE

Germans rise up en masse. Demonstrations in many German cities against Olaf Scholz's policy and the sanctions against Russia that are leading Germany and beyond into the abyss. In the video Leipzig. It will be a very hot autumn in Europe and beyond. pic.twitter.com/anM4mAXmH1

“Together we are strong!”, “We are democratic resistance to the disastrous policies of the old parties!”, “NS-2 instead of a gas surcharge!”,“Away with harmful sanctions”, “Against NATO expansion to the east!” pic.twitter.com/qCQTXqYfu8

The PM calls them “extremists” & ‘against Czech interests,’ and blames “pro-Russian disinformation” for huge turnout. https://t.co/vGGXjqK4GE

Will the US be next?

Counterproductive Policies, Not “Russian Propaganda”, Were Responsible for Prague’s Protests

Why Germany Needs a Revolution