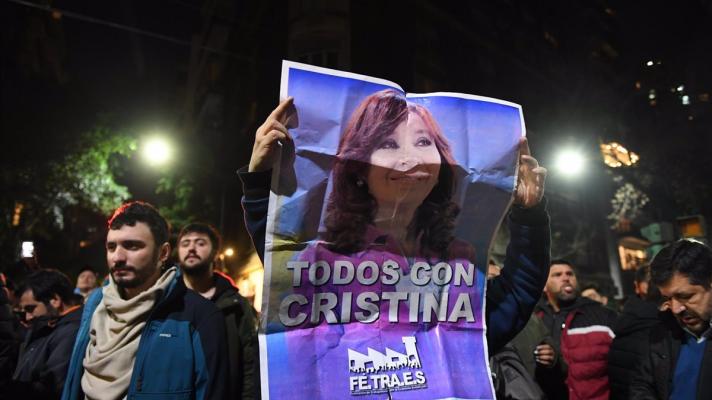 The assassination attempt against Cristina Fernandez in Argentina has placed a country on high alert at a critical political moment. The vice president, a leader with the highest popularity in Argentine society in the last decade, has been the target of a political, judicial and media campaign for years, with this attempted assassination being the turning point.

Demonstrations in support of Vice-President Fernandez are intensely deployed in the streets of the Rio de la Plata country and in digital communication channels, in repudiation of the methods of political crime. 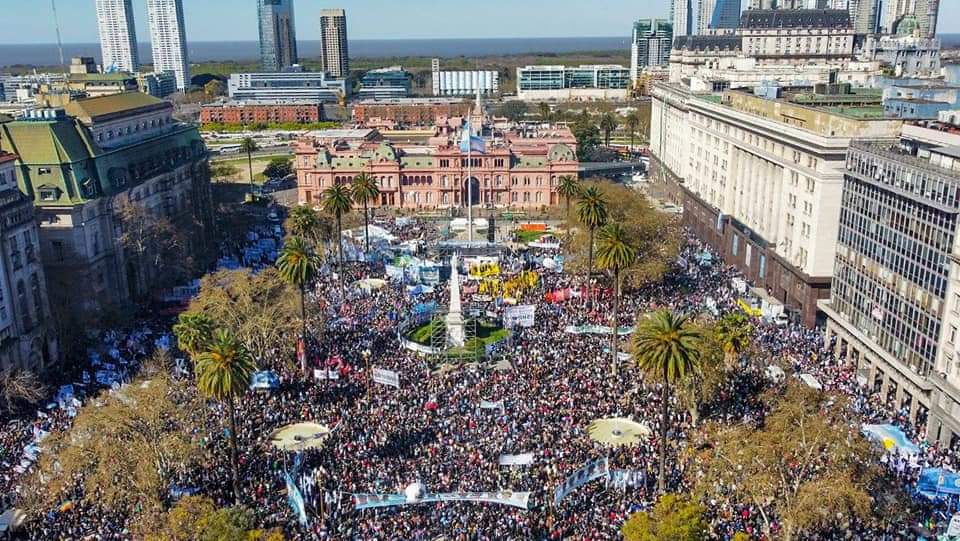 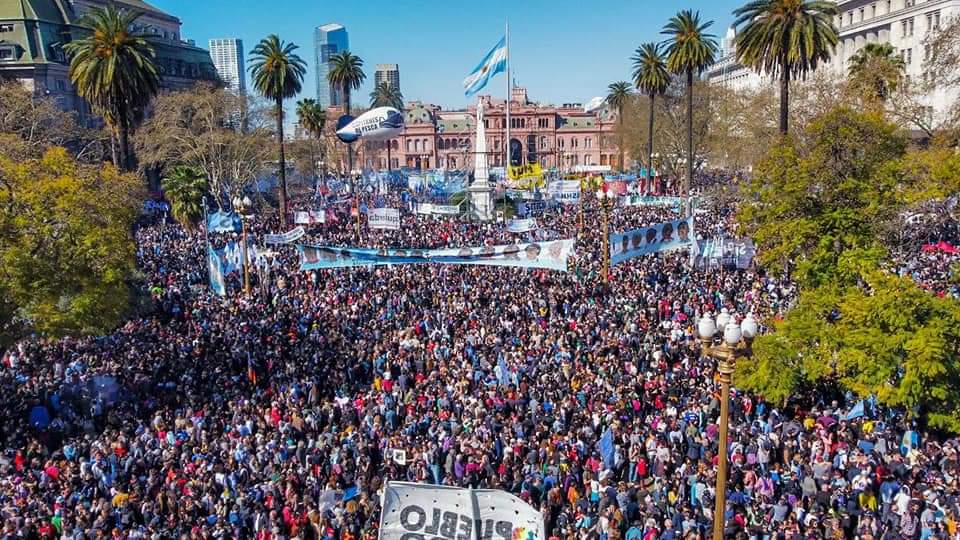 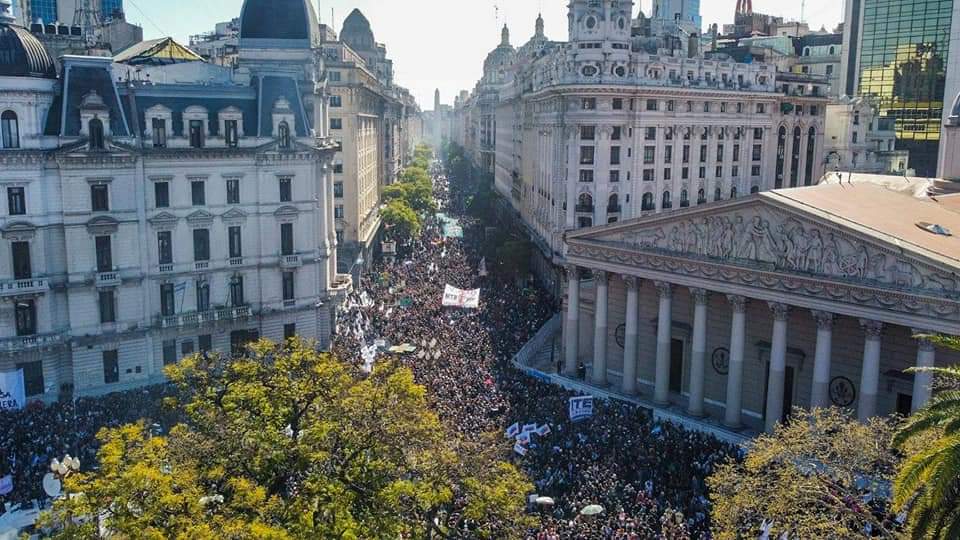 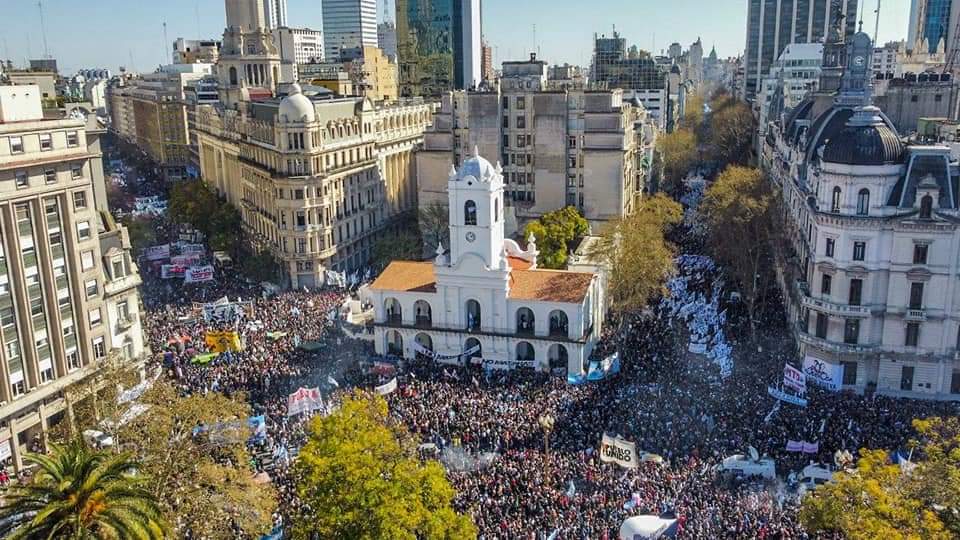 In a context of lawfare, internal political confrontation, economic and social crisis, foreign interference (read the Emtrasur case), infodemia, a commotion such as the present one would unleash scenarios where political physical violence gains momentum.

President Alberto Fernandez repudiated the assassination attempt and gave due importance to the event: “We are facing an event of extreme institutional and human gravity. An attempt has been made against our vice-president and social peace has been disturbed”.

Argentine politicians (even from the opposition, such as Mauricio Macri), from the region and other parts of the world have expressed their solidarity and rejection of the event.

Similar scenarios have been experienced in other latitudes, such as in Venezuela. Political violence leaves painful scars in societies, as it touches the structural levels of the state and the population, the public imagination is instrumentalized according to agendas and tactics, and systemic and daily violence is exacerbated. A review of the recent history of the American continent provides an account of immediate precedents. Argentina has been consistently steered in this direction since the rise of Kirchnerism as a governmental actor and social-political phenomenon.

Although there are sectors that dare to trivialize the event, there are facts about the assassination attempt, such as the identity of the assailant and his ideological background, in addition to the audiovisuals where the firearm aimed at Cristina Fernandez is clearly shown.

WHAT IS FACTUAL AND WHAT IS UNDER SUSPICION

The man who pulled the trigger is Fernando Andres Sabag Montiel, a car transporter by profession, who was carrying a .38 caliber Bersa pistol with five bullets. He fired just centimeters away from Fernandez, but the bullets did not fire. The subject was apprehended instantly.

The Argentine vice-president was in the vicinity of her home, between Juncal and Uruguay, in Recoleta (Buenos Aires), signing autographs and greeting sympathizers and militants, around 9 p.m. on Thursday, September 1st. Among the crowd, Sabaq Montiel unsuccessfully attacked her, in a move that indicates he was not acting alone. Página/12 reported that Cristina Fernández’s lawyer, Gregorio Dalbón, said that “security had failed”.

The same newspaper quoted the Minister of Security, Aníbal Fernández, who declared that “all actions were taken by the official bodyguards. More information will be available after the analysis. Let’s wait a little bit to give details about the weapon”.

The Federal Police, responsible for Cristina Kirchner’s custody, announced today, September 2, that “an interdisciplinary team” of that force was created for the investigation of the attack, which for the moment is in the stage of collecting “evidence for the case”.

The team is in charge of the National Court of First Instance in Federal Criminal and Correctional Matters 5, integrated by the Public Prosecutor’s Office and all the units of the Federal Police.

At the closing of this article, the detainee’s cell phone is being analyzed in the building of the Court of the Federal Capital of Argentina: it has already been accessed and all his messages are being examined.

If the thesis that there was an “action” (a plot) on the part of the Federal Police is confirmed, the plot would complicate  the current Argentine scenario. In a previous analysis we recalled the connection between the justice system, the intelligence and security services, the anti-Kirchnerist political class and the foreign political lobbies in Argentina, regarding the Emtrasur case, a conspiracy that can be extended to the undisclosed threads behind the assassination attempt.

But there is more data that contradicts the unfortunate lone wolf theory, which hypothesizes that it was an individual job.

Sabaq Montiel had appeared just a few weeks ago on Crónica TV, a news channel of the Olmos Group, known for its yellow journalism and political sensationalism. At the time of the video, he and his girlfriend spoke against the social plans for the most impoverished sectors of the country, a cut that went viral a few weeks ago.

This is Fernando André Sabag Montiel, alias “Salim”, the person arrested for the assassination attempt on Cristina Kirchner. A few weeks ago he was on a Crónica mobile. pic.twitter.com/68u7JOY8NU

In this other one, he appears as one more passerby, eager to contribute to the channel’s report, to testify against the appointment of Sergio Massa as a member of President Fernandez’s cabinet.

In March 2021, Sabaq Montiel “was intercepted by the police in a black Chevrolet Prisma, without a license plate, claiming to be an employee of a telephone company. When opening the doors, the police found a 35-centimeter long knife. Because of this episode, a misdemeanor report was drawn up and Prosecutor’s Office No. 8 intervened, although the file was shelved some time later”, reports Página/12. 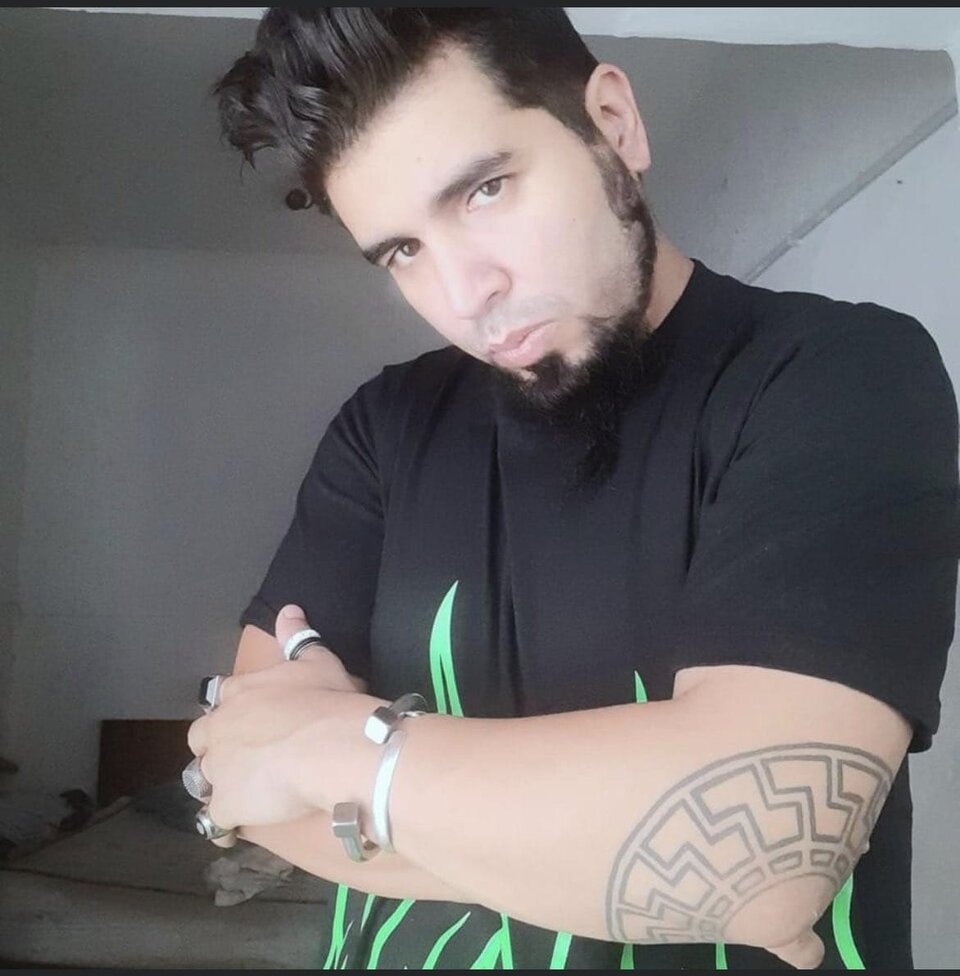 He also has esoteric symbols tattooed on his skin related to extreme right-wing ideologies, such as Nazism. Among them, the black sun, Sonnenrad or wheel of the sun, is tattooed on his elbow. It is an esoteric symbol made fashionable by Nazi general Heinrich Himmler and is widespread in today’s far right, seen hundreds of times in and around Ukraine. Payton S. Gendron himself, the murderer behind the massacre in Buffalo (United States) in May, wore the symbol on his bulletproof vest and members of the Azov Regiment had it tattooed.

In any case, what we can affirm is that the attack was not “an act of individual violence”, as described by the opposition politicians and former Security Minister Patria Bullrich, a member of the Montoneros guerrilla organization and probably an important political figure in the United States, but rather a political crime by all accounts. Whether it is a “lone wolf” or a plot, the accumulation of psychological, media, political and judicial operations against Fernández herself has created a social climate for the opening of a scenario of shocking political violence like the present one.

THE IDEOLOGICAL APPARATUS OF HATE

Since Kirchnerism took over the reins of the state, criminalization and propaganda campaigns have been the daily bread in Argentina.

The figures of Néstor Kirchner and Cristina Fernández de Kirchner have been systematically attacked with a variety of maneuvers ranging from the media to the judiciary, including political and now violent confrontations. In her two presidential terms, and now as vice-president, Fernandez has experienced escalating aggressions and attempts to annul her political and militant role by the most reactionary national and even international sectors.

In 2009, during a flight of the presidential helicopter where President Cristina Fernandez and her husband, then Deputy Nestor Kirchner, were flying to Buenos Aires, the radio communication was intercepted and voices were heard alluding to her crew members. “Kill the bitch”, “Kill her”, were the phrases that appeared together with a fragment of “Avenue of the Camellias”, a military march that accompanied for years the communiqués of the last dictatorship. The interference could have been in itself enough to cause danger: “If they had given instructions to an airplane, said pilot Jorge Pérez Tamayo, it could have collided in the air”.

The current Argentine president is not the only important actor in the country to call for the repudiation of this type of strategic campaign. Adolfo Pérez Esquivel, Nobel Peace Prize winner, called to “prevent the mafia of hate from advancing”. Nora Cortiñas, co-founder of Mothers of Plaza de Mayo, denounced:

“It is not possible to tolerate this hatred, nor this poison that the right wing spreads. They spread poison. This hatred has been growing in the right wing in an unusual way, there is a violence against Cristina as a result of the manifest hatred that until now did not reach this level”.

Thus, the violent instrumentalization of hatred is a component that is recognized as being at the core of political confrontation (remember the “Viva el cáncer” graffiti for the death of Eva Perón), in the understanding that every discursive and symbolic action, well nourished and extended to all spheres of society, is capable of producing different responses in physical reality.

In this sense, the case can be understood from the point of view of “stochastic terrorism”, which according to the Spanish academic Miguel Palomo is a “notion that comes to point out acts of terrorism carried out by lone wolves that have been fed with information that continuously reinforce their radical ideology acquired gradually through disinformation, the functioning of communication networks and echo chambers [sounding boards]”.

The attack was an act of magnicidal terrorism; shock and social consternation within a context of political insecurity that the Argentine scenario reveals is a forceful terrorist element. The social and political psyche constantly bombarded with ideological and disinformation toxicity is also a norm in media terrorism operations, with practical implications in the political and social field.

Today they act surprised and come out to repudiate, but they have been endorsing this for years. I don’t believe them one bit. pic.twitter.com/sbGD1EsdPv 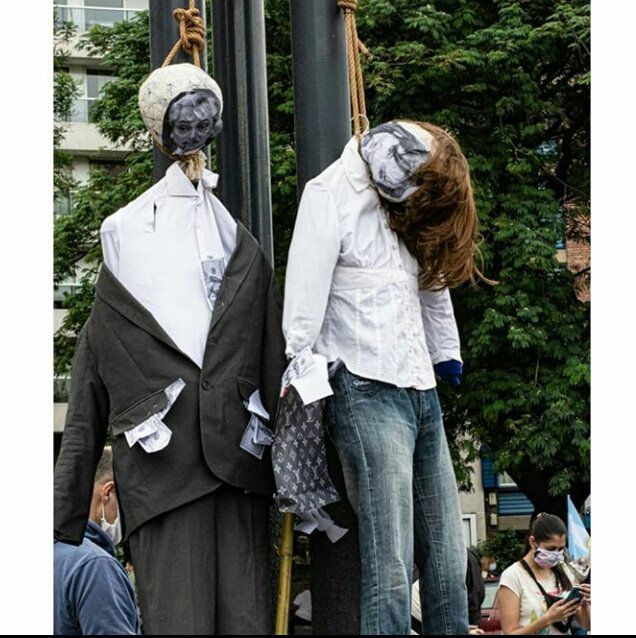 Cristina Fernández has been the protagonist of many front pages in the Argentine press, this time for the so called Vialidad case, in which she is targeted for conviction for allegedly favoring businessman Lázaro Báez in the concession of public works in Santa Cruz.

Prosecutors Diego Luciani and Sergio Mola requested 12 years of imprisonment for the current vice-president and perpetual disqualification from holding office, after accusing her of leading an illicit association to defraud the state.

Faced with the court’s rejection of her request to speak, the Peronist leader reported on social networks, on August 24, that she was facing a “media-judicial firing squad”, and alleged that the sentence was already signed before the beginning of the case. She described the corruption within the Judiciary as a feast for its agents, in this case the prosecutors, presidents of courts, judges and key members of the Federal Chamber of Cassation, who have ties with Macrismo and other opposition power groups.

“Lawfare has an upper echelon. We Argentines have always gone a little further. When we lived through the tragedy of the genocidal dictatorship, it was the bloodiest of all (…) In this farce that is lawfare in Latin America today, when there are no longer military parties, but there is a Judicial Party, they go a step further. Here it is not about stigmatizing or confusing the popular governments with illicit associations, now they protect those who actually steal in the country”.

With Vialidad, the vice-president accumulated 10 judicial cases, seven of them under the charge of federal judge Claudio Bonadio, who died in 2020. Five of these cases are awaiting an oral trial after her indictment, the courts have closed the investigation stage and now another court will judge her guilt.

So we are in the presence of a persecution, in the search to erase Cristina Fernandez from the political, national social and physical scene, less than a year before the presidential elections of 2023. Instability is the new stability in Argentina (and in much of the American continent for some years now), with lawfare as a central element in the institutional dynamics.

Now, the ingredient of political violence is added to a highly volatile scenario of uncertainty in the southern country. An assassination attempt is proof that Argentina has reached a threshold not crossed since the years of the last military dictatorship, when State terrorism operated in collusion with the judicial powers and death was a politically accepted remedy.