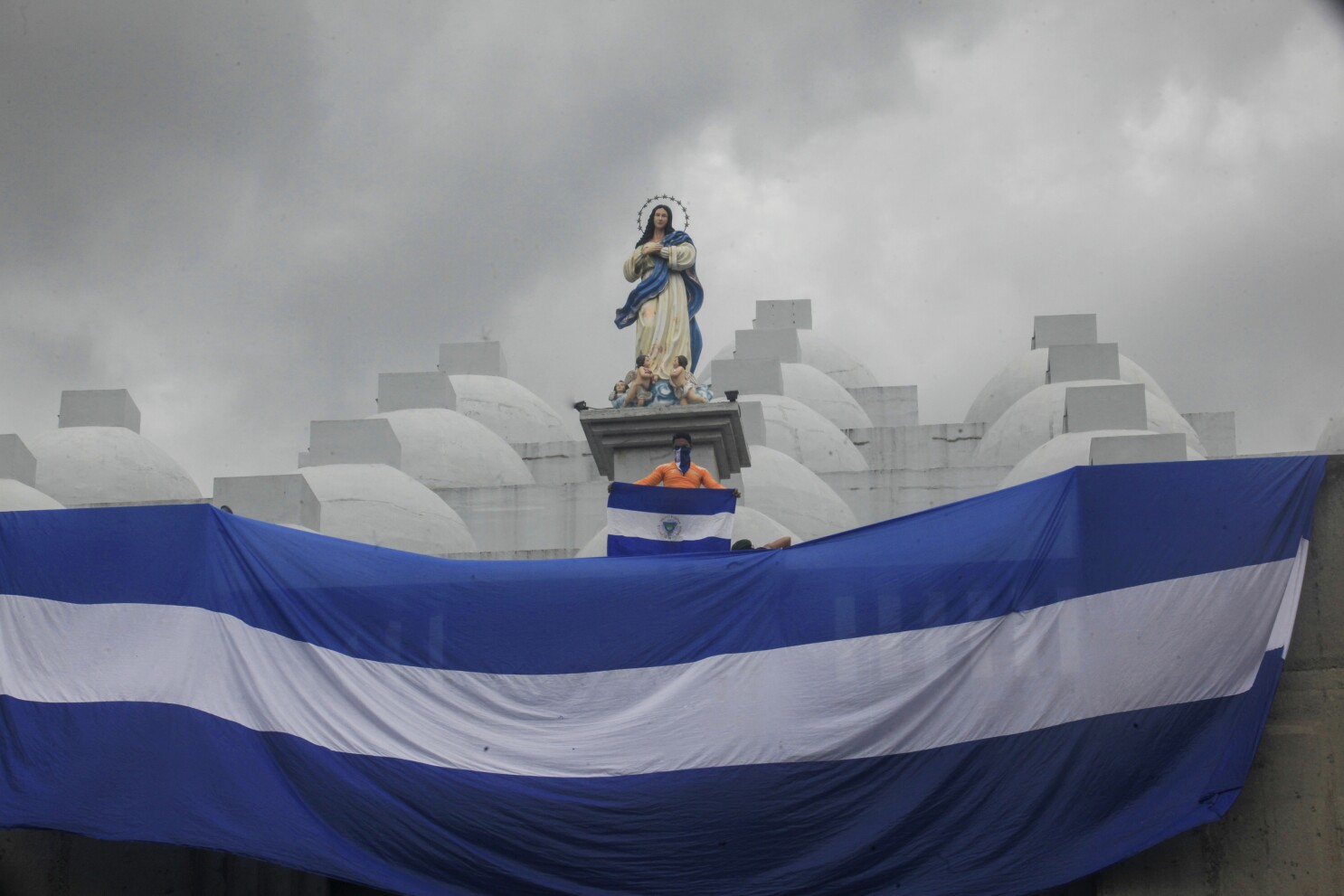 Religion, faith or feelings of spirituality are broad arteries of the human psyche that connect with the deepest fibers of our emotions. This is not new and throughout history these feelings have been used for or against political projects.

Nicaragua, today is the victim of massive attacks by transnational mega corporations that spread falsehoods and try to manipulate the population to generate social discontent.

Using the CNN effect, the Central American country is being besieged communicatively through the creation of opinion matrixes around the subject of religion, church, bishops, Christianity, faith, Catholicism.

In the international media there is talk of persecution of bishops, closure of churches, closure of radio stations….

In social networks, images of churches and Catholic altars burned, desecrated and destroyed in countries such as Chile and Guyana are going viral, implying that this is the reality in Nicaragua.

Also, there are posts about the prohibition of the practice of Catholicism in Nicaragua[1]. All news are false opinions issued without knowing the situation of the Nicaraguan reality.

For this reason, it is important to clarify some conjunctural issues regarding such falsehoods issued:

On the alleged “persecution” of bishops

The hegemonic media speak of “persecution” of bishops without mentioning that under the auspices of the high authorities of the Catholic Church, the Diocese of Matagalpa headed by Bishop Rolando Álvarez, who, taking advantage of their condition of “religious leaders”, used the media (radios, radio, television, etc.) to persecute the bishops, used the media (radios) and social networks to try to organize violent groups, inciting them once again to carry out acts of hatred against the population, provoking an atmosphere of anxiety and disorder, altering the peace and harmony of the community, with the purpose of destabilizing the State of Nicaragua and attacking the constitutional authorities.

They highlight falsehoods without indicating that Mr. Alvarez, who is a member of the episcopal conference of Nicaragua, has a background in manipulation and hate speeches to promote violence, that he was a political activist during the failed coup attempt in 2018, whose escalation of violence left a balance of 199 Nicaraguans dead in street clashes, within them 22 policemen.

It seems that these media overlook that being a hierarch of the Catholic Church does not give the power to use his status as a “religious leader” to manipulate and incite hatred among parishioners.

In this regard, the Nicaraguan Police, as the competent authority to guarantee peace and citizen security, only established measures to protect the population so that these events do not happen again.

On the prohibition of Catholicism in the country

In Nicaragua no one prevents prayer and spiritual exercise, on the contrary, the State is clear of the cultural roots of the Nicaraguan people and promotes the worship of their beliefs. Ninety percent of the Nicaraguan population is Christian, and half of that 90% are Catholics by origin, with different levels of practice and presence (in their religious activities).

Nicaraguans express their Catholic or Christian faith in all possible ways, even the most diverse: The Patron Saint festivities, the celebration of the Purisima, the Christian Christmas, the nativity altars and the altars of the Virgin Mary in Managua and in the main cities and squares of the country. Nicaragua is one of the Latin American countries that most promotes the exercise of religious practice based on the freedom of each citizen[2].

On the closing of the media

In Nicaragua there are more than 50 radio stations that broadcast Christian messages, 5 departmental and 2 national cable television channels, open-air campaigns, house-to-house evangelization, distribution of thousands of biblical pamphlets.[3] All the existing radio stations in Nicaragua have been closed down.

All existing radio stations in Nicaragua are within a legal framework and must comply with the regulations of Law 200 “General Law of Telecommunications and Postal Services”, which aims to regulate telecommunications services and postal services, and establish the rights and duties of users and operators, under conditions of quality, equity, security, and the planned and sustained development of telecommunications and postal services. No media is above the Law in Nicaragua. Those who violate the Law must be prosecuted, judged and shut down.

At present, the international media reproduce publications and fabricate stories at such a rate that they attempt to modify the psyche of the people, even pressuring governments to respond to such claims that are nothing more than distortions of the true national situation.

These events are strategies of the U.S. government and its useful national fools who cannot bear to see the resistance of a nation, which despite the media siege in which it has been forced to live and its current reality, shows no signs of surrender, nor of weakening its principles and values, defends its conquests and advances in Peace and Good.

“The unworthy adversary makes use of all weapons and takes advantage of them … to try to win the battle before public opinion, by force of lies”. (Commander Fidel Castro)

The foundation of this current disinfo campaign are threads such as this which are widely being mislabeled as Nicaragua despite the Chilean flag being clearly visible.https://t.co/kh58mHPoPv

These images are going viral on social media by people claiming it is Nicaragua, Matagalpa. However in reality it is Chile from a few years ago.

The current disinformation campaign against Nicaragua would have you believe there are riots on the streets of Matagalpa, yet life continues here as normal with little police presence, as I witnessed yesterday and today. pic.twitter.com/BjneWk4KTx

Sunday mass is packed, reports appear to be false pic.twitter.com/79VUy1SUnP

Another video being shared widely in this disinformation campaign is of a man stealing a holy book during church service.

People are claiming it's Nicaragua and that it happened in the past week.

It's actually Guyana in 2020 as some have pointed out.https://t.co/YGFHR7ub5H

More disinformation. While Father Alvarez is under investigation for planning violence, something he's been doing with impunity for at least 4 years, this is NOT the church in Matagalpa. https://t.co/DVvJbInoNt

The US Targets Nicaragua