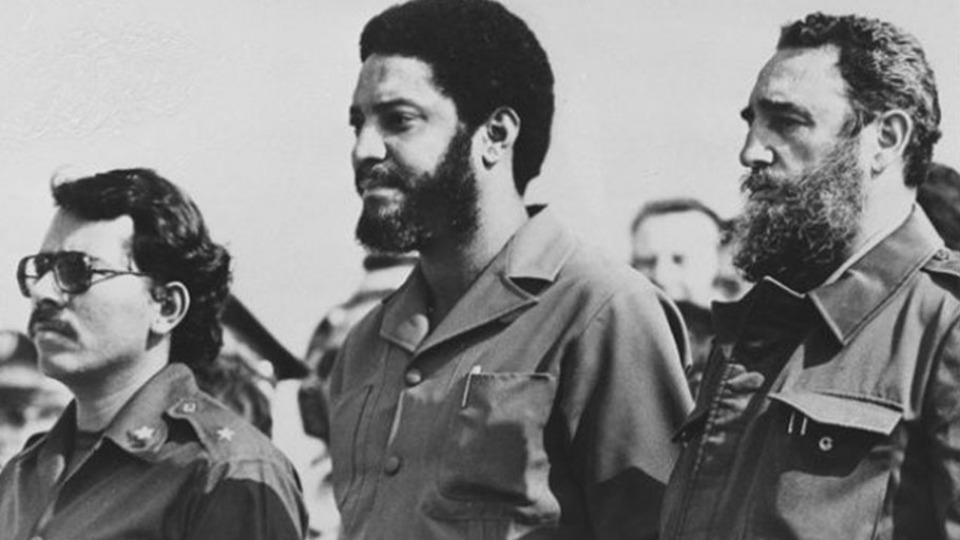 Zionist efforts to influence U.S. elections are not surprising, nor is their concern solely about policy towards Israel. The broader goal is to kill solidarity between the oppressed in this country and revolutionary forces abroad lest they find common ground and change the political landscape here.

It was as unlikely a scenario as anyone might have imagined. Leading up to the recent primary elections, Adam Hollier, a Black Michigan state senator, became the beneficiary of more than $4 million spent on his behalf by a super PAC of the American Israel Public Affairs Committee (AIPAC) in the contest for Michigan’s 13th Congressional district.

Hollier said the support was “a surprise,” but AIPAC had reasons for its actions. Journalist Andrew Lapin explained: “AIPAC and other pro-Israel groups made a late effort to mobilize around Hollier, perceiving [rival businessman Shri] Thanedar as a threat to the U.S.-Israel relationship because of legislation he once co-sponsored in the state House that described Israel as an ‘apartheid state’ and urged Congress to end U.S. aid to Israel.”

The proposed resolution urged the “Congress of the United States to enact policies that halt taxpayer funded aid to Israel, which supports the military detention of Palestinian children; the unlawful seizure, appropriation, and destruction of Palestinian property; forcible displacement, harm, and killing of civilians in the West Bank; or any further annexation of Palestinian land in violation of international law.”

Remarkably, AIPAC’s efforts failed. Lapin said: “Thanedar’s win nevertheless was notable for the pro-Israel lobby. It marked the group’s most expensive loss of the first primary season in which AIPAC directly spent on behalf of candidates.”

Notwithstanding the election outcome, the fact remains that many were unable to imagine a connection between a Michigan election and the struggle against settler colonialism in Palestine. The Hollier experience is instructive not only because it demonstrates a willingness by Zionist forces to intervene in what many considered an election irrelevant to events in the Middle East, but also because it shows Zionists’ zeal for attacking not only critics of Israel, but also those individuals who pose no threat to the settler state at all. For example, Lapin reported: “Thanedar later walked back his legislation, telling Jewish Insider that it had been an ‘emotional reaction’ to last year’s conflict between Israel and Hamas in Gaza and that he would support Israel in Congress.”

Zionist meddling in a Michigan election may have been an eye-opener for many, but the lessons to be learned are larger and broader than the potential consequences for political candidates who Zionists believe are “wrong” on issues related to Palestine. Zionism is a stepchild of imperialism, which is evident from its embrace of the imperialist enterprise of controlling oppressed populations. It is this imperialist practice of controlling political thoughts and actions that minimally must be recognized by all oppressed people so that they may more readily understand their shared plight and objectives.

From the perspective of Zionists, imperialists and capitalists of all stripes, solidarity among the oppressed and revolutionary forces that fight for them is a dangerous thing that must be nipped in the bud whenever and wherever detected. In his book Jamaica Under Manley, author Michael Kaufman explained:

“From 1960 Cuba had been the overriding Caribbean preoccupation of U.S. policymakers and military apparatus…The important factor was that the U.S. government did not want the island to serve as an example to others in the Caribbean and Latin America. The establishment of a cordial relationship between Cuba and Jamaica, Fidel and Michael [Manley] was seen as a chink in what had been solid armor.”

It has been a consistent theme. In the early 1980s, Grenada’s Prime Minister Maurice Bishop found a smoking gun. In a speech in New York, he reflected on the reasons for U.S. animosity toward the New JEWEL Movement’s revolution. He said:

“They give all kinds of reasons and excuses – some of them credible, some utter rubbish. We saw an interesting one recently in a secret report to the State Department…That secret report made this point: that the Grenada revolution is in one sense even worse – I’m using their language – than the Cuban and Nicaraguan revolutions because the people of Grenada and the leadership of Grenada speak English, and therefore can communicate directly with the people of the United States…But I want to tell you what that same report said that also made us very dangerous. That is that the people of Grenada and the leadership of Grenada are predominantly Black. They said that 95 percent of our population is Black … and if we have 95 percent of predominantly African origin in our country, then we can have a dangerous appeal to 30 million Black people in the United States.”

To crush the revolutionary menace posed by tiny Grenada, the U.S. launched a full-scale military invasion. But less extreme measures are in the arsenal. In 1976, ex-CIA agent Philip Agee toured Jamaica, all the while blowing the whistle on the methods his former employer used to remove revolutionary governments. Kaufman wrote: “These [methods] included spreading false information in the local and foreign press, funding oppositional groupings, supplying arms and logistical support, and helping plan disruptions and paramilitary operations.”

With these facts in mind, African and other oppressed communities in the U.S. need not react with astonishment when there is outside meddling in the politics of their communities. In the case of Michigan’s congressional races, the funding of opposition candidates is a tactic straight out of the imperialist play book.  This might be disturbing to some, but in an odd sort of way such interference should instead inspire a sense of power. To be targeted in such a way means a U.S. community is regarded by imperialism as no different from struggling Palestinians, the noble revolutionary people of Cuba, and the struggling masses found throughout Africa, Asia, Central and South America, and everywhere else people fight for liberation. That’s mighty good company, and the global unity of oppressed humanity that will one day emerge will destroy the forces that have caused misery for so many.

Mark P. Fancher is an attorney and writer. He is a member of the Black Alliance for Peace Africa Team and the All-African People’s Revolutionary Party. The views expressed are his own and do not necessarily reflect the views of organizations with which he is affiliated. He can be contacted at mfancher[at]comcast.net.