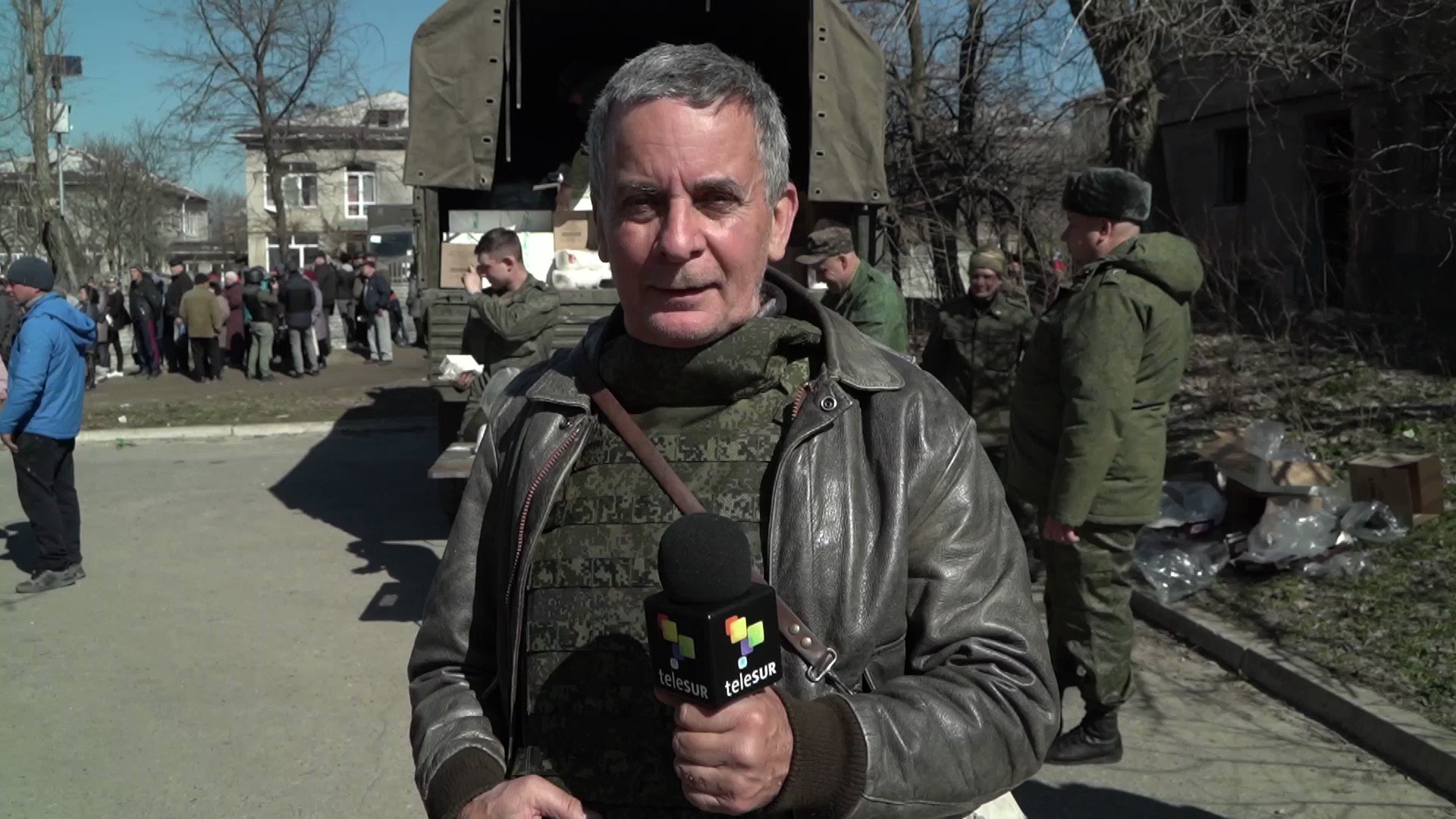 Cognitive warfare” consists of disarticulating Cartesian reasoning and replacing it with one that “seems” logical, but in reality is a manipulated representation of reality.

Ukraine: how to unlearn

A few days ago, the Ukrainian government announced that it had ordered the shutdown of one of the reactors of the Zaporizie nuclear power plant in the center-south of the country, due to a Russian attack that damaged accessory installations, and warned the world of the danger of a nuclear disaster in the center of Europe.

The news was thus disseminated throughout the Western world, and practically no media noticed a fundamental detail: Ukraine cannot shut down reactors, because since April the facilities and the nearby city of Energodar have been under Russian control, a fact which the “information” indirectly casts doubt on.

According to the “news” spread, then, Russia is attacking the nuclear power plant that it itself manages, and which provides electricity to the entire surrounding region, also under Russian control, with the evil purpose of blaming Ukraine.

In addition, and for reasons that have nothing to do with lack of information, the International Atomic Energy Agency itself refuses to investigate, and assumes an ambiguous position, thus adding to the disinformation.

A few seconds of reflection would be enough for anyone to conclude that this is an absurd scenario, but the opposite is true: voices condemning Russian irresponsibility are raised throughout the Western world. It is a conditioned reflex.

These scenarios have been repeated every day since 24 February, when Russia launched military operations in Ukraine, and in all of them, Moscow appears as a capital run by a gang of evil idiots unleashed in a mad and unrestrained war, and they are losing.

According to my observation after months in the war zone, there are two distinct conflicts: one, the one narrated by the Western press, and the other, the one happening on the ground, which remains hidden.

Cognitive warfare” consists of dismantling Cartesian reasoning and replacing it with one that “seems” logical, but in reality, is a manipulated representation of reality. A matrix idea is planted in the collective, assimilated in each person, which becomes the premise from which everything that happens is judged.

This makes people with formal education and a high intellectual level begin to accept unconditionally directed and arbitrary information from multiple sources -formal and informal-, to elaborate conclusions that in their mind appear as their own reflection.

It is a technique that advertising has always used, but at least since the first Gulf War (1991) it has been taking shape in the media, which until then operated with relative autonomy under the liberal standards of journalism, with certain spaces for pluralism.

Traditional intelligence operations or psychological warfare were replaced by the kind of massive and subtle manipulation that the new media were allowing.

After the Vietnam War, military commanders realised that it was not enough to give false information: they had to control reporters directly, without them necessarily being aware of it.

Fake news was always there, but more in a crude way, like the exchange in 1897 between the newspaper businessman Randolph Hearst and his special envoy to Havana: “Please stay: you give me the illustrations and I’ll organise the war for you”, and the illustrator, Frederic Remington, did his thing: a drawing with Spanish policemen and a naked Cuban passenger on a US ship was the “proof” that the slightest rights were being violated.

A year afterwards, a bomb sank the US destroyer “Maine” in Havana Bay, killing 260 sailors. Hearst’s newspapers immediately attributed the bomb to Spain, and thus began the war that would end Spanish colonial rule in Cuba, to be replaced by a semi-colonial American one, which would last until 1959.

In August 1964, US President Lyndon Johnson initiated military intervention in Vietnam on the basis of an alleged Vietnamese attack on warships in the Gulf of Tonkin. Such an attack never happened, but to this day the press defines Tonkin as an “indecent mix-up”, despite the fact that since 2000 declassified documents prove that it was a deliberate hoax.

The mainstream corporate media have always been willing to reproduce and magnify such incidents, and from there create post-truths. The difference today is how these messages reach our subconscious, and determine our thinking.

The medium and the message

Technology allows social networks to be invaded by false messages produced in series by non-existent users. These are called bots. The targeted message is fed by the analysis of internet users’ behaviour, which classifies and determines tastes, preferences, fears and addictions. It works through key words and phrases, which are repeated until they become dogma.

The mainstream media – international agencies, television channels – participate in this mechanism by creating or reproducing this type of messages, providing the supposed reliability that their professional background and status gives them.

Everything indicates that they often act in a coordinated manner: on 7 November 2020, seconds afterwards the US agency Associated Press released a dispatch with unofficial data on the presidential election, all the major Western media declared Joe Biden the undisputed winner, and – together with the social networks – cut off all channels of expression to the incumbent president, Donald Trump, who alleged fraud.

This unusual event was greeted with applause from virtually the entire spectrum of Western public opinion, which was already prepared for it, in part thanks to Trump’s own caricatured behaviour. Few wanted, or dared, to question a global media and social media conglomerate censoring a sitting President, and establishing a single truth, without the need for evidence or official data.

We don’t really know if there was fraud, and it doesn’t matter anymore. But we do know that the entire US corporate establishment set out to stop Trump, a dangerous spokesman for displaced or impoverished social groups, and with the capacity to disrupt institutionality, as the assault on Congress in January 2021 demonstrated.

The main weapons of this confrontation were the media and the social networking system, which nullified – at least temporarily – the insurrectionary attempts of Trump and his supporters, without firing a shot. With the Democrats, the wars, and global tension, returned.

On the real battlefield, there is no more “front line” or massed infantry assaults. Where once battle was defined by the type of weapons available, today weapons are made for the type of war they will be fighting.

In the late 19th century, armies could see but not harm each other if they were more than a thousand or 1,500 metres from each other. This changed when weapons capable of striking beyond three or four kilometres, which is the normal range of sight, were produced.

Today the contenders hardly have the opportunity to see each other and fight hand-to-hand. In the Donbas, infantry come into action at the stage of territorial control, in urban or semi-urban fighting, when artillery exchanges and long-range missile operations have already determined the main course of the battle.

The Russian offensive is developing in all directions, pressing in depth, and creating small pockets around towns and villages, but without establishing closed sites, in what appears to be a tactic of attrition to force withdrawal or surrender, and to avoid massive destruction such as that experienced in Mariupol.

From the outset, Ukrainian forces barricaded themselves in homes, schools, hospitals, in the hope of evading enemy artillery. They did not organise or simply prevented – with bullets – the evacuation of civilians. There are thousands of testimonies of this, dozens of them collected in Mariupol, Volnovaja and other places, by the writer of these lines.

In recent days, perhaps the least pro-Russian of the international organisations, Amnesty International, has denounced it.

These denunciations, however, have little impact on a Western population numbed by the cognitive deconstruction to which they are subjected, and which prevents them from seeing how fascism is growing under their noses, in their streets, workplaces and even in their homes.

A route to fascism cloaked in the garb of democracy and even left-wing progressivism, which supports the far-right regime in Kiev with arms and money, and engages in sanctions that harm its own population, its own economy and mortgages the future.

The single truth of denial labels those who report these facts as propagandists, agents or provocateurs in the service of Russia. Not even Amnesty International is spared.

Since the Gulf War (1991) and Yugoslavia (1999), the concept of “unrestricted war”, as defined by Qiao Liang and Wang Xiangsui, two colonels in the Chinese People’s Liberation Army, has been established, a situation in which anything goes, thanks to technology.

In his 1964 book Understanding the Media: The Extensions of the Human Being, the Canadian Marshall McLuhan put forward the phrase “the medium is the message”, i.e., the way the message is transmitted determines the message itself. Twitter or TikTok are today perhaps the best example of how the format defines the content.

“The message of any medium or technology is the change of scale, rhythm or pattern it introduces into human affairs,” wrote McLuhan.

Thus, if Randolph Hearst was able to install the idea of justice in a war of prey, with a false message – an illustration – that reached hundreds of thousands of people, today that same false message reaches billions like a deluge, in various formats, uninterruptedly, moulding the subconscious with a matrix that the consciousness elaborates as its own informed reflection.

The war, according to this, is the work of Putin, an evil dictator who leads hordes of unscrupulous soldiers, looters, rapists of children and women, to take over first Ukraine and afterwards the rest of Europe. Asian hordes reminiscent of the Huns.

This is nothing new: in their retreat, since 1943, the same Nazis who had devastated the Soviet Union, terrorised the German population with warnings to “protect our women and children from the Bolshevik beast”.

That is why, against all logic, the majority of the Ukrainian population and the Western world believe that it is Russian forces that are dropping hundreds of tiny anti-personnel mines, known here as “petals” or “butterflies”, on the streets of Donetsk, which maim legs and arms and kill children.

Also Russian are the 155 mm shells that land in neighbourhoods and the city centre. Or with high precision in schools and hospitals. Russians attacking a Russian-speaking population that supports and identifies with them.

It has always been a mystery to this writer why renowned German scientists and doctors gave themselves unreservedly to the brutalities of Nazi ideology, applying all their knowledge to “proving” Aryan racial superiority, measuring skulls, drawing lips, ears and noses, or classifying the colour of palates. And enthusiastically joining in the total elimination of any Jews, Gypsies or Slavs who crossed their path.

The same thing is happening today.

On the recent attack on the hotel and theater in the city of Donetsk, teleSUR special correspondent Alejandro Kirk interviewed activist Eva Bartlett.