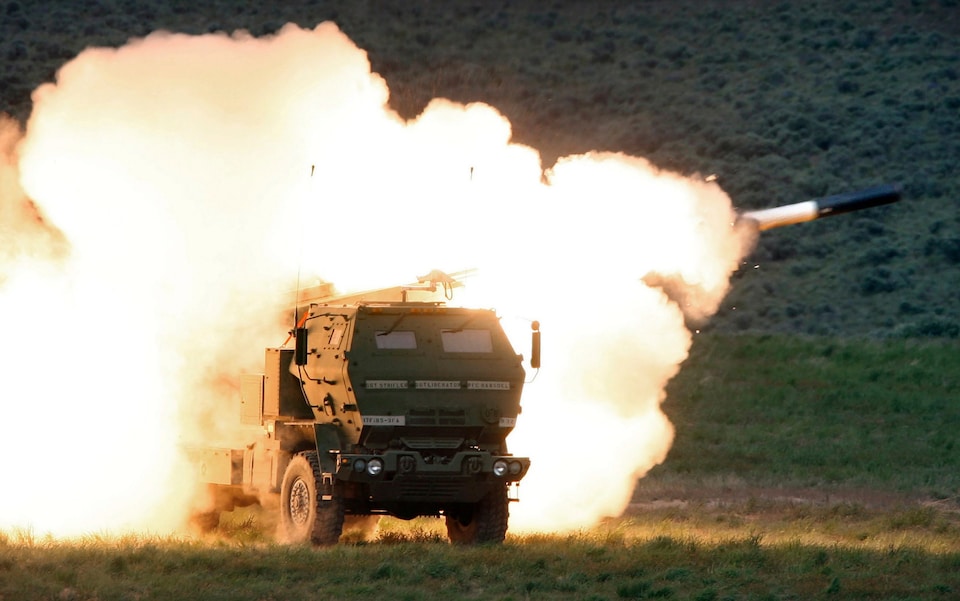 Moscow has seized on this admission to charge the U.S. with direct involvement in the Ukraine War.

Asked by the Telegraph how the HIMARS have so precisely targeted Russian fuel and ammunition depots (at least this is what the Kyiv regime has alleged—ed.), as well as battlefield headquarters in eastern Ukraine, General Skibitsky replied, “in this case in particular, we use real-time information.”

U.S. officials are not providing direct targeting information, Skibitsky claimed, because it would potentially undermine their case for not being direct participants in the war.

However, he suggested that there was a level of consultation between intelligence officials of both countries prior to launching missiles that would allow Washington to stop any potential attacks if they were unhappy with the intended target.

“It is [the] Biden administration that is directly responsible for all Kyiv-approved rocket attacks on residential areas and civilian infrastructure in populated areas of Donbas and other regions, which have resulted in mass deaths of civilians,” Konashenkov said. “No one else in Ukraine or in the world should have any doubts that HIMARS strikes on Novaya Kakhovka on July 12, on Stakhanov on July 17, on Krasniy Luch on July 24, dozens of strikes on Donetsk, and, of course, the July 29 strike on the detention facility in Elenovka, which killed 50 and injured 73 Ukrainian POWs, were planned by [the] Zelensky regime and approved by Washington.”

“Political, criminal and moral responsibility for the Elenovka massacre and other war crimes in Ukraine, along with Zelensky, lies directly with [the] Biden administration,” he concluded.

On July 28, the Russians released the video of an Azov soldier, Dmytro Kozatsky, who accused Zelensky’s adviser, Oleksiy Arestovych, of ordering the creation of shock videos showing Azov Battalion members torturing and murdering Russians POWs in order to deter other Russians from fighting against Ukraine.[1]

According to Moon of Alabama, a political blogger, Kozatsky’s statement was enough to put Arestovych in jail for a very long time. Arestovych allegedly responded by sending the HIMARS missiles to kill the prisoners in Elenovka who were talking to the Russians and making accusations against him.

If indeed Ukraine, and the U.S., was responsible for the Elenovka prison bombing, it would fit a pattern of war crimes documented in a new report by Amnesty International.

The report concluded that Ukraine repeatedly violated the laws of war in the Kharkiv, Donbas and Mykolaiv regions; the Kyiv regime has “put civilians in harms way by establishing bases and operating weapons systems in populated residential areas, including in schools and hospitals.”

According to Amnesty’s researchers, viable alternatives were available to the Ukrainian forces that would not endanger civilians by inviting retaliatory strikes on them, such as military bases or densely wooded areas nearby. Even worse, when the Ukrainian army occupied civilian buildings, they did not ask residents to evacuate or assist in that evacuation.

Ukrainian soldier preparing howitzer for launch in eastern Ukraine. Amnesty International documented the Ukrainian armies illegal use of hospitals and schools as military bases in the war. According to the report “at 22 out of 29 schools visited [in eastern Ukraine], Amnesty International researchers either found soldiers using the premises or found evidence of current or prior military activity—including the presence of military fatigues, discarded munitions, army ration packets and military vehicles. [Source: aljazeera.com]

On August 1, the Biden administration authrized another $550 million in arms and equipment from the Pentagon to Ukraine, bringing the overall total of military assistance to a whopping $8.7 billion.

The latest aid package includes more ammunition for the HIMARS and 155mm artillery systems, which on August 4 were used by the Ukrainian army in the bombing of a funeral ceremony for a Russian Colonel near Donetsk city center (a 12-year-old child was among those killed).

In late June, The New York Times reported on a secret U.S. operation involving U.S. commandos and spies who coordinate weapons deliveries and provide intelligence and training to Ukrainian special forces, largely at U.S. bases in Germany and Poland.

The Times further reported that “some CIA personnel have continued to operate in the country secretly, mostly in the capital, Kyiv, directing much of the vast amounts of intelligence the United States is sharing with Ukrainian forces, according to current and former officials. At the same time, a few dozen commandos from other NATO countries, including Britain, France, Canada and Lithuania, also have been working inside Ukraine.”

After a meeting in Brussels this month, Gen. Mark A. Milley, second from the left, and military leaders from nearly 50 countries pledged to increase the flow of advanced artillery to Ukraine. Defense Secretary Lloyd Austin III is in the center. [Source: nytimes.com]

On a street in Bakhmut, a town in the hotly contested Donbas region of eastern Ukraine, The Times reporter observed a group of Ukrainian special forces that had American flag patches on their gear and were equipped with Belgian and American assault rifles.

These revelations all give further weight to Russian assertions about extensive U.S. involvement in a war that is quickly turning into another Vietnam-type quagmire.

In an August 1 column criticizing Nancy Pelosi’s visit to Taiwan, Friedman wrote that “the Ukraine war is not over. And privately, U.S. officials are a lot more concerned about Ukraine’s leadership than they are letting on. There is deep mistrust between the White House and President Volodymyr Zelensky of Ukraine—considerably more than has been reported.

“And there is funny business going on in Kyiv. On July 17, Zelensky fired his country’s prosecutor general and the leader of its domestic intelligence agency—the most significant shake-up in his government since the Russian invasion in February. It would be the equivalent of Biden firing Merrick Garland and Bill Burns on the same day. But I have still not seen any reporting that convincingly explains what that was all about.

“It is as if we don’t want to look too closely under the hood in Kyiv for fear of what corruption or antics we might see, when we have invested so much there.”

These comments are especially significant because of their source.

They indicate that the mythic narrative about Zelensky and illusions sustaining public support for the war are no longer believed at elite levels and have been shown to be fraudulent.