A massive fire at an oil storage facility in Matanzas, Cuba, has left dozens injured, 17 missing and at least one dead. Venezuela and Mexico sent specialized crews to help. The U.S. offered “technical advice” but has not responded to calls to lift devastating sanctions.

Planes from Mexico and Venezuela arrived early Sunday in Cuba to support the fight against the fire in the industrial zone of the western city of Matanzas.

The first to arrive was a Boing 737-700 of the Mexican Airforce Force with 62 military personnel and 16 experts in the oil area. Brigadier General Juan Bravo led the group that was deployed on the express orders of Mexican President Andrés Manuel López Obrador.

A Conviasa aircraft from Venezuela arrived a few hours later with solidarity aid to help quell the large-scale fire.

It carried 35  Petroleos de Venezuela (PDVESA ) specialists and approximately 20 tons of consumables (foam) and chemical powders to control the blaze.

On Twitter, Venezuelan President Nicolás Maduro “expressed his solidarity with Cuba and the people of Matanzas, given the accident at the Supertanker Base. Receive the Bolivarian embrace; you are not alone! We are fully available to provide the necessary assistance,” he said.

The Cuban Minister of Transport, Eduardo Rodríguez, and authorities of the province of Matanzas were on hand at the Juan Gualberto Gómez International Airport to welcome the highly appreciated assistance.
The accident in Matanzas industrial Zone started Friday evening after a lightning stroke in an oil storage tank. 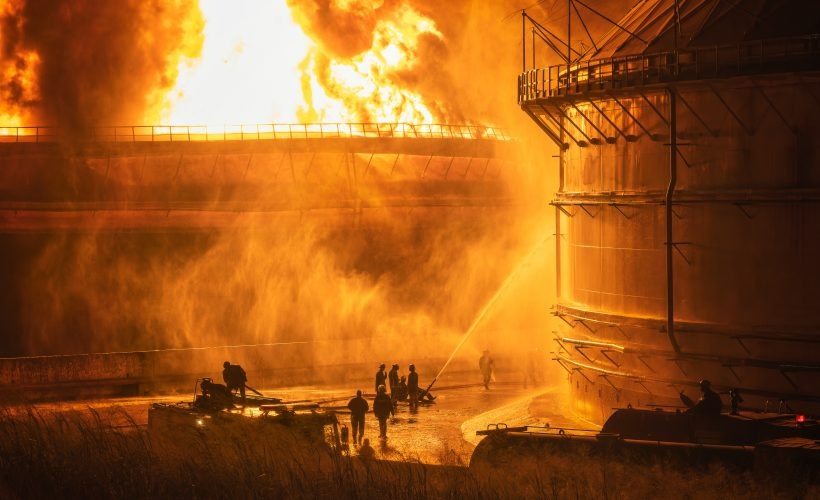 On August 5, in the Cuban province of Matanzas, lightning struck a storage tank of crude oil, containing about 25,000 cubic meters of oil, and caused a huge fire. In spite of the firefighters’ self-sacrificing work, the fire spread to a neighboring tank and caused several explosions. The fire has been extinguished for several days, the units of the Cuban Air Force continue working on the extinguishing tasks. According to official data, there are dead and missing, dozens of injured with burns of varying severity, about 2,000 people have been evacuated from the disaster area. Among the injured is the Cuban Minister of Energy and Mines, Liván Arronte Cruz.

The country’s President, Miguel Díaz-Canel Bermúdez, described the incident as a major and complex event, urged that priority attention be given to the victims and the families of the missing, and that as much fuel as possible be removed from the disaster area.

Cuba requested international assistance in the wake of the disaster that struck the country. The Russian Foreign Ministry and competent entities are in constant contact with the Cuban side to coordinate possible joint actions and provide the necessary assistance.

In these difficult days for Cuba we express our most sincere words of support to our Cuban friends, our deepest condolences to the families and relatives of the victims and our wishes for a speedy recovery to the injured.