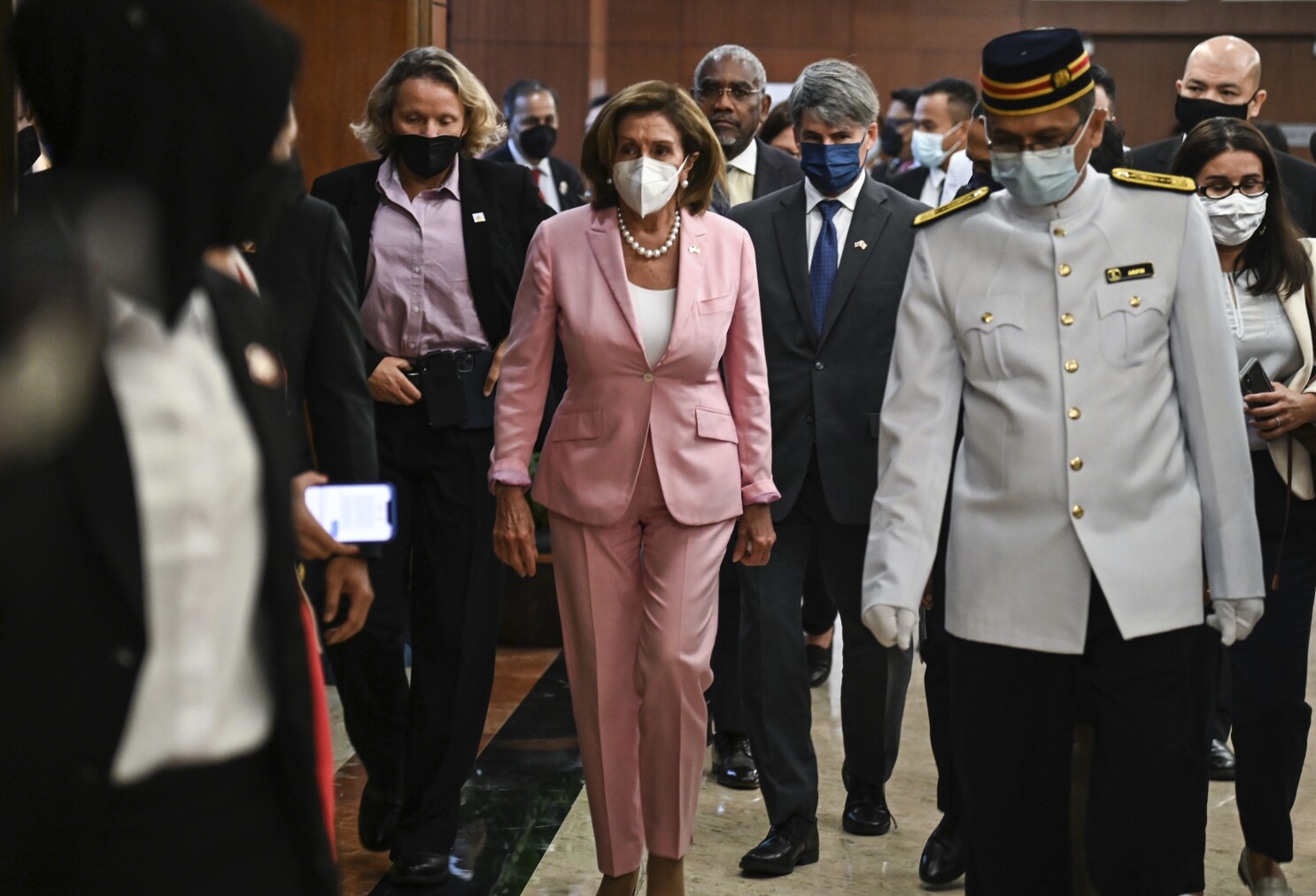 On 2 August, in disregard of China’s strong opposition and serious representations, Speaker of the U.S. House of Representatives Nancy Pelosi visited China’s Taiwan region. This is a serious violation of the one-China principle and the provisions of the three China-U.S. joint communiqués. It has a severe impact on the political foundation of China-U.S. relations, and seriously infringes upon China’s sovereignty and territorial integrity. It gravely undermines peace and stability across the Taiwan Strait, and sends a seriously wrong signal to the separatist forces for “Taiwan independence”. China firmly opposes and sternly condemns this, and has made serious démarche and strong protest to the United States.

There is but one China in the world, Taiwan is an inalienable part of China’s territory, and the Government of the People’s Republic of China is the sole legal government representing the whole of China. This has been clearly recognized by United Nations General Assembly Resolution 2758 of 1971. Since the founding of the People’s Republic of China in 1949, 181 countries have established diplomatic relations with China on the basis of the one-China principle. The one-China principle is a universal consensus of the international community and a basic norm in international relations.

In 1979, the United States made a clear commitment in the China-U.S. Joint Communiqué on the Establishment of Diplomatic Relations — “The United States of America recognizes the Government of the People’s Republic of China as the sole legal Government of China. Within this context, the people of the United States will maintain cultural, commercial, and other unofficial relations with the people of Taiwan.” Congress, as a part of the U.S. Government, is inherently obliged to strictly observe the one-China policy of the U.S. Government and refrain from having any official exchanges with China’s Taiwan region. China is all along opposed to the visit to Taiwan by U.S. congressional members, and the U.S. executive branch has the responsibility to stop such visit. Since Speaker Pelosi is the incumbent leader of the U.S. Congress, her visit to and activities in Taiwan, in whatever form and for whatever reason, is a major political provocation to upgrade U.S. official exchanges with Taiwan. China absolutely does not accept this, and the Chinese people absolutely reject this.

The Taiwan question is the most important and most sensitive issue at the very heart of China-U.S. relations. The Taiwan Strait is facing a new round of tensions and severe challenges, and the fundamental cause is the repeated moves by the Taiwan authorities and the United States to change the status quo. The Taiwan authorities have kept seeking U.S. support for their independence agenda. They refuse to recognize the 1992 Consensus, go all out to push forward “de-sinicization”, and promote “incremental independence”. The United States, for its part, has been attempting to use Taiwan to contain China. It constantly distorts, obscures and hollows out the one-China principle, steps up its official exchanges with Taiwan, and emboldens “Taiwan independence” separatist activities. These moves, like playing with fire, are extremely dangerous. Those who play with fire will perish by it.

The position of the Chinese Government and people on the Taiwan question has been consistent. It is the firm commitment of the more than 1.4 billion Chinese people to resolutely safeguard state sovereignty and territorial integrity. It is the common aspiration and sacred responsibility of all Chinese sons and daughters to realize the complete reunification of the motherland. The will of the people is not to be defied, and the trend of the times cannot be reversed. No country, no forces and no individual should ever misestimate the firm resolve, strong will and great capability of the Chinese Government and people to defend state sovereignty and territorial integrity and to achieve national reunification and rejuvenation. China will definitely take all necessary measures to resolutely safeguard its sovereignty and territorial integrity in response to the U.S. Speaker’s visit. All the consequences arising therefrom must be borne by the U.S. side and the “Taiwan independence” separatist forces.

China and the United States are two major countries. The right way for them to deal with each other lies only in mutual respect, peaceful coexistence, no-confrontation and win-win cooperation. The Taiwan question is purely an internal affair of China, and no other country is entitled to act as a judge on the Taiwan question. China strongly urges the United States to stop playing the “Taiwan card” and using Taiwan to contain China. It should stop meddling on Taiwan and interfering in China’s internal affairs. It should stop supporting and conniving at “Taiwan independence” separatist forces in any form. It should stop its acts of saying one thing but doing the opposite on the Taiwan question. It should stop distorting, obscuring and hollowing out the one-China principle. It must take credible actions to observe strictly the one-China principle and the provisions of the three China-U.S. joint communiqués, deliver on the “five noes” commitment made by the U.S. leadership (i.e. not seek a “new Cold War”; not seek to change China’s system; the revitalization of its alliances is not against China; not support “Taiwan independence”; not look for conflict with China), and not go further down the wrong and dangerous path.

Ministry of Foreign Affairs of the People’s Republic of China