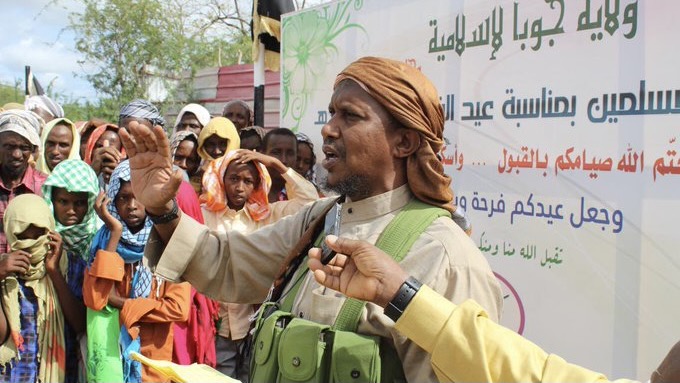 Al-Shabaab’s key financier, Fuad Mohamed Khalaf aka Shongole, sanctioned by the UN since 2010 and carrying on his head a five million dollar bounty offered by the US in 2012, was reportedly killed on the Ethiopia-Somalia border on Friday, July 29. Al-Shabaab is an Al-Qaeda affiliated Islamist extremist organization.

These Al-Shabaab leaders were killed along with at least 150 fighters in fierce hours-long battles after the ENDF and Ethiopia’s Somali regional State’s special forces responded to yet another attack on the towns of Aato and Yeed. The two towns in southwestern Bakool region of Somalia along the Ethiopian border are protected by security forces of Ethiopia’s southeastern Somali regional State as per the bilateral security arrangements between the governments of Ethiopia and Somalia.

Later that night, Ayalew said, “The terrorist group regrouped its scattered forces and tried to infiltrate into Ethiopia and.. attack.. the area bordering Somalia.” Several airstrikes targeted Al-Shabaab’s vehicles on July 29 and July 30 in the towns of Garasley and Lagalaay in Somalia.

The fighting began on July 20, when Al-Shabaab launched simultaneous attacks on four different towns in Somalia along the Ethiopian border. The two towns of Yeed and Aato were run over by its fighters who killed 14 Ethiopian policemen and three civilians. Several observers noted that this was the first successful attack by Al Shabaab so close to the Ethiopian border. Security forces claimed to have killed 63 Al-Shabab fighters in battles that day. They also seized several machine guns and vehicles, and wrested back control of the towns.

One unit crossing through Aato was intercepted by the Ethiopian security forces, but managed to break through, leaving behind most of their vehicles. The insurgents made it further into the Afder Zone of Ethiopia’s Somali State and briefly captured the town of Hulhul, where they were surrounded and defeated by July 23 after a three-day long battle.

More than 100 Al-Shabaab fighters were killed, “13 vehicles were burnt and the weapons and supplies they brought with them were confiscated,” according to a statement by Somali regional State’s security council on July 24.

Another incursion attempt into Ethiopia from the Hiran region of central Somalia was also foiled that day by Somali regional State’s forces who claimed to have killed 85 insurgents.

The statement by Somali regional State’s security council went on to attribute the success of the operations to the people of the State who “stood by the special forces by donating various foods, livestock, drinks, clothes and blood.”

No clarification has yet been given officially about the second unit, which according to Tall had crossed into Ethiopia from the east of the El Barde town in Somalia’s Bakool region.

The security council said that the objective of the Al-Shabaab fighters was to cross over Ethopia’s Somali region, which is the country’s second largest State, into its largest State, Oromia, to join the Oromo Liberation Army (OLA). OLA, which is the armed wing of the ethnic separatist group Oromo Liberation Front (OLF), is designated as a terrorist outfit in Ethiopia, at war with the federal government.

On June 18, the OLA reportedly massacred hundreds of ethnic Amharans in Tole Kebele in Oromia’s West Wollega zone. The Ethiopian Human Rights Commission (EHRC) had initially estimated that over 200 Amharan civilians had been killed. Amnesty International later reported that the death toll was over 400. With most male folk having left their homes for work when the attack began at around nine in the morning, women and children made up most of the victims.

The West Wollega zone in Oromia borders the Gamebella regional State, whose capital Gambella city was attacked earlier that week jointly by the OLA and another ethnic separatist organization, the Gambella Liberation Front (GLF).

The OLA has also been in alliance with the Tigray People’s Liberation Front (TPLF) since 2021. The TPLF started the civil war in northern Ethiopia by attacking an ENDF base in Tigray State’s capital Mekelle in November 2020. Now nearing two years, this war was started by the TPLF with the backing and at the instigation of the Joe Biden administration that was incoming into US White House at the time, according former Ethiopian diplomat and historian Mohamed Hassan.

The US had been a key ally of the TPLF during the decades of its authoritarian rule over Ethiopia from 1990-2018, when all parties outside of the coalition it led were banned and no free press was allowed. It was under TPLF’s leadership that Ethiopia was broken down into a loose federation of regional States organized along ethnic lines, each commanding ethnic militias of its own. During the TPLF’s rule, organizations like the OLA were up in arms against the government.

However, following Abiy Ahmed’s rise to power as the prime minister after pro-democracy protests ousted TPLF from power in 2018, the secular Ethiopian nationalism he espoused to transcend the ethnic divisions in the country threatened a plethora of such ethnic extremist formations. Thus, despite Ahmed himself being a member of the majority Oromia ethnicity, the OLA, which represents an extremist movement within the Oromia, saw in his government a greater threat and allied with the TPLF.

On July 28, TPLF chairman Debretsion Gebremichael said that his group would resume fighting if the federal government does not fulfill their preconditions for negotiation. The key among them is the return of Wolkait region to TPLF’s control. Ceding Wolkait, which the TPLF calls Western Tigray, would give it access to Sudan, whose military junta is known is to be backing the TPLF.

Originally a part of Amhara, Wolkait was annexed by the TPLF when it came to power in 1990. Soon after the TPLF started the war in November 2020, Wolkait was taken back by the ENDF and the Amharan militias, who now control the region.

The victims of OLA’s massacres in western Oromia were from this regional State of Amhara, on the frontline of TPLF’s invasion from the Tigray State in the northern end of the country.

An unlikely alliance with Al-Shabaab

While not dismissing the possibility of opportunistic short-term cooperation between the OLA and Al-Shabaab, Hassan is skeptical of the likelihood of the latter entering the TPLF-OLA coalition. Organized along ethnic lines, the latter have both Christians, the majority in Ethiopia, and Muslims, the largest minority, in their ranks. Al-Shabaab has other objectives.

“It seems their agenda is to exploit the security crisis in the country to get a foothold in the Muslim-majority areas in east Oromia,” and spread Islamist extremism from there across Ethiopia cutting across the ethnic divides, Hassan told Peoples Dispatch. While the OLA also operates here, most of their operations are in western Oromia, where the majority population is Christian.

The introduction of religious extremism into this toxic mix of ethnic tensions already tearing at Ethiopia, allegedly with foreign backing, could further complicate the challenges faced by Abiy Ahmed’s government.