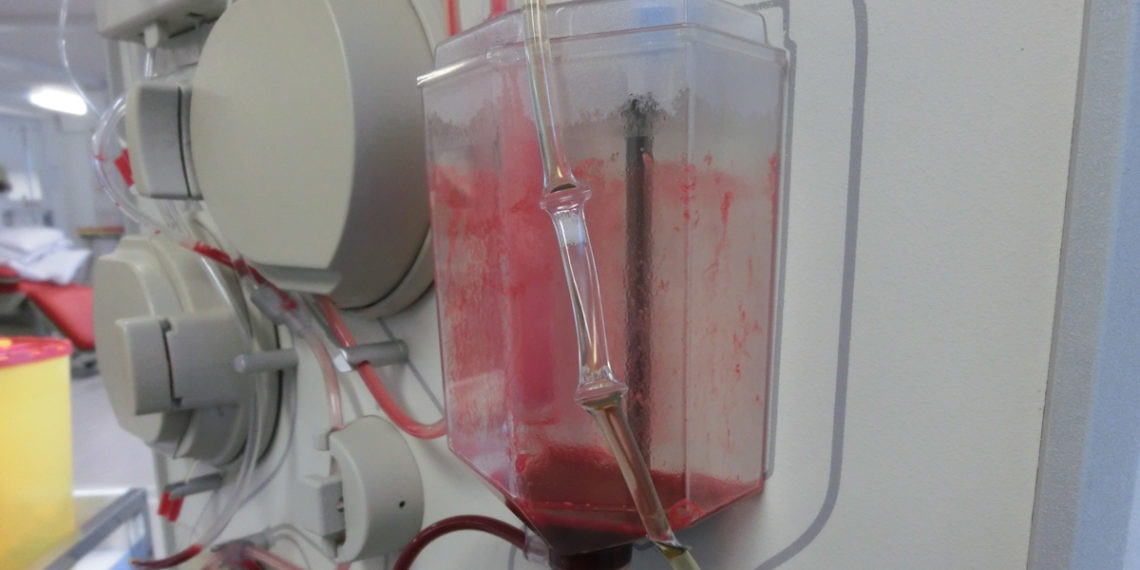 Malcolm X declared, “you show me a capitalist, I’ll show you a bloodsucker.” U.S. capitalists are the biggest bloodsuckers on the planet.

In 2017, human blood and plasma were the tenth largest U.S. export items, with sales of $28.6 billion. That’s half the value of car exports. Human blood easily outranked the sales of corn and soybeans abroad.

Most countries ban the selling of blood just as it’s illegal to sell one of your kidneys. (Although there’s an underground market for body parts in the U.S.)

It’s poor people who are compelled to sell their blood plasma. Another occupation of the oppressed in some states is collecting bottles and cans for deposit money.

She took a 40-minute bus ride to a plasma center in North Philadelphia. Watson sold her blood for $30 so her son could talk to his family.

In 15 states, including Texas, New York and Illinois, it costs prisoners at least $6 for a 15 -minute-long in-state phone call. In some states children have to pay almost $1 per minute to talk to an incarcerated parent.

In 2019 there were 805 plasma centers in the United States. Forty-three of these blood sucking enterprises were located near the Mexican border.

Border Patrol pigs lock-up Mexican and other immigrant children in cages. But Mexicans can use a B1/B2 visa to sell their blood in the U.S.

In many cases they do so to buy food. This is what colonialism looks like. In 1848 the U.S. government stole half of Mexico to expand slavery.

People can sell their plasma twice a week or 104 times a year. For some people this has resulted in being exhausted and having weakened immune systems.

That’s larger than the Gross Domestic Product of Tanzania, an African country with a population of 60 million people.

The hundreds of billions in $100 bills are not being used to play Monopoly or some other board game. Big corporations don’t keep huge amounts of cash.

Neither do most workers in the United States, even the millions who don’t have bank accounts. The 40% of U.S. people who can’t afford a $400 emergency expense don’t keep stacks of $100 bills.

It’s organized crime ― especially the trillion dollar drug trade ― that need $100 bills with slave-owner Ben Franklin’s picture on them. Working with the drug cartels are the big banks.

Wachovia Bank ― now part of Wells Fargo ― laundered hundreds of billions in drug money through its branches in Mexico. The $110 million fine that Wells Fargo paid in 2010 was less than two percent of its profits that year.

At the same time Wells Fargo and the rest of the banksters foreclosed nearly 7 million homes between 2007 and 2014. That’s over 25 million people thrown into the street.

Half of U.S. exports in 1860 were the cotton picked by enslaved Africans. This supplied capitalism’s biggest industry at the time, the cotton textile factories in Europe and the U.S..

Today the U.S. exports over $90 billion in human blood products and cash for the drug cartels. No wonder Karl Marx wrote that “capital comes dripping from head to foot, from every pore, with blood and dirt.”