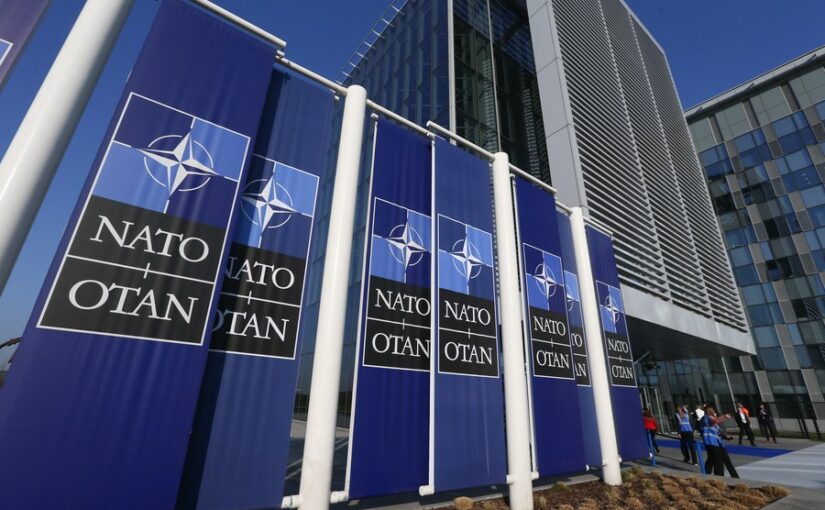 The following article, published recently in People’s Daily (one of the most important, longstanding and widely-read newspapers in China), responds to NATO’s recently-issued Strategic Concept document, which describes China as a ‘systemic challenge’ and outlines NATO’s role in confronting this purported challenge. The article points out that – unlike the US or NATO – China’s record is one of consistently pursuing peace, multilateralism, non-interference and mutual benefit in international relations. The author calls on NATO to drop its anti-China aggression, put an end to New Cold War activity, and orient itself towards global peace.

NATO’s efforts to make and spread lies about China and hype the so-called “China threat” are driven by the organization’s reemerging Cold War mentality and ideological bias. It is just an awkward show staged by the U.S. to extend NATO’s reach to the Asia-Pacific region.

NATO’s practice encourages confrontation and threatens global security. Regional countries and the international society must stay alert to it.

China follows an independent foreign policy of peace and is always a staunch force for global peace and prosperity. The country has never initiated a war or conflict and never taken an inch of foreign land, nor has it interfered in other countries domestic affairs or exported ideology. It never engages itself in long-arm jurisdiction, unilateral sanctions, or economic coercion.

Pursuing a peaceful development path, China is actively building a society with a shared future for mankind and advancing the high-quality construction of the Belt and Road Initiative. It has proposed and been implementing the Global Development Initiative and the Global Security Initiative, and offered a number of public products to help the international community deal with major issues on peace and development.

China presents valuable opportunities for world peace and development. It does not pose “systemic challenges”, as wrongly purported by NATO. NATO has disregarded facts and confounded black with white when making groundless accusations, smears and attacks against China. However, it will never change the fact or the international society’s positive evaluation on China.

NATO is a Cold War product that is gradually becoming a tool for the U.S. to maintain its hegemony and instigate a new “Cold War.” The first-ever mentioning of China in NATO’s so-called “Strategic Concept” document is closely related to U.S. coercion.

The incumbent U.S. administration inherits the wrong practices of its predecessor and keeps seeing China as a strategic competitor. It has formed cliques to oppress China.

The NATO Summit this year has not only hyped the so-called “China threat,” but also invited some Asia-Pacific allies of the U.S. It exactly exposed the strategic scheme of the U.S. to make NATO’s foray into the Asia-Pacific.

China has to pay a high attention and make a systematic response to NATO’s so-called “systemic challenge” rhetoric. Any attempt to hurt China’s legitimate interests will be met with strong reactions. The country has a firm resolution to safeguard its sovereignty, security and development interests. The U.S., emboldening itself by involving a few of its allies, will only see its plot fail at the end.

NATO has always been haunted by the Cold War mentality though the geopolitical tension has already ended for some 30 years. It has never stopped making enemies out of nothing. Indeed, NATO is a “systemic challenge” for global security.

NATO, or North Atlantic Treaty Organization, always poses as a regional defensive organization. However, it has never stopped geographical expansion. It has started and been involved in a big number of wars, killing innocent civilians, hurting world peace and creating humanitarian disasters.

To seek its own absolute security, NATO constantly moved its borders eastward, which led to the bitter fruit of the Ukraine crisis that seriously impacted the peaceful development of Europe and even the world at large.

NATO”s previous expansions and disruptive practices were all under the disguise of “consolidating democracy” and “extending stability, promoting common values.” Today, it is once again playing the same old trick, calling its conspiracy to disrupt the Asia-Pacific region a move to protect “international order” and safeguard its values. Even former NATO Secretary General Javier Solana warned that a “global NATO” or “NATO plus” could divide the world into adversarial blocs.

The outdated Cold War script must not be repeated in the Asia-Pacific, neither shall the disorder and conflict currently taking place in Europe be duplicated in the region.

We sternly warn NATO that it must immediately stop its groundless accusation and provocative remarks on China, abandon its outworn Cold War mentality and zero-sum game, and halt its dangerous practice of disordering Europe and the Asia-Pacific region.

Any attempt to reverse the trend of history is doomed to fail.

The Decline of the US and the Rise of the East