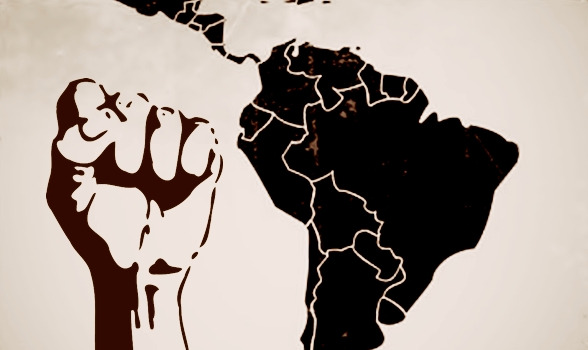 Repudiation of Biden administration at Summit of the Americas and Colombia’s election of a left-wing presidenta signifies a new era of independence and progressivism in Washington’s traditional “backyard.“

The 9th Summit of the Americas came to an uneventful close on June 10th. Held in Los Angeles, California, the summit from almost all accounts, was not only a diplomatic failure but, as award-winning journalist Roberto Lovato called it, “a failure of hemispheric proportions and a global embarrassment for the United States and for the Biden Administration.”

In the first case the failure comes from that the Summit producing no concrete or effective plan of action to address the growing problem of persistent poverty within the developing countries; mass immigration as a result of poverty; the ever-increasing dangers of climate change; the lingering pandemic; the pernicious role of U.S. multinationals and the U.S.’s continued interference in the internal affairs of countries in the region.

This is as hypocritical and self-serving as it comes; the United States is in no historical or moral position to criticize, much less ostracize, any country because of perceived human rights abuses, corruption or other governmental misdeeds.

The U.S. has a horrible record in this regard: The enslavement of Africans; lynching; Jim Crow laws; government-sanctioned segregation; surveillance, arrest, and imprisonment of dissidents on false and fabricated charges, are just a few of the atrocities that the United States has carried out and continues against its own citizens. The U.S. meanwhile has a record of supporting mass atrocities across Latin America and regimes that systematically violate human rights.

The other failure of the summit was the exclusion also of an Indigenous peoples delegation, which was denied entry. The U.S. at the same time met with extreme right-wing climate-change denier Jair Bolsonaro of Brazil, whose human rights record is in fact much worse than the countries the U.S. excluded from the Summit.

The theme of the Summit was “building a sustainable, resilient and equitable future”; the farce of this is evident especially by denying participation of indigenous peoples. There were leaders in attendance whose records of treatment toward Indigenous people, dissidents and journalists in their own countries are brutally repressive.

Moreover, there cannot be a “Summit of the Americas” when key countries of the region and representatives of Indigenous peoples are excluded. It was encouraging to see the leaders of Mexico, Bolivia, Guatemala, Honduras, and El Salvador take a principled and truly non-aligned position in boycotting the Summit; it was disappointing that more or all countries of the region did not express solidarity with Venezuela, Cuba, and Nicaragua and boycott the Summit.

The countries of Latin America and the Caribbean have deep-rooted problems of socio-economic development, caused by colonialism, neocolonialism and the policies and actions of imperialist globalization led by the United States and their multinationals operating in these countries.

Companies that rape natural resources by paying pennies on the dollar for extraction and mining rights; create environmental hazards by depleting and destroying biodiversity; support union-busting and pay-offs to corrupt politicians; and provide material support to despotic regimes which imprison and kill dissidents are just a few of the atrocities the multinationals support and encourage to maintain their stranglehold on the sources of their enormous wealth and power.

If the United States were sincere in its intent, all countries of the region would have been invited, to openly discuss and examine the problems facing the region’s development and the critical role the United States plays in resolving or worsening the situation.

It is high time that the leaders of the developing world understand that the fight against imperialism is not only socio-economic but ideological as well; it is the ideology of hegemony, white supremacy, and great-power chauvinism, which justifies and maintains the economic exploitation and dependency of the developing countries.

These leaders cannot allow themselves to be fooled or trivialize the legacy of colonialism by kowtowing to flowery speeches and self-serving comments. Sigmund Freud spoke of the “psychopathology of everyday life”; the psychopathology of the United States is to sanitize and turn its hegemonistic and militaristic history on its head with erroneous and misleading narratives. Now is not the time for leaders, legislators or activists to be confused or ambivalent regarding the issues. The problems of the region call for leadership that is informed, clear and decisive. The interests and lives of working people demand this approach.

The wide repudiation of the Summit of the Americas was followed by the June 19th epic victory of the left-wing Pacto Historico (Historic Pact) led by Gustavo Petro and Francia Marquez in Colombia. Petro is a former M-19 guerrilla leader who has called for “a transition from an economy of death to an economy of life,” saying that “we cannot accept that the wealth and foreign exchange reserves in Colombia come from the export of three of humanity’s poisons: petroleum, coal, and cocaine.”

The Pacto Historco’s victory follows previous peoples’ movement victories in Bolivia, Chile, Honduras, and Ecuador, as well as possibly this fall in Brazil. President elect Gustavo Petro won the first-round election in May and again won this second round, despite the military and rightist President Ivan Duque’s attempt to malign and sabotage the outcome of the election. As significant and welcomed as it is, Petro’s victory is faced with critical challenges of governance and socio-economic reforms.

Pacto Historico is not a relatively homogenous party and they do not have a majority in the Congress; the party is a coalition of liberal, centrists, progressive, and even the communist party.

The control of State power plays a critical and fundamental role for any movement having assumed power, to maintain it and carry out any socio-economic reforms in the interests of the working class.

The Colombian security forces have been linked to paramilitary groups, responsible for killing by some estimates, thousands of civilians and, the military itself has intervened in the election process by openly attacking Petro, a clear violation of the country’s constitution. Both groups are vehemently opposed to Petro and prior to the election, vice-president elect Francia Marquez an Afro-Colombian, complained that the United States through its ambassador, was interfering in the internal affairs of the country.

Prior to the election, the United States ambassador to Colombia Philip Goldberg, claimed that Russia, Venezuela, and Cuba would interfere in the Colombian elections, offering no evidence.

At a function organized by the United States Institute For Peace, Marquez said of the unsubstantiated claim: “This is a direct intervention by the government of the United States through the ambassador in the elections.” It should not be forgotten that in 2020 there was a failed coup attempt in Venezuela orchestrated by the CIA, to overthrow democratically elected President Nicolas Maduro thereby enabling strategic support for Ivan Duque of Colombia.

Petro hopes to usher in a new progressive era for Colombia with his plans for social and environmental justice, peace, and land reform including democratizing land ownership especially for the farmers.

He wants to reduce the failed neoliberal economic policies, that have plunged a significant number of the population into poverty, and to honor the peace agreement with the leftist Fuerzas Armada Revolucionario de Colombia (FARC) and restore diplomatic relations with Venezuela.

All this will require political tenacity, not the least being the control of State power, organizational creativity and the full involvement of the working class.

Despite ideological inconsistencies with Gustavo Petro, he and Francia Marquez’s victory represents a new thinking and political era in Colombia and provides further impetus for peoples movement throughout Latin America that are struggling for social justice and self-determination.

“The moment has arrived for Colombia to be an autonomous people, who can define itself,” Marquez said. The same may be true for all of Latin America as the era of the Monroe doctrine and “American Century” slowly comes to an end.

Richard Dunn is a retired construction professional, trained in Architecture and Energy Management. He’s been a social justice activist since 1968 and was particularly active with the Walter Rodney defense demonstrations. Richard is an author, a contributing columnist to newspapers, an editor for a music industry magazine and operates a social justice website. Richard can be reached at: richarddunn75@gmail.com.