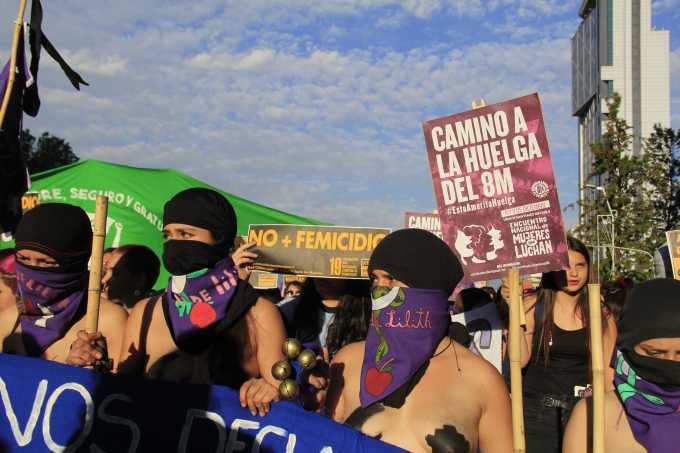 In recent days, three decisions of the US Supreme Court have outlined the path of a radical step backward in terms of rights, but also the confirmation of a repeatedly contradictory position in terms of the defense of life and liberty. The repeal of the right to abortion by striking down the landmark 1973 Roe v. Wade decision, which enshrined this option as a constitutional right, leaves millions of American women unprotected and subject to serious health risks, but above all exposed as an object of political control under the poor excuse of the right to life. This decision of the Court constitutes another form of violation of women’s bodies, similar to those perpetrated in any war scenario and, ironically enough, for the same purposes.

The second Supreme Court decision ratifies the cynicism of extreme right-wing groups in that country by overturning restrictions on the possession of guns on public streets in New York State. In other words, while on the one hand women’s rights are restricted, on the other hand, the rules on one of the most dangerous constitutional rights for human life are relaxed. And the third decision once again confirms the double standards of the highest legal authorities – a reflection, of course, of a whole tradition of fundamentalism – by opening the door to subsidising religious indoctrination in schools with state funds, in contravention of the traditional separation of church and state.

Mirroring this return to a regulatory framework that seriously violates already enshrined rights, a return to restrictive practices for specific groups in society – women and children – is aggressively established, undoing at a stroke a long-standing effort that has cost many lives. The violence implicit in these decisions delineates a historical turn towards an underhand fascism, dressed up as morality. Any decision aimed at eliminating rights already won by a specific group in society is immoral and has no real legal basis, since it represents an act of discrimination.

Women’s bodies are and have always been an ancient battleground. Physically destroying it – or destroying its essence – is tantamount to annihilating a fundamental part of the social fabric. This is why the struggle for women’s rights remains ever-present: because they will never be guaranteed as long as they exist under a patriarchal system of economic and political domination, where their place has no solid foundation. This is a reality in any society, no matter how highly developed.

The pro-life discourse, institutionalised with fervour by governments whose leaders protect war crimes under the banner of corporate interests, clashes head-on with initiatives designed to clamp down on the security, life and liberty of more than half their population. The interference of religious doctrines in this outrageous display of cynicism and abuse, even in countries whose constitutional texts establish a strict division of their spheres of intervention, makes it abundantly clear how much impact the full freedom of women would have in a system capable of recognising their talents and values. This is still a pending issue.

Full freedom for women is a pending issue in all societies.

Carolina Vásquez Araya: Journalist and editor with more than 30 years of experience, whose professional achievements in the development of successful projects endorse her qualities of leadership, creativity and public relations. She has contributed her knowledge in projects of organizations with interests oriented to the social, cultural and economic development of the country, with special emphasis in the areas of culture and education, entrepreneurship, human rights, justice, environment, women and children. Chilean in Guatemala. elquintopatio.wordpress.com