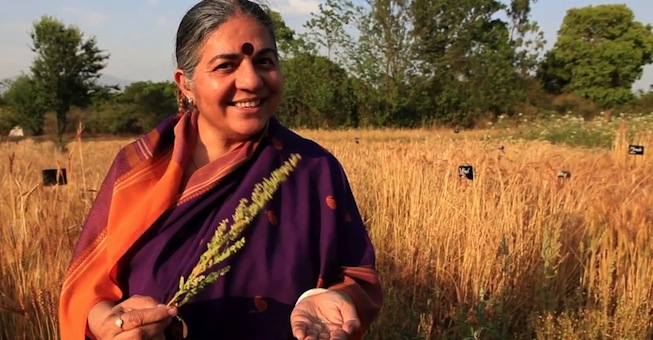 Since the Russian invasion of Ukraine, the headlines have been dominated by the warning of a food crisis on the horizon. According to headlines, due to Russia and Ukraine making up 25 to 30 percent of global trade in wheat and more than 50 percent of trade in sunflower oil, seed and meal, the current invasion is putting pressure on both global supply and global food prices of staple goods. Headlines and news outlets are now saying we are facing dropping global food supply with “Europe’s breadbasket” no longer able to produce for the foreseeable future. But, according to the FAO, the World Bank, and the International Panel of Experts on Sustainable Food Systems (IPES), there is currently no risk of global food supply shortages. This is thanks to higher than normal global wheat stocks and a comfortable stock-to-use ratio, and according to the Ukrainian Ministry of Agriculture, the country was able to get its 2021/ 2022 harvests, which also were larger than average, out before the invasion. So why are so many countries now facing an increased risk of food insecurity, and in worst cases famine?

Regardless of the adequate global supply, the week of March 7, 2022, food prices reached their highest price spike in history. Hunger and food prices were already on the rise during the COVID pandemic, but as of the Russian invasion, financial speculation in the commodity market has been sharply rising as massive amounts of capital are being moved by investment firms looking to profit. Excess speculation, increased commodity future pricing and increased volatility in the market, are all behind the crisis. Meaning bigger gains for financial players, and big agricultural firms, but overall skyrocketing real-world food prices.

As Dr. Vandana Shiva, President of Navdanya International affirms, “Every crisis in history was used by the wheat monopolies to increase their profits and control.Food has been turned into a commodity, a financial asset. Financial growth and money growth generated by the finance casino do not lead to real growth in the processes that support and sustain life. Instead, deregulation has destabilized the global financial and food system. It has created asset management funds like Blackrock and Vanguard. Index management funds can multiply finances, not food.”

So what is crucially being overlooked by most diagnoses of the current food crisis is how the problem does not lie in a lack of supply, or lack of market integration, but instead in how the food system is structured around power.

The fact is, the world has already been facing a food and malnutrition crisis long before the current conflict. From the colonial era, which saw the beginning of extraction and exploitation of small farmers, to the advent of the Green Revolution, and the concretizing of the globalized free trade regime, we have seen the deliberate destruction of small farmers and food sovereignty in favor of corporate power. Therefore, it is no coincidence that today we are witnessing the third major food crisis in the last 15 years.

Moreover, the globalized, industrialized agrifood system has itself set the precedent for these repeated food and hunger crises, despite its reiterated proclamations that it is the best solution to global food security. A combination of historic and current conditions set by agribusiness have created a rigid globalized system based on industrial agriculture, financialization, and corporate domination. These lock-ins, in combination with a failure to transform food systems, current over speculation, and the after effects of the pandemic are now pushing us toward a potential famine.

Worst of all, regardless of its evident unsustainability, international institutions, governments and corporate actors are using the current crisis, as they have used every crisis, to further consolidate and push greater iterations of their failed model. False solutions and the redundant calls for failed approaches abound in headlines and international responses. Including a collective call to ‘ramp up production at all costs’, the rolling out of a new untested GMO wheat, more synthetic foods, and greater reliance on digitalization.

In Europe, several are now pushing for the deregulation of new GMOs and pesticides as a solution to the food crisis. “Any disaster has been used as an opportunity by the GMO lobby, which represents the same conglomerate that also sells toxic agrochemicals,” comments Dr. Vandana Shiva. “European citizens must rise up and defend their freedom to eat GM-free food, their right to biosafety. They must call the bluff of governments trying to use the war in Ukraine to dump untested and unregulated GMOs on European citizens.”

Today we are reaching a breaking point. The current price crisis and incoming hunger crisis is not a symptom of war, but a symptom of a system gone too far. In our current state of multiple overlapping crises, pushing further down this path will only continue to create ever worse global crises. Instead, we must listen to the international consensus on the need to create an alternative to industrial agriculture and the large-scale distribution model.

Dr. Vandana Shiva conveys how, “Agroecology based on biodiversity produces more food when measured in terms of nutrition per acre and not in terms of yield per acre. Farmers’ net incomes are higher when they cultivate biodiversity for local food economies, instead of chemical-intensive monoculture products for global supply chains. Biodiversity, chemical-free and local food benefit farmers, citizens and the Earth.” Presenting us with a true solution to this current food crisis.

Agroecology not only increases farmers’ incomes, but also increases nutrition and health while rejuvenating soil, water and biodiversity and at the same time mitigate climate change and enhance resilience. What we need are radically transformative strategies which recognize peoples’ needs, accord dignity, respect nature, put people above profits, resist corporate capture, and work collectively towards a fair and decent food system for all. What we need is creating Local Food Systems, Biodistricts and social and inclusive economy networks based on economic democracy, including educational programs and farmers’ markets to link local organic farmers with the community. Governments, and regional and international institutions, must support these constituencies’ pathways for transforming corporate food systems through agroecology and food sovereignty.

What the Russian-Ukrainian conflict has once again laid bare is just how fragile globalized food systems are, and how quickly a fluctuation in the market goes on to detrimentally affect the poorest. The current globalized, industrial agrifood system is a food system that creates hunger by design.