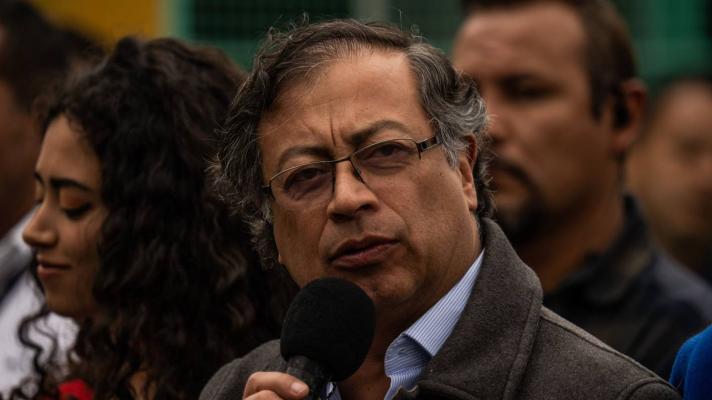 The election of Gustavo Petro as president of Colombia and his running mate as vice-president, Francia Márquez, is undoubtedly a political milestone in this country, especially considering the long cycle of right-wing conservative governments that took the form of a political caste since the assassination of Jorge Eliécer Gaitán in 1948.

This event redefined the regional political framework for many reasons. The irruption of this moderate leftist current significantly helps to change the regional map and opens geopolitical possibilities unprecedented in the last decades, since Colombia has clearly been a solid bastion of U.S. tutelage in South America.

The foreign policy that Gustavo Petro will deploy will not be antagonistic to the United States. That is an element to be taken for granted, seen from the level of declarations. But in view of such a political shift in Colombia, questions arise as to the type of relations this country will have with Venezuela.

The Chavista country, member of the demonized “troika of tyranny” and called by others as “revolutionary dictatorship”, is an inevitable point of reference despite so many absurd adjectives, for being a border country, for some ideological affinities between Petro and Nicolás Maduro, and even for Venezuela being a binding factor in the life of Colombia and vice versa.

The relationship scenario opens many questions, including one that generates expectations in the flanks of the regional political laterality: Should there necessarily be a “twinning” or “alliance” between the governments of the two countries? Actually, no. Ideally, yes, but not necessarily.

Ideally, yes, but there does not necessarily have to be and, moreover, it is almost certain that such a thing will not happen. The best scenario within what is currently possible due to the preceding conditions is that Colombia withdraws from the agenda of harassment, encirclement and multifactorial asphyxiation against Venezuela. And that would be more than enough to de-escalate the accumulated tensions.

MINIMUM COORDINATES FOR AN IDEAL RELATIONSHIP BETWEEN COLOMBIA AND VENEZUELA

According to the preceding inertias and within the most elementary pragmatism, the government of Gustavo Petro could consider only five points to settle an effective policy with respect to Venezuela, within a progressive framework and from the current possibilities.

1. Binational security policy. This is a complex issue for Colombia, as it is multidimensional. Petro must necessarily articulate a joint security policy with Venezuela and put an end to the idea that Venezuela is not there or that it does not exist, as was established by the end of intergovernmental collaboration in this matter, which was consummated in serious ways in the government of Iván Duque, favoring the deepening of threats to the security of both countries.

A joint security policy, whose purpose is to build a comprehensive border security framework to contain the construction of a diffuse state on the border and degrade narcoterrorism, which is a historical inertia of Colombia that continues to permeate towards the Venezuelan side.

The complexity of this for Petro lies in the fact that his country must recover an elemental sovereignty in matters of internal security, since it is under U.S. tutelage.

The multidimensionality of Colombia’s complex internal security problem is centrally based on consolidating its internal peace. Colombia’s peace also concerns Venezuela because of the expansion of its conflict to the Venezuelan side.

2. Civilized and elementary economic relations. Venezuela and Colombia do not need an economic “twinning”, for now they only need the minimum of basic relations in this matter and this starts with very simple dispensations, such as the return of what was stolen from Venezuela.

The reference is to the Venezuelan state-owned company Monómeros Colombo-Venezolanos, in the hands of the Colombian government and some entourages of Uribism, perhaps to guarantee access to urea for the benefit of the drug trafficking structure. This theft was carried out in complicity with the fabricated “government” of Juan Guaidó through a political-criminal partnership of pillage of Venezuelan sovereign assets outside the country in which Iván Duque was a key player.

Next, binational trade should be reactivated under normal conditions and under intergovernmental arbitration and regulation, as it is logical that it should occur in countries with a large joint border and with long-standing trade relations.

The economic siege against Venezuela is a historical eyesore to the life of both countries and it was Colombia that decided to practice it. That is why Colombia should desist.

3. Return to diplomacy. Petro does not need Maduro as an “ally” and much less Maduro needs Petro in the same way. These caveats must be made, since the Trump Administration’s encirclement policy against Venezuela has imposed a Manichean formula for regional relations.

During these last years, any country that maintained diplomatic relations with Venezuela was considered an “ally” of Maduro, when in fact elementary relations were taking place within the framework of international law via the Geneva Convention.

In other words, not recognizing Guaidó and not accepting his fake ambassadors was a contempt of the State Department and “allying” with Maduro. What a political scarecrow!

That Manichean formula of international relations cracked de facto. The agenda of the parallel government in Venezuela failed miserably, and in strictly pragmatic terms, Petro does not need to continue the recognition of the failed Guaidó and prolong the heavy legacy of Uribism in its relations with Venezuela.

On the other hand, it is necessary to resume diplomatic and consular relations, institutional communication channels and mediation of relevant issues, such as the great historical migration of citizens of both nationalities between both countries, among many others. This does not refer to an “alliance”; in reality it is a matter of minimum elementary relations between civilized countries.

4. Both countries on the international scene. We do not know exactly what Petro’s international agenda will look like. Maybe nothing will change or maybe he will relaunch a new Pacific Alliance in a woke-progre format together with Boric. We do not know. What we do know is that he will not join ALBA-TCP and that, at this point, is irrelevant.

But it is evident that it is now possible to talk about “common points” between the presidents of both countries, on issues relevant to the region.

In fact, Colombia, due to its vassal heritage, is not a “policy maker”, while Venezuela is, and its radius of presence encompasses ALBA-TCP and beyond, in an expanded sphere of relations that has agglutinated progressivism in governments, in coalitions of governments and in living social forces. There are two angles for political interlocution and, perhaps now, both countries need to strengthen their ties in several directions without being antagonistic to each other.

A minimum of pragmatism between the two countries can put an end to the disastrous record of using Colombian diplomacy to trigger recalcitrant and/or exclusionary reactions against Venezuela in international forums. For example, Colombia’s role in the Organization of American States (OAS), to name but one repeated case, and the IV Summit of the Americas, where Colombia argued in favor of Venezuela’s exclusion. Colombia should desist from continuing this track record.

Unless Petro’s government joins a State Department agenda to “flank Venezuela from the left”, the ideal for both countries would be a framework of new minimal relations of respect and collaboration based on their “affinities” in the regional scene.

5. It is no longer necessary to talk so much about Venezuela. The words “Venezuela” and “Maduro” are perhaps the most repeated words by Colombian media and politicians in recent years in an unhinged manner. The campaign against Petro was not exempt from this, it is worth mentioning. They have been key words to develop a whole narrative strategy that has not only legitimized abuses against Venezuela (such as the blockade and the flirtation with war), but were also used to stigmatize Petro’s own proposal for political change.

Those key words, already fixed in a pejorative way in the Colombian imaginary, are not going to disappear. They will remain in the spotlight thanks to the usual media and now by the leaders of Colombia’s new opposition.

The above refers to a return to sobriety in the field of declarations. This has been conspicuous by its absence in the Casa de Nariño since the first years of the first government of Álvaro Uribe, and perhaps there is now an opportunity for the return of such sobriety.

Moreover, it may not be convenient for Petro to assume a reiterative narrative of attrition, nor to be dragged by his adversaries to that arena of public opinion, because he could be harmed, and here we are talking about the needs of the new government of Colombia. Petro will have to deal with an adverse communicational context that he will not be able to mediate by pandering to the dominant tendencies in the narratives.

If Petro needs to be seen as a credible subject as a democrat and he has to try to trick the public opinion by speaking ill of Maduro, he will be lost, as he will alienate some sectors that support him, he will wear out his discourse in reiterations already capitalized by Uribismo and he will also continue facilitating tensions with Caracas in an unnecessary way.

As already mentioned, if Petro decides not to abide by an agenda of the U.S. State Department to continue encircling Venezuela, his strategy to recover binational relations must be circumspect in all its dimensions. In microphone politics, not haranguing and leaving Chavismo in peace would be a great advance and, in addition to that, proposing a constructive use of statements within what is strictly necessary.

Such minimum conditions to de-escalate the deteriorated state of relations can only open the way to new opportunities and meeting points within the clear differences between the leaders. Only from this point is it possible to build new conditions of trust.