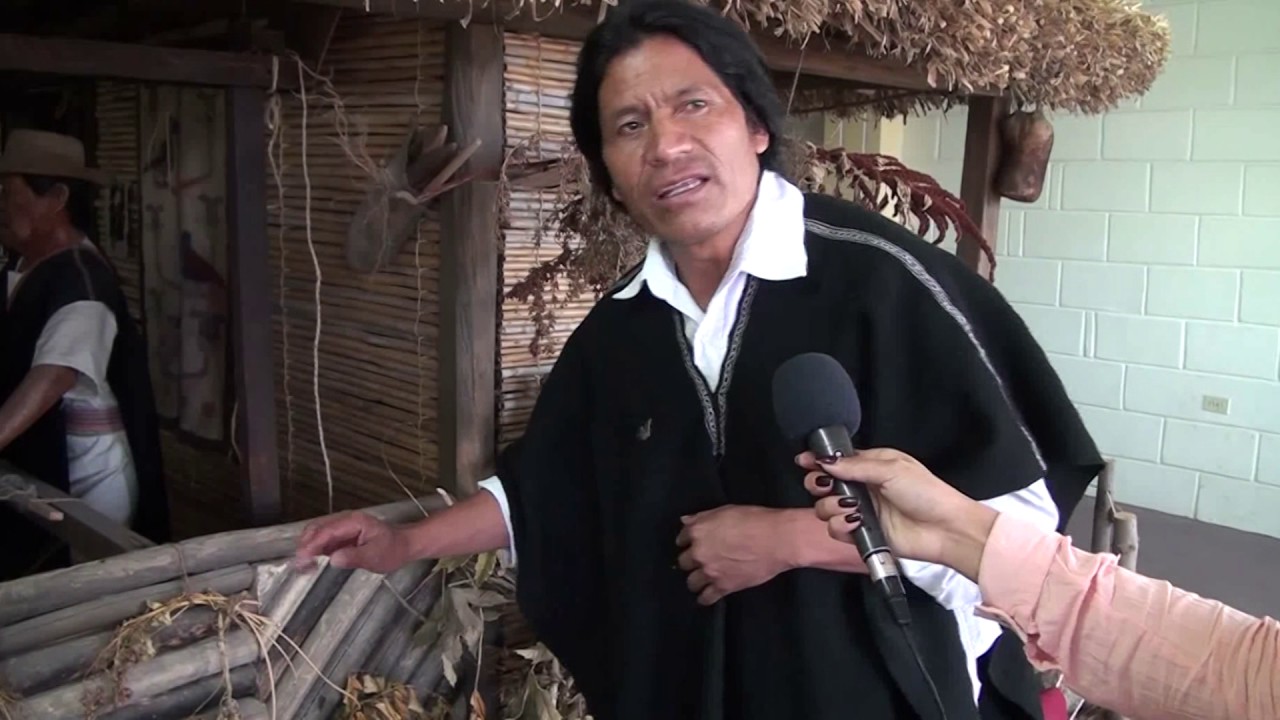 Javier Jerez is the former vice-governor of the Salasaka people, and he referred to the arbitrary detention of leader Leonidas Iza, president of the Confederation of Indigenous Peoples and Nationalities of Ecuador (CONAIE), in which all his rights were violated since there is no basis for this arrest, as Jerez indicated in an interview conducted by Cris González, director of Correo de Alba magazine.

Why this morning, June 14, did the government of Guillermo Lasso demonstrate its cruelty towards the indigenous movement of Ecuador?

The indigenous peoples of Ecuador have been in a de facto measure since yesterday, June 13, supporting our proposals to the government, due to the government’s non-response to our demands. And today we woke up with the very unfortunate news of the arrest of brother Leonidas Izas, president of CONAIE.

Who is Leonidas Iza and what does he mean for the indigenous movement of Ecuador?

Leonidas Iza is the president elected in a great national congress held here, in the town of Salasaca, and since then he has led a great struggle to uphold the principles of the peoples and nationalities that make up the coast, the highlands and the east of Ecuador, and also in constant struggle for the rights that we have enshrined in our Constitution.

Leonidas Iza for us is a great leader, which we have been supporting. A leader who has been accused of many things in the media, who has achieved that there is a rejection perhaps by some part of society, unfounded. However, he has kept on fighting for our ideals.

What measures will Conaie adopt in the face of this outrage to which its president Leonidas Iza has been subjected?

Resistance has been programmed since yesterday, where the peoples and nationalities are progressively joining this great indigenous uprising. So it is that the arbitrary detention of Leonidas Iza, which has been experienced today, since there is a video shared by the communication of Conaie that was with him at the time of his detention at 12:35 in the morning of Tuesday, it is clearly seen and heard that there is no basis for his detention.

Leonidas Iza was detained in three buses with military personnel and dozens of people from the national police, without being read his rights and without any charges being filed. The President of the Republic of Ecuador also echoed this morning, saying that the charges against him are for closing the roads, for terrorism.

In this repression there have been some disturbances, which are a very separate matter, but they have not even given Brother Leonidas the opportunity to make his statements.

For us this is a kidnapping, a political persecution that seeks to overshadow and silence the indigenous people with the repression and with the arrest of our brother from Conaie.

Can the detention of the president of Conaie be read as a cruelty against the Ecuadorian indigenous movement?

Rather than an outrage against our brother Leonidas, for us this situation is simply trying to overshadow or silence a leader who has echoed since October 2019 of the great social outburst that Ecuador had, from which many results could be obtained, based on the struggle and nationalities of the peoples of Ecuador, and this happened practically in the city of Quito, as we will remember.

From there, Leonidas Iza has perhaps become a figure that has been a point of union of the peoples and nationalities, which worries the Government, since we have a right-wing government that is surrendered to the requests of the International Monetary Fund (IMF), to which it owes everything; and that hurts and crumbles our Ecuadorian State.

The Ecuadorian people, faced with insecurity, criminals, drug trafficking, lack of work, lack of health, education and everything else that a state should look after, not only for an elite, but rather for all of us who make up the Ecuadorian people, are demanding. That is why the Government is so angry with Leonidas Iza, because he has proposed from CONAIE to deepen the struggle and indigenous nationalities of Ecuador and the Ecuadorian people itself, of all the social part, of all the unprotected part. And beyond that, to make us echo at an international level so that they know us, so that they know that Ecuador has peoples and nationalities distributed throughout the country, which have needs, problems and various factors that afflict not only the indigenous society, but all of Ecuador, and that nothing or little is being done for this situation. That is why they try to overshadow and silence this, and that we see it now as an unjust repression against brother Leonidas, for all the irregularity that they commit by detaining him in this arbitrary manner, and that is, as in the popular adage we say, simply and clearly, that the Government is “wanting more firewood to the fire”.

We are waiting for the pronouncements of our leaders, of the governors, of all the people and nationalities of Ecuarunari, of Confeniae, which are also our organizations, let us say, in this case, sectional organizations of the coast, highlands and the east, to make a pronouncement so that we can watch over, more than anything else, the physical integrity and the life of our brother Leonidas.

In this context, what actions have been taken as a movement?

For this reason, in view of this refusal, of the collapse of the negotiating table of these two meetings that were held, and that the periods have been very clear and that the Government has said that it does not know what we are asking for, we understand that there is a total disconnection on an important part of the society of Ecuador, which is the indigenous part.

Conaie is working with the different organizations we have at a global level to echo this arbitrary and unfounded detention against our brother president Leonidas Iza, we expect the response of the Latin American community, of the European community, Asian community, where there are peoples and nationalities in the world, because we cannot keep quiet about this, we cannot cover it up, this cannot remain like this, rights have been violated, all the law and the Constitution that they proclaim to manage this country have been violated.

However, the tension is already public, there are videos, which the people can see and listen to, there is no legal procedure for this arrest to have been made, we will be in a state of struggle, the peoples are progressively stopping and at this moment I will send you an updated map of the points where the peoples have risen up; and as I say, progressively more will be joining in the course of these hours.

We ask and demand respect for the rights established in our country and, above all, we ask and demand respect for our right to make a protest which is also established, for which we will echo, we will be in the streets, to the last consequences, that is what we can say, thank you very much to Correo del Alba for this interview. Brothers from Bolivia, from Latin America, for us it will always be a great pleasure to be able to share with you our experiences, our sadness, and why not also our achievements.

Another angle of the politically-motivated late night arrest of @CONAIE_Ecuador president Leonidas Iza.pic.twitter.com/TWpGmy8lBW

In Ecuador's town of Latacunga, indigenous communities make their way to the provincial Prosecutor's Office to demand the immediate release of @CONAIE_Ecuador president Leonidas Iza.pic.twitter.com/DD1SZsPUaA

Ecuador: Hundreds of indigenous people from communities outside of the capital arrive in the Guajaló sector, located south of Quito, to join national strike demonstrations. @radio_pichinchapic.twitter.com/EI6rr92dP5

The moment when @LeonidasIzaSal1 was released, after being illegally detained by Ecuadorian security forces, for leading a national uprising against Guillermo Lasso's neoliberal policies. pic.twitter.com/u45lLiTIh9