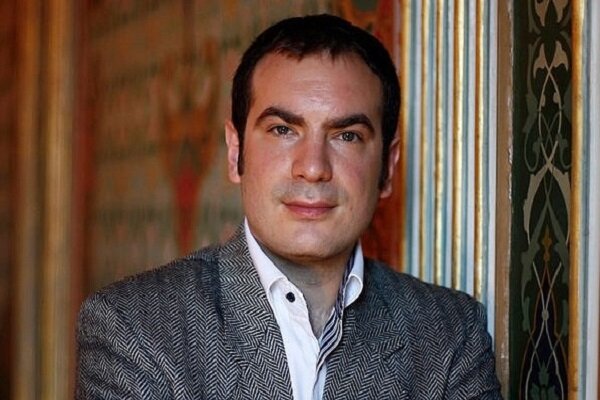 The Ukraine war proved that the world has reached the end of unipolarity, a Turkish historian and political scientist says.

“Following the most recent events, we can state that we have arrived at the end of unipolarity,” Mehmet Perincek tells the Tehran Times.

“The end of the unipolar world and the establishment of a multipolar world is very good news for Iran and Turkey as well, because this new situation bears great potential for Tehran and Ankara to balance the threats they face from Washington.”

In view of such changes, Perincek says, “not fainthearted but firm and decided positions should guide policy and activities.”

He adds, “The problems and challenges ahead of Iran and Turkey can only be solved with such firm and decided positions and acts.”

Following is the text of the interview:

Q: Why do Western powers insist on calling the Ukraine war an invasion? And what are the causes of such a dramatic situation in Ukraine?

A: It’s no secret that the U.S. has plans to encircle countries such as Russia, China, Iran and Turkey that are an obstacle to Washington. When we take a look at the Ukrainian crisis then we observe that this is connected with the general conflict constellation. While Washington is trying to encircle Russia through Ukraine, it is besieging Turkey, Iran, and China as well.

“Sanctions (on Russia) are a kind of trap for Europe.”The first reason for this conflict is that the USA wants to use Ukraine as a bridgehead against Russia and all of Eurasia. Just as it uses Greece in the Eastern Mediterranean and wanted to establish a Kurdistan in the Middle East.

In order to make this plan work, the USA needed a neo-Nazi government in Ukraine that was completely under its control. The second reason for this conflict is the aggression of the Kyiv government, especially toward the eastern regions of the country.

I visited Donbas and other operational zones upon invitation from the Russian Ministry of Defence, from April 29th until May 1st. There you hear very often:

“The war here has not started yesterday. It has been going on in the last 8 years. Kyiv has never fulfilled the Minsk Agreements. The West has never said a word to them. We are humans too; we deserve to have a life too! The Russian military operation is a result of this process, not the beginning of a war. Quite the opposite: This operation will put an end to an 8-year-war.”

In Moscow, the Ukraine crisis is discussed in the framework of the NATO enlargement and U.S. aggression. In Donbas, the context is the Kyiv regime and its danger of fascism.

Q: How may the Ukraine war change the current world order?

A: Following the most recent events, we can state that we have arrived at the end of unipolarity. The end of the unipolar world and the establishment of a multipolar world is very good news for Iran and Turkey as well, because this new situation bears great potential for Tehran and Ankara to balance the threats they face from Washington.
A new world is being established, and within that process, not fainthearted but firm and decided positions should guide policy and activities. The problems and challenges ahead of Iran and Turkey can only be solved with such firm and decided positions and acts.

Q: How do you see the global alignments when it comes to the Ukraine war? While Western powers condemn Moscow apparently the Eastern states are reluctant to denounce Russia.

A: Actually, there is one sole frontline in the world: The Atlantic and Eurasia are facing each other. And conflicts even in the most remote regions of the world are of concern and interest for those countries that are confronted by U.S. pressures. The conflict around Taiwan is not only a Chinese matter; it is also a matter for Russia or Turkey. The embargo imposed on Iran is not only a problem for Iran, it is also a problem for Turkey and China. Or, to provide a geographically even more remote example: The conflict around the Malvinas (British: Falkland Islands) is not only a matter of concern for Argentina. It is an issue for all countries that are facing threats from British and U.S. imperialism.

Therefore, all these countries facing imperialist threats need to be sensitive to all these conflicts of local focus but global content. They need to consider these conflicts as their own from the perspective that, the more imperialism is defeated and retreats, the more they will take a deep breath. The more the U.S. is defeated, the more will China, ?ran, Turkey, Russia, Pakistan, Azerbaijan and so on will gain space.

Taking all this into consideration, Iran and Turkey need a strong Russia and Russia needs a strong Iran and Turkey. And mutual solidarity between those countries in regard to each other’s most vital issues of concern will not only constitute a diplomatic gesture it’s much more than that. Due to the above-mentioned reasons, these acts of solidarity will constitute for them an effective and important measure to realize their own national interests.

Q: How do you see the role of mainstream media in portraying this war?

A: As I said I was in the Donbas and Russia’s operation zone in Ukraine for three days. I met with local authorities and common people there. They are very angry with the Western media. Because they broadcast one-sided and there is a lot of disinformation going on.
I witnessed the lies of the Western media with my own eyes. Let me give you an example: During the trip, I entered the Zaporozhye Nuclear Power plant. There had been a big campaign in the Western media. They said, “There will be a second Chernobyl”, “Russia is bombing the power plant”, etc.

The power plant was not damaged at all during the Russian Army’s entry into the city. We have seen it with our own eyes. It continues its ordinary operations as it is. The previous employees of the power plant, are also still on duty.
The West does not only use rockets and tanks in wars. It also uses the media as a weapon.

Q: What are the global fallouts of sanctions on Russia?

A: The anti-Russian sanctions are aimed not only against Russia but also against other countries that hinder Washington’s plans. American sanctions harm Ankara itself as well since Russia is Turkey’s most important trade and economic partner.

Here I would like to point out another very important nuance. It is a fact that American sanctions are directed not only against Russia, Turkey and Iran, but also against Europe itself. They directly hit the European economy. And it is obvious that U.S. sanctions have already dealt a serious blow to the interests of European countries. Germany and France, in particular, have felt this particularly strongly, and I believe that the economies of these countries will have even more difficult times in the future, as tough sanctions will destroy Europe’s economic ties with Russia.

Why will, in this scenario, Europe face a bigger crisis than Russia? Russia can survive without foreign cars and European products; it can find alternative markets both for selling its products and for importing from foreign markets. But how will Europe manage without Russian gas? Here is the problem. In Europe, the gas price has already risen several times, and it will continue to increase.

Why is the U.S. deliberately destroying the European economy? Again, the answer is obvious. The Americans are doing everything to stop Europe from competing with the United States in world markets, and they will do everything to achieve their goals. Therefore, they provoked the Ukrainian crisis and used it against the interests of Russia and Europe through sanctions, weakening their economies and years of well-established relations. Sanctions are a kind of trap for Europe.

It is highly unacceptable that against the backdrop of ongoing geopolitical cataclysms, not only governments but also ordinary citizens suffer. We have seen examples of this kind of American lawlessness in Iran, Iraq, Libya, and this trend will continue.

However, these sanctions achieved no results anywhere. Now it will have the opposite effect. The dollar is losing its world domination. Banking systems, independent from the USA, are being developed. Sanctions have consequences that the West does not want at all.