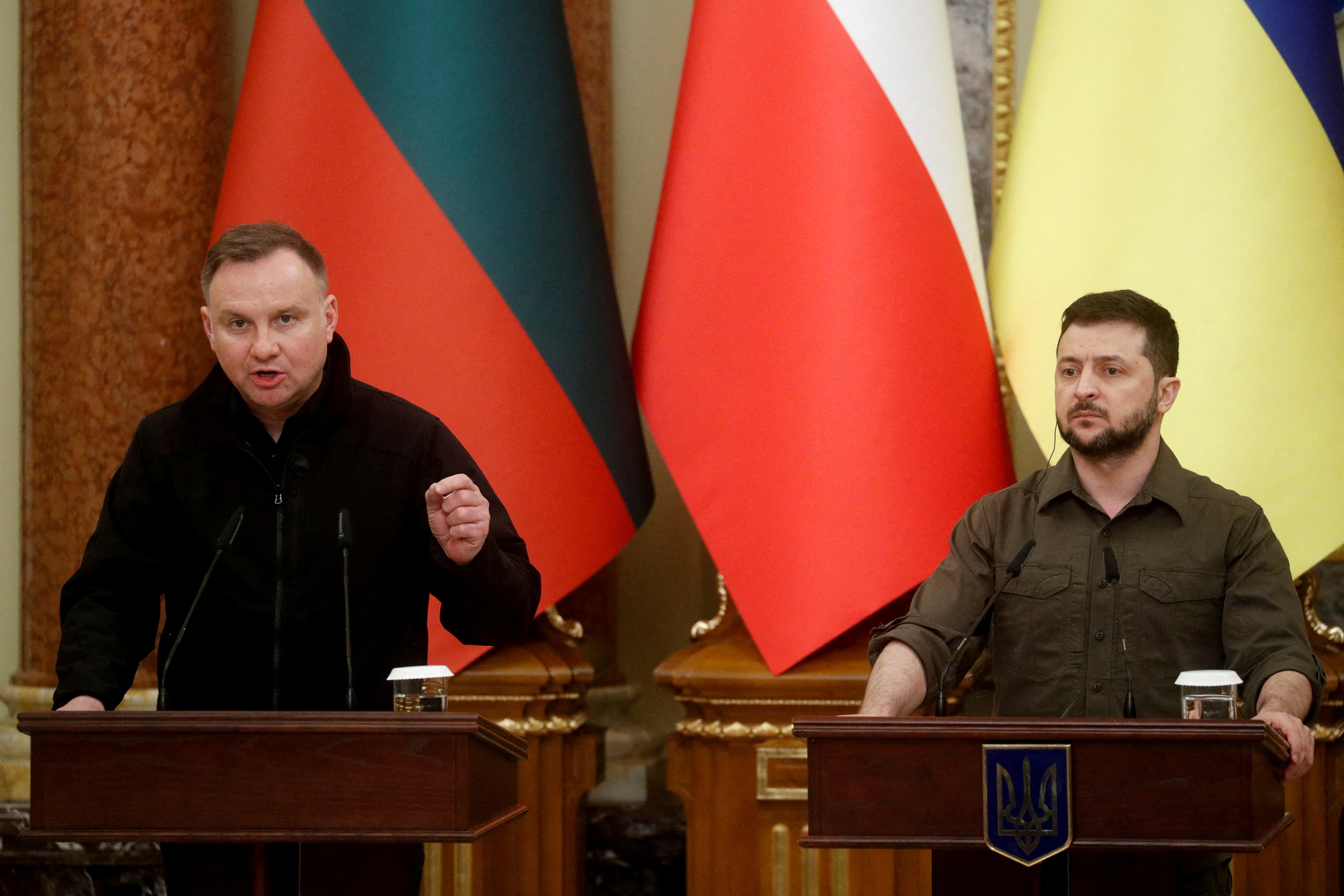 Statement by the Chairman of the CC CPRF G.A.Zyuganov

In an interview to the British newspaper the “Telegraph” Polish Prime Minister Mateusz Morawiecki stated that: “The Russian world is a cancer which not only devours a majority of the Russian society but also poses a deadly threat to Europe as well. It’s not sufficient for us to support Ukraine in its military struggle against Russia, we have to uproot this terrible ideology completely.”

This is an absolutely disgusting statement demonstrating the depth of hatred the current Polish elite has to Russia. It’s clear that uprooting the ideology of the “Russian World” will be implemented together with Russian nation as the ideology bearer. Actually it sounds like a call for destruction of our civilization. This is in full correspondence with what Hitler tried to do, while destroying the Soviet people under the pretext of fighting against communism.

It is well known that the Russian world is based on the principles of justice, collectivism and mutual assistance, respect for the culture and religion of other peoples. Definitely, this is the reason of hatred towards us in Europe submerging deeper and deeper into lack of spirituality, degradation, rejection of traditional values.

All above mentioned is multiplied by historical hatred of the Polish elite towards Russia. In the army of Napoleon invaded Russia in 1812 and counted 600,000 troops, there were about 100,000 polish noblemen. In 1922, the Poles executed tens of thousands of captured Red Army soldiers in concentration camps. And in the mid-1930s, Poland was actually considered as a fascist state and the primary opponent of the young Soviet country.

The contribution of Poles to the extermination of Jews during the Holocaust has yet to be studied in detail. Apparently, there was a reason for Fascists to build the most terrible concentration camps, including Auschwitz, on the territory of Poland. During the Second World War, the Home Army squads, subordinated to the Polish puppet government based in London, killed thousands of Red Army soldiers.

Nothing surprising is available in statements made by Moravetsky. Over the past three decades, Poland has purposefully claimed for the role of a NATO spear pointed against Russia. In its aggressive Russophobia, the Polish elite has far surpasses all the West European countries, striving to become the main conductor of US interests on the continent. It is more and more being transformed into an American military base.

An unprecedented attack against the Russian Ambassador on the holy Victory Day on May 9 this year belongs to the same category.

In all times the violent actions against the Ambassador of any country has been considered as a very serious crime. The Polish authorities did it quite intentionally.

In their hatred of Russia, polish extreme nationalists are linked with the followers of Bandera, who are well known not only for Russophobia and anti-Semitism, but also for crimes against Polish.

Most likely the memories of “Massacre in Volyn” of 1944, when the predecessors of the current Nazis violently exterminated about 100 thousand Polish women, children and elderly people in Western Ukraine has evaporated from his mind.

The vile appeal of the Polish Prime Minister confirms our conviction that neo-Nazism is not only become an ideology of Bandera regime in Kiev, but as well it is actively spreading throughout Europe. Recently, the German Chancellor stated that the Russian military operation in Ukraine ”makes Germany free from a historical guilt.”

This is an extremely worrying trend. Apparently, Europe has forgotten about the terrible consequences followed by emergence and strengthening of Nazism in Germany.

Humanity has paid high tribute of 71 million lives. Our country lost 27 million of its best sons and daughters in the fight against German Nazism and Japanese militarism. We haven’t forgotten that. That is why Russia’s military operation in Ukraine is of clearly anti-fascist nature.

We do not transfer our attitude to the actions and statements of the current Polish gentlemen to all citizens of this country. Poles are a Slavic people. Ordinary people welcomed the Red Army, that liberated them from fascists, with bread and salt. Our mutually beneficial cooperation within the socialist camp contributed to the restoration and development of Polish industry and science. Hitlers and Banderas, Pilsudski and Morawiecki come and go. And the commonwealth of Slavic peoples, who have been living side by side for many centuries, revives every time against all odds, because it corresponds to their fundamental interests.

The Communist Party strongly condemns the disgusting, Russophobic statement by the Polish Prime Minister and addresses the following words to him: “Hands are short, Mr. Morawiecki. Our history has seen many eager of putting an end to the Russian world, including your like-minded Adolf Hitler. Their place has long been in the dustbin of history. The same fate will be yours.”

Chairman of the CC CPRF