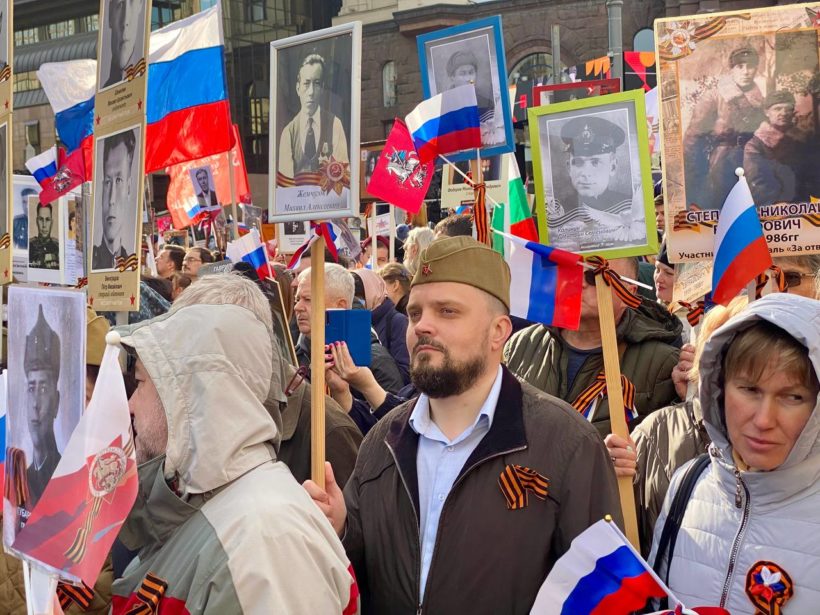 “Our dead will not leave us in disgrace. Our fallen are like sentinels”, sang Vladimir Vysotsky, the Soviet Union’s most popular troubadour, in his famous song “He did not return from combat”. The heart of the cultural identity of the people of the USSR was our historical memory of the Second World War, which cost us 27 million lives and which will always remain for us as The Great Patriotic War.

That is why, from the very first moment of the farce known as “Perestroika”, the media were particularly determined to destroy this part of our collective feeling. Abolishing the absurd and anachronistic censorship that our society suffered from, they also annulled any criteria, opening in the main media of the former USSR the space for a veritable avalanche of all kinds of fake news about our history, presenting our country as a historical deviation that did nothing but lie and threaten the “civilised world”. From this, the famous postmodern discourse full of bad faith and ignorance arises, where “the war between Russia and Germany” is presented as a “conflict between two totalitarianisms”, because “fascism is equal to communism and even communism is worse” because “it is atheistic, it kills its own people more than outsiders and it does not respect private property”. It is precisely from this point of view that all kinds of nationalism are reinforced, the collapse of the USSR is generated and the arrival to power of oligarchic groups controlled by the Western powers is ensured in its republics, and from that moment a vertiginous social, cultural and human regression begins in all the post-Soviet territory.

The only two governments that in recent decades have tried to reverse these trends, at least in part, were Russia and Belarus, whose governments were almost immediately labelled “dictatorial” by the Western press. Without getting into the controversy over the personal virtues and defects of Mr Putin or Mr Lukashenko, which could go on forever, I believe that a brief trip around the region would be enough to see a noticeable difference in the quality of life in the countries of the former USSR. Without being free of all the contradictions, injustices and limitations of the capitalist world, of which Russia and Belarus are a part, these countries have far better social protection than the citizens of Ukraine, Moldova or Kazakhstan; they have created far more space for culture, science and education, and unlike the vast majority of their neighbours, they hold sacred their memory of the Second Patriotic War. 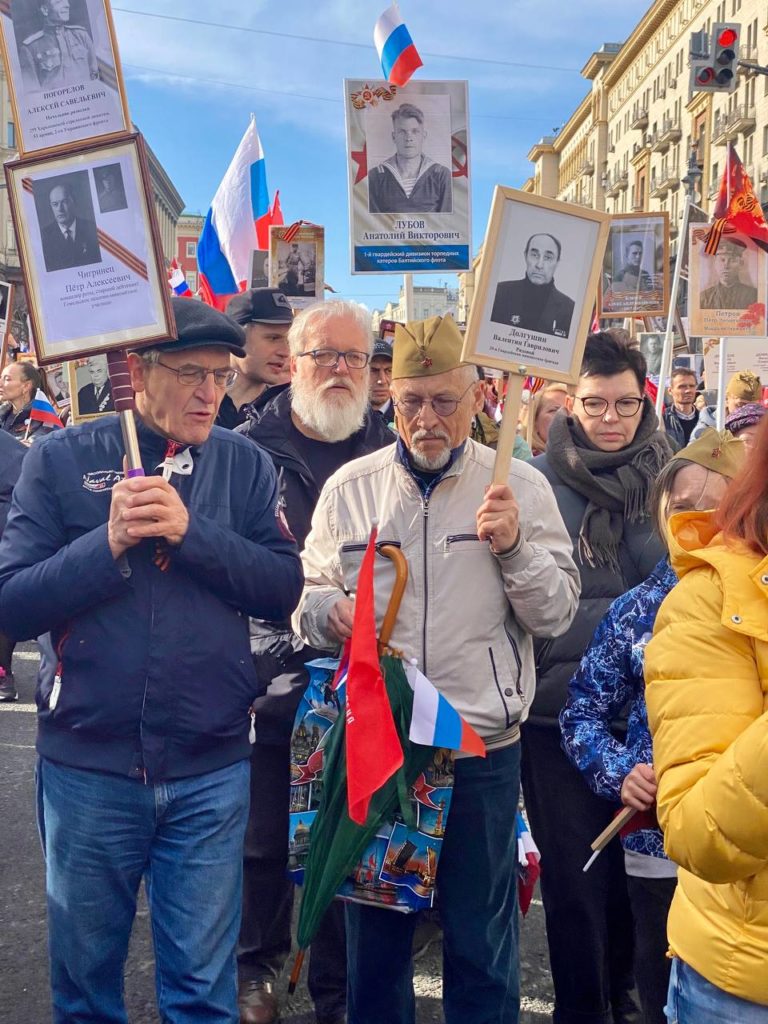 9 May is an absolutely special date for our peoples. It is the day of the victory of the Soviet Union over fascist Germany. To speak of “a triumph of Russia” is also a distortion of the outside media. It was a war that apart from the countless human losses in Russia, also took the lives of every fourth Belarusian and every sixth Ukrainian; Russia was only one of the 15 republics of the USSR.

The 9th of May has always been a day, when the official propaganda of the Soviet state most coincided with the feelings of all the people, because in the whole country there was not a single family that had not been touched by this war. Moreover, it was fought not only for the fatherland, but for the whole of humanity, because the Nazi appetites of that time, just like those of today’s neo-liberals, were planetary. In my childhood memories of the 1970s, there were still thousands of them, probably hundreds of thousands. They were also the ones who gave us the first lesson at the beginning of each school year, it was a beautiful tradition and it was called “bravery classes”. They were relatives, usually grandparents of our classmates, who came to our classrooms to talk and tell us about their experiences in the war, stories that were usually harsher and cruder than the official version, which was much more polished and tidied up. These encounters also had another important meaning: as children we understood how terrible wars and fascism are and how important it is to fight for peace. The veterans of the Great Patriotic War still lived among us, they were our close relatives and teachers, uniting the times and teaching us to love the life they defended.

By the laws of life, every May 9 of every new year in the ranks of the demonstrators there were fewer veterans. Our grandfathers were leaving and now there are very few of them left. We knew that we were losing our memory, while the press and the power that controlled it continued to rewrite history according to their interests.

In 2012, three journalists from the Siberian city of Tomsk launched an initiative to commemorate the new anniversary of the Victory in a citizens’ demonstration with photos and names of our relatives. Thus, the idea of the “Immortal Regiment” was born. The project was declared “non-commercial, non-political, non-state and citizen”. The first participants in Tomsk were more than 6 thousand, who carried more than two thousand portraits of their relatives who were in the war. In 2013 in the “Immortal Regiment”, 120 cities and villages of Russia and 4 countries took part: Russia, Ukraine, Kazakhstan and Israel. In 2014 the event was held in 500 cities in 7 countries of the world. From 2015, the “Immortal Regiment” march becomes one of the main elements of the Victory Day celebrations in Russia, and is held in 1150 cities and villages in 17 countries of the world. In 2016 it is expanding to 42 countries. Along with the marches, a record of family histories is made, thus collecting invaluable historical information, which has more than half a million materials. It is currently being carried out in more than 80 countries.

The march of the “Immortal Regiment” in Moscow on 9 May 2022 was attended by about one million people. It was a long march, lasting several hours, to the Red Square, with music of that time, without political party flags (only Russian, Soviet and Moscow flags were allowed), volunteers handed out water and march badges, and at several points they prepared and handed out free hot tea for the cold and hot military food from the wartime. To make banners with photos of family members or friends to go to the march, it was enough to go with the photos and texts a few days before to various state identification service centres, where the posters could be printed out and made quickly and free of charge.

The emotions inside the “Immortal Regiment” are indescribable. Here are some photos and videos from the march in Moscow on 9 May 2022.

A photo-reportage by Oleg Yasinsky that gives an account of the citizens’ participation in Moscow this May 9, 2022, commemorating the victory of the Soviet Union over Nazi Germany on May 9, 1945 in the Second World War, or Great Patriotic War, as it is called in Russia. 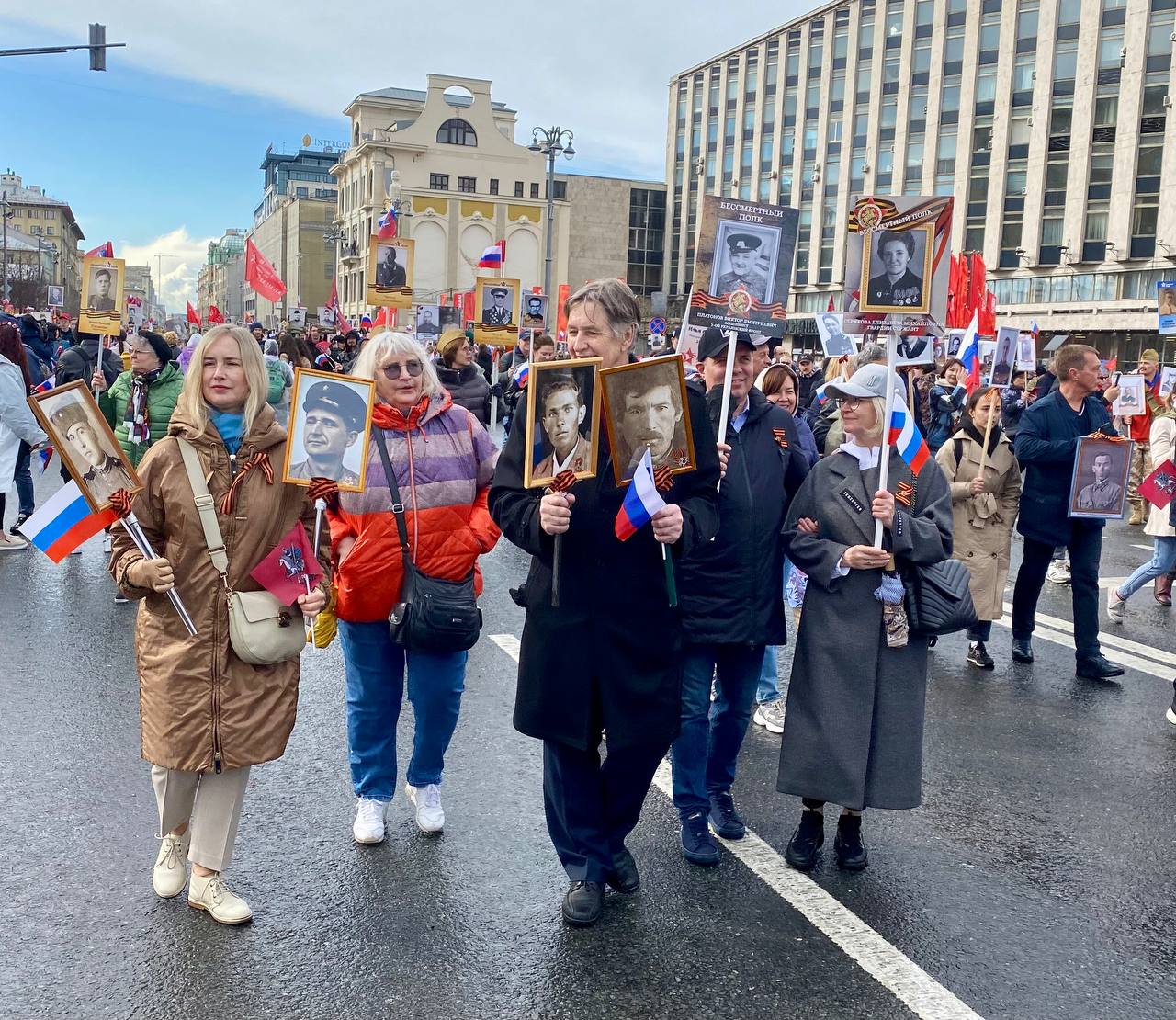 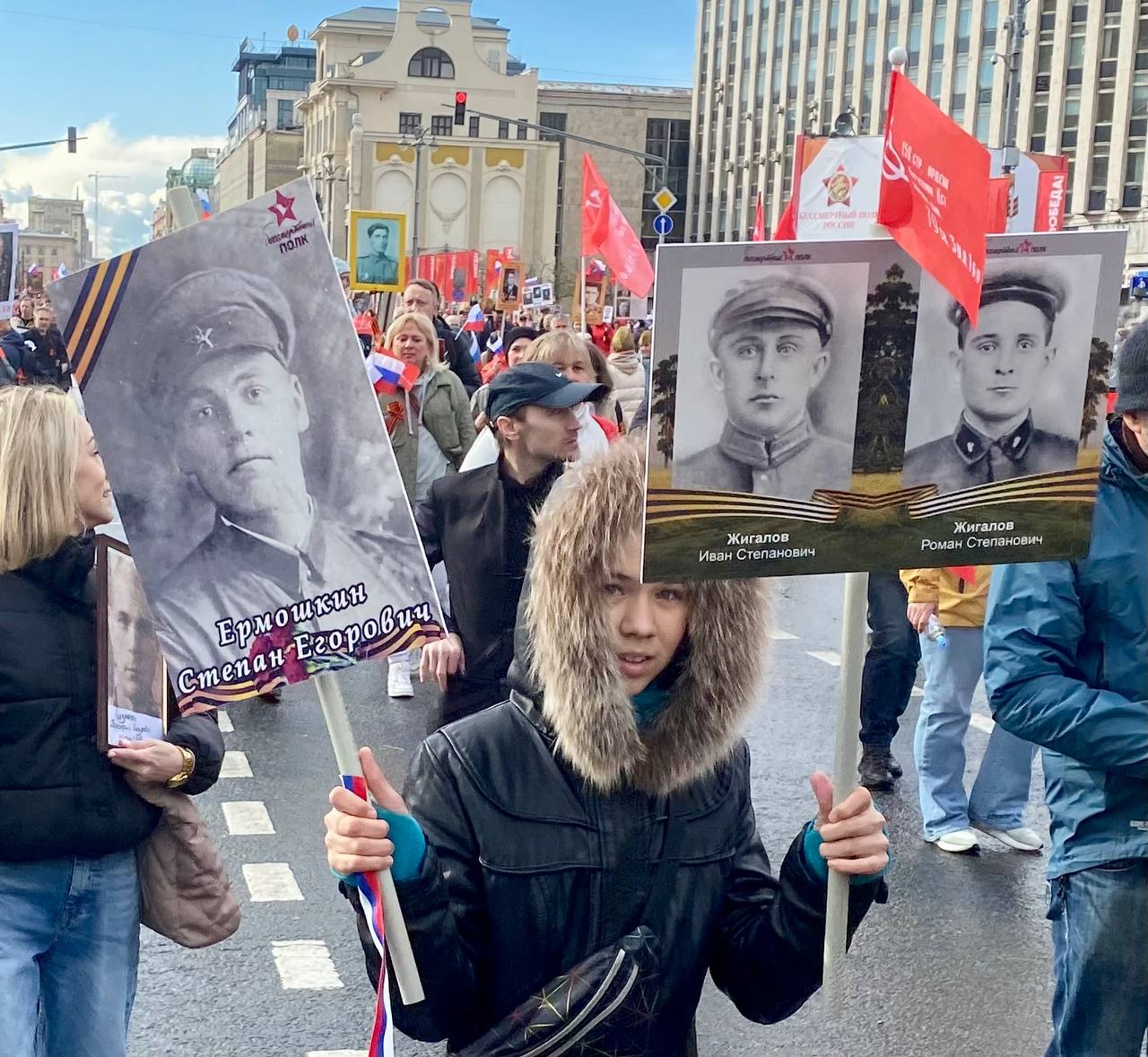 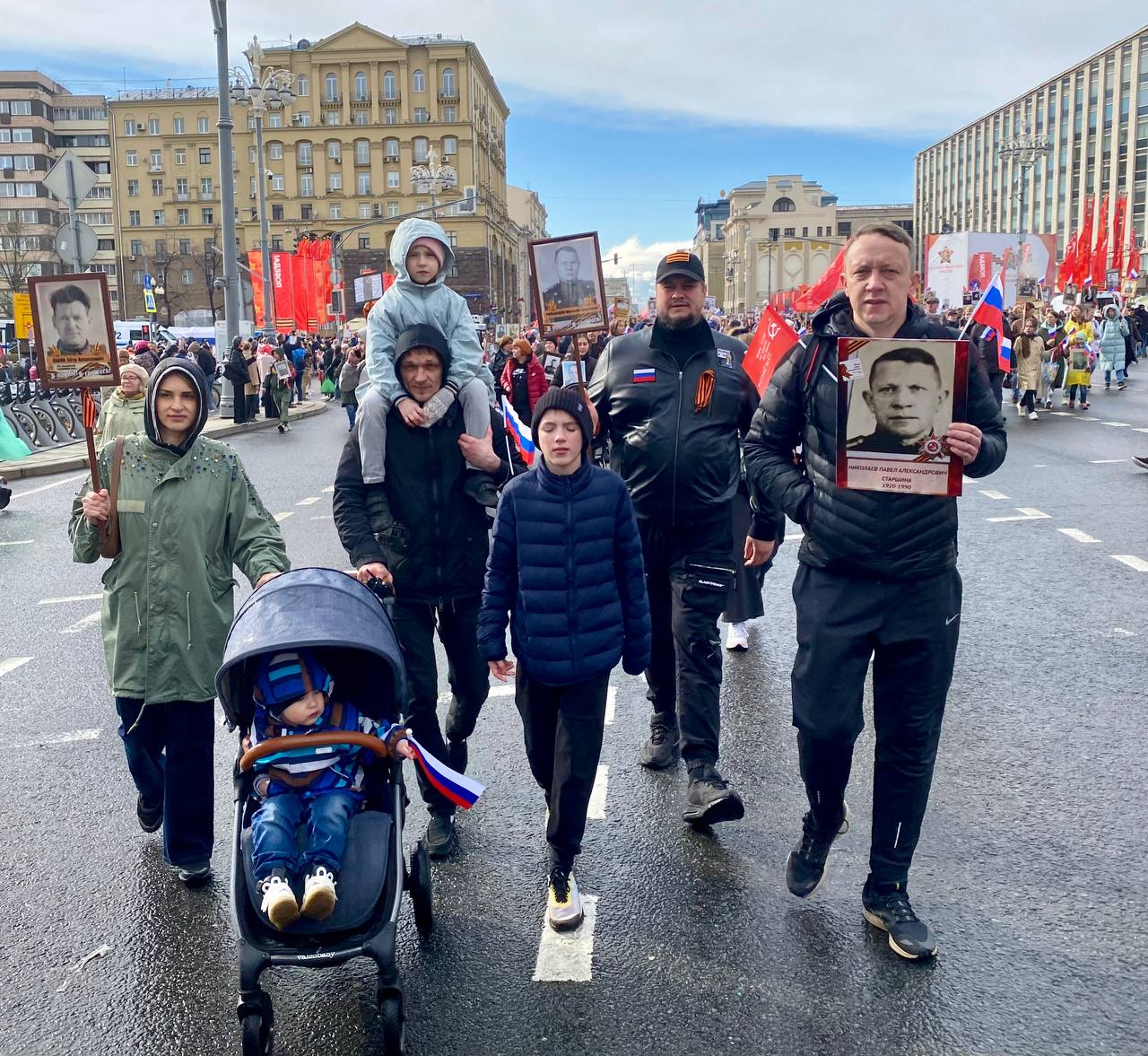 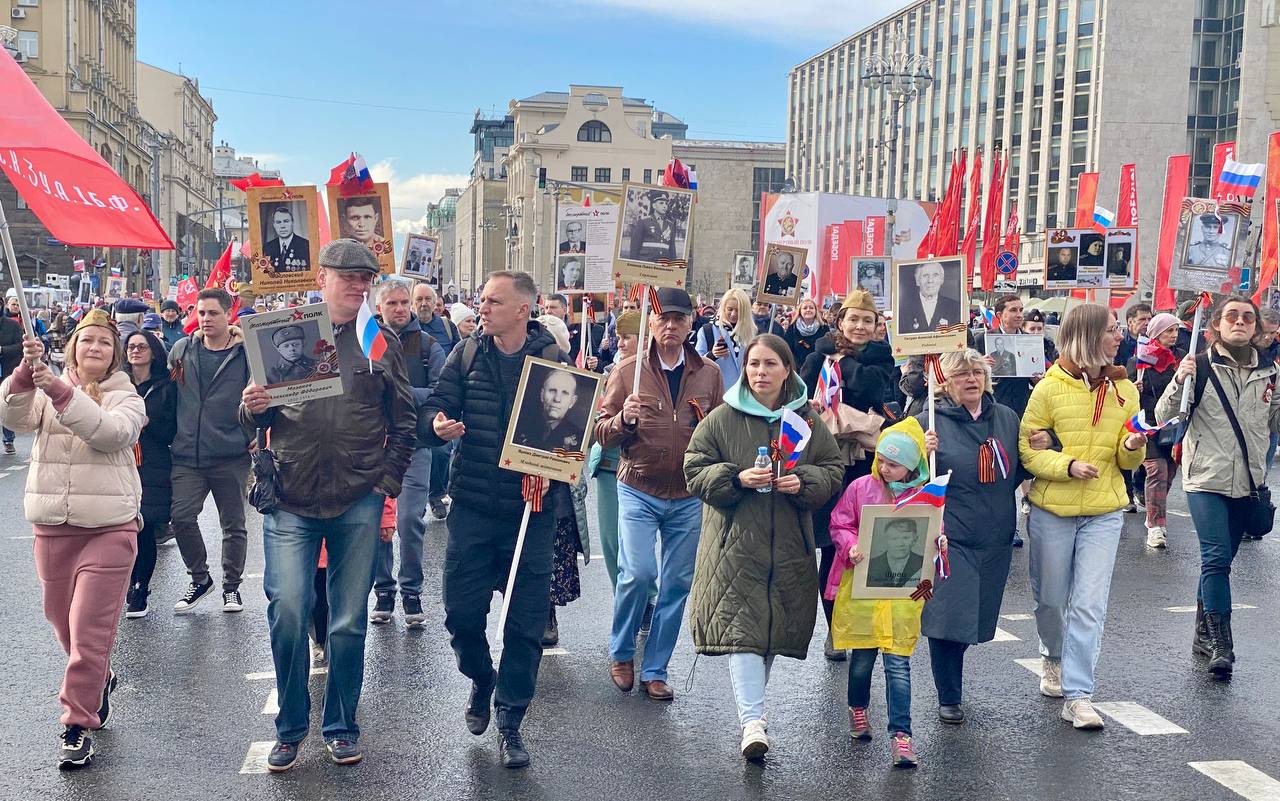 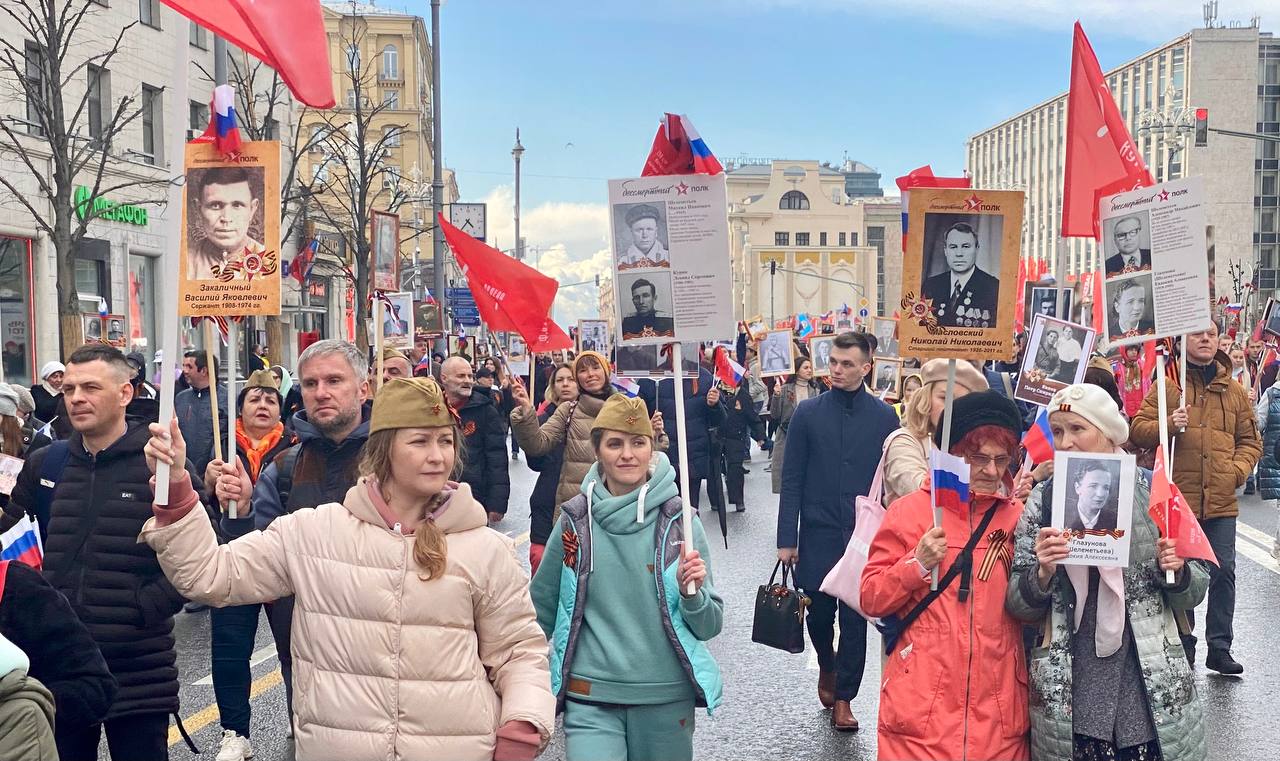 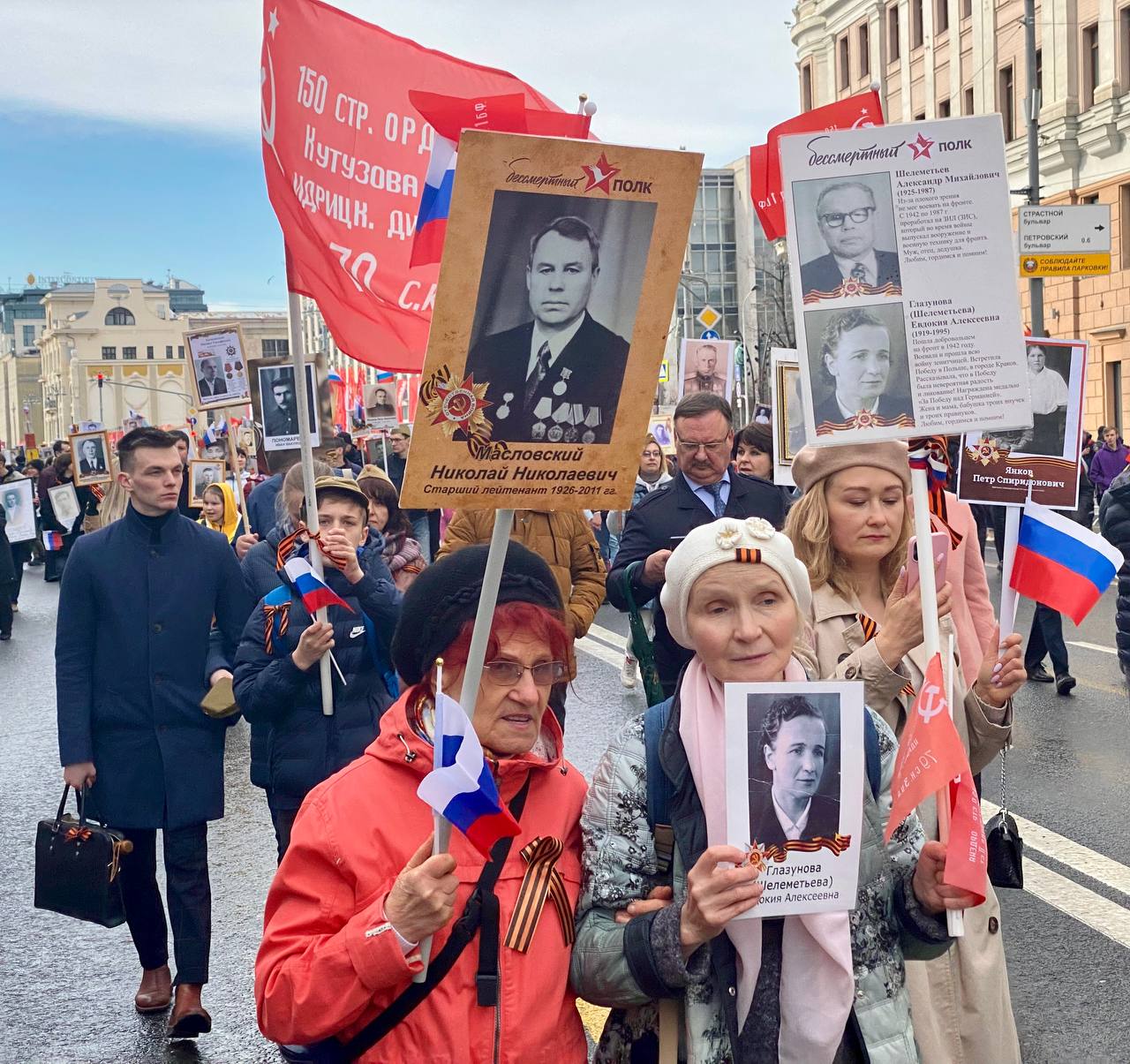 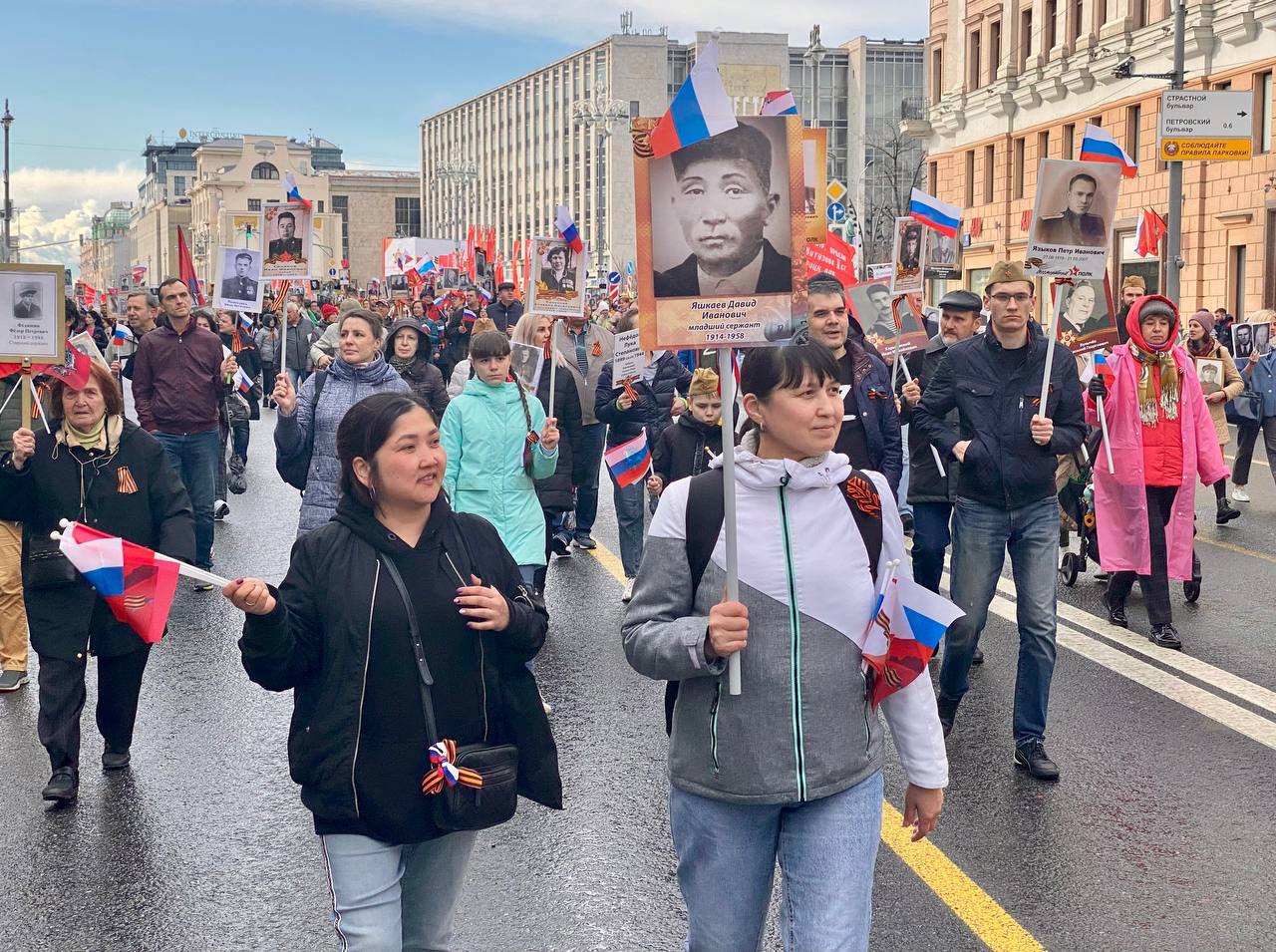 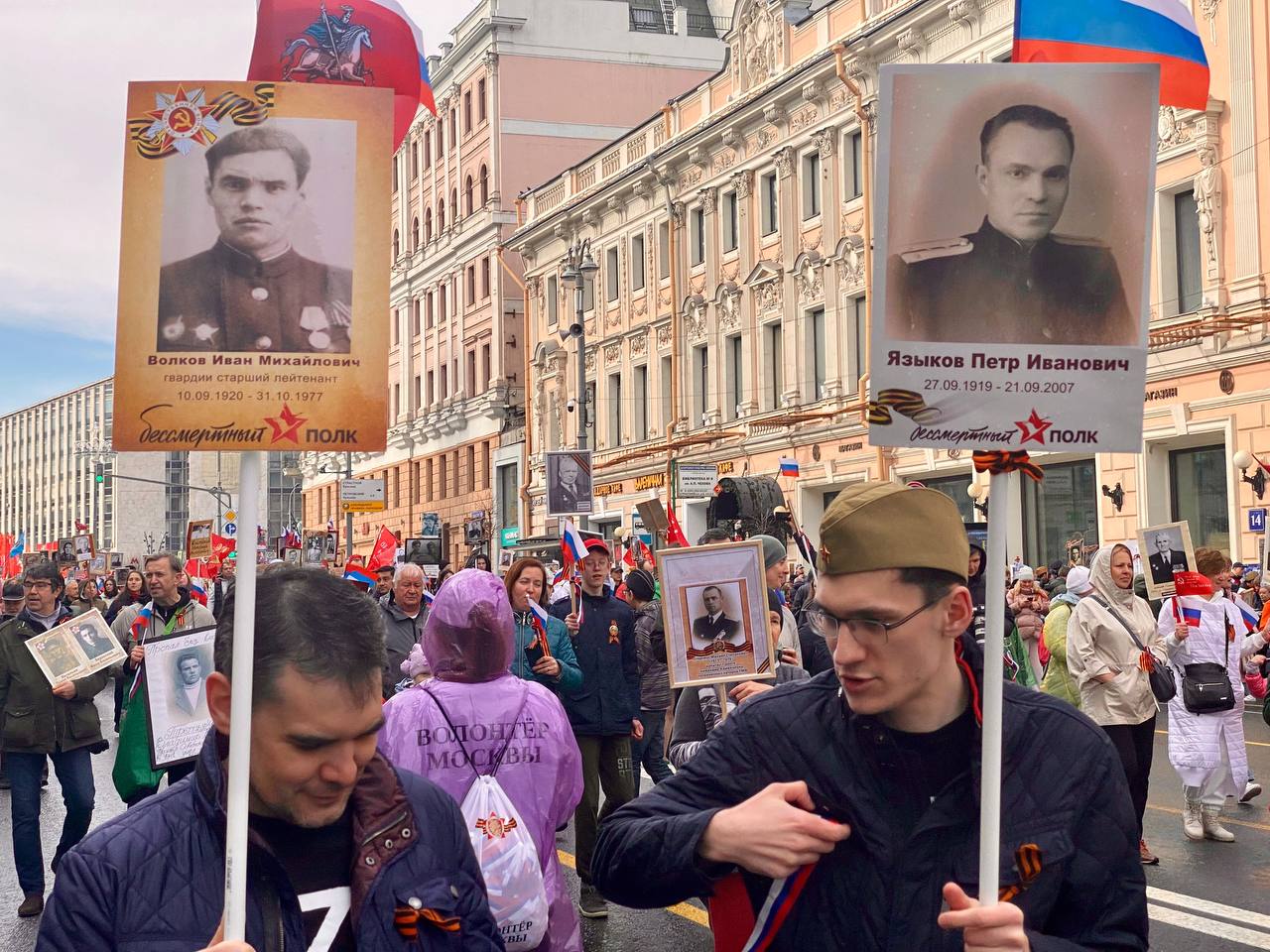 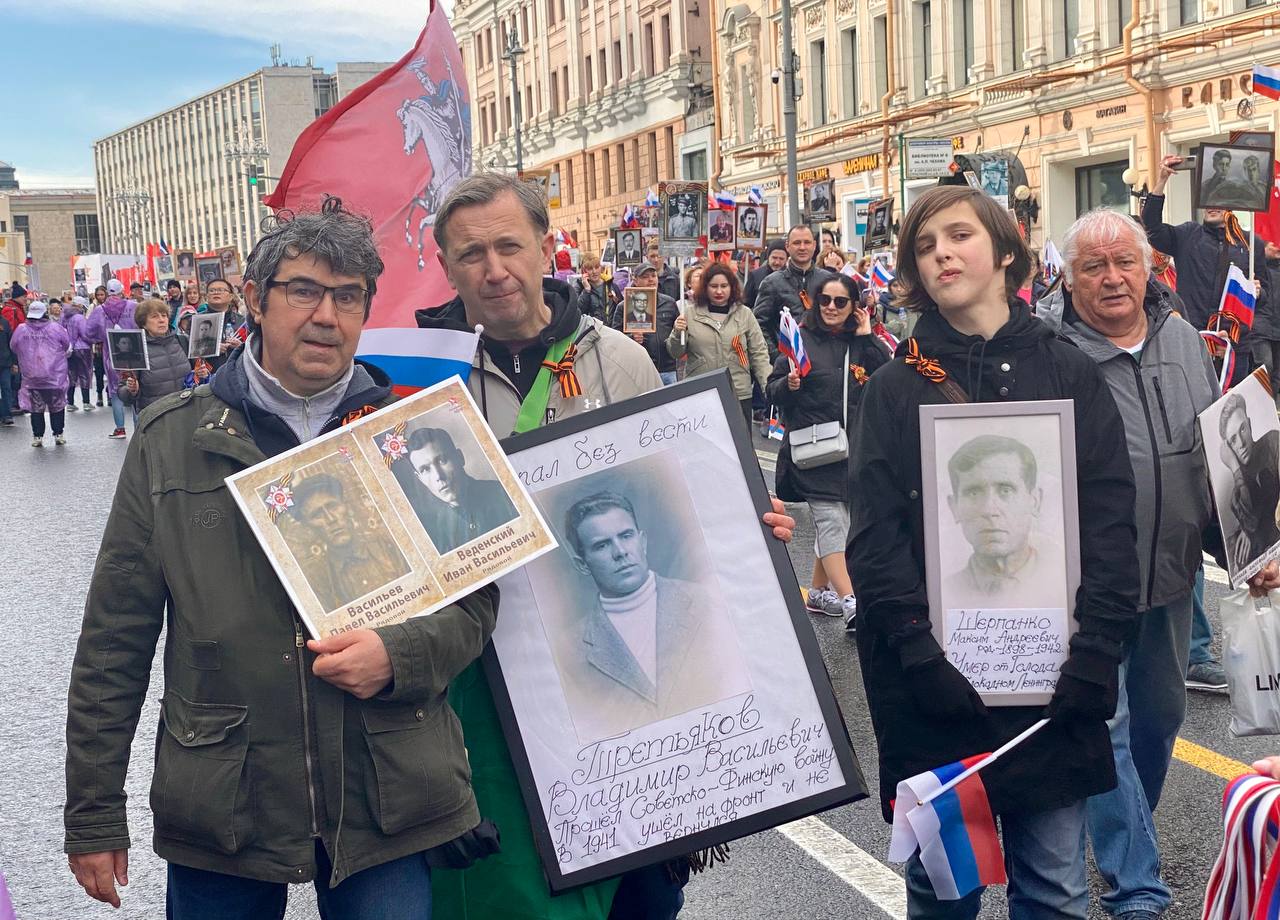 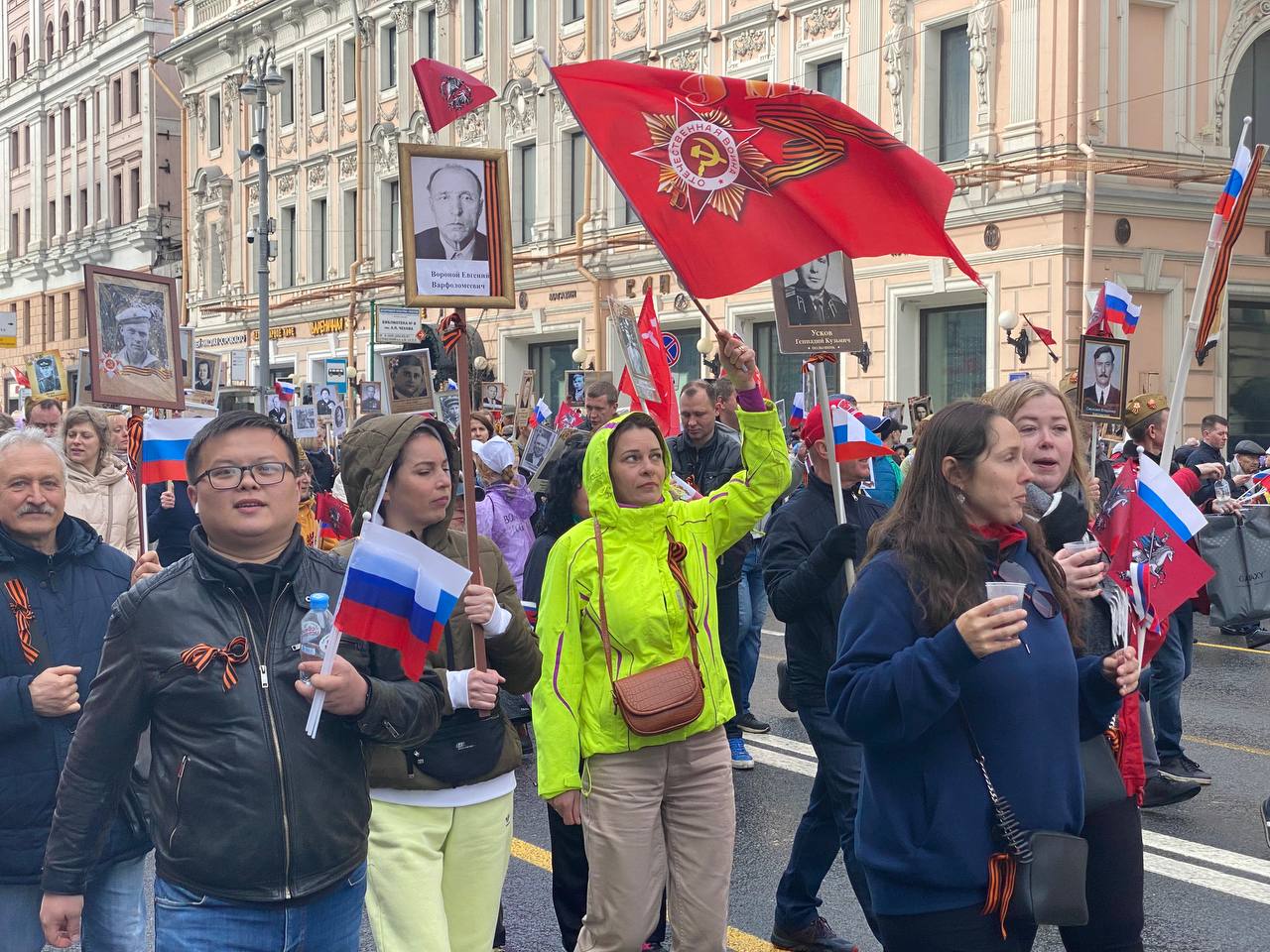 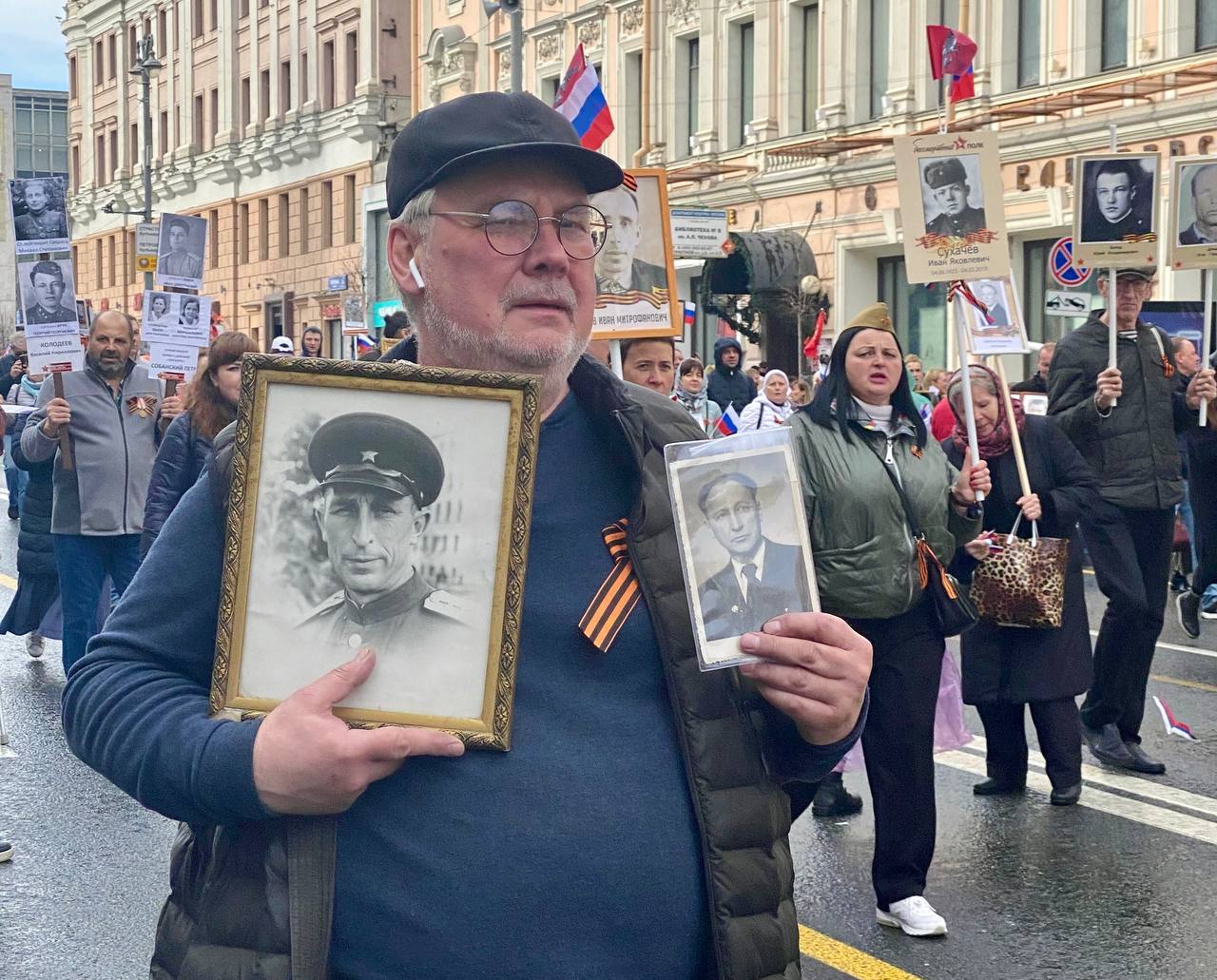 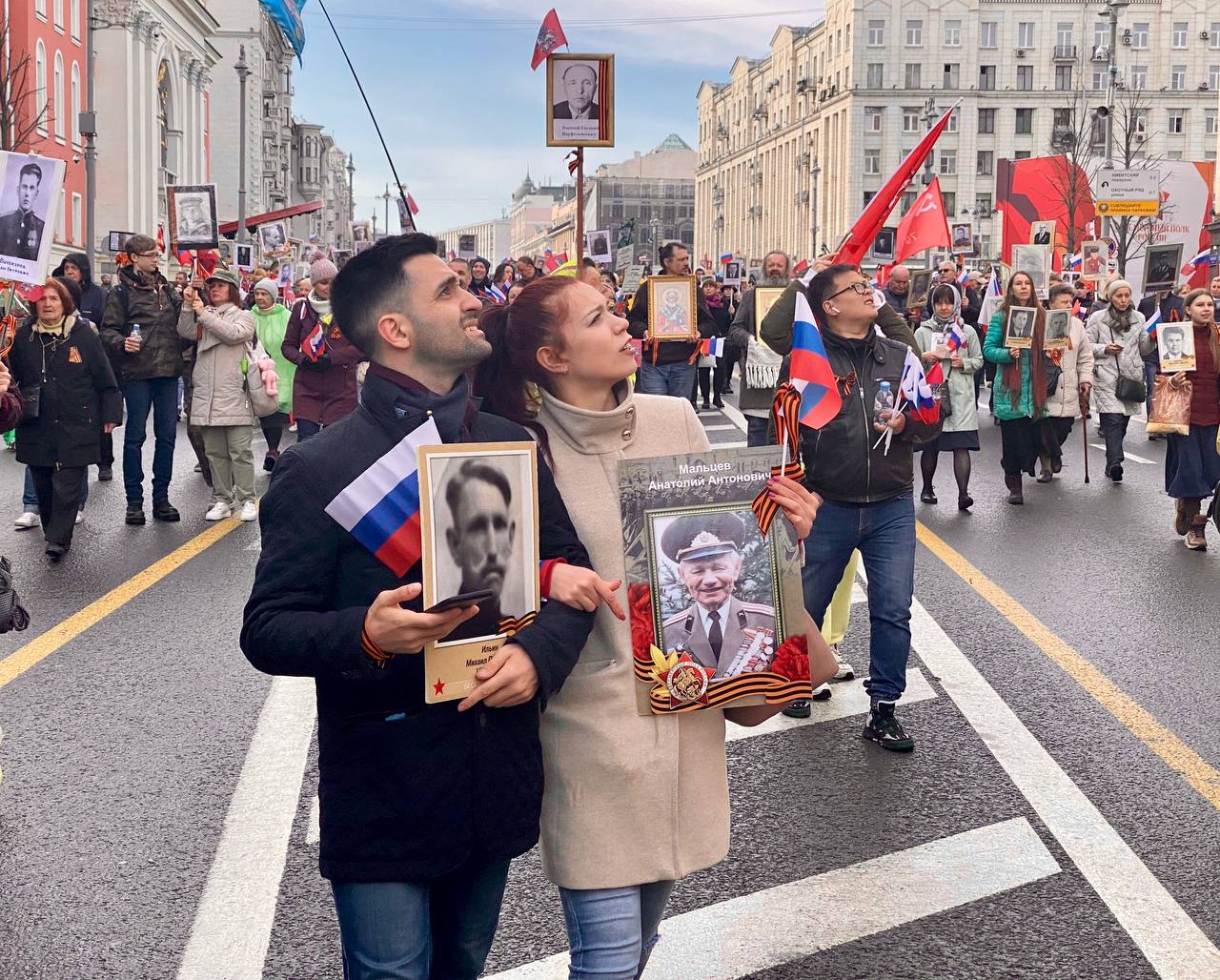 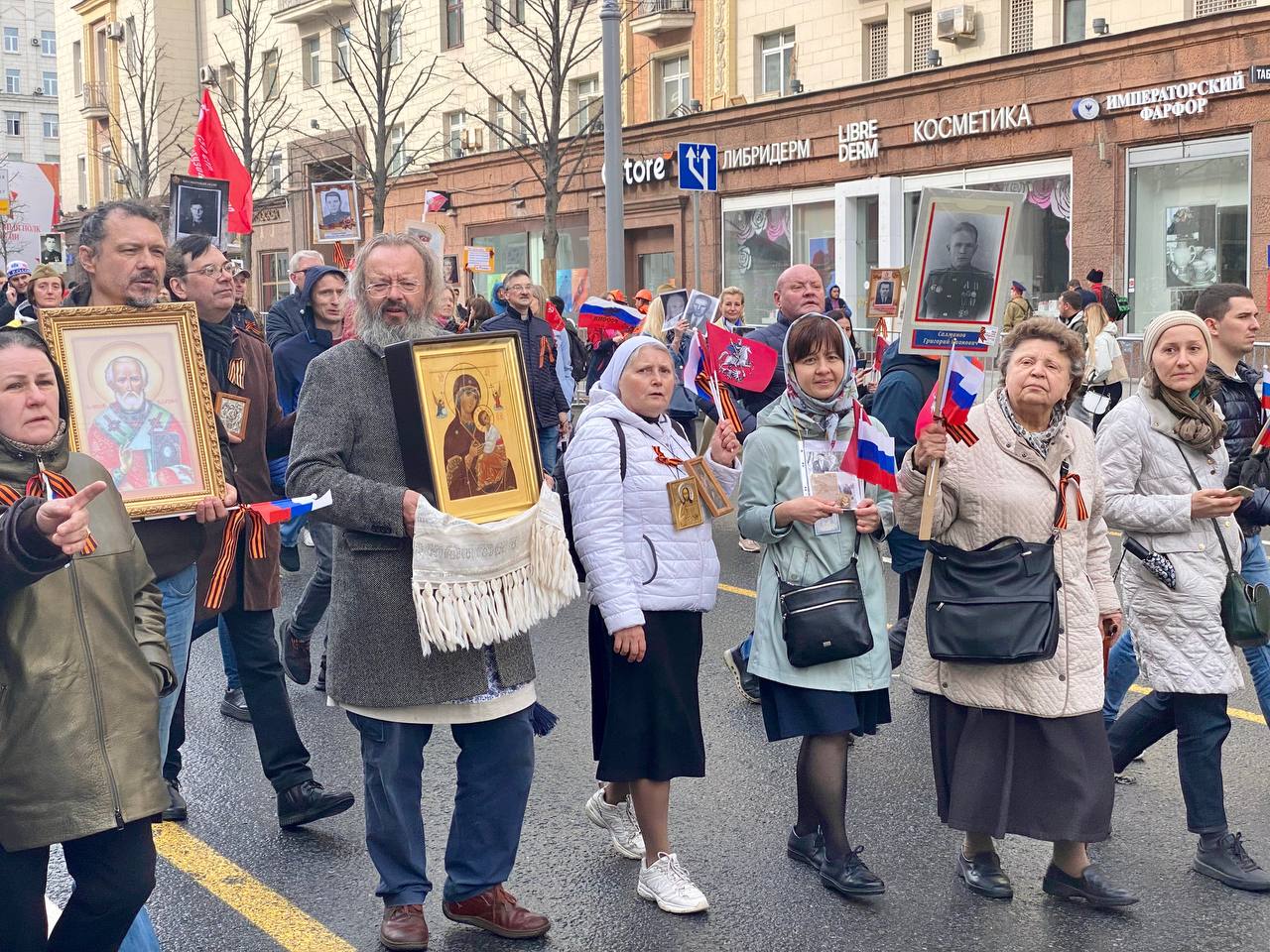 An Open Letter to the American People, as Russia Celebrates its WW2 Victory Over the Nazis

Fighting Nazism in Ukraine and the West’s Standoff with Russia

Why Should Russia and the United States Be Enemies When They Have a 240-Year History of International Friendship and Support?