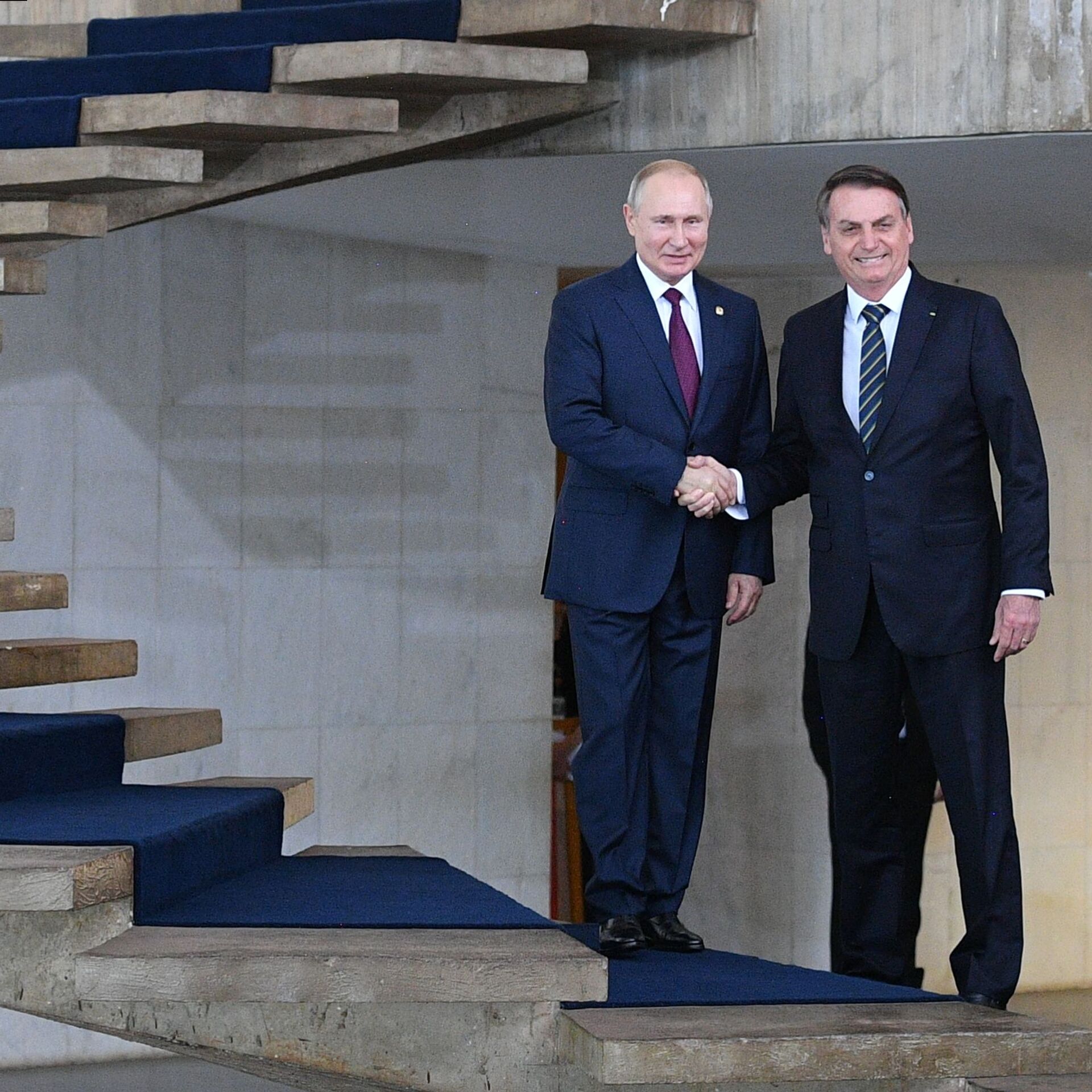 The answer to this question seems to lie in one product: fertilizers. Siding with the United States and its allies against Russia would mean bringing Brazilian agribusiness to its knees, dependent on the tons of fertilizers provided by the Russian Federation, an industry of which it is the world’s leading producer.

Brazil competes with the United States for the podium as the world’s leading producer of soybeans and is the world’s leading exporter of chicken meat and the second largest exporter of beef cattle. Without fertilizer chemicals, its production cycle risks being interrupted at a time when commodity prices are rising due to the conflict in Ukraine. For its part, Russia provides it with large quantities of three products that are key to soybean cultivation, wheat, corn and intensive livestock farming.

Brazilian support, manifested not only in Bolsonaro’s repeated statements, but also in the UN Security Council, has been repaid by the Kremlin. Moscow has confirmed its intention to open a fertilizer factory in the agricultural state of Mato Grosso do Sul, while 24 Russian ships with 678 thousand tons of potassium chlorate are expected to arrive in Brazil between late May and early June. The ships departed from the ports of St. Petersburg and Murmansk, following the start of the conflict with Ukraine, and their cargoes are expected to ensure the production of fertilizers for the planting of the 2022-2023 Brazilian agricultural season. In a paradoxically strange scenario, this news was celebrated by the Brazilian right wing expressing its support for Putin’s Russia, it was not the left wing who participated in this conviviality on social networks.

Brazil is one of the countries that has a traditionally very strong diplomatic career structure that is also quite independent of the governments in power. So we find two positions in the South American colossus, on the one hand, Bolsonaro, acting president supporting Russia, and on the other hand the position of career diplomacy or Itamaraty (headquarters of the Ministry of Foreign Affairs of Brazil), which strongly condemned the Russian special military operation in Ukraine which it unceremoniously called “invasion”. This has brought some discomfort at the internal governmental level to Bolsonaro. Let’s remember that Brazil is a faithful aspirant for permanent membership in the UN Security Council and this decision to be neutral in the conflict (with an open pro-Russian bias) would not be a point in his favor.

For now, Vladimir Putin, has an ally in Bolsonaro, something that greatly displeases Washington because of the specific weight of Brazil, one of the largest countries in Latin America and the main economy of the southern hemisphere. The Brazilian president cares little that Russia cleanses the Ukrainian territory of neo-Nazis. He is interested in the economy and agribusiness that provides jobs, growth and food. The rest is just carpentry. This is what Bolsonaro said at the beginning of the conflict “it is something minor”, but which is evidently being used by the United States to lead mainly the old continent through the gorge.