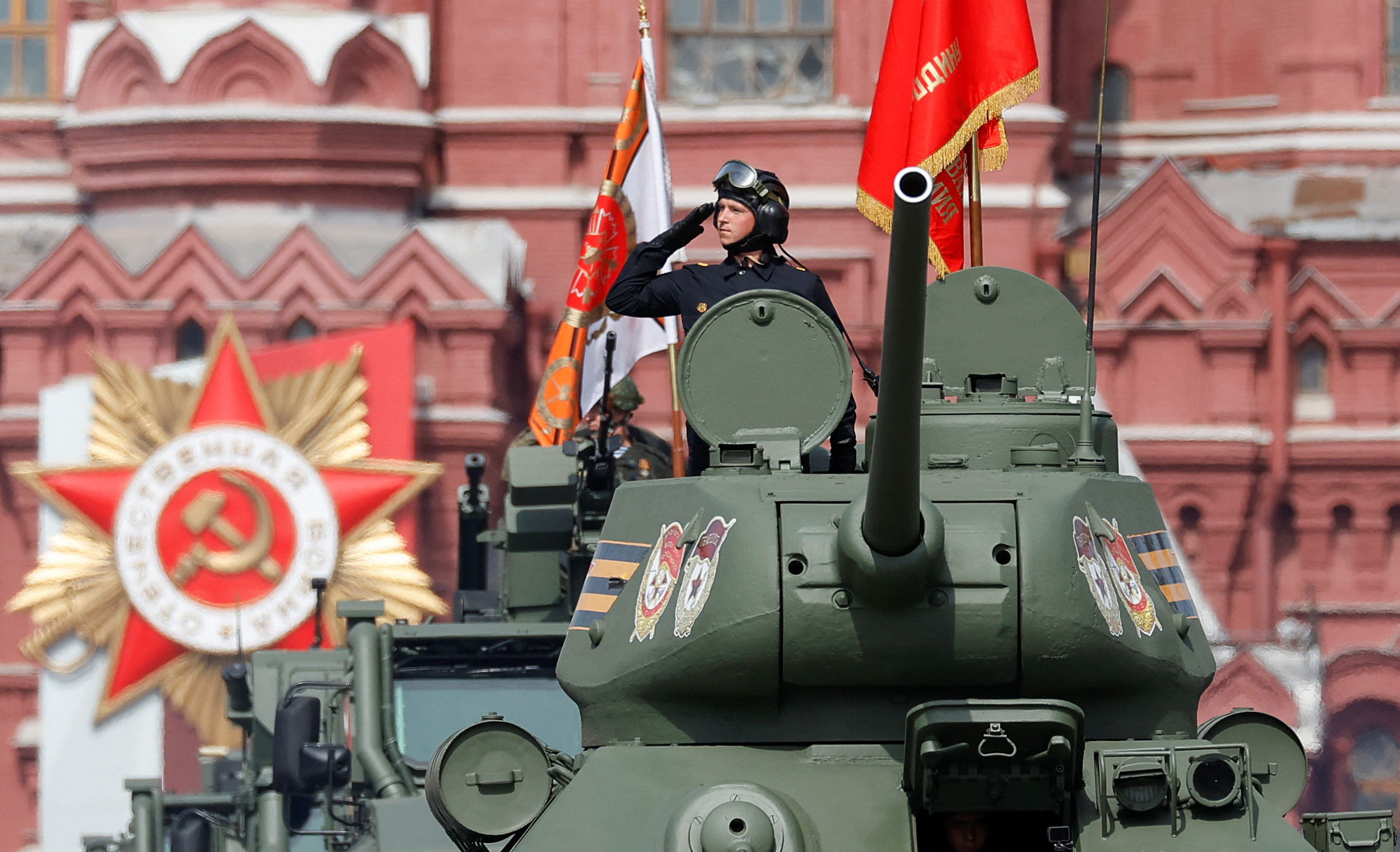 Russia and its allies celebrate May 9 with a living conviction to defeat Nazism and imperialist aggression.

Russia celebrates Victory Day on Monday, May 9, the annual commemoration of the defeat of Nazi Germany. The date marks the official surrender of the Third Reich to the allied forces.

However, it is truly remarkable that of the three main World War Two allies – the United States, Britain and the Soviet Union – it is Russia that stands alone in continuing to celebrate the historic victory with such vibrancy and deep emotional reverence.

Over the past 77 years since the original Victory Day, there has been a discernible diminution in the Western states of the importance of the occasion. Unlike in Russia where the whole nation rallies with processions, dedications and celebrations – culminating in the impressive Red Square parade – by stark contrast, in Western states, the occasion is now hardly saluted.

This is partly due to the fact that so few veterans of the war are alive. But also, more so perhaps, among the Russian population, there is an abiding passionate sense of what the historic event means. After all, nearly 30 million Soviet citizens lost their lives during the horrific war and their memories are carried forward proudly by families and forthcoming generations. The collective memory of such an immense sacrifice for the sake of others is indelible.

There is a deeper, more structural political factor pertaining to the nature of Western state imperialism. That nature has been hidden for many years by careful media control and self-aggrandizing mythology about presumed Western virtues.

This year, Victory Day acquires renewed importance and an awesome relevance. Russia has dealt a fatal blow to Nazi heirs of the Third Reich with the launch of its defensive military intervention on February 24 in Ukraine. For eight years, the Russian-speaking population of Ukraine had endured vicious offensives by the NATO-backed Kiev regime. An international peace deal mediated by Moscow in 2015 (along with France and Germany) was blatantly ignored and eventually repudiated by the Kiev regime, an unconscionable betrayal of legally binding obligations to which Western powers and their media turned a cynical blind eye. On top of that, the Kiev regime and its self-professed Nazi Azov regiments were covertly planning to launch major aggression against the ethnic Russian people of the Donbass until it was preempted by Russia’s intervention. The Kiev regime was installed by a CIA-backed coup d’état in 2014 which violently ousted an elected president. The evident purpose of the regime was to destabilize Russia and spearhead a NATO-wide threat toward Russia. That threat was building all the time with the installation of U.S. strategic missiles in Europe and the sponsoring of bioweapon laboratories in Ukraine by the Pentagon.

It is obvious that the present conflict in Ukraine is the result of a long process of NATO-engineered aggression against Russia. Even the Roman Catholic Pope Francis has acknowledged that fact, only for him to be lambasted by Western media as a pro-Russian conspiracy theorist.

As Russian forces succeed in liberating the Donbass from eight years of Nazi brigades holding these areas under siege, the inhabitants are now recounting the horrors under which they lived. The NATO-trained and weaponized Azov regiments and other battalions – who openly glorify Nazi SS death squads – imposed a reign of terror on the Donbass from where they would also fire on the breakaway republics of Donetsk and Lugansk. Nearly 14,000 people were killed during eight years of NATO and European Union-backed violence. Not a word of condemnation was uttered by the Western media during that time.

The Kiev regime continues to use NATO weapons to attack civilian areas in the Donbass when they get the chance. The all-telling thing is that the Western media report nothing critical about the Nazi regiments, their criminal, genocidal tactics, or the NATO connections. Indeed today, the Western media eulogize the “brave” Azov defenders against Russian “aggression”. The United States, its NATO allies and the European Union political leadership are today funneling weapons to a regime that is the modern incarnation of the Third Reich in Europe (despite a Jewish president figurehead), and the Western media of course cover up that nefarious configuration. The damning fact is the Western sponsors of this regime are creating the conditions for a Third World War.

Events in Ukraine and the NATO aggression that created the conflict and is sustaining it serves to underscore that militarism and violation of international law are an abiding threat to world peace despite the defeat of Nazi Germany 77 years ago. Russia is consistent in its commemoration of Victory Day. The Western powers pay lip service but, despicably, their conduct over Ukraine is evidence that they are empirically closer now to the defeated Third Reich than they are to the supposed allied victors.

This may seem a disorienting, even incredible, conclusion. Decades of Western boasting and media mythology have claimed almost a single-handed victory by the Western allies against Nazi Germany. The United States in particular likes to preen and self-congratulate about “liberating” Europe from fascism. The historic and actual pivotal role of the Soviet Union has long been downplayed and devalued.

But as historian and philosopher Werner Rügemer explained in a formative article this week for Strategic Culture Foundation, the end of the Second World War was really just a punctuation mark for the continued imperial expansion of the United States. The U.S. and its NATO military vehicle established in 1949 propounded the lie of Cold War and “defense of Europe against the Soviet Union” as a cover for American imperialism. As Rügemer notes, the eastward expansion of NATO since the end of the Cold War is a continuation of the hegemonic process of conquest in continual violation of the United Nations Charter. The U.S.-led wars in every corner of the globe over the past 77 years are the corollary of the fact that the United States and its imperialist surrogates in NATO and the European Union are the heirs of Nazi aggression. The proof of that is the political, financial, and military support they are lavishly providing today to the Kiev regime while their own populations and hard-pressed workers suffer the impact of anti-Russian economic warfare.

The Victory Day celebrations this year are more important than ever. They are as just as relevant today. But what’s significant this year is it is also more apparent than ever the Western fraudulence in their historic claims about the defeat of Nazism and fascism.

Russia and its allies celebrate May 9 with a living conviction to defeat Nazism and imperialist aggression and to uphold the legal and moral principles of the United Nations. It is obvious and shockingly shameful where the United States and its imperialist allies now evidently stand. What’s even more disturbing: their historical trajectory is not a deviation; it is an organic continuum of Western imperialism. The only thing that has changed over the years is the ideological, myth-making camouflage to conceal the malevolent nature; and that camouflage is increasingly threadbare to the point of being discarded altogether.