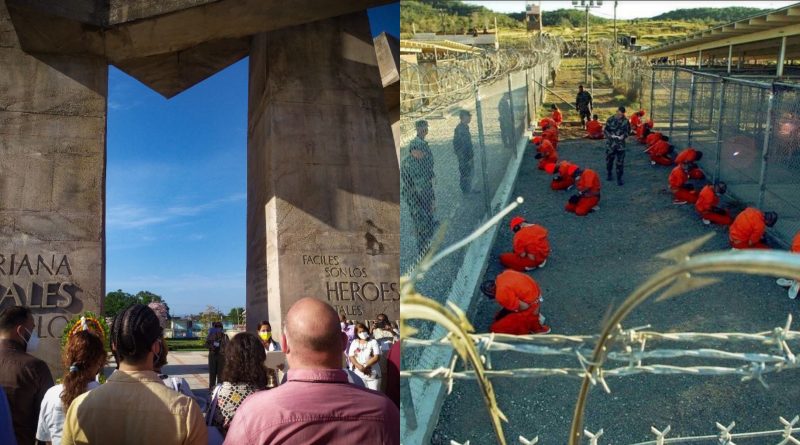 The VII International Seminar for Peace and for the Abolition of Foreign Military Bases of the United States and NATO is taking place in the province of Guantánamo in eastern Cuba.

The meeting will demand the cessation of the arms race being carried out by the United States and its NATO allies and an end to torture camps and the illegal occupation of Cuba’s Guantánamo Bay.

The Guantánamo Naval Base, the oldest in the world, is used by the United States to supply logistical means to the US fleet and is the cite of an international torture center.

The seminar is being held against the backdrop of increasing aggression and interference by US imperialism and NATO, through the media war, and the promotion of conflict and tension around the world.

Participants will also reaffirm support for the Proclamation of Latin America and the Caribbean as a Zone of Peace, endorsed by CELAC states in January 2014.

President of the World Peace Council, María do Socorro Gomes, expressed her condemnation of the foreign usurpation of Cuban territory, as well as the atrocities that occur there.

On Thursday afternoon, the delegates will visit Caimanera, bordering the illegal US naval base, where the Final Declaration of the event will be read in the presence of local residents.

Kawsachun News with Information from Cubadebate