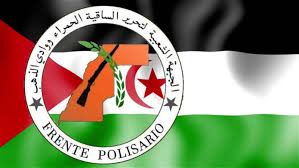 Algiers, 10 April 2022 (SPS) – The Polisario Front has decided to suspend its contacts with the current Spanish Government, following the position of Spain’s Prime Minister Pedro Sanchez on the issue of Western Sahara.

“The Polisario Front has decided to suspend its contacts with the current Spanish Government until it dissociates from the instrumentalization of the Sahrawi issue within the framework of appalling bargaining with the occupier, and until it conforms to the decisions of the international legality which recognizes the Sahrawi people’s right to self-determination and respect of its internationally recognized borders,” the Polisario Front said in a statement.

The Polisario Front said that it took its decision following “the announcement of Sanchez Government’s support to the plan of the Moroccan occupier which aims to annex, by force, the territories of Western Sahara and to seize the inalienable rights of the Sahrawi people to self-determination and independence” and following “the concrete moves taken by the Government of Pedro Sanchez in this regard.” 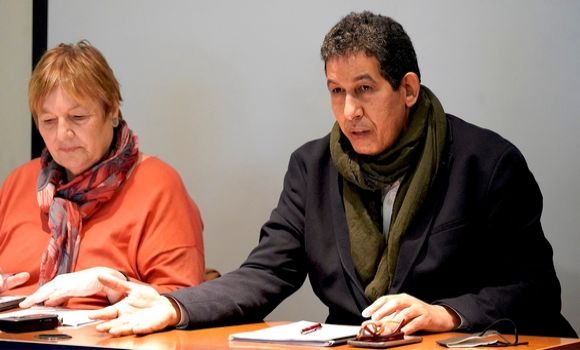 Madrid, 10 April 2022 (SPS) – The Polisario Front representative in Spain, Abdullah Arabi indicated Sunday that the vote of the Spanish Parliament for a proposal reaffirming the inalienable right of the Sahrawi people to self-determination and denouncing the change of position of Prime Minister Pedro Sanchez on Western Sahara, constituted “a clear and categorical rejection” of Madrid’s reversal.

“Parliamentary groups, political parties, trade unions and civil society in Spain reject the position of Prime Minister Pedro Sanchez, which breaks with the traditional position” of neutrality of the Spanish government, affirmed Arabi in a statement to APS.

This rejection, he added, was reflected in “the vote of the Spanish Parliament, which expressed its position rejecting clearly and categorically the decision of Sanchez and demanded to review it, because it does not serve the Sahrawi cause and does not reflect the broad solidarity movement in Spain.

The representative of the Polisario Front deplored, moreover, the fact that the position expressed by Sanchez is not in line with Spain’s policy towards the Saharawi cause and people, and is in total contradiction with the traditional position of the Spanish State, recalling that “Madrid affirmed 45 years ago that its position is in conformity with the resolutions of the United Nations and international law”.

“Spain has a legal and political responsibility towards the Sahrawi cause and the Sahrawi people,” he said, assuring that the reversal of Madrid has prompted “the reaction of parliamentary groups, political parties, trade unions and civil society, which defend the right of the Sahrawi people to self-determination and independence.

Shahid Alhafid, 11 April 2022 (SPS) – The Permanent Office of the National Secretariat of the Polisario Front has considered that the recent position of the Spanish Prime Minister, Pedro Sánchez, on the Sahrawi issue, “is a step forward in the direction of trampling international legitimacy and the right of the Sahrawi people to freedom and independence”.

In a statement culminating its meeting on Sunday, chaired by the President of the Republic, Secretary-General of the Polisario Front, Brahim Ghali, the Office once again condemned the “position of the Spanish prime minister in support of Morocco’s aggressive expansionist thesis,” stressing that it was “a step forward in the direction of trampling international legitimacy and the legitimate rights of the Sahrawi people, enshrined in the Charter and resolutions of the United Nations.”

In this context, the office commended the “overwhelming solidarity momentum on the part of the Spanish peoples, their political, trade union and civil society forces, which emphasize the legal, political and moral responsibility of the Spanish state towards the Sahrawi people, which it cannot renounce unilaterally.”

The Polisario Front announced on Saturday, in a statement, that it had suspended contacts with the current Spanish government following Pedro Sánchez’s recent position.