The city of Bucha, in Ukraine, has recently come to the attention of the US and EU corporate media, for the purpose of criminalizing Russia for the supposed assassination of 300 civilians. However, the lack of evidence for these claims brings into doubt any allegations that the Russian military was involved.

After the Ukronazi regime of Volodimir Zelensky published images depicting corpses in Bucha, supposedly killed by the Russian military, in the middle of the street and in mass graves, calls have been issued for Russia to be tried internationally for war crimes.

Reuters correspondents confirmed that they had seen bodies strewn in the streets, with their hands and feet tied, as if they had been arrested.

The Ukrainian Minister of Foreign Relations Dmytro Kuleba posted a series of tweets in English with the images, and requests for the G7 countries to roll out even more “sanctions” against the Russian Federation. He called the scene a premeditated “massacre” carried out by the Kremlin and pleaded for more international military aid. “Tanks, combat aircraft, heavy air defense systems. Provide them now,” wrote Kuleba.

Sergei Lavrov, Russia’s minister of foreign affairs, has responded that “another attack of false claims was made in the city of Bucha, in the Kiev region, after the Russian military had already left the area, as was planned and agreed upon. A few days later, they organized a staged event there which the Ukrainian spokespeople and their western sponsors have been disseminating throughout TV channels and social media.”

Additionally the minister of defense released a statement in which he rejected Kiev’s accusations:

All of the photos and videos published by the Kiev regime which supposedly show the “crimes” committed by the Russian military in the city of Bucha, in the Kiev region, are a novel provocation… While this city was under the control of the Russian Armed Forces, not a single local resident was subject to violent actions. The Russian military delivered 452 tons of humanitarian aid to civilians in the Kiev region… During the entire period that the city was controlled by the Russian Armed Forces and even after, the local residents could freely move through the city of Bucha and use their cell phones… The exits from Bucha were not blocked off. All of the local residents had the opportunity to freely leave the city to the north, even towards Bielorrusia. At the same time, the south of the city, even the residential areas in the outskirts of the city, were bombarded for 24 hours by the Ukrainian troops with heavy artillery, tanks and various missiles… We want to stress that the Russian military left Bucha on the 30 of March, a day after the peace negotiations which took place between Russia and Ukraine in Turkey… Furthermore, on the 31 of March, the Mayor himself [of Bucha], Anatoli Fedoruk, confirmed in a video that the Russian military was no longer there and did not mention that any local residents had been arrested and shot in the street… Thus, it is no surprise that all of this so-called “evidence of crimes” in Bucha has appeared four days later, when the Ukrainian Security Service and the Ukranian TV representatives had arrived to the city… The fact that none of the bodies in the images published by Kiev were suffering from rigor mortis is especially worrisome, they lacked the pale complexion characteristic of a corpse and were not covered in coagulated blood… All of this is irrefutable proof that the photos and videos published from Bucha were produced by the Kiev regime for the western media, just like the maternity hospital from Mariupol.

In this regard, the Russian version starkly contrasts with the Ukronazi version of events, which has so aptly been spread by the western media in a new chapter of the information war against Russia. Russia’s government not only rejected the claims of the Ukrainian president, but also affirms that the massacre was “staged” and is a “provocation.”

As the Zelensky government requests that the Kremlin be judged by the International Criminal Court for war crimes, the United Kingdom has contested Russia’s calls for a new session to be held at the United Nations Security Council in order to discuss the subject, which is surprising since this would be the ideal place to put forward the demands of Ukraine’s Foreign Minister.

When the events are carefully analyzed, it becomes apparent that the Russians are much closer to the truth that the Ukrainian regime.

Proof that the Ukronazi’s staged the events

The Russian military was present in Bucha, which is almost 40 kilometers outside of the capital, for approximately five weeks while it was positioned around Kiev, .

The website War On Fakes, which has taken up the task of deconstructing the biggest lies, fake news, and psychological operations which have been promoted in relation to the Ukrainian battleground, has posted a chronology from March 30 to the present in order to determine if the Kiev regime’s accusations have any substance: 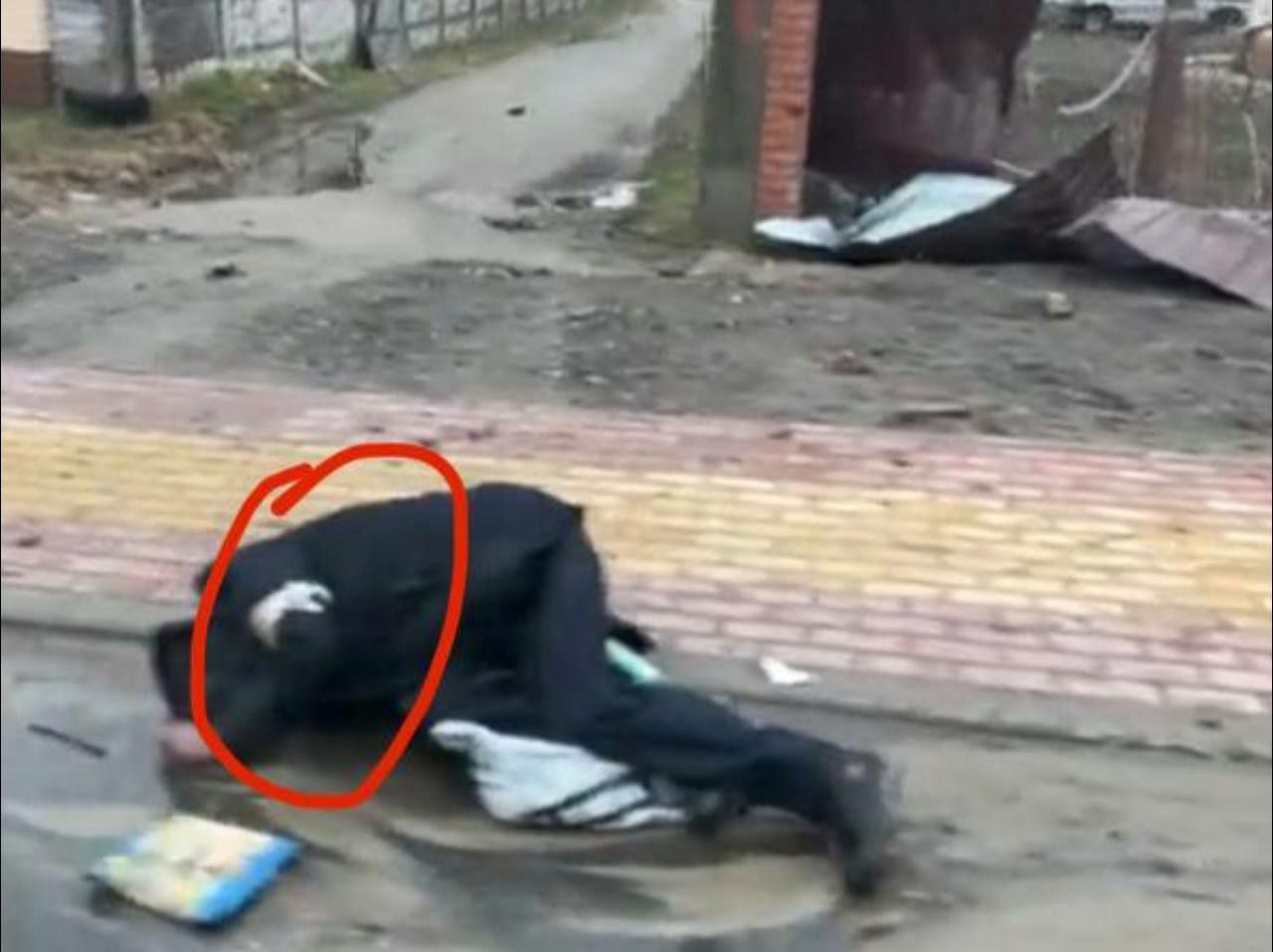 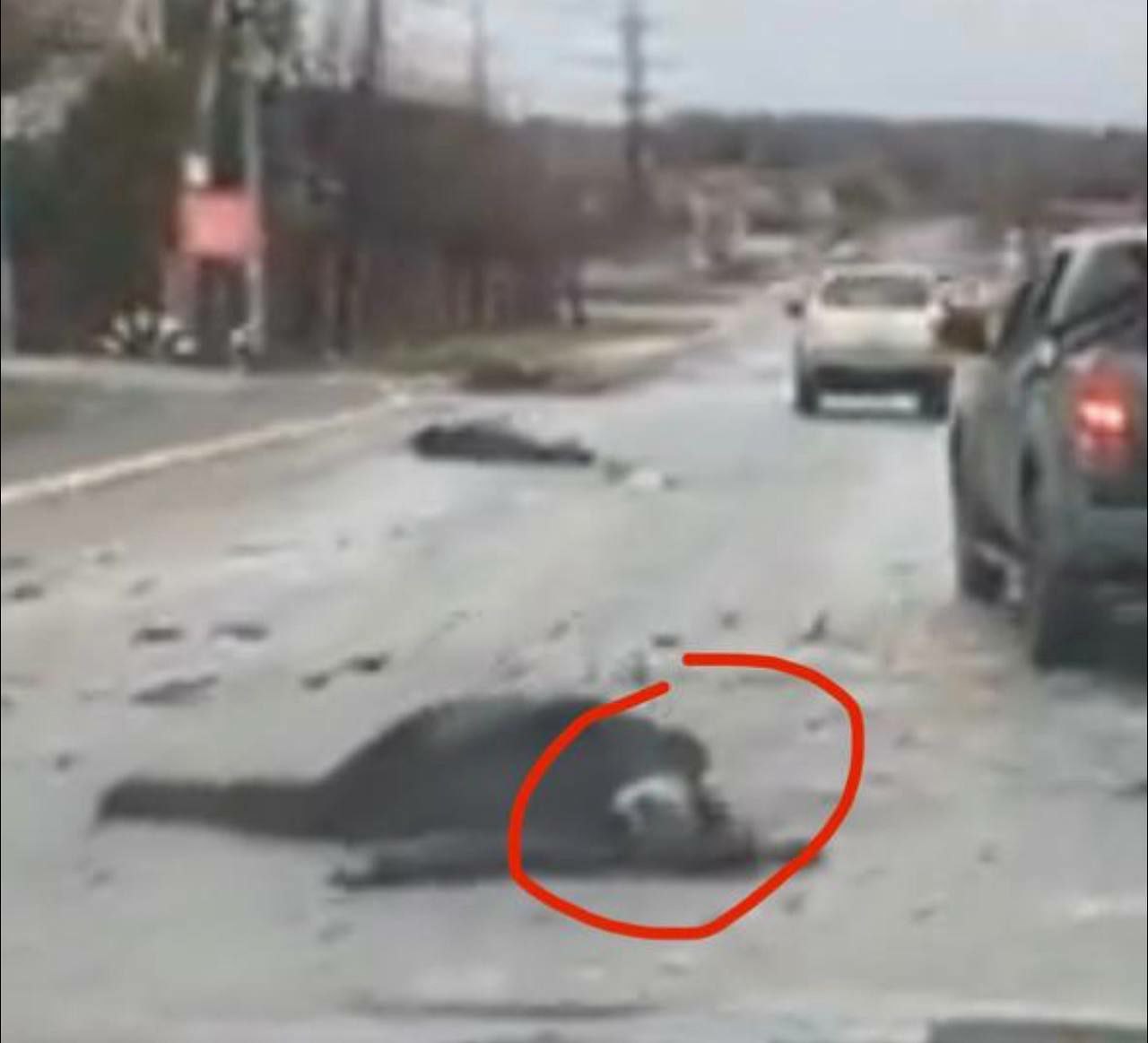 As Misión Verdad has frequently reported, it has been the Ukrainian troops and the neo-Nazi paramilitaries who have taken up arms against the civilian population, using them as a human shield against the Russian military offensive.

Reports that the Ukrainian forces have assassinated civilians who have received Russian humanitarian aid, or who have been accused of treason, are not being shared by the western media (except on rare occasions, as can be seen in the following video). Western media is wholeheartedly attempting to whitewash the crimes repeatedly committed by the Ukrainian neo-Nazi regime.

A few conclusions can be drawn from these events, conclusions which go beyond the specifics of these particular events:

With all of the facts on the table, it is up to the reader to extract their own conclusions. Of course, an international commission led by qualified experts would have to investigate these events in order to determine the actual dimensions of what happened at Bucha. However, the operation seems to have had the desired effect in the West.

Featured image: Corpses strewn on streets of Bucha, Ukraine. Ukraine alleges Russia was behind the killings, but the evidence does not corroborate these accusations. Photo: Ronaldo Schemidt/AFP.