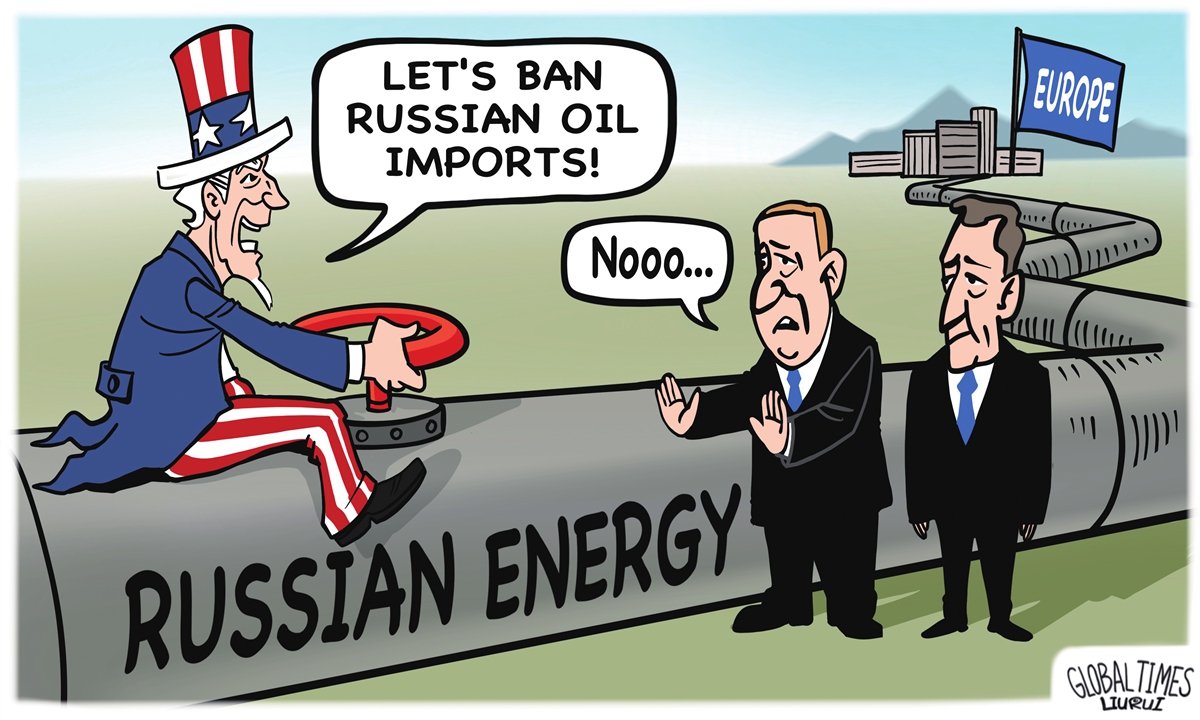 The various meetings held in Europe under different acronyms but among the same countries shared in common the formal homage to the commander-in-chief of the West, Joe Biden, and the substantial, though not shouted, dissent of the countries that do not belong to the magic circle of the NATO command structure, i.e. those that represent the international security belt for Washington’s needs of planetary domination. If the NATO summit and the G7 were intended to unite the whole world behind the strategic interests of the United States, the objective was a failure.

It was precisely in the area of sanctions against Russia that the Alliance proved to be fragile. Not only Turkey – NATO’s second-largest military – said it was unwilling to support economic measures against Russia, but also EU members such as Hungary and Croatia were against a confrontation with Moscow.

“We are not at war with ourselves,” said Belgian Prime Minister Alexander De Croo, meaning that Europe writes a daily check of 849 million euros to Russia, which supplies it with 27% of the oil, 40% of the gas and 46% of the coal needed to cover its total energy needs. To do without these supplies would very quickly force a total readjustment of the supply system, with a very serious impact on Europe’s balance of payments.

For the United States, the impact of sanctions on Russia would be relative: imports do not exceed 8% of refined oil, 5% of coal and not even 1% of gas of total needs. But conditions in Europe are completely different.

Even more so after a two-year economic crisis caused by the pandemic, the measures will in fact produce the extraordinary result of hurting the sanctioners more than the sanctioned. This follows from the assessment of years of sanctions that have yielded nothing but dry losses for European countries. And if the reduction of food imports/exports was enough significant damage, sanctions in the energy field with Moscow would have the sole effect of pushing European economies into recession.

The latest propaganda attempts to camouflage the sanctions, calling them a useful tool for regime change, but it should be remembered that they have never achieved this goal. On the contrary, the sanctioned countries have seen their economies grow and the sanctioned governments have shown much greater longevity than the sanctioning countries. The Financial Times, in a 2020 article, argued that sanctions against Moscow have strengthened Putin and the economy. But for the U.S. they have become a nervous tick that lashes out at everyone for any opinion divergent from Washington’s: 9,421 sanctions in a year means about 26 sanctions for every day, God forbid, more than one sanction per hour. But they are illegitimate, illegal and also ineffective.

The Ukrainian conflict was Washington’s chosen instrument to open a theater of war in the heart of Europe. Through a series of anti-Russian provocations (including coup attempts in Belarus and Kazhakistan and the transformation of Donetsk and Lugansk into military targets for Ukrainian artillery), the goal of war has been pursued and is shaping up to last until a kind of Chechnya is created in the heart of Europe.

The U.S. objectives are military and geostrategic. The military encirclement of Russia through NATO expansion serves to increase the portion of the planet under direct US orders, as well as to increase the number of NATO member countries, which will devote 2% of their GDP to US-made weapons. For a country whose military-industrial complex is the mainstay of its economy, this is the perfect solution to maintain political and military control, plunder resources and expand its empire into other territories. As for the Europeans, forcing them to assume responsibility for a conventional or nuclear war situation in Europe definitively closes any hypothesis of a European army project, which could have led to a partnership with the United States and the reduction of NATO to a Pacific defense system.

Geostrategically, the goal was to undermine Eurasian aggregation in trade, large-scale infrastructure projects and energy routes. From the New Silk Road to the North Stream 2 pipeline, the process of modernization and expansion of Eurasian industrial structures represented a very serious threat to the unipolar dominance of the United States, which sees Europe as its colony and not as an independent market. For the United States, after all, the survival of its economic model rests on preventing the growth of its commercial, military and political competitors.

So if the commercial terrain of producing a rift with Moscow could not succeed, it had to be achieved by going the other way: breaking all ties between Brussels and Moscow with a political-military rupture. The question was how to do it, and the Ukrainian government seemed well suited for this, especially because of its ideological identity and its links with the Anglo-American military apparatus.

To contain Beijing, the United States invoked national security concerns when some European countries showed interest in China’s New Silk Road project. For Russia, on the other hand, the terrain of relations with Europe was much more complex, because if with China there are only possible trade partnerships on the horizon and all within the framework of reciprocal convenience, with Russia there is an energy issue that puts the EU and Russia in mutual dependence.

And those of Europe?

The gas blockade favors the United States, but hurts everyone: Russia, because energy supplies to Europe produce 60% of its total income; Europe, because the purchase of Russian gas covers 41% of its needs. An intertwined fate, then: only. Moscow can find other markets by directing the heart of its exports to the East, while the EU cannot receive the volumes of energy supplied by the Russians and at the same cost.

In fact, from a commercial point of view, there is no way to improve Russian supply. Europe is not in a position to reconvert its energy supply system in the short or medium term, unless it wants to see its expenditure grow to an unsustainable level; and in any case US gas could not meet European needs, even with support from Qatar and other sources. And, moreover, differentiation takes on a different value if it is wanted or forced: the Europeans will have to resort to energy austerity policies which, in a European balance of trade in serious difficulties, will have repercussions for the entire European economy. This will have repercussions for the entire European economy when Europe’s trade balance is in dire straits. In a phase of rising inflation and recession, serious stagflation will occur.

In addition to the difficulty of energy supply for Europeans, there will be a strategic element: the US will have a commercial advantage by selling at much higher prices and worse quality gas that Russia will no longer sell to it, which will lead the EU to depend on US gas.

On the other hand, Russia can easily differentiate its customer portfolio for the sale of its product, for which there is a great demand worldwide. Moscow is the main producer of a strategic raw material and also has the best extraction and distribution technology: if Europe ceases to be interested in Russian gas, it will go to Asia and Africa, to further structure the development of countries that do not have enough energy to sustain industrial growth processes.

Therefore, if abandoning the New Silk Road means renouncing European structural modernization and the possibility of rethinking a globalization that is not linked in principle only to securing advantages for the unipolar dominance of the United States, putting Europe in crisis for its energy needs runs the risk of leading it directly into recession.

Although Russia’s political and geostrategic weight is greater than its economic weight, Russia’s default, announced in the Atlanticist media for several days, did not happen. As proof of a healthy economy, Russia has a debt of $470 billion (it was $700 billion in 2014) and holds foreign exchange reserves of $640 billion. It has honored its hard currency debt and, in parallel, has announced that from now on gas sales to Europe will only be accepted as payment in rubles.

With unintentional irony, Italian Prime Minister Draghi and German Chancellor Scholtz called Moscow’s decision a “breach of contract”. It is curious that those who blocked North Stream are now remembering contractual violations. There are criminal initiatives such as the seizure of assets and bank accounts of both institutions and private citizens; contracts for participation in artistic, academic, cultural and sporting events are broken; media broadcasts that support, even partially, a different thesis on the events and the causes behind them are blocked. And Russia is accused of a lack of civil liberties?

The truth that emerges strongly from this conflict is the inability of the West to uphold even one of the ideological precepts of the liberal doctrines on which it claims to be inspired. On the contrary, there is a whiff of fascism which is now difficult to conceal and which, like a worm in European societies, awakens when the system is in crisis and the general readjustment of domination becomes a historical urgency. So it was in 1914 and so it was in 1939. There is little hope in a Europe that sells what was left of its project and returns to goose-stepping.