A few days ago the discovery of 30 military biolabs in Ukraine was reported, and the Bulgarian journalist Dilyana Gaytandzhieva published the leaked documents showing the direct involvement of the US Department of Defense in the financing of the Ukrainian biolabs.

The Pentagon program in the Ukrainian biolabs is "sensitive information". The government of #Ukraine is prohibited from public disclosure of this sensitive information and Ukraine is obliged to transfer to the US Department of Defense dangerous pathogens for biological research pic.twitter.com/4HhZxyi9v0

Russian Foreign Minister Sergei Lavrov stated on Tuesday, March 15, that in addition to the 30 biological laboratories in Ukraine, the United States has set up hundreds of such laboratories in other countries, highlighting that “many were established in several countries of the former Soviet Union precisely along the perimeter of Russia’s borders, as well as on the borders of China and on the borders of the other countries located there.”

Russia strongly denounced the development of biological weapons programs and demanded a response from the U.S. government to the evidence.

Earlier this week, US Under Secretary of State Victoria Nuland appeared before the US Senate Foreign Relations Committee, and with a whiff of hope, Senator Marco Rubio expected her to debunk the claims of biological and chemical weapons being developed in the network of laboratories in Ukraine.

But Nuland confirmed what was expected:

“Ukraine has biological research facilities…we are now quite concerned that Russian troops, Russian forces, may be trying to control. So we’re working with the Ukrainians on how they can prevent any of those research materials from falling into the hands of Russian forces should they get close.”

During the hearing, Rubio interrupts and does the typical damage control maneuver: “Would there be any doubt that Russia would be behind an attack?” to which Nuland replied, “I have no doubt, Senator, and it’s a classic Russian technique to blame the other person for what they’re planning to do themselves.”

Nuland’s confirmation of the existence of a network of biolaboratories reconfirms the credibility of the Bulgarian journalist’s research. Gaytandzhieva published documents of the Defense Threat Reduction Agency (DTRA), attached to the Pentagon, confirming the financing of biological research in Ukraine, under the aegis of the U.S. company Black & Veatch Special Projects Corp. The U.S. agency allocated $80 million in 2020.

But this was not the only company. The U.S. engineering company, CH2M Hill, was awarded a $22.8 million contract to equip two new biolabs in Ukraine.

In addition, access to the biolabs was forbidden to independent expert supervisions, with the excuse that the pathogens they were handling were dangerous, and so shows this leaked letter from the Ukrainian Ministry of Health when access to scientists from the Problems of innovation and investment development journal was denied. 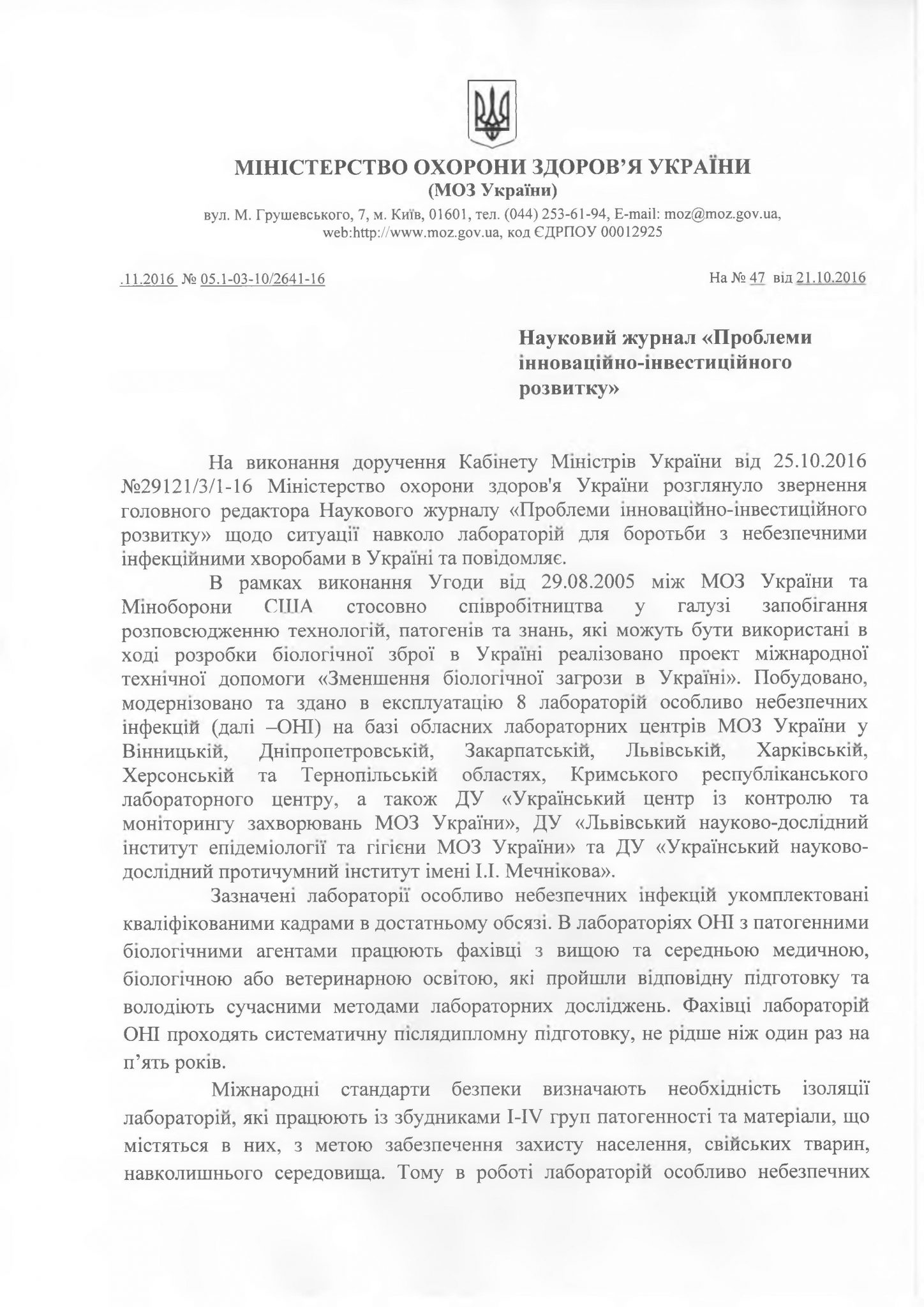 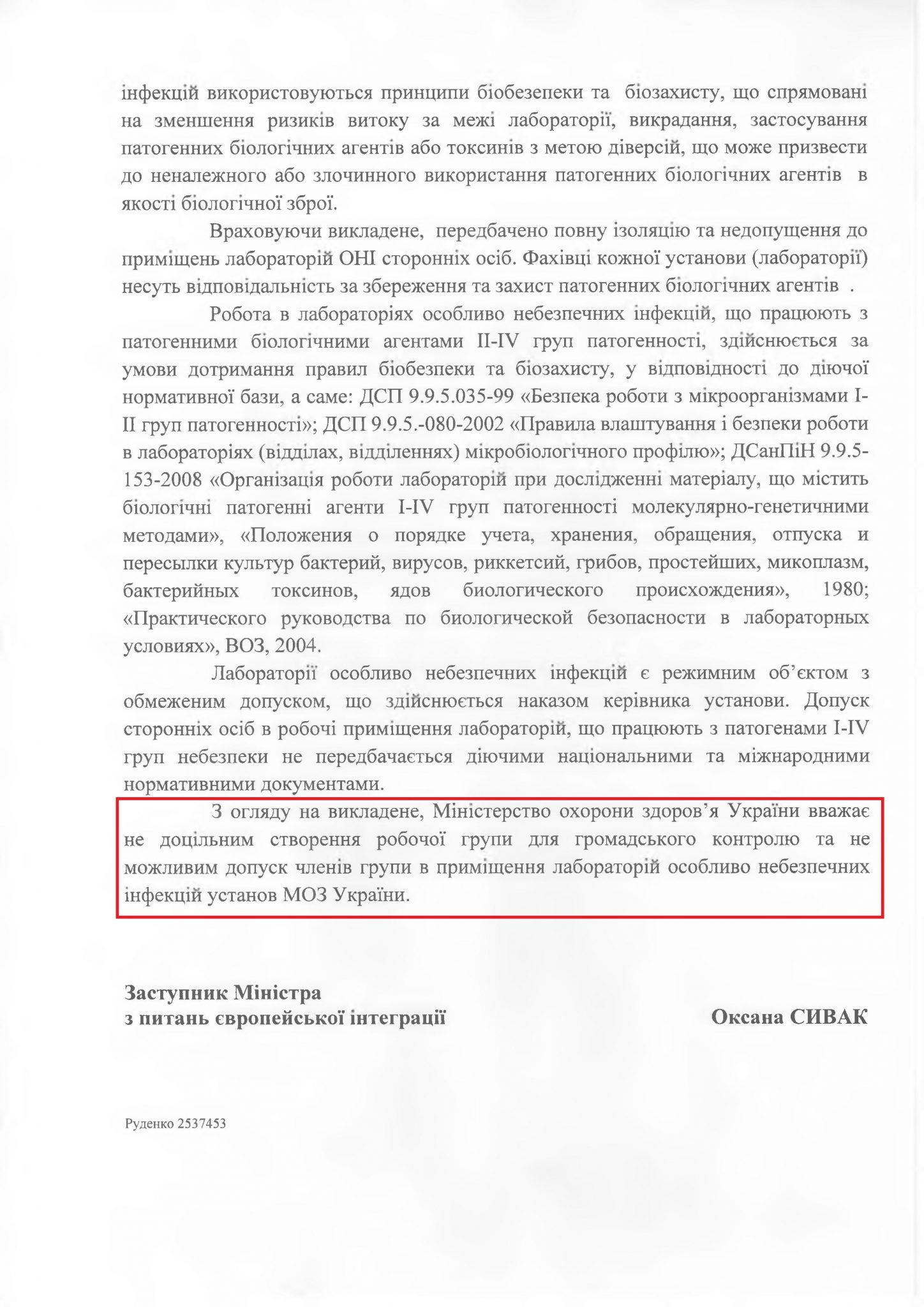 EUROPEAN COUNTRIES WERE ALSO INVOLVED IN THE BIOLABORATORIES

Igor Kirillov, Head of the Radiological, Chemical and Biological Defense Forces of the Russian Armed Forces, explained this week the results of the analysis of documents found in Ukrainian military biolabs:

The findings of these biolabs cannot be ignored. Ukraine as one of the satellite states of the United States served as a space for biological weapons to start gaining ground in the new forms of warfare against Russia (and the world, looking at it in perspective).

It is at least suspicious that the Ukrainian-US biolabs are located along the perimeter of the Russian border, considering that these facilities were also reported to have used samples from people of different ethnicities living in the Russian Federation and other Eurasian countries.