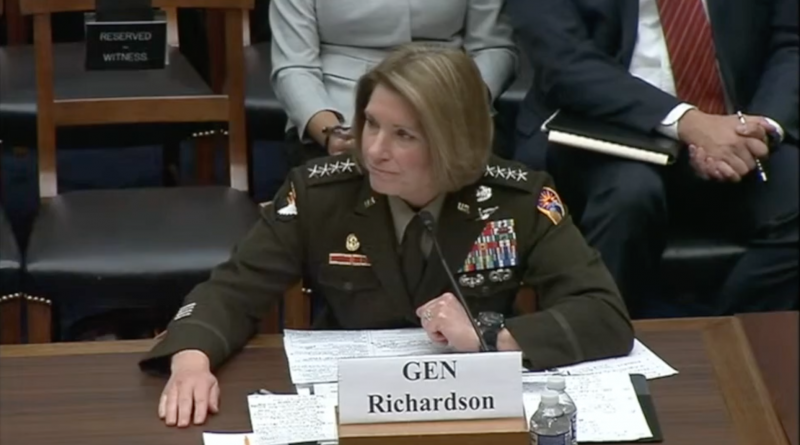 Latin America and the Caribbean is partnering with China on multi-billion dollar development projects and while turning down assistance offered by the United States.

21 of 31 countries of the region, both friends and foes of Washington alike, have joined the Belt and Road Initiative (BRI) to the dismay of U.S. lawmakers. Congressional Representative Lisa McClain sought an explanation for the phenomenon at this week’s House Armed Services Committee hearing on National Security Challenges and Military Activity in North and South America.

McClain, a Republican representing Michigan, remarked on the failure of the U.S. Build Act (2018), which had been introduced in an attempt by Congress to counteract China’s BRI.

McClain described a scenario of refusal of the Build Act in her questioning of Assistant Secretary of Defense for Homeland Defense, Melissa Dalton:

“As far as I can tell, and I may be incorrect, but there seems to be little interest by the underdeveloped nations to utilize the U.S. Build Act over China. Why do you think these nations have been so hesitant to utilize the U.S. to help fund their initiatives?”

“But we have to get them off of China and our adversaries and we have to spend some time on why, because it really isn’t…” said McClain, before being stopped by the Chair of the meeting as her time had expired.

For her part, Dalton replied that she would have to defer to the State Department, “who is on the front lines of engaging with partners on that particular issue.”

The new head of U.S. Southern Command (SOUTHCOM), General Laura J. Richardson, testified that four months into her post, “the biggest eye-opener for me has been the extent to which China and Russia are aggressively expanding their influence in our neighborhood.”

According to General Richardson’s figures, the People’s Republic of China invested 72 billion dollars over a five year period (2017-2021) in Latin America and the Caribbean:

It’s not only global south development and infrastructure that has sent U.S. lawmakers into a panic. China’s space mission, military capacity, cyber capabilities, and close relationship with a set of Latin American countries were also discussed as cause for concern for Washington, which is now troubled over its waning influence throughout the Americas. General Richardson also noted that U.S. allies have been strengthening cooperation with Russia, saying, “Recent visits between the presidents of Brazil and Argentina with Putin in Russia demonstrate a concerning potential broadening of Russian ties in the region” in addition to the recent visits by a high-level Russian delegation to Venezuela, Nicaragua and Cuba.

On the military front, the SOUTHCOM Commander noted Russian defense and intelligence cooperation with Cuba, Nicaragua and Venezuela as an immediate concern for the United States.

While the topic of the hearing was “National Security Challenges and Military Activity in North and South America”, no countries were mentioned more than Russia, mentioned 82 times, and China, which was mentioned 50 times, during the session.

The House Armed Services Committee hearing can be seen here.