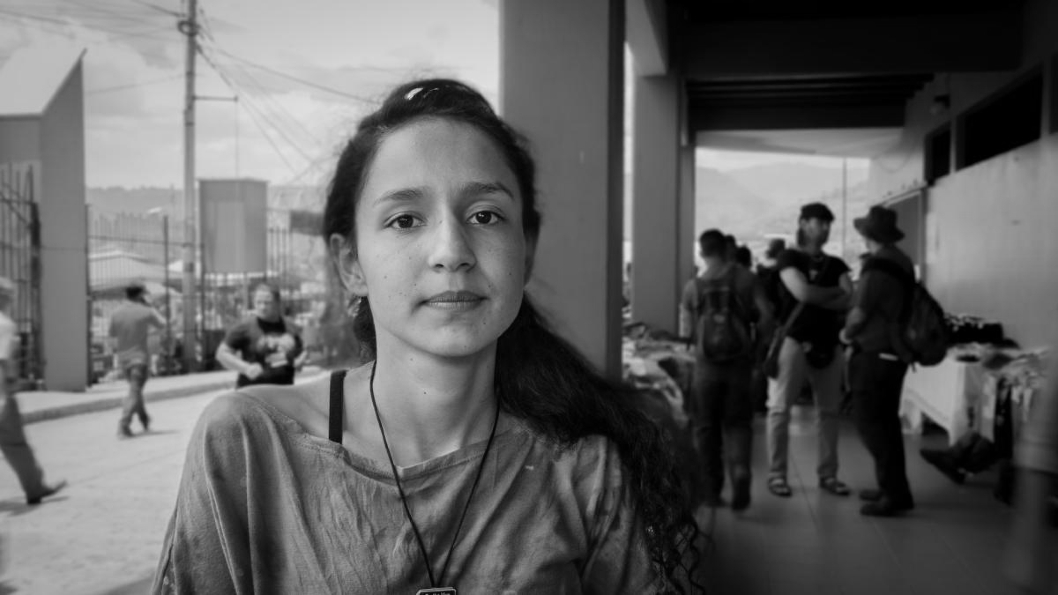 On January 27th of this year, Xiomara Castro assumed the presidency of Honduras. With a coalition of parties, organizations and social movements, the president faces a seemingly unmanageable number of challenges. Among them, to stop the plundering of the territories and to fulfill the demands that the indigenous peoples and peasants of the Central American nation have had as banners for decades.

Castro must also face a far-right opposition that, together with the Armed Forces and the United States, were the architects of the overthrow of her husband, Manuel Zelaya, who served as president between 2006 and 2009.

To delve deeper into the current situation in Honduras, in La tinta we spoke with Bertha Zúñiga Cáceres, general coordinator of the Civic Council of Popular and Indigenous Organizations of Honduras (COPINH) and daughter of Berta Cáceres, the Lenca leader and environmental defender, assassinated by hired killers on March 3, 2016, six years ago today.

–From COPINH, what are the expectations with the government of Xiomara Castro?

-We understand the difficulties faced by a government that has, among its challenges, to overcome – or lay the foundations to overcome – 12 years of coup and post-coup. The government has some good will and popular slogans, however, there are going to be many difficulties to bring to reality many of those proposals. There is still a complex configuration of power, in the sense that the Judicial Power is still controlled by the most reactionary sector, which has served for impunity in the country. In the National Congress, as we have seen in these first months, there is a power struggle and this erodes somewhat the formal institutionality needed to get things done.

Apart from that, there is a bankruptcy in several State institutions, which implied new indebtedness for the new government which are concessions that have been made on the sovereignty of the peoples of Honduras. In addition, it must be said that the de facto power continues to be disputed and controlled by, above all, economic groups which, in turn, control the power of the State.

We remember very well the thought of our comrade Berta Cáceres, who always said that just being president does not give you power, as in the case of Mel Zelaya. We see how these real power brokers are manifesting themselves to continue controlling the institutional framework. Our expectations are to lay some foundations to solve structural problems, especially on issues of territory and rights of indigenous peoples. It is going to be a complex and difficult path, but we social organizations must maintain our belligerence and willing to struggle.

–What are COPINH’s main proposals and demands to the new government?

We, within the transition commission created by the government as a way to talk with the social movements, raised some very important issues. On the one hand, the issue of territory; that the State should recognize as the historical possession of the indigenous peoples and that it should do so formally, through the National Agrarian Institute, that it should issue the necessary community titles for the communities that are litigating for land, not only of the Lenca people, but also of other indigenous peoples who have similar situations.

In addition, we have proposed to declare that concessions to rivers and subsoil for hydroelectric, mining and other energy exploitation are a fraud of the law which have been given behind closed doors during the time after the coup d’état and in violation of the right to prior, free and informed consultation.

We also proposed the creation of a law for the protection of life, in which the life of communities that may be threatened would always be prioritized over economic, political or any other type of interests. This would imply not only indigenous communities, but also peasant communities, which in Honduras we have many conflicts in this sector, to protect and always prioritize life. And in that sense we must advance on the issue of non-repetition of crimes of the previous period.

In addition, Xiomara made justice for Berta Cáceres a part of her campaign. We proposed the creation of a high-level round table between State institutions, international organizations that can help in the investigation and that the victims and COPINH be part of it, in order to prosecute the intellectual authors and crimes related to the murder of Berta Cáceres, such as corruption, possibly money laundering and other crimes, which paved the way for the violation of the rights of indigenous communities and the installation of violence.

–In this first moment of the government, what position did the opposition sector take?

The opposition sector, the National Party, which is the most conservative sector in Honduras, is quite crouched, silent and humiliated, because its defeat is due to the accumulation of social unrest of the Honduran people. And above all due to the corruption scandals, which generated a very important malaise. All this, in the midst of the extradition process of (former president) Juan Orlando Hernandez, which is a very important developement for the people of Honduras.

These political sectors belong to criminal structures and that is more than proven. Outside of the public, they continue to operate and that demonstrates the crisis that the National Congress has. They continue to operate to guarantee their impunity and the economic benefit they get from state concessions. Furthermore, they have representation within this government. This is a government born from a pact, in which several parties participate, which created an opposition alliance. This, from the beginning, implied negotiating certain approaches, especially at the economic level. They continue to operate in a very active way to guarantee their impunity and to continue operating in a context that allows them to make excessive profits.

–How do you think the Armed Forces will behave before the new administration?

The government has been clear that the Armed Forces, which participated in the coup d’état against Manuel Zelaya Rosales, is an institution at the service of interests that do not coincide with those of the majority. Even the issue of the investigation of drug trafficking would be a blow to the leadership of the Armed Forces. Appointments have been made of people very close to the government, such as the Secretaries of Defense and Security, in order to somehow have some kind of control over that institution.

However, neither the people nor the government is confident of any progressive role they can play at any time, as if there is instability. The Armed Forces have always been considered as an institution that threatens the popular interests of the Honduran people and that has to be kept under close scrutiny. It does not represent any kind of reliability. Now there is a transition in which they are settling in to so we will see how they operate.

–How is the legal case for the murder of Berta Cáceres proceeding?

We are just a few days away from commemorating six years since the vile crime of our colleague Berta Cáceres. Despite the efforts and some very minimal victories we have had, but also very important ones, we continue to demand that the State pay its debt to justice and prosecute the mastermind and dismantle the criminal structure that led to the murder of Berta Cáceres. In this, which involved private business sectors, international banking, the Armed Forces, members of the judiciary, all led to the prosecution and criminalization of Berta Cáceres. In addition, we call for the dismantling of private security companies that participated in actions and attacks against social activists, especially those who defend the territory. And we warn of the danger that the communities of Rio Blanco face today that their lands will be privatized.

All this emphasizes and highlights the importance of continuing to fight for justice and, perhaps, this will push the new government to channel a more suitable scenario to promote the change of the institution of justice so that, with independence, professionalism and political will, we can reach those most responsible and all those involved in this crime.