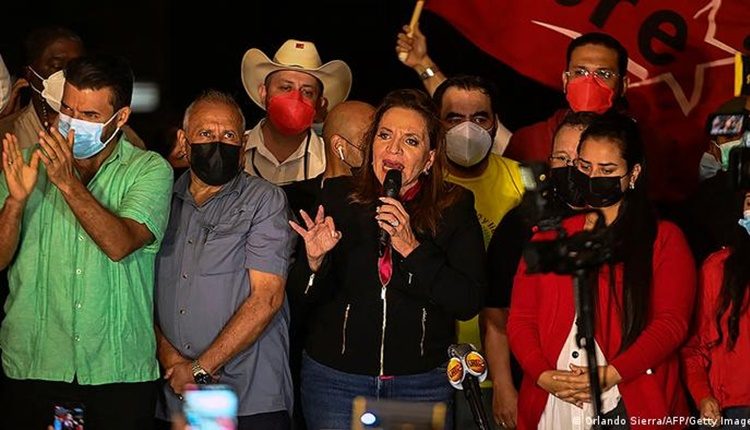 On Sunday, in two parallel sessions, the Honduran Congress appointed deputies Luis Redondo and Jorge Cálix as heads of its Board of Directors for the period 2022-2026.

In the Legislative building, which dawned without electricity service and which this Sunday was still guarded by followers of the Libertad y Refundación (Libre) party after the popular vigil in the early morning in defense of democracy, 48 deputies elected Luis Redondo, who was the proposal of the Libre, Salvador de Honduras and Democracia Cristiana parties, reports Telesur.

Simultaneously, in a session before 82 legislators who gathered in the country club Bosques de Zambrano, in the outskirts of Tegucigalpa (capital), was sworn in Deputy Jorge Cálix, who has the support of the National, Liberal and Anticorruption Party benches, besides the deputies expelled from Libre, accused of treason and non-compliance with the agreement signed with Salvador Nasralla.

Legislators exit the National Congress where Luis Redondo was sworn in as president of the Legislature, recognized by the people. Parallel directives now claim to preside over Congress: A second was sworn in by JOH's Partido Nacional at another location. pic.twitter.com/xwteRZLfiH

Days before, the elected President declared that next January 27 she would be sworn in before a judge and not before the Congress in case her Board of Directors was presided by Cálix, who together with 17 other deputies were expelled from Libre after turning their backs to the above mentioned pact.

After this betrayal, Cálix obtained the support of the ruling party’s bench to preside the Congress instead of Redondo.

Before this event, Libre’s legislative bench was made up of 50 deputies (out of the 128 that make up the Congress). Now it is represented by only 32, which leaves them in a minority to support Xiomara Castro’s legislative agenda, focused on promoting profound changes in the country.

This Saturday, before hundreds of followers gathered in a vigil outside the National Congress, Xiomara Castro reiterated that this mass mobilization was carried out to prevent Congress from being hijacked by the interests of the traditional parties (Liberal and National, the latter of the outgoing president, Juan Orlando Hernandez).

Hondurans reclaim the national flag's historical shade of blue which was converted into a dark blue shade by the National Party during the last 12 years of dictatorship. pic.twitter.com/JEYdInwReO

Supporters of @PartidoLibre are outside the Honduran Congress early this morning as the election of the executive positions of the Congress is expected. @GildateleSURpic.twitter.com/Sxi0zYomRz