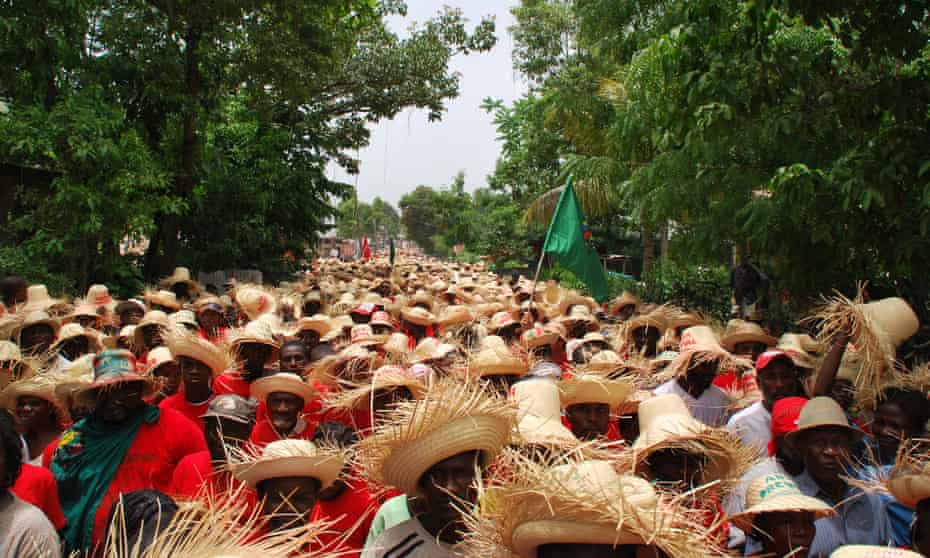 Haiti, the western hemisphere’s poorest country, has often been a byword for deforestation and environmental calamity. It is often said that its border with the Dominican Republic can be seen from space, so marked is the difference between the lush forests to the east, and the scarred wasteland to the west.

“In nature everything is connected to one other,” said Jean-Baptiste Chavannes, who in 1973 founded the Papaye Peasant Movement (MPP), which works to tackle deforestation and the climate crisis in Haiti’s poorest regions. “To disturb one is to disturb all.”

Haiti’s woes seem to deepen with each passing month. Widespread protests and rolling fuel shortages have marked daily life for two years. In July last year, the Caribbean country’s president, Jovenel Moïse, was assassinated in his own home. The following month, its impoverished southern peninsula was struck by a 7.2 magnitude earthquake, killing at least 2,200 people and destroying tens of thousands of homes. Then, in September, a wave of deportations of Haitian nationals from the US, amid an alarming increase in kidnappings, thrust Haiti into further instability.

But underpinning much of the vibrant yet embattled country’s troubles is environmental injustice and food insecurity, with 4.4 million people (of a population of nearly 11 million) at risk of hunger. Widespread deforestation over centuries, largely owing to the colonial timber trade as well as more recent felling for cooking fuel, has damaged fertile lands, and left them vulnerable to erosion, flooding, and drought. Seasonal hurricanes wreak havoc on homes and livelihoods, and contribute to the agricultural degradation each year. 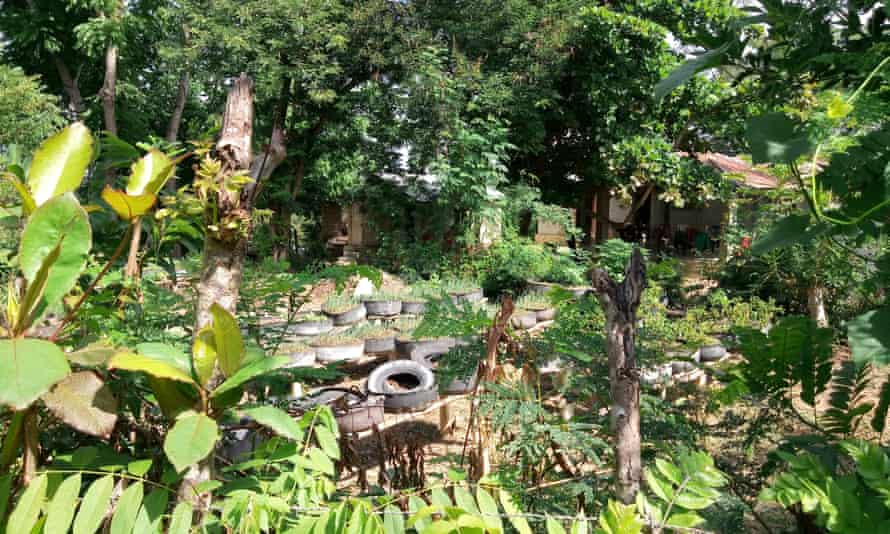 A subsistence farm nestles in the forest in Haiti. Photograph: Grassroots International

MPP is a grassroots organisation that seeks to tackle the climate crisis and related food insecurity by working with subsistence farmers across Haiti. With more than 40 years of experience in Haiti’s rural Central Plateau, MPP works with 60,000 members to improve deforested landscape so people living there can eat, while increasing forest cover to help reduce carbon levels.

MPP carries out its work directly with local people, while trying to reduce farmers’ reliance on multinational organisations and charities, which have often mismanaged resources and contributed to Haiti’s challenges, said Jusléne Tyresias, MPP’s programme director.

“A local approach is better because it creates direct employment, values local knowledge, skills, and resources,” she said, adding that large international NGOs often spent resources on pricey hotels and transport, rather than using local knowhow. “Locals living in the territory will be more involved because they know the severity of the problem better than those who come from outside.”

This grassroots approach has won plaudits from its international backers, including the Clima Fund. Global Greengrants Fund UK, one of four charity partners in the Guardian and Observer’s 2021 Climate Justice appeal, is a member of the Clima Fund, and will use its share of appeal donations on grassroots projects such as MPP. 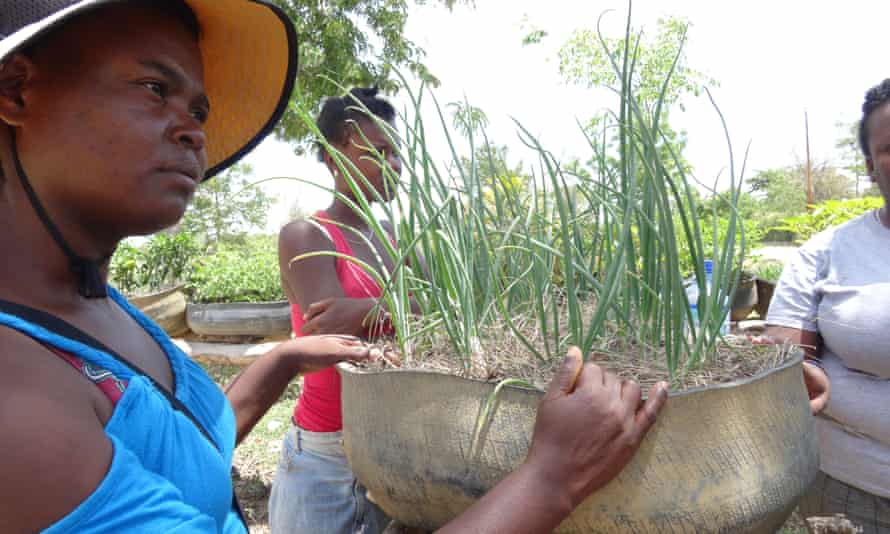 “MPP is a fantastic example of the kinds of grassroots movements the Clima Fund resources in over 160 countries globally; they demonstrate the efficacy of building solutions from the bottom up – not just what is built, but also how it’s built with whom,” said Lindley Mease, Clima’s fund director. “They meet the material needs of a climate-ravaged island through culturally appropriate and abundant food, sustainable water recapture systems, and increased soil health, while also maintaining an active membership of 61,000 people governed by a circle of women. As part of the 200-million member [international farmers’ movement] La Via Campesina, they are modelling how strategic, collective organising can cool the planet at scale.”

As a result of MPP’s work, swaths of the Central Plateau, once ravaged by deforestation, now teem with life. MPP’s network of peasant farmers has planted tens of millions of trees, while organisers have installed water infrastructure for homes and crops while training women and young Haitians in agro-ecology. Solar panels have been installed on homes, reducing reliance on burning wood for fuel, and a radio station broadcasts training and ecological advice.

“Regionally and internationally, the MPP is part of global efforts to strengthen grassroots feminist movements, and is part of a global movement of small-scale farmers advancing food sovereignty with La Via Campesina,” said Sara Mersha, director of grant-making and advocacy at Grassroots International, after a visit to one of MPP’s projects. 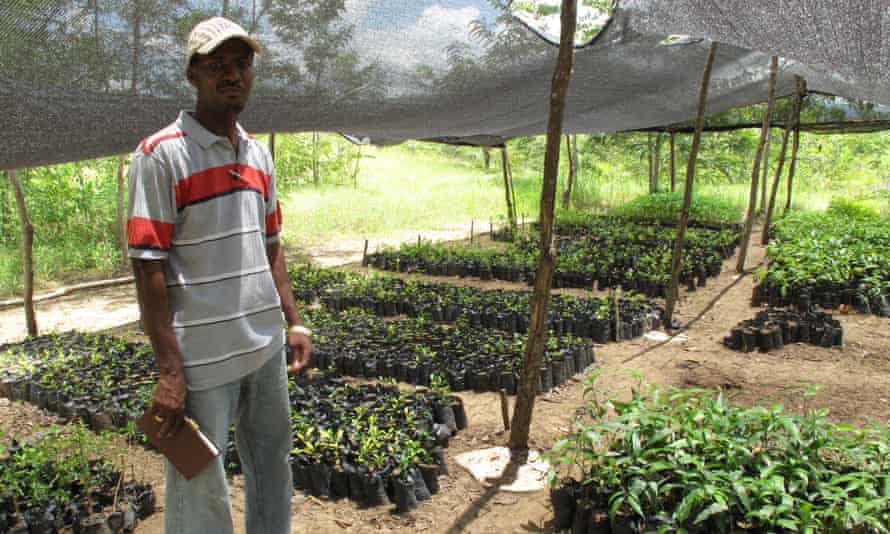 “It’s this combination of strategies – with a focus on powerful organising and a connection with the earth – that make me understand what it means when MPP and La Via Campesina assert, ‘small farmers cool the planet!’”

MPP has also used rapid response teams during Haiti’s frequent natural disasters, including the earthquake that struck the south of the country in August. In the immediate aftermath of that tragedy, MPP provided food, water and shelter, before introducing long-term resilience strategies, such as seed distribution and developing local infrastructure.

In 2010, when an earthquake levelled much of the capital, Port-au-Prince, and the surrounding areas, killing more than 220,000 people, MPP set up eco-villages, in which survivors and victims were taught to live and farm sustainably.

Despite such a wide-ranging remit, MPP’s founder regards the movement’s work as grounded in one central tenet: sovereignty. “Sovereignty is nurtured as the right of every person to define environmentally friendly food production policies,” Chavannes said. “Respect for human life; respect for the rights of peasant families over agricultural land; the rights of indigenous peoples over their territories; respect for women’s rights and respect for culture; and the ways of feeding people.”