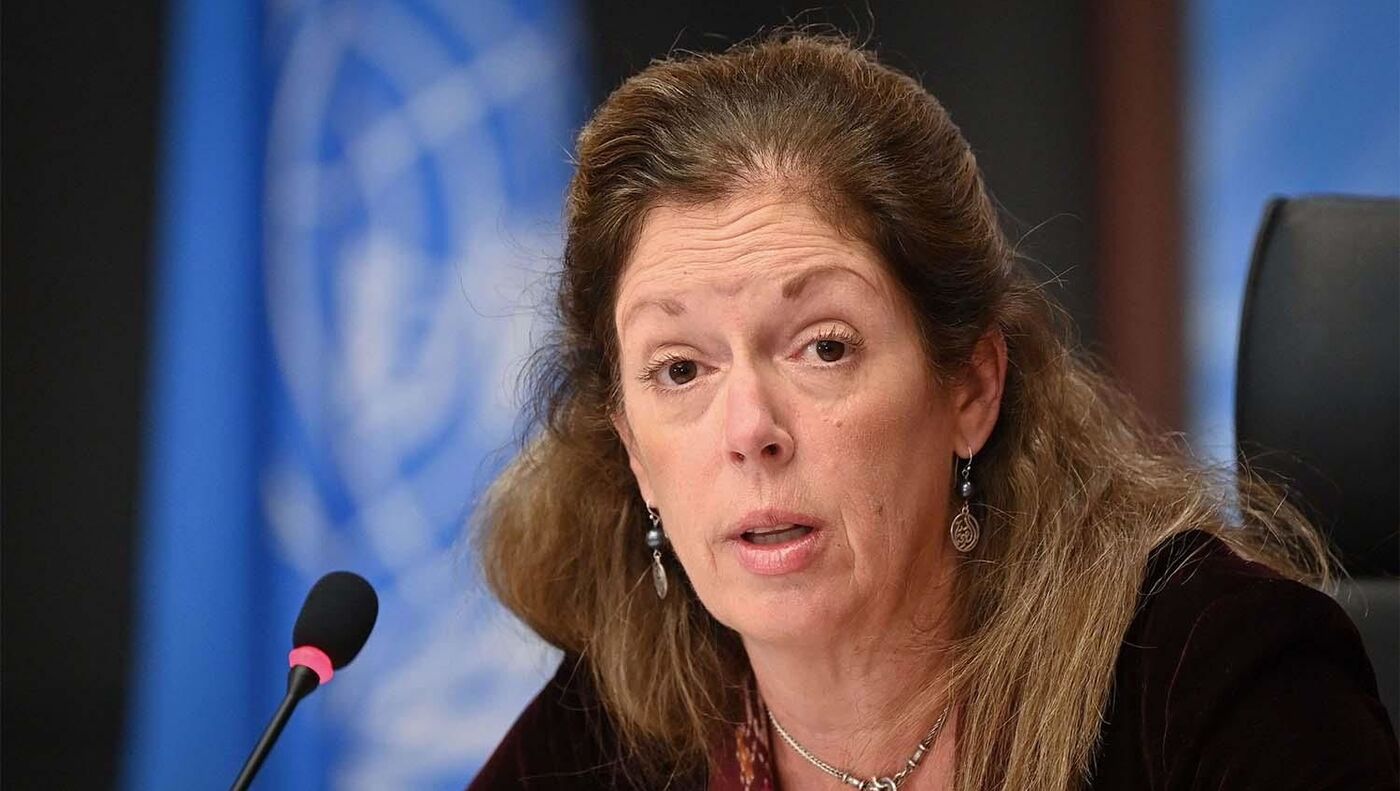 On December 24, 2021, Libya was supposed to hold a popular vote for the country’s first president, but it never did. If “outside players” had not interfered in the general elections, these would have been held long ago, Libyans and many observers believe. However, the US, which has a direct interest in establishing its stable position of influence in the country, is well aware that if the voting were to take place now, Libyans would likely support the candidacy of Khalifa Haftar or Saif Gaddafi, which clearly contradicts Washington’s intentions.

Therefore, the West made every attempt to disrupt it, and an important tool for this was the return of Stephanie Williams from the US to the position of head of the UN mission, after which the situation in Libya has changed dramatically with the establishment of practically an external government by the United States through the UN program. Roughly interfering in the internal affairs of the North African state, Stephanie Williams, the American special adviser to the UN Secretary General on Libya, began to impose a timetable for the presidential elections. Specifically, she said in a television interview with the US media that the Transitional Government of National Unity (GNU) was obliged to hold presidential elections in Libya before the end of June 2022, and in doing so she violated all provisions for the conduct of UN officials. After all, Libya has its own competent authorities to consider all issues related to the electoral process and seek ways to resolve them under conditions of compromise between the opposing forces, as well as the withdrawal of all foreign troops and mercenaries. Therefore, in no way should an American citizen dictate the timing of an election, acting clearly in the interests not of the Libyan people (which she should have done as a UN representative), but solely of the United States. As for the elections themselves, they should of course take place only after the formation of a strong government in Libya capable of eradicating foreign interference.

Furthermore, in December 2021-January 2022, Stephanie Williams tried to impose UN support on the GNU cabinet and Prime Minister Dbeibah as a ready-made solution for Libya, which sparked protests in the country and was seen as direct interference in the internal affairs of the African state.

As for the GNU headed by Abdul Hamid Dbeibah, under whose aegis Stephanie Williams demanded elections be held in the country by the end of June 2022, Libyan Parliament Speaker Aguila Saleh announced during an agency meeting that the day of the failed national parliamentary and presidential elections, previously scheduled for December 24, 2020, the GNU’s legitimacy had ended. Moreover, after attempting to illegally register as a presidential candidate and hold onto power, the former prime minister lost popular support. In this regard, Aguila Saleh said that a new executive power is needed (incidentally, due to the lack of legitimacy of the GNU, the Foreign Ministry of the Russian Federation earlier refused to receive Libyan Deputy Prime Minister Hussein al-Katrani, who led a delegation of several Libyan ministers to Moscow for meetings with Russian politicians).

The behavior of Stephanie Williams, Special Advisor to the UN Secretary General, was also sharply criticized by ordinary Libyans. For example, Ibrahim al-Baba, a member of the Constitution Drafting Assembly of Libya, described her activities as total confusion and interference in internal affairs. He said the US diplomat violated UN mission rules and her specific role in monitoring the political process. Driven by personal gains regardless of consequences, she continues to “shuffle the cards”, and it is her fault that Libyans are now paying the price for the disrupted elections.

Under the aforementioned circumstances and against the backdrop of the deteriorating political situation in Libya due to the US external interference in the affairs of sovereign Libya, US citizen Stephanie Williams arrived in Moscow on January 17 at the request of the Russian Foreign Ministry to provide clarifications on the vision and goals of the United Nations regarding the Libyan settlement and discuss her controversial actions rejected by Libyans.

Sergey Vershinin, Deputy Foreign Minister of the Russian Federation,  said during his meeting with Williams in Moscow on January 18 that the international organization’s mission to the North African country could no longer exist in its previous format. The reason for this is the abuse of power by the American official, which has led to the destabilization of the state.

As for the former Libyan prime minister Abdul Hamid Dbeibah, who is sponsored by Williams and the United States, there are reports that he continues to try to retain power and supplies terrorists following in the footsteps of Daesh and al-Qaeda (terrorist groups banned in Russia), with money from the state budget to enable radical armed groups to support with violence the now illegitimate GNU. The tasks of these criminal groups include, among other things, provoking conflict between the Libyan National Army (LNA) and Western-sponsored militias, including those from Misrata. Thus, Dbeibah clearly expects to permanently destabilize the situation in the region and prevent the country’s strongest politicians among the presidential candidates from forming a new coalition cabinet, as agreed at the presidential candidates’ meeting in Benghazi.

It is noteworthy that the latest round of the Libyan crisis has not provoked any reaction in Europe, which shows clear satisfaction with the situation when the Europeans are getting cheap Libyan oil. Including through the mediation of the head of Libya’s National Oil Company (NOC), Mustafa Sanalla, as well as representatives of several Western oil companies — naturally, not without the participation of Stephanie Williams herself. Meanwhile, the EU countries don’t seem to mind that the impoverished Libyan people have lost around $21 billion as a result of such schemes. As for Libyans themselves, they are forced to watch their country being robbed and manipulated, including through the use of unscrupulous UN representatives like Stephanie Williams.

Editorial Note: The UNSMIL has a notorious reputation in Libya. Martin Kobler collaborated with Da’esh,to establish them as  Libya’s new rulers.