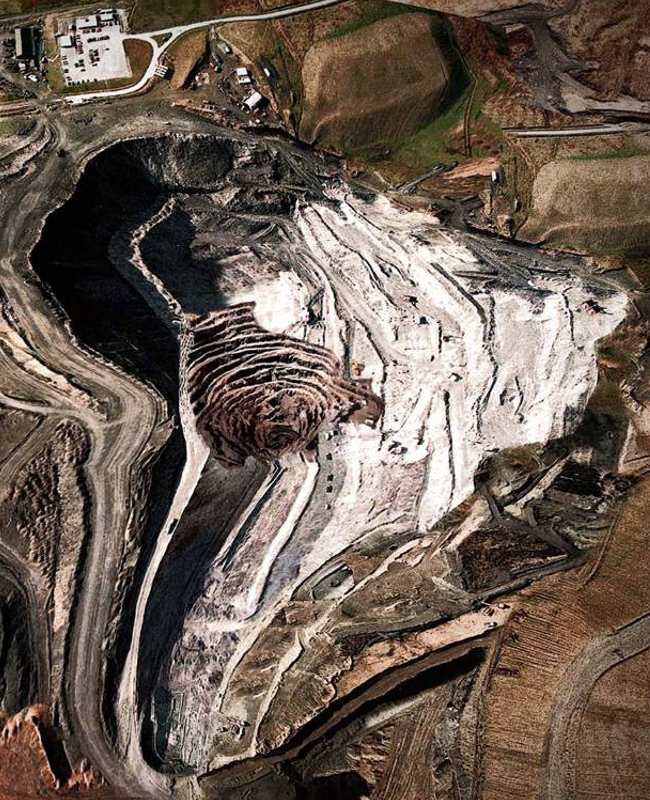 In the face of the naive leftism that thinks that a society can escape world domination by itself, Lenin and Marx remind us that capitalism is planetary, and that the only way to overcome it is also planetary. Therefore the struggles and efforts for the socialization of production in a single country are just that: efforts, battles and scattered skirmishes that carry a historical intentionality, but that can only triumph if they expand as struggles on a world scale. Communism is either planetary or it will never happen. And as long as there is a general pre-dominance of capitalism, within which emerge flashes and tendencies of struggles of a potential new mode of production that cannot exist locally, this can only be present as that: a tendency, a struggle, a possibility; since its existence will only be possible when it exists in a planetary geopolitical dimension. The illusion of “communism in one country” was just that, an illusion that brought dire consequences for the workers of that country and for the expectations of the revolution in the 20th century.

This brief basic account of the logic of revolutionary processes is important because there are those who reproach us for submitting to the planetary division of world labor, as if the rupture of this division could be made by a single country (Stalin’s illusion) and by the pure will of the word. No contemporary revolution has been able to break the world division of labor, nor will it be able to do so until there is a social mass politically in motion, sufficiently extended territorially (global) and technically sustainable, to modify the correlation of geopolitical forces in the world. Therefore, rather than pulling one’s hair out over the current validity of the “capitalist division of labor”, the most important thing is to erode that division of labor through the territorial expansion of the revolutionary and progressive processes of the world.

The Bolivian revolutionary process is also reproached for remaining in the “extractivist” stage of the economy, which would maintain a harmful activity with nature and would seal its dependence on world capitalist domination.

There is no historical evidence to certify that capitalist industrial societies are less harmful to Mother Earth than those dedicated to the extraction of raw materials, renewable or non-renewable. Moreover, the data on global warming refer fundamentally to the emission of greenhouse gases by highly industrial societies.

And with regard to the possibilities of autarkic regions with respect to the capitalist order, Marx more than 100 years ago made fun of those utopians who believed that social “islands” could be created that were not under the influence of capitalist relations of domination. By way of irony he pointed out that perhaps some recently formed coral island in the southern seas could fulfill this utopian requirement, since the rest of society was in one way or another subjected to the dominant economic relations.

Just as the extractivism of our societies is in the midst of the networks of the international division of labor; the industrialization of raw materials or the knowledge economy are participants in the same capitalist world division of labor. Neither extractivism nor non-extractivism are solutions to this planetary domination. And in fact, it is possible to think that in the future construction of a communitarian mode of production, where the totality of the common wealth, material and immaterial, is produced and managed by the producers themselves, there will be some extractivist countries and regions.

It is therefore naïve to believe that extractivism, non-extractivism or industrialism are a vaccine against injustice, exploitation and inequality, because in themselves they are neither modes of production nor modes of managing wealth. They are technical systems of processing nature through labor, and can be present in pre-capitalist, capitalist or communitarian societies. Only depending on how these technical systems are used, on how the wealth thus produced is managed, will it be possible to have economic regimes with greater or lesser justice, with or without exploitation of labor.

The critics of extractivism confuse the technical system with the mode of production, and from this confusion they associate extractivism with capitalism, forgetting that there are non-extractivist societies, industrial societies that are fully capitalist!

There can be capitalist, non-capitalist, pre-capitalist or post-capitalist extractivist societies. And likewise, there can be non-extractivist capitalist, non-capitalist or post-capitalist societies. Extractivism is not a destiny, but it can be the starting point for overcoming it. Certainly in it is condensed all the territorial distribution of the world division of labor – a distribution that is often colonial. And to break this colonial subordination it is not enough to fill one’s mouth with insults against this extractivism, to stop producing and sink the people into greater misery, so that later the right wing returns and without modifying it, partially satisfies the basic needs of the population. This is precisely the trap of the unthinking critics in favor of non-extractivism, who in their political liturgy mutilate the revolutionary forces and governments of the material means to satisfy the needs of the population, generate wealth and distribute it with justice; and from there create a new non-extractivist material base that preserves and expands the benefits of the working population.

Like all emancipation, the emancipation of extractivism has to start precisely from it, from what as a technical form it has made of society. Currently, for us as a country, it is the only technical means we have to distribute the material wealth generated thanks to it (but in a different way than before), besides, it also allows us to have the material, technical and cognitive conditions to transform its technical and productive base. Because if not, how can we overcome extractivism, by ceasing production, closing the tin mines, the gas wells, going backwards in the satisfaction of the basic material means of existence, as suggested by its critics? Is this not rather the route to the increase of poverty and the direct road to the restoration of the neoliberals? Is not tying the hands of the revolutionary process for the sake of rejecting extractivism what the conservative forces most desire in order to suffocate it?

By overcoming extractivism we are not going to overcome capitalism. If only things were that easy. And if they were – as some of our critics childishly believe – the United States would be the first communist country in the world! But beware, this does not mean that overcoming extractivism cannot help the revolutionary processes underway. It can help them, in the first place, because the phases of industrialization or production of knowledge allow the creation of a greater economic surplus that can be redistributed to satisfy the needs of society. Secondly, because it can reduce the harmful impacts on the environment; and thirdly, because it empowers society with a greater technical-productive capacity to control global production processes.

And in this task, in a first stage, is it not possible to use the resources provided by the primary export activity controlled by the State to generate surpluses to satisfy the minimum living conditions of Bolivians, and to guarantee an intercultural and scientific education that generates an intellectual critical mass capable of assuming and leading the emerging processes of industrialization and knowledge economy? Will socialism knock on the door by ceasing to produce raw materials? By untimely abandoning “extractivism” will we have the material and intellectual resources to move immediately to the industrial and cognitive stages of production? Is it not that by uncritically condemning the so-called extractivism, in fact, the Plurinational State is being left economically defenseless and poor so that it is unable to respond to the expansion of social rights that have emerged in the revolutionary process initiated in the year 2000?

We must overcome the stage of being simple producers of raw materials. That is clear. But this cannot be achieved by returning to the situation of state mendicancy that characterized Bolivia until 2005, when the wealth generated was in the hands of foreign companies. This is not achieved by paralyzing the productive apparatus, contracting the surplus that comes from raw materials and returning to a self-subsistence economy that will not only place us at a level of greater defenselessness than before, leading us to the total abdication of any hint of sovereignty (whose material basis lies in the country being able to live and eat from its work); but it will also open the doors to the employer-neoliberal restoration that will present itself as the one that can satisfy the basic material demands of society.

Behind the recent extractivist criticism against revolutionary and progressive governments, there is the shadow of conservative restoration. In view of this, and as a way of deepening social mobilization and gradually overcoming extractivism, we consider that in the first place we must satisfy the urgent needs of the population, raise the indispensable social benefits of the working classes and, based on this, create the cultural, educational and material conditions to democratize even beyond the State the control of the common wealth, and to communitize (also beyond the State) the property and social production itself. In the midst of this, we must at the same time build a new technological support for the production of wealth that will overcome extractivism. And that is precisely what we are doing as a government: generating wealth and redistributing it among the population; reducing poverty and extreme poverty; improving the educational conditions of the population. And parallel to all this, we are undertaking industrialization. In the case of hydrocarbons, by investing in two liquid separator plants: one in Gran Chaco, to be delivered in 2014, and the other in Río Grande, to be delivered in 2013. In addition, we have the Urea and Ammonia plant, with a cost of US$843 million, which will start operating in 2015; an ethylene and polyethylene plant to be delivered in 2016, and another GTL (gas-to-liquid conversion) plant that should start operating in 2014. In relation to lithium industrialization, we have made great strides. With Bolivian scientists and technology, the semi-industrial production of potassium chloride has been delivered this August, and before the end of the year, the same will be done with lithium carbonate. For 2014, a gigantic industrial production of potassium and lithium is planned, in addition to the cathode and battery factories. The objective recently proposed by the President to all Bolivians is that before the bicentenary of the Independence (that is, before 2025) no material from the country will be sold without some kind of industrial processing, without added value. This will require a profound scientific-technological transformation of the country and an unprecedented investment in knowledge. And of course we will do it.

Obviously it is not a simple process; it requires years, perhaps decades. The important thing is to reorient the direction of production, without forgetting that today we must also satisfy the pressing basic needs, which were precisely those that led the population to assume the construction of State power. This is precisely what we are doing in Bolivia.