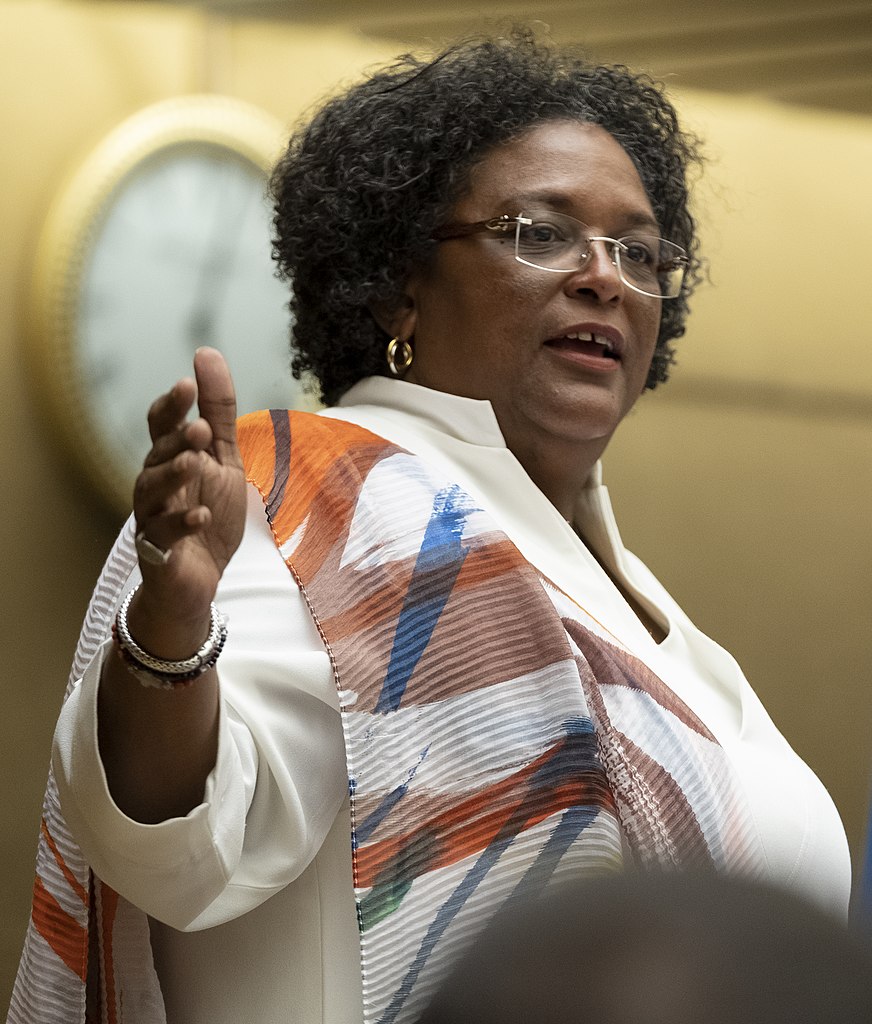 Mia Mottley re-elected Prime Minister of the Republic of Barbados

The Barbados Labour Party (BLP) won the general elections held this Wednesday in the Caribbean island, with which Prime Minister Mia Mottley won re-election to office for a new term.

According to preliminary official results, the BLP has won at least 18 constituencies out of the 30 that were in dispute in the historic election day, the first to be held since the country broke ties with the British Crown. The BLP will then retain all the seats in the lower house, as in the 2018 elections it also won all 30 seats.

It is the second political party in the Caribbean to achieve this, with the precedent of the New National Party of Grenada.

The victory confirms Mottley at the helm of the national government, and the possibility of carrying forward his ambitious agenda, focused on the country’s development, the fight against poverty and a foreign policy aimed at multilateralism.

Mia Amor Mottley has been sworn in as Prime Minister of Barbados by the President, swearing allegiance to Barbados and not the colonialist entity as Barbados is now a republic, as of November 2021 🇧🇧 pic.twitter.com/7UJZo36eUO

The inhabitants of the Caribbean country, some 280,000, accepted the philosophy that they are “safer with Mia (Mottley)”. The elections took place 18 months before the constitutional deadline and are the first to be held since Barbados broke ties last November with the British Crown and declared a republic.

The BLP’s main rival was the Democratic Labor Party (DLP), which failed again at the polls, as it did in 2018, despite now being led by attorney-at-law Verla De Peiza. With this victory, the BLP has won all the seats in Parliament in two consecutive electoral appointments,

Mottley, who considers this his last general election, said he will announce his new cabinet next Monday and later on Thursday, he will meet with Speaker Sandra Mason to be sworn in. “I thank you, the people of Barbados, for accepting our word that if we do not solve our problems starting tomorrow, we will not be able to ensure the security of our people for the next 10 to 15 years,” he said in a speech

Last December, the country called for early general elections for January 19, for which the parliament was dissolved. Mottley defended himself against accusations that his decision to call general elections early was to facilitate his victory and his party’s preeminence in the country. “I am a child of democracy (…), I swear today that we will continue to keep alive the best precept of democracy, transparency and accountability to the people of this nation,” he asserted

His opponent Verla De Peiza conceded defeat and congratulated the BLP, while indicating that he has no immediate plans to resign as political leader. She also criticized that the turnout was very low, according to preliminary data less than 50%, and advocated addressing this apathy of the population in the future.

A total of 108 candidates, representing seven political parties and nine independents, contested Wednesday’s elections, in which 266,330 people were called to the polls.

Barbados became a Republic on November 30, 2021, when Governor General Sandra Mason assumed the presidency of the country, thus ending the status of parliamentary constitutional monarchy, with Queen Elizabeth II as head of state. Mottley, who led the transition as the first minister, is the political figure with the greatest support among her compatriots, and enjoys great international prestige.

Barbadians gave Mia Mottley and the BLP a decisive victory in Wednesday’s General Election. The BLP is projected to win all 30 seats. Leader of the opposition DLP has conceded defeat. pic.twitter.com/pttaBvmVke

Celebrations in Bridgetown as the Barbados Labour Party and @miaamormottley declare a sweeping victory in the General Elections pic.twitter.com/VWrCvfydzO