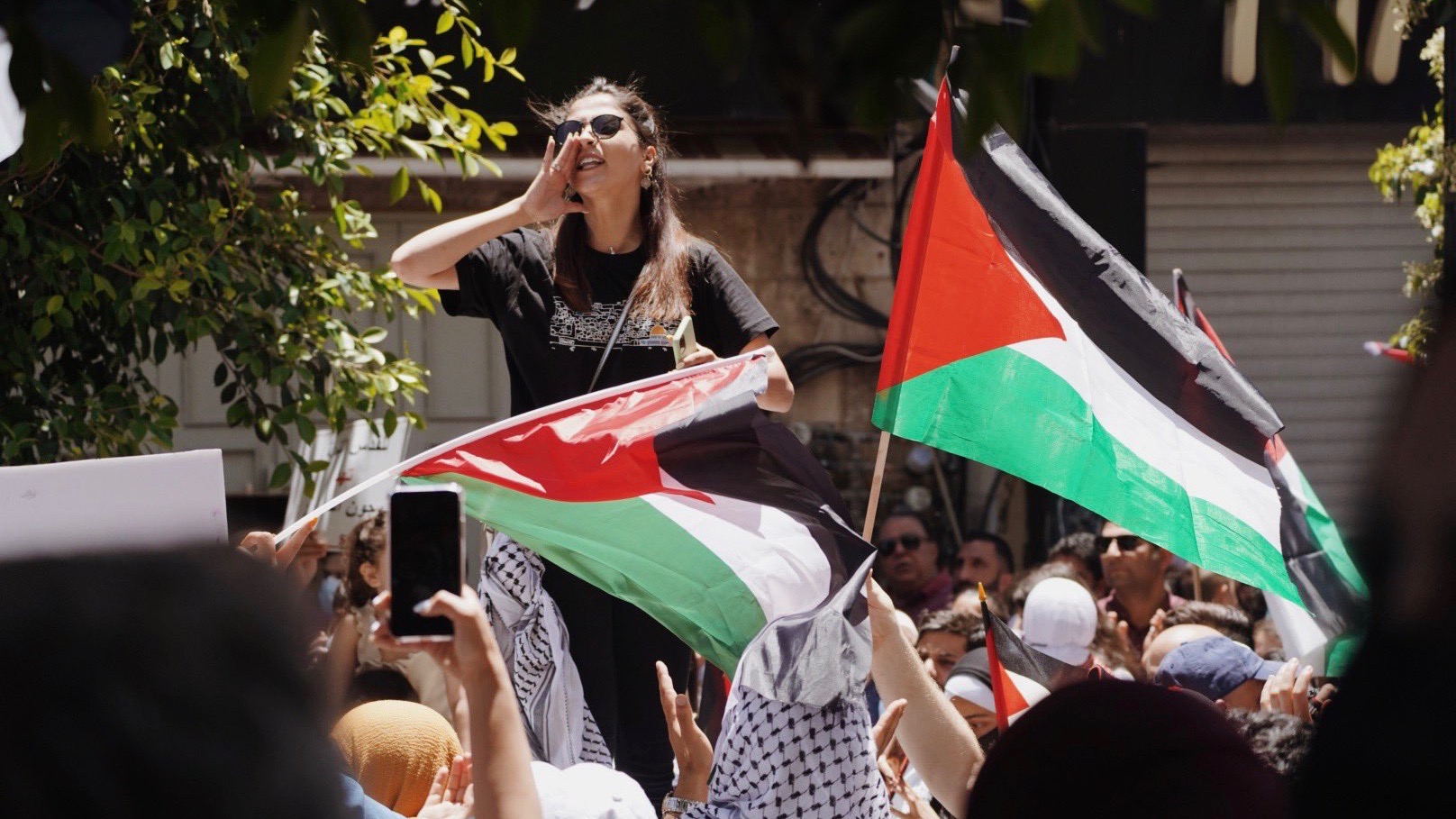 A massive march was carried out in Ramallah in the West Bank as part of the national strike on May 18, 2021 against Israeli aggression. Photo: Rana Nazzal

Resistance in Palestine acquired new dimensions this year amid the pandemic and unprecedented Israeli offensives in Gaza, forced displacements and increased numbers of settler attacks. The escape of six prisoners, defiance at Sheikh Jarrah and East Jerusalem, a successful national strike across historic Palestine were moments of hope.

The year of 2021 was a year of new extremes for both the Israeli occupation and the Palestinian resistance movement. The second year of the pandemic exposed the brutality of the Israeli apartheid regime like never before and busted several myths. The change in regime in both Israel and its most important international backer, the United States, had no positive impact on the fate of Palestinians. Both Naftali Bennett and Joe Biden proved that their policies are not very different from Benjamin Netanyahu and Donald Trump.

The year also however broke the growing myth that Palestinians have accepted their fate of living under the occupation. The year witnessed a new zeal in the Palestinian resistance movement with a wave of youth participation and an increase in solidarity within 1948 Palestine.

The year began with the release of a report by B’Tselem January 12, wherein the organization unequivocally labeled Israel an “apartheid regime” and highlighted the key reasons why. This classification became more pronounced when Israel not only prevented Palestinians from getting enough of COVID-19 vaccines but also tried to force them to use expired ones, in a clear example of vaccine apartheid.

After more than a decade, Netanyahu lost his premiership this year to his erstwhile colleague Bennett. In his last month in power, Netanyahu launched yet another full scale offensive in Gaza in May which killed over 250 Palestinians and injured nearly 2,000 of them apart from causing massive destruction of vital civilian infrastructure such as apartment complexes, hospitals, schools, and offices.

A ceasefire was announced after nearly two weeks due to increased international pressures. However, Israeli bombings in Gaza continued throughout the year. Naftali Bennett continued to bomb one of the world’s most densely populated regions under the excuse of incendiary balloons fired by Hamas.

Bennett’s administration has also continued the massive judaization projects in the occupied West Bank and East Jerusalem. The number of new illegal settlements along with the displacement of Palestinians from their homes and lands through home demolitions and violence, both in East Jerusalem and West Bank, increased in 2021. Not even medical centers built to care for COVID-19 patients were spared in the demolition drives.

The year also witnessed increased settler assaults on Palestinian villages in the West Bank as well as on Palestinians in the East Jerusalem. The al-Aqsa mosque remained a flashpoint of conflict as Israeli forces and settlers upped their attempts to restrict access to Palestinian worshippers. More episodes were also registered of Israeli forces shooting innocent civilians at checkpoints. The year ended with Israelis celebrating completion of yet another apartheid barrier around Gaza.

One move by the apartheid regime that stood out was the banning of six Palestinian human rights groups and calling them “terrorist organizations” without any verifiable proof. The organizations, al-Haq, Addameer, Defense of Children International – Palestine, Bisan Center, the Union of Palestinian Women’s Committees, and the Union of Agricultural Work Committees are internationally recognized for their work in promoting the rights of Palestinians as well as documenting crimes by the Israeli regime. For many experts, the timing of the ban speaks to a growing realization among the Zionist elements that they are losing the war of perception. The Israeli state’s colonial and apartheid nature is becoming increasingly obvious on a global level.

Unity and struggle from the river to the sea

The intensified Israeli offensive was met with a fortified Palestinian resistance movement this year. The year witnessed extraordinary expressions of unity and solidarity, especially during the Israeli offensive in Gaza. Palestinians across Historic Palestine and globally organized a national strike on May 18. Historic marches and protests were organized by Palestinians in various cities inside Israel against the war in Gaza, attacks on al-Aqsa and forceful evictions of residents of Sheikh Jarrah in East Jerusalem, creating fresh troubles for the occupier.

A weeks-long protest, led by youth in East Jerusalem, forced Israel to backpedal on attempts to impose restrictions on the movement of Palestinians near the Damascus gate. The protests ultimately merged with movements in Sheikh Jarrah and protection of al-Aqsa.

Pressures created by the consistent popular mobilizations in Palestine forced the international community to respond to the Israeli oppression. In late May, the UN Human Rights Council adopted a resolution with overwhelming majority, despite Israeli and US objections, to investigate violations of human rights in “Occupied Palestinian Territory, including East Jerusalem, & in Israel”. This was in addition to a similar investigation announced by the International Criminal Court (ICC) earlier.

The most dramatic event of the year was the escape of six Palestinian prisoners from a high security Israeli jail in Gilbao in September. Though Israel was able to recapture all the six in the following weeks, the incident became an inspiration for the Palestinians resistance movement. The incident also highlighted long term abuse of prisoners and detainees in Israeli jails and its practices of illegal administrative detention. Scores of Palestinians in the Israeli jails have taken numerous acts of defiance such as hunger strikes demanding their release or just exposing the illegality of their incarceration.

The year which marked the completion of two decades since the beginning of the second Intifada reminded the world that even after a number of Arab countries have abandoned the Palestinian cause by signing “normalization” deals with Israel, Palestinians, as well as the people of the world, have not given up and will continue to fight until complete liberation.