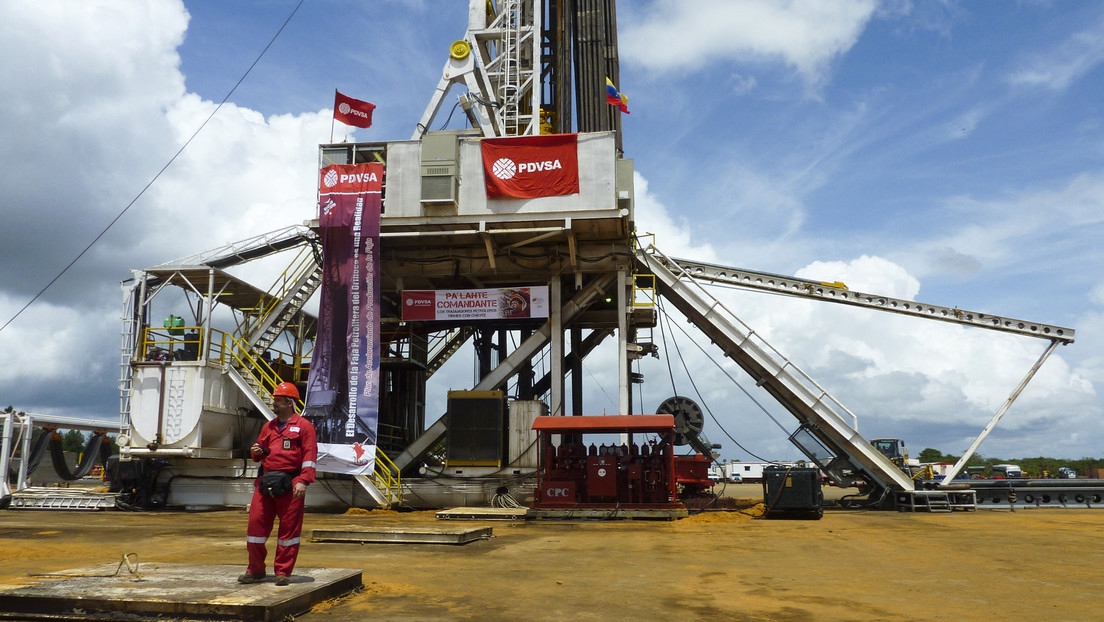 Oil experts Carlos Mendoza Pottellá and Ingerzon Freites look at some of the challenges facing the sector, as well as the possibilities of recovery after years of sanctions.

Venezuela’s oil sector has been the main target of US sanctions beginning in 2017. The industry, which was likewise suffering from mismanagement, corruption and a brain drain, saw its output fall precipitously following financial sanctions, an oil embargo and a host of other measures from Washington. Production hit decades-lows in the second half of 2020 before undergoing a recovery that has picked up steam in recent months.

Venezuela can regain its position as one of the largest crude oil producers and exporters before 2030. To achieve this, the country must transit a tortuous path in which US sanctions are decisive and the geopolitical situation ̶ including the region’s relationship with China and Russia ̶ also plays a role.

Internally, it will also demand focus, patience, political will and planning based on economic feasibility. Here, we speak with two economists who explain the current situation of state-owned Petroleos de Venezuela (PDVSA) and the difficulties facing the industry amid the blockade.

Firstly, oil economics professor Carlos Mendoza Pottellá points out that the industry’s situation, which has been aggravated of late by the radicalization of the sanctions, is also the result of a decade-long process of wear and tear. This wear and tear has hit wells that began to be explored in 1920 as well as added to an accumulation of circumstances that have led to the deterioration of the refineries.

“Deterioration is a long-term factor that has worsened,” Pottellá says, adding that part of the damage stems from international pressures and interests which led the industry to assume a course that did not suit it. One example of this is the industry’s [2006] decision to bet on the extra-heavy crude resources in the Orinoco Belt before continuing with the complete development of the conventional PDVSA wells.

For Pottellá, the exploitation of the Belt resources (which he maintains cannot be called reserves until it is economically feasible to extract them) caused maintenance and production in traditional wells to be neglected.

Is there a solution?

The solution is not easy, says Pottellá: “The first thing to recover is the conventional fields so as to up production. There are more than 25,000 traditional oil fields located close to Maracaibo, Maturín and Anaco cities.”

The specialist insists that the situation cannot be resolved overnight and that projections of producing 5 or 6 million bpd are not feasible, as has been clear for more than three decades.

In that sense, he adds: “We also have to do a gigantic amount of repair work so that in 4 or 5 years the country can produce up to 2.5 million barrels a day, a level which could be maintained for 50 or 60 years.”

The key thing, he goes on to say, is that the industry be realistic and that plans are based on feasibility. This requires taking forecasts and continuously reviewing the projections of crude oil prices, which in the Venezuelan case – with sanctions and a blockade – are generally lower than that of the international market.

Pottellá believes that the country must accept that the era of oil dependence is over and generate a new development perspective based on a diversified economy. “We have to start assuming that we are going to stop being oil-sellers and that we have the agricultural potential to feed our country six times over,” he explains.

In addition, he highlights that Venezuela has “all the necessary resources other than oil” to consolidate a “sovereign” country capable of exporting a diversity of products in different sectors: food, tourism, textiles and mining for example.

“Venezuela has a cultured population that can easily shift to building a prosperous economy with all the physical and human capabilities to be a permanent sovereign country without oil. We can use oil as an aid, but it will never be the source that will guarantee 96% of our imports as it once was,” he concludes.

On the other hand, the professor states that economic feasibility must be the fundamental scale for the oil industry, but considers that this reality has sometimes “been neglected due to the idea that the price of oil was going to eternally remain above US $100.”

With such an unstable oil market (where prices range between US $23 and 260), the basis for the industry should be to plan tactically so as not to compromise production costs. For this reason, explains Potellá, Venezuela cannot continue to focus on the exploitation of the Belt’s resources, which were economically viable to be extracted until 2014

“The only condition which would allow the Belt’s crude oil to be labeled as a ‘reserve’ is that prices remain above $100. If oil goes for 200 and it costs us 40 to get it out, it is feasible, but when prices fall, they cease to be reserves and become resources that must be stored.”

How is production going?

For economist Ingerzon Freites, a member of the Venezuelan Observatory of Economic Reality, current oil output between 600,000 and 800,000 bpd (according to the latest report from the Organization of the Petroleum Exporting Countries (OPEC)) is influenced by the supply of condensed crude from Iran to Venezuela.

“These mixes help improve the extra-heavy crude from the Orinoco Oil Belt,” Freites explains in relation to the increased production between 2020 and 2021, which went from 500,000 barrels per day to 625,000, according to secondary sources cited by OPEC, and as high as 824,000 according to direct PDVSA data.

Although production has increased, the situation remains complex because the industry faces domestic problems which are aggravated by the financial sanctions imposed by the US. In that sense, Freites believes that failures in the electric supply, theft of equipment, technical personnel migration, lack of maintenance and investment difficulties decisively affect the recovery of the country’s main source of foreign currency.

Concerning domestic fuel supply, both experts agree that existing shortages could be overcome if a higher unified price for gasoline was agreed upon. This would end the duality of prices in place since 2020, in which subsidized fuel quotas cost US $0.02 per liter and unrestricted “internationally priced” fuel costs US $0.50 per liter.

Pottellá says that the elimination of subsidies is the only way to sustain costs, while for Freites the price increase should be gradual and subsidies may remain for some sectors of social utility.

Despite the difficult situation, the forecast seems favorable, says Freites, since the gross domestic product of oil is expected to increase by over 5% by the end of 2021, which would mean an advance “after several years of decline and stagnation.” This would also be accompanied by a gradual increase in production, which could reach one million barrels per day in 2022.

“As for exports,” says Freites, “the price of a barrel of Venezuela’s oil will depend a lot on sanction exceptions and the discounts that PDVSA offers, because in order to export the industry has to do a series of additional operations to overcome the blockade, which affects costs.”

Freites also points out that if production can be improved and stabilized, oil export earnings could increase by 20 to 30 percent which would be extremely important to boost the economy.

For his part, Pottellá maintains that PDVSA, with great effort and the support of “brave businessmen” may generate one million barrels a day soon. A consistent growth rate would allow PDVSA to produce between 1.5 and 2 million barrels a day within 7 years. “At two million we would have an oil industry that could maintain itself, that is not a burden on the state and helps the country,” he alleges.

To speed up this scenario the industry requires “a gigantic investment” that could be more than US $200 billion. Venezuela does not have such resources and would thus be forced to seek private capital investment in the midst of the sanctions.

Investors would only risk pumping in money and facing US sanctions if Venezuela offered guarantees and extremely favorable incentives that would allow them to recover their funds quickly and make a profit for at least five years in a row, according to Pottellá.

The industry would benefit if this was achieved since it would have the capacity to produce 2.5 million barrels per day, although it would also imply restricting the role of the state in the industry until the end of 2027.