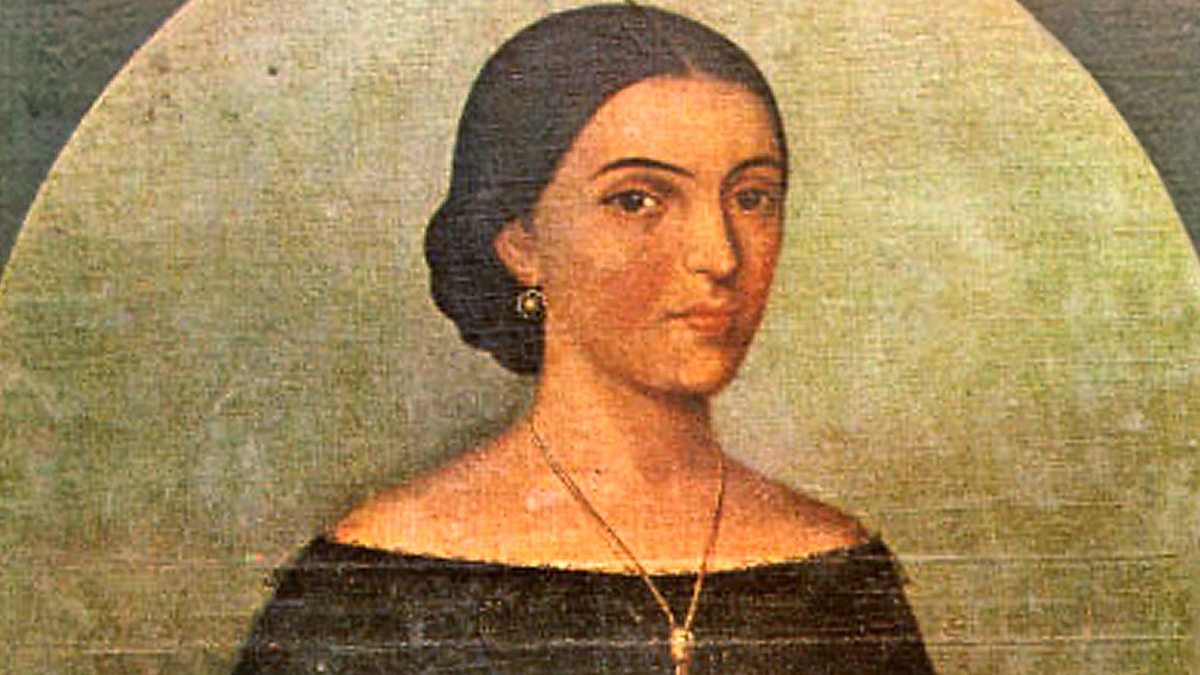 This December 27th marks the 224th anniversary of the birth of Manuela Sáenz Aizpuru. Who was this indomitable woman for whom Simón Bolívar felt an irrepressible passion? Was she a rebellious warrior, a symbol of female emancipation or a submissive companion of the masculine hero? An independent and boastful woman or a loving and devoted lover? From the study of Manuela’s life one can conclude that she was all of these and much more. She was a female figure far removed from the models proposed by the high spheres of power of her time, cultured, knowledgeable, an intellectual of her time, paradoxically a woman who, although she lived more than 200 years ago, we feel close to her, a model to follow in our own times.

One of the recurring themes when talking about Manuela Saenz is the presence of Simon Bolivar, it is very difficult to separate her from the myth and the figure of the Liberator, because evidently the greatness of the Venezuelan overshadows the life of any of the protagonists of the years of South American independence.

In most of the documents and studies about Manuela, emphasis is made on the years she spent at Bolivar’s side, but, truly, her revolutionary impetus was born on August 10, 1809, when the process of independence of Ecuador began when the president of the Royal Audience of Quito, Manuel Ruiz Urriés de Castilla, was dismissed. At that time there were days of great commotion in Quito with the installation of a Sovereign Junta of government, and Manuela Saenz, 14 years old, witnessed these events and began her identification with the patriot cause. It is very likely that she knew the participation of important women who were protagonists of the independence movement, among them Manuela Cañizares, famous for the phrase: “Cowards… Men born for servitude… What are you afraid of? There is no time to lose!” .

In 1810 the Sovereign Junta returned the authority to Manuel Ruiz Urriés de Castilla, who in a vile action betrayed his word and imprisoned the patriots, which led to the carnage of August 2 of that year, when after an attempt to free the prisoners, the royalists unleashed the slaughter both in the barracks and in the streets of Quito, adding looting and unparalleled violence. These events would seal Manuela Saenz’s determination for the independence cause.

At the age of 22 she married the Englishman James Thorne, which led her to reside in Lima, Peru, where her husband conducted his business as a merchant. In this Andean city she established a true espionage network by leaking information from the patriot ranks, for which General San Martin decorated her with the order of “Caballeresa del Sol”. She returned to Quito where destiny led her to meet Simón Bolívar, where they fell madly in love with each other, while giving their lives to the noble revolutionary cause.

In a letter addressed to the Liberator Simón Bolívar from the battle front of Ayacucho, on December 10, 1824, Antonio José de Sucre, the Grand Marshal of Ayacucho, wrote about Manuela Sáenz: “She has stood out particularly (…) for her bravery; joining from the first moment to the Hussars division and then to the Vencedores division, organizing and providing supplies for the troops, attending to the wounded soldiers, fighting with a clean shot under the enemy fire; rescuing the wounded”.

This missive describes in broad strokes another facet of Manuela, far removed from that of a lady of Quiteño society. The fact of actively participating as a soldier in the war of independence posed a difficult dilemma for a woman of her time. On the one hand, to strive to preserve her femininity intact, no matter what; or to suppress it completely and conform to the traditional model of the male soldier. Both options require an unnatural effort. The first because the transposition of traditionally feminine ways of doing, habits and points of view to a predominantly male military environment implies the forced introduction of foreign elements considered superfluous. The second because it requires the suppression of one of the strongest components of identity.

From the testimonies of the time, documents, letters, what we can deduce is that even though she was a soldier, Manuela never renounced her femininity. She was a human being in which the heroic woman dressed as a hussar in pants, capable of riding a horse and using firearms, blended with the lady of infinite beauty, with soft and delicate hands, dressed in a flowing dress and a patriotic gaze.