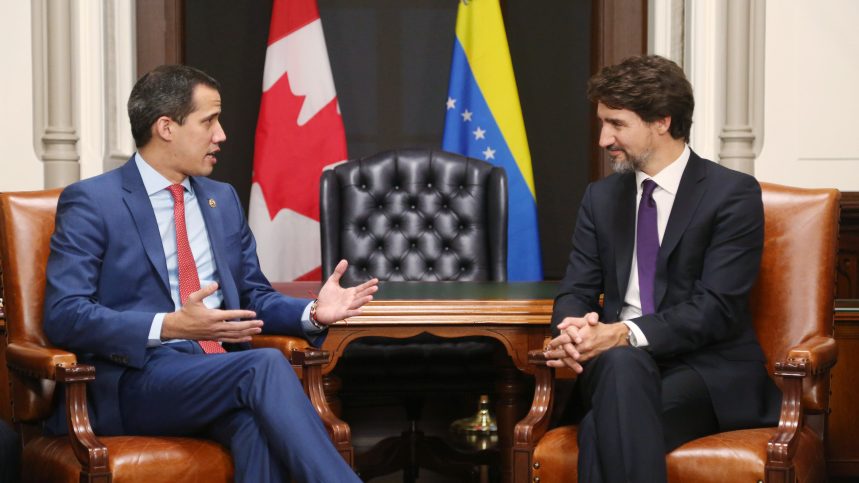 Imagine if Nicolás Maduro’s vice president quit and called for his government to be disbanded. Or if Venezuela’s opposition won a landslide in regional elections or if 90% of member states voted against the government’s UN credentials. The Canadian media would have splashed this news on front pages, but the shoe was on “our guy’s” foot so they’ve been silent.

The dominant media has all but ignored the collapse of Canada’s unprecedented bid to create an international coalition to support a parallel Venezuelan government. It’s quite a turnaround from when the media published puff pieces about Ottawa’s central role in Juan Guaidó’s rise and CTV News’ Don Martin asked foreign minister Chrystia Freeland whether Maduro was “any step closer to being kicked out of office as a result of this meeting today?”

A search of major Canadian media found almost no mention of the following developments over the past month:

Borges’ resignation is a special blow to Ottawa’s policy and definitely worthy of coverage by any sort of truly independent media. Instead, our corporate-owned newspapers, TV and radio either cheerlead for this country’s foreign policy or criticize it from the right.

The media has largely gone silent on Venezuela since it became clear Canada’s campaign to oust the government was a failure. This includes ignoring the withdrawal of Lima from the Lima Group of countries seeking to overthrow Venezuela’s government. In August a new Peruvian government’s foreign minister said, “the Lima Group must be the most disastrous thing we have done in international politics in the history of Perú.”

In fact, the Lima Group has lost other members and is now dormant. Where are the columnists analyzing this demise as yet another blow to Trudeau’s foreign policy? Ottawa founded Lima Group with Peru in 2017 as a structure outside of the Organization of American States largely because that organization’s members refused to back Washington and Ottawa’s bid to interfere in Venezuelan affairs, which they believed defied the OAS’ charter. The media previously reported glowingly about these Trudeau government policies.

But now that the American bull and the Canadian steer have ravaged the South American china shop yet again, there’s no mention of the destruction caused in Venezuela and elsewhere by the blatant interference in other countries’ internal affairs. Or even of the failure of a major Trudeau/Freeland foreign policy plank.

It’s time the media pressed the Liberals to drop their Juan Guaidó charade.