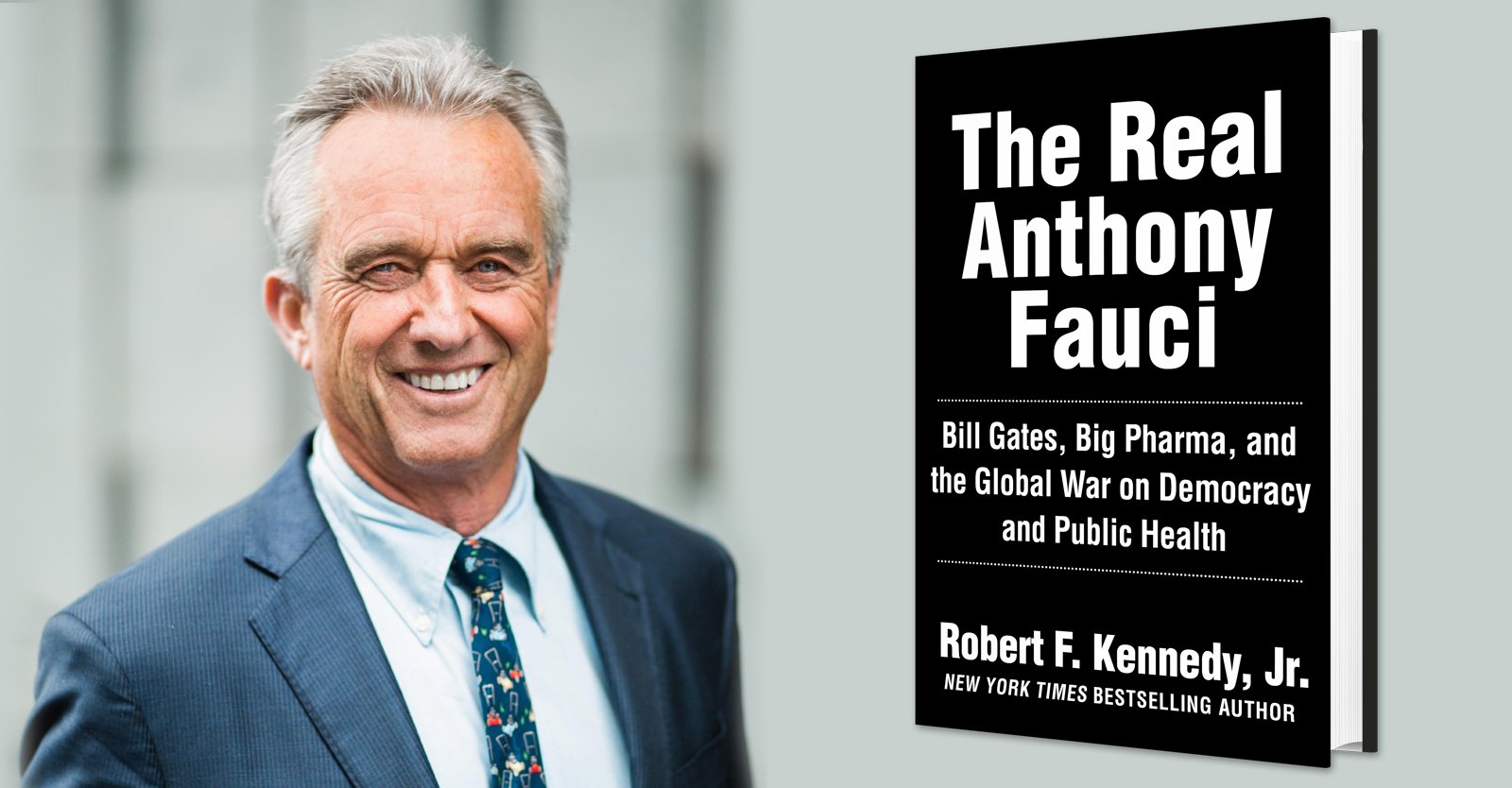 The success or failure in the management of the covid-19 pandemic is reflected in the number of infections and deaths from the disease. Although it was expected that the crisis would generate a change in the dynamics of relations between countries, even in internal management, what was observed was the projection of a barbarism in which the logic of capitalism operated.

In the case of the United States, the country that so far leads the list of deaths worldwide, the management of the pandemic has been catastrophic and its effects have influenced and disrupted the global dynamics. Who was in charge of managing the pandemic and why did it get out of control with the consequences we know today?

The answers to these questions and other calamities experienced by Americans may be found in the book by Robert F Kennedy Jr: The Real Anthony Fauci: Bill Gates, Big Pharma and the Global War on Democracy and Public Health, which explains, among other things, the role of Dr. Anthony Fauci, who was in charge of managing the health crisis caused by the coronavirus and has been a key figure in understanding how the power of pharmaceutical corporations operates in the whole process.

The author of the book, Kennedy Jr., is an American writer and environmental activist, nephew of the assassinated former President John F. Kennedy. The text can be accessed at this link.

According to the review of the book by journalist and geopolitical analyst Pepe Escobar, this author’s investigative work, which “sets out to deconstruct a New Normal that has been invading us all since the beginning of 2020”, is already a certified pop hit on Amazon, even though it was published just a few days ago. However, it has been silenced by the U.S. media, to what does it owe its sales success and why hasn’t what is described therein made the news?

Escobar refers that the book places Dr. Anthony Fauci as the axis of the biggest story of the 21st century insofar as he constitutes a hinge between a complex web of planned militarization and, above all, of the monetization of medicine in the United States, a process carried out by Big Pharma, the technological giants and the military/intellectual complex in alliance with the main media.

Everything seems to indicate that in this dark web the big loser is the American population, since those who capitalized on the big profits during the crisis have been the pharmaceutical companies, big technologies and big data, “with a special niche for the Silicon Valley giants”.

The review indicates that the book focuses on Fauci because his mode of operation is nothing new, on the contrary it refers that for five decades he has essentially been an agent of Big Pharma, whose financial web involves pharmaceutical companies and other state agencies, for example, the National Institute of Allergy and Infectious Diseases (NIAID), “which has been transformed into a seamless subsidiary of the pharmaceutical industry,” the journalist says.

Sabotaging his own health care system

Fauci is accused of having pursued unethical strategies since the beginning of the pandemic, from falsifying science to suppressing and sabotaging competing products that bring lower profit margins.

“Tony Fauci does not do public health; he is a businessman, who has used his position to enrich his pharmaceutical partners and expand the scope of influence that has made him the most powerful – and despotic – physician in human history,” Escobar excerpts from the book.

According to the research, Fauci favored the model that overestimated deaths from covid, which, by the way, was financed by the Bill and Melinda Gates Foundation. This strategy was later discredited and justified the hysteria of the blockade all over the planet.

Likewise, Fauci is accused of being at the forefront of erasing the notion of natural immunity, even when throughout 2020 the CDC and the World Health Organization (WHO) admitted that people with healthy immune systems have a minimal risk of dying from covid.

The U.S. healthcare system itself, with Fauci’s leadership, of course, privileged the development of technological vaccines while leaving no room for reused drugs effective against covid, a situation that was denounced by Dr. Pierre Kory, president of the Front Line Critical Care Alliance.

They even went so far as to discourage the use of prophylactics such as Ivermectin, Azithromycin, zinc, vitamin D and intravenous vitamin C.

On July 1, 2020, cardiologist Peter McCullough and his team submitted their first groundbreaking protocol to the American Journal of Medicine. It became the world’s most downloaded article to help physicians treat covid-19. Contrary to this, McCullough complained last year that Fauci never published anything on how to treat a covid patient.

He also denounced the blocking of any kind of initiative that had to do with new treatments to the disease in the scientific journals under his control.

“The entire medical establishment was trying to put an end to early treatment and silence all doctors who spoke of success. A whole generation of doctors stopped practicing medicine,” McCullough says, according to the review.

Pepe Escobar argues that there was an offensive on the part of the pharmaceutical corporations to put an end to treatment alternatives. Such was the case of hydroxychloroquine (HCQ), whose campaign carried out by mercenary researchers financed by the Gates-Fauci axis was aimed at falsifying the results.

This campaign against HCQ reached the WHO because Bill Gates in 2020 practically controlled the entire apparatus of that organization, as he was the largest financier after the US government.

This war was joined by the two main scientific journals, The Lancet and the New England Journal of Medicine, which lost credibility when they published fraudulent articles and later had to withdraw them. But the damage was done, the campaign was effective against hydroxychloroquine and Ivermectin. The war was waged because Ivermectin turned out to be an unprofitable competitor.

The symbiotic relationship between Gates and Fauci was all too evident, a relationship in which monetary interest prevailed over human interest. Fauci supported a study by Gilead’s remdesivir, in which the Bill & Melinda Gates Foundation has a large stake. It turns out that, in addition to costing $3,000 per treatment, it is a deadly poison.

“The book suggests that Fauci may have wanted to kill HCQ and IVM because, under U.S. federal regulations, FDA recognition of HCQ and IVM would automatically kill remdesivir,” Escobar notes.

If anything is clear from all this, it is that the Western media have served to project the billionaire’s philanthrocapitalism. None say, for example, that his wealth grew by 23 billion in 2020 alone, the first year of the pandemic.

That the Bill and Melinda Gates Foundation invests resources in the areas of health, food, media, among others, is a guarantee of considerable control over these sectors, being almost unquestionable for its benevolent projection.

And the fact that it is one of the main donors to the WHO is a guarantee that it will impose its narrative and even handpick its director general, as in the case of Tedros Adhanom Ghebreyesus, of questionable reputation and who does not belong to the area of health.

For these and other reasons, the Gates family has been accused of destroying public health infrastructure worldwide and privatizing health and food systems for their benefit, in collusion with Dr. Fauci and Big Pharma.

The above is a glimpse into the power of corporations even in the management of the pandemic. It also reveals the reason for the failure to contain the disease as the criminal logic of capitalism prevailed.