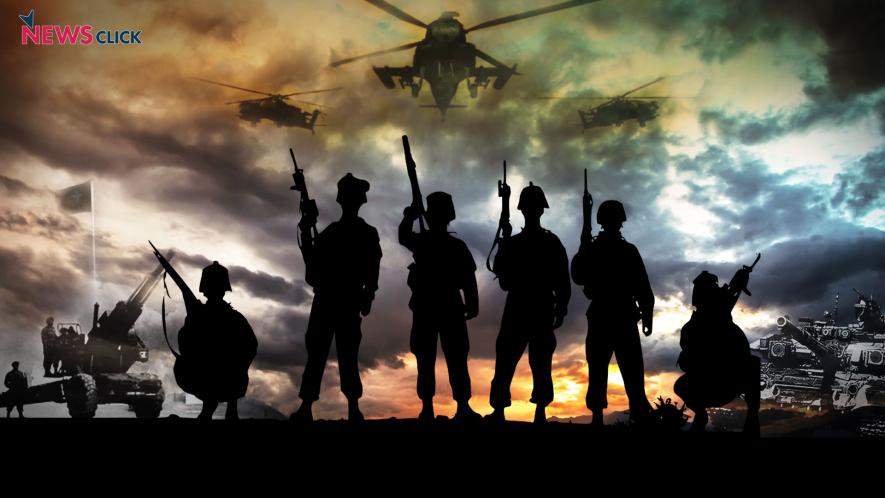 A preliminary meeting was held in the Yugoslav Mission at the United Nations on 29 September 1960, when the five leaders were in New York to attend the 15th Session of the United Nations General Assembly. They presented a Draft Resolution to the General Assembly on the same day. As an urgent first step, it requested that the United States President and Chairman of the Council of Ministers of the USSR renew their recently interrupted contacts “so that their declared willingness to find solutions of the outstanding problems by negotiation may be progressively implemented”.

Subsequently, the First Conference of Heads of State or Government of non-aligned countries was held in Belgrade from 1 to 6 September 1961. Since the Belgrade Conference was during the peak of the United States-USSR Cold War, its primary focus was on disarmament and peace. After deliberations, each of the 25 heads of state or government in Belgrade decided to sign identical letters on 5 September 1961, addressed to President Kennedy and Premier Nikita Khrushchev, urging the United States and the USSR to hold disarmament talks forthwith. This unique letter said, “…we take the liberty of urging the Great Powers concerned that negotiations should be resumed and pursued so that the danger of war might be removed from the world and [hu] mankind adopts ways of peace…. We feel convinced that devoted as both of you are to world peace, your efforts through persistent negotiations will lead to a way out of the present impasse and enable the world and humanity to work and live for prosperity and peace.”

In addition, the Belgrade Conference outlined the contours of a desirable agreement on general and complete disarmament. The Belgrade Declaration issued on 6 September 1961 explicitly stated: “The participants …consider that disarmament is an imperative need and most urgent task of [hu] mankind. A radical solution to this problem, which has become an urgent necessity in the present state of armaments, in the unanimous view of participating countries, can be achieved only by means of a general, complete and strictly internationally controlled disarmament… general and complete disarmament should include the elimination of armed forces, armaments, foreign bases, manufacture of arms as well as the elimination of institutions and installations for military training, except for purposes of internal security; and the total prohibition of production, possession and utilisation of nuclear, and thermo-nuclear arms, bacteriological and chemical weapons as well as the elimination of equipment and installations for the delivery and placement and operational use of weapons of mass destruction on national territories…. The participants in the conference urge the Great Powers to sign without further delay a treaty for general and complete disarmament in order to save [hu] mankind from the scourge of war and to release energy and resources now being spent on armaments to be used for the peaceful economic and social development of all [hu] mankind.”

The appeal and Belgrade Declaration were personally handed to Premier Khrushchev by Prime Minister Nehru and President Nkrumah on 7 September 1961 and to President Kennedy by President Sukarno and President Modibo Keita (of Mali) on 12 September. It had an immediate and far-reaching impact. President Kennedy wrote to presidents Sukarno and Keita on 13 September, saying, “…we found elements in the message and in the Declaration which reflected a genuine desire to bring about a relaxation of tensions and which, if applied in a truly neutral and objective manner, could be of positive benefit in easing world tensions.”

The pressure exerted by the five non-aligned nations, and as per the commitments made before the First Committee of the UN General Assembly on 30 March 1961, the US and the USSR began bilateral negotiations to formulate Agreed Principles to pursue disarmament negotiations. While the first two rounds of negotiations held in Washington (16-30 June 1961) and Moscow (1-16 July 1961) were not very fruitful, the third round, held in New York (6-19 September 1961) with valuable inputs from NAM’s Belgrade Declaration of 6 September 1961—was very successful.

John McCloy (chairperson, General Advisory Committee on Arms Control and Disarmament in the US government) and Valerian Zorin (Deputy Foreign Minister, USSR) were the principal negotiators who drafted the “Joint Statement of Agreed Principles for Disarmament Negotiations”. The agreement later became known as the McCloy-Zorin Accords on General and Complete disarmament. It was signed between the United States and the USSR in New York on 20 September 1961 and submitted to the General Assembly.

The McCloy-Zorin Accords stated that the United States and the USSR have agreed to recommend certain principles as the basis for future multilateral negotiations on disarmament. According to these principles, they also decided to call upon other states to reach an early agreement on disarmament.

(a) Disbanding of armed forces, dismantling of military establishments, including bases, cessation of the production of armaments as well as their liquidation or conversion to peaceful uses;

(b) Elimination of all stockpiles of nuclear, chemical, bacteriological, and other weapons of mass destruction and cessation of the production of such weapons;

(c) Elimination of all means of delivery of weapons of mass destruction;

As is evident, the Agreed Principles propounded in the McCloy-Zorin Accords were very radical ones with far-reaching implications. Five days after they were submitted to the UNGA, President Kennedy, highlighting the need for general and complete disarmament, noted the stand of the non-aligned nations. In his address to the UNGA on 25 September 1961 titled “Program for General and Complete Disarmament in a Peaceful World”, he said: “Mankind must put an end to war—or war will put an end to mankind.… Let us call a truce to terror. Let us invoke the blessings of peace. And as we build an international capacity to keep the peace, let us join in dismantling the national capacity to wage war… The risks inherent in disarmament pale in comparison to the risks inherent in an unlimited arms race. It is in this spirit that the recent Belgrade Conference—recognising that this is no longer a Soviet problem or an American problem, but a human problem—endorsed a program of “general, complete and strictly an internationally controlled disarmament…. And it is in this spirit that we have presented with the agreement of the Soviet Union—under the label, both nations now accept of “general and complete disarmament”—a new statement of newly-agreed principles for negotiation.”

On 20 December 1961, the UNGA Resolution No.1722 (XVI) unanimously adopted the McCloy-Zorin Accords and set up an Eighteen-Nation Committee on Disarmament (ENCD). The ENCD included five representatives each from the NATO and Warsaw Pact blocs and eight representatives from the non-aligned nations, including India, to frame concrete proposals to realise the goal of disarmament. It is, therefore, evident that NAM had played a significant role in advancing the cause of peace and disarmament.

The most considerable opposition to disarmament, obviously, came from the armaments lobby, which was especially powerful in the United States. According to the ‘Bulletin of the Atomic Scientists’ (February 1983, p.35), “The anti-disarmament pressures on the President that summer were enormous. They were primarily economic and, derivatively, political.” Citing a book by Arthur Dean, a member of John McCloy’s negotiating team, titled “Test Ban and Disarmament: The Path of Negotiation,” 1966, author Marcus Raskin, a member of the United States delegation to the 18-nation disarmament conference in Geneva in 1962, added, “…protests came from politically powerful representatives of the states with defence industries, especially California and Texas, who feared any disarmament measures might have a deleterious effect on the economies of their states.”

The observations of Raskin and Dean were ominous considering the tragic fate that soon befell President Kennedy. 1961 culminated with the hope to make concrete progress towards disarmament, but sixty years later, that fervent hope lies severely dented. The systematic attacks by the powers that be on NAM—from instigating the Sino-Indian War in 1962 to engineering regime changes in Indonesia (1965), Ghana (1966), Mali (1968); Egypt (1970), Chile (1973); Bangladesh (1975); Burkina Faso (1987); Yugoslavia (1990) and elsewhere—and the calculated assassinations of President Kennedy in 1963; Prime Minister Indira Gandhi in 1984; Prime Minister Olof Palme in 1986; and Prime Minister Rajiv Gandhi in 1991 caused a severe setback to the cause of peace and disarmament. The machinations of the military-industrial complex to sideline peace and disarmament pose a grave threat to humanity.