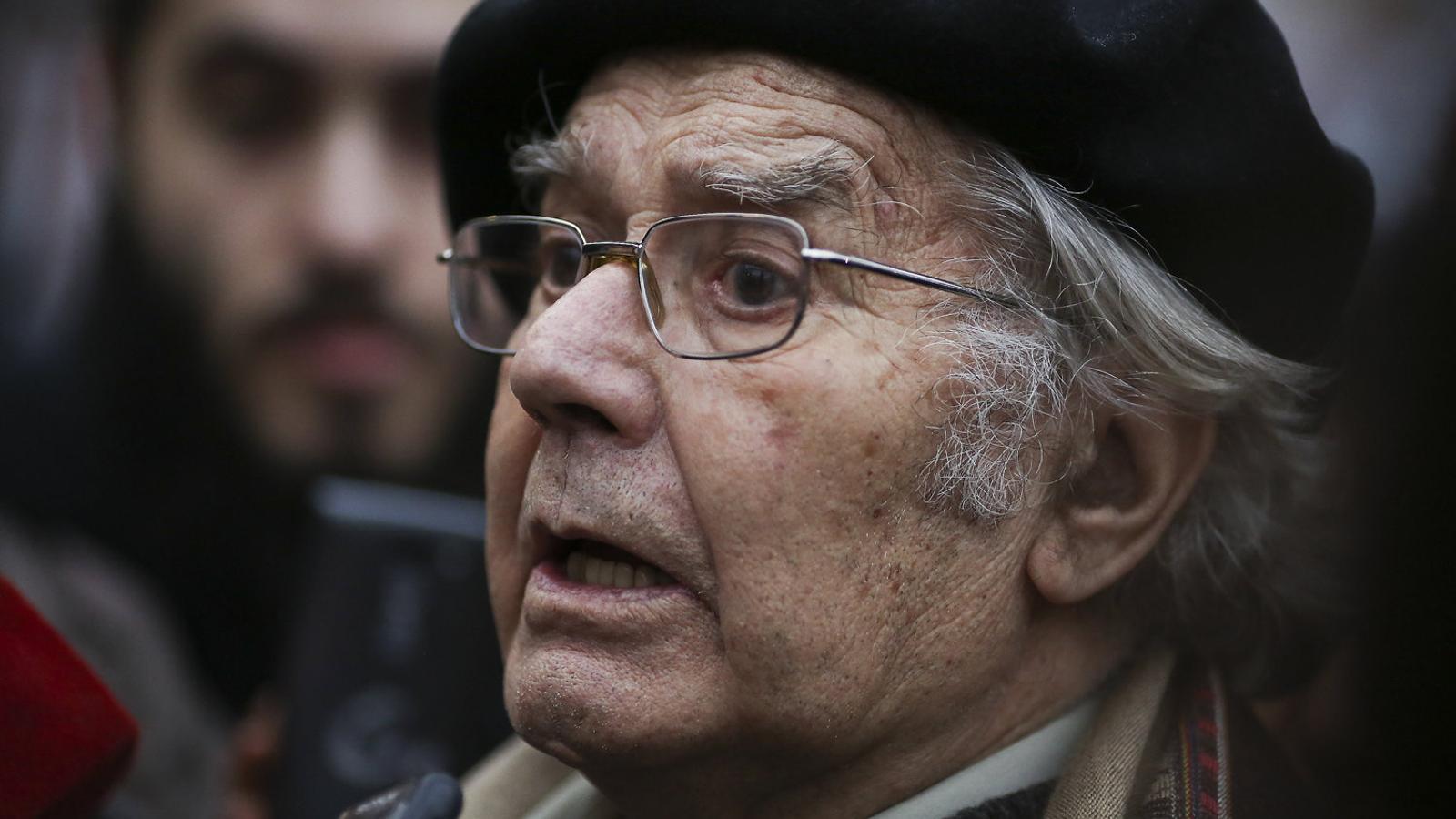 The Nobel Peace Prize winner and head of the well known human rights organization Peace and Justice Service (Serpaj), Adolfo Pérez Esquivel, has repudiated the “repression against the Mapuche people”, and has condemned the death of young Elías Garay in the vicinity of a native community near the city of Bariloche.

“We have always been against all repression and now, once again, repression against the Mapuche people has taken place”, emphasized Pérez Esquivel in an interview with the agency Télam.

In this context, the Nobel Peace Prize winner insisted that the Serpaj organization repudiates and condemns the events that took place yesterday in Paraje Cuesta del Ternero, which resulted in the death of a young member of the Mapuche community and the serious injury of another. “We repudiate the repression against the Mapuche people and condemn the death of the young Elías Garay who was peacefully claiming the territories of his peopl.” “Also, we hold responsible the governor of Río Negro Anabela Carreras, who refuses to dialogue and her only option is repression; we denounce the violence of the police of Río Negro and the permanent threats against the Mapuche community,” he remarked.

Pérez Esquivel stated that both Serpaj and the Permanent Assembly of Human Rights (APDH) have been demanding “a solution without violence to the territorial conflict of the native peoples”. “Also the University of Comahue, the Bishop of Bariloche and representatives of evangelical churches have been demanding a dialogue to take place to resolve the conflicts without violence”, he added.

He recalled that “for years a territorial law for the native peoples has been delayed and temporary measures such as Law 26.160 have been put forward to prevent evictions and not to solve the central problem, which is the recognition of community lands”. “Up to this day the Chamber of Deputies has not made any decisions about this important issue. We demand a prompt solution to the conflict in the Patagonia region before it is too late and the violence increases”, he stated

“The violence and lack of responsibility of the government of Río Negro affects the country’s democracy and exposes racism and intolerance such as the death of this young Mapuche and another injured person from the community by the repressive forces”, warned Pérez Esquivel.

In addition to the fatal victim, the injured person in the Quemquetrew community, located in Paraje Cuesta del Ternero, near the city of Bariloche, is a 21 year old young man from the local Mapuche community, who was shot in the thorax, for which he was operated last night at the hospital of El Bolsón, while the body of the deceased was to remain at the site of the events until the investigators arrived.

Meanwhile, the Government of Río Negro, headed by Arabela Carreras, said that “the Police of Río Negro did not intervene in any way” in the events in Cuesta del Ternero.