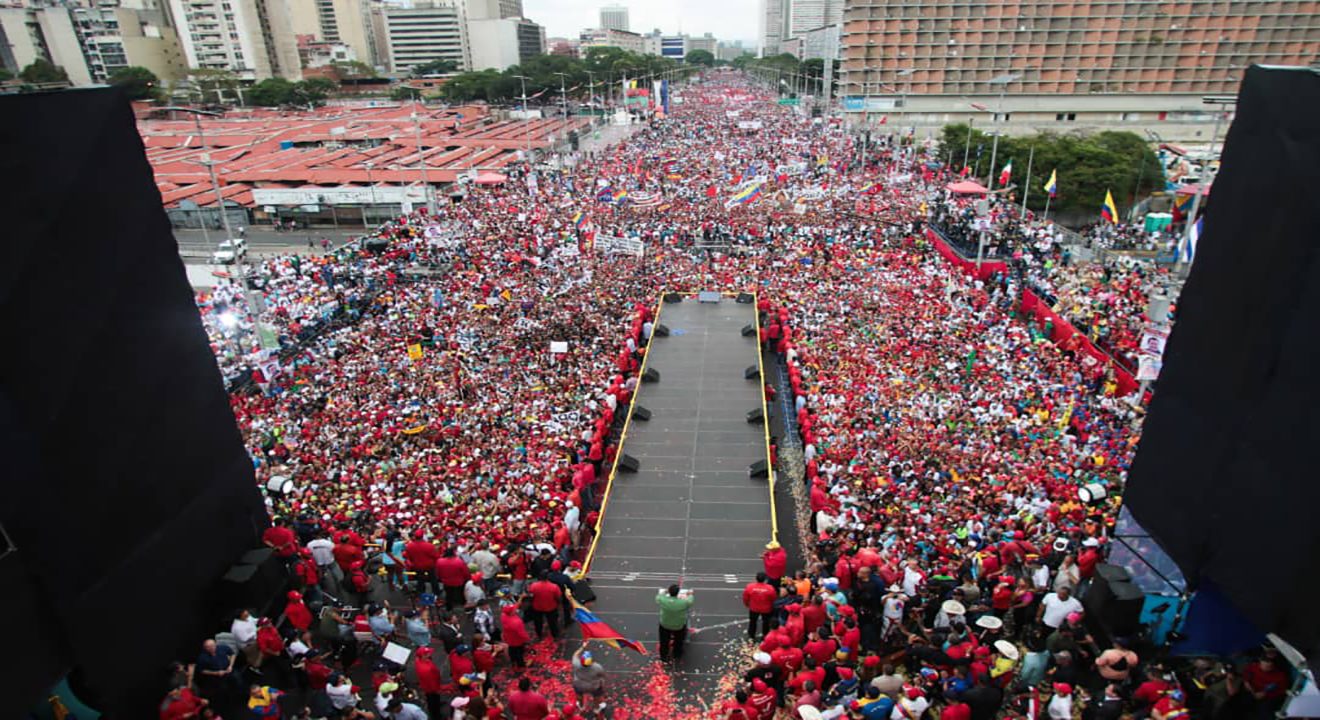 On Sunday, November 21, the candidates of the Gran Polo Patriotico coalition and the United Socialist Party of Venezuela (PSUV), representing the political force of the current Venezuelan government, managed to defeat the opposition parties, which, although divided, participated again in the voting after they had successively withdrawn since 2017 in an effort to boycott the presidential and legislative elections. According to the first bulletin issued by the Venezuelan National Electoral Council the participation of voters was 41.8%, with an approximate of 8.1 million voters who elected candidates for a total of 3,082 positions.

Victory in a difficult context

This victory for Chavismo, which currently represents the government, was not achieved in a context in which all the conditions for electoral triumph were met. The South American country is facing serious economic difficulties; it is possibly the worst period in the history of Venezuela at the economic-financial level. But, in order to understand the deterioration of the living conditions of the Venezuelan population, the brutal economic and financial blockade imposed by the United States must be placed at the center of the analysis. In the face of the coercive and unilateral measures imposed by the United States and executed with its allied countries, the response of the Venezuelan government has not been to bow down, nor to submit to the US interests that seek a political change that would enable them to decide and dispose of the resources and future of Venezuela, as they had done in previous decades.

There is a latent US desire to return to the times when even the name of the president of the main Venezuelan oil company was decided in the White House. On the contrary, the executive has overcome the blockade and has never ceased to be on the side of the people, with its successes and failures. Proof of this has been the continuity in the construction of housing for the population, the organization in the fight against Covid-19 with the care and vaccination plan, as well as the effort to compensate the inflation of the deteriorated salary with the aid in the form of bonuses issued through the electronic payment system “Patria”.

In this sense, the political context of Venezuela, beyond Chavismo, the PSUV and the parties of the Great Patriotic Pole, is characterized by the dissidence of a sector of the left, which due to ethical values has refused in many cases to ally itself with the opposition right wing, these parties represent a very minimal percentage within the electoral universe. On the other hand, the opposition coalition formed by right wing political formations, besides being fractured, arrived at the elections discredited for being formed by pseudo leaders outside Venezuela, who under a supposed interim, product of a false presidency, plundered the assets of the country and continue requesting sanctions from US imperialism to directly affect the Venezuelan people.

One of the greatest legacies left by President Hugo Chávez, was his constant interest in the development of political analysis in the citizenship through his television programs, his speeches, the cultivation of reading, access to education, the constant search for the formation of Venezuelan men and women. Those who underestimate and ignore this facet of Chávez, ignore the capacity that has developed in the Venezuelan people, the conscience to analyze reality and truth in politics, to discriminate and recognize where the enemy is. Until the opposition demonstrates with their actions that they really want the good of the country and not the pursuit of the satisfaction of their interests, their defeats will continue to be resounding.

These elections were attended by 300 international experts and some 200 electoral observers belonging to different organizations and social movements. One of the missions that generated the most media coverage was that of the European Union, which had not attended Venezuelan electoral processes for 15 years. This surprising presence was the result of the negotiations between the Venezuelan opposition and the government of President Nicolás Maduro. The head of the EU electoral mission in Venezuela, the Portuguese MEP Isabel Santos, pointed out that they agreed to participate because they have the guarantee of all the conditions, without restrictions, from the Venezuelan executive.

The agreement made with the National Electoral Council (CNE), certified to the mission “total freedom of movement, access to the different phases of the electoral process and freedom of expression”. However, it is well known that the U.S. government did not welcome the participation of the EU as observers in the Venezuelan elections. Although Joe Biden’s administration has changed its tone regarding Venezuela, it maintains Donald Trump’s hard line, refusing to lift sanctions and this subtle approach by the E.U. may be causing acrimony between Brussels and Washington. The report to be issued by the EU mission is in no way definitive of the voting, because in fact it was the Venezuelan people who chose the winners of the contest. But this report can provide us with the keys to the path of the relations between the international political actors in the great geopolitical world chessboard; it is sufficient to have to wait to see if the White House will influence what the EU experts report.