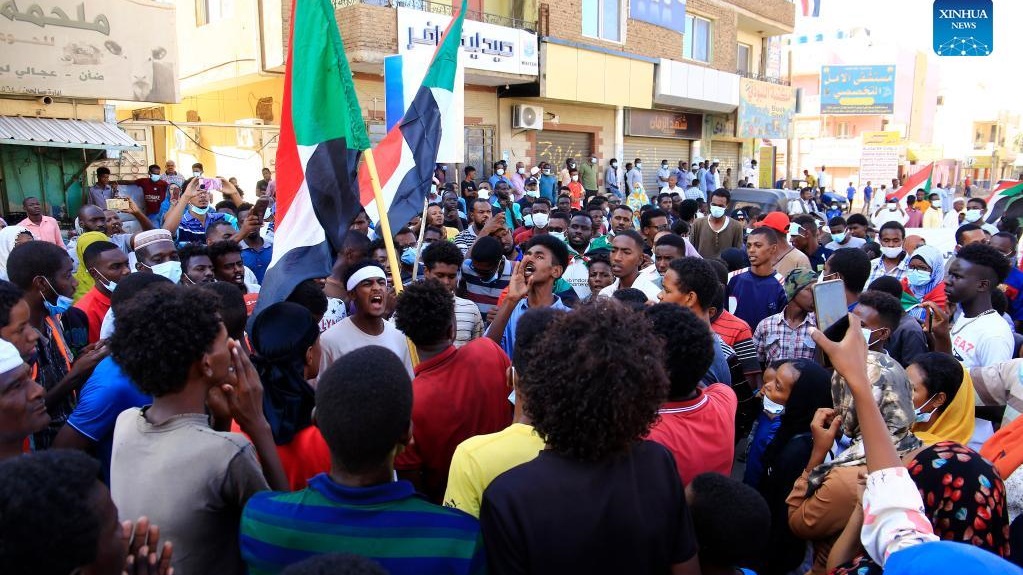 At least seven people have died so far in Khartoum State alone after protesters were fired upon by the military on Saturday. Protesters have rejected the new sovereignty council that was formed by the coup leader and army chief Abdelfattah al Burhan

The death toll due to the firing on protesters who had taken to streets across Sudan to protest the military coup on Saturday, November 13, has risen to seven in Khartoum State alone. This was confirmed by the Central Committee of Sudan Doctors (CCSD) on Monday. The State comprises the capital Khartoum, Khartoum North and Omdurman.

The bridges connecting the three cities in this State were blocked by the military during the protests. Roads leading to several government offices were barricaded and barbed-wired by the security forces which opened fire in multiple places in the three cities, each of which witnessed several large demonstrations.

A 13-year-old, a 15-year-old and a 17-year-old were among the seven killed. These seven deaths bring the total number of civilians killed since the military coup led by the army chief Abdelfattah al Burhan on October 25 to 22, CCSD confirmed on Monday.

Given the unstable situation of the many others who have been seriously injured, the likelihood of the death toll rising further exists. Over 200 have sustained injuries, about 192 of them from bullets. The doctors’ union has said that the type of bullets that were used expand its size in the body upon impact to cause maximum damage – a type that is “internationally forbidden”.

Casualties outside of Khartoum State, if any, remain unverified. Mass demonstrations were also held in the eastern State of Kassala, El Gezira in the east-central region, North Darfur, South Darfur and several other States.

Medical staff held demonstrations in various hospitals against the atrocities committed by the security forces on Monday. In Kassala Teaching Hospital, the security forces stormed the medical premises to prevent the protesting medicos from entering.

Noting that security forces used snipers to kill protesters, invaded neighborhoods and houses and conducted random arrests, and even “laid siege on several hospitals and medical centers to prevent the injured from receiving timely treatment”, the Sudanese Professionals Association (SPA) deemed these acts as “crimes against humanity.”

The SPA, a coalition of trade unions organizing in coordination with the Sudanese Communist Party (SCP), had led the December Revolution which caused the overthrow of dictator Omar al-Bashir in 2019. It is currently spearheading the resistance against the military coup, following which the elements of Bashir’s ousted Islamist regime are being restored into positions of power.

“We call on revolutionaries in all neighborhoods and branches in all cities and villages of Sudan to close the public and internal roads.. to disrupt.. the movement of the security forces,” read its statement after the attacks by security forces on November 13.

“The mass tide of peaceful resistance will continue to diversify its tools until the military junta is overthrown, the criminal generals are brought to justice and a full civilian transitional government, whose members are chosen by the forces driving the December Revolution, is formed.”

Two days prior to this ‘March of Millions’ across Sudan, on November 11, the coup leader Burhan had reinstated the sovereignty council, the highest body of the transitional government which was dissolved after the coup.

In this body, the military generals and the representatives of the armed rebel groups have remained the same as before the dissolution post-coup. However, all but one of the civilian members in this body have been replaced to Burhan’s liking. The rebel groups had sided with the military after the Juba peace agreement of 2020 in exchange for a share in power, and also supported the coup.

The Forces of Freedom and Change (FFC) have refused to acknowledge the legitimacy of the new sovereignty council. The FFC is a coalition of centrist and right-wing political parties which had struck a compromise with the military after the ouster of Bashir and, in August 2019, had formed the now-ousted transitional government along with the military.

The FFC has reiterated its demand for the restoration of the transitional government headed by Prime Minister Abdalla Hamdok, including the cabinet in which, with the exception of the Defense and Interior Minister, all the ministers were civilians.

On the other hand, the revolutionary forces who command the majority of the protesters on the streets have rejected this demand as most of the power in that government was anyway held by the military.

“No negotiation, No compromise, No partnership in crime” is the political line proposed by the SCP, SPA and the resistance committees – which organized in neighborhoods, form the backbone of the December Revolution. This line remains the most popular slogan on the streets, declaring that those civilians agreeing to share power with the military are partners in crime.