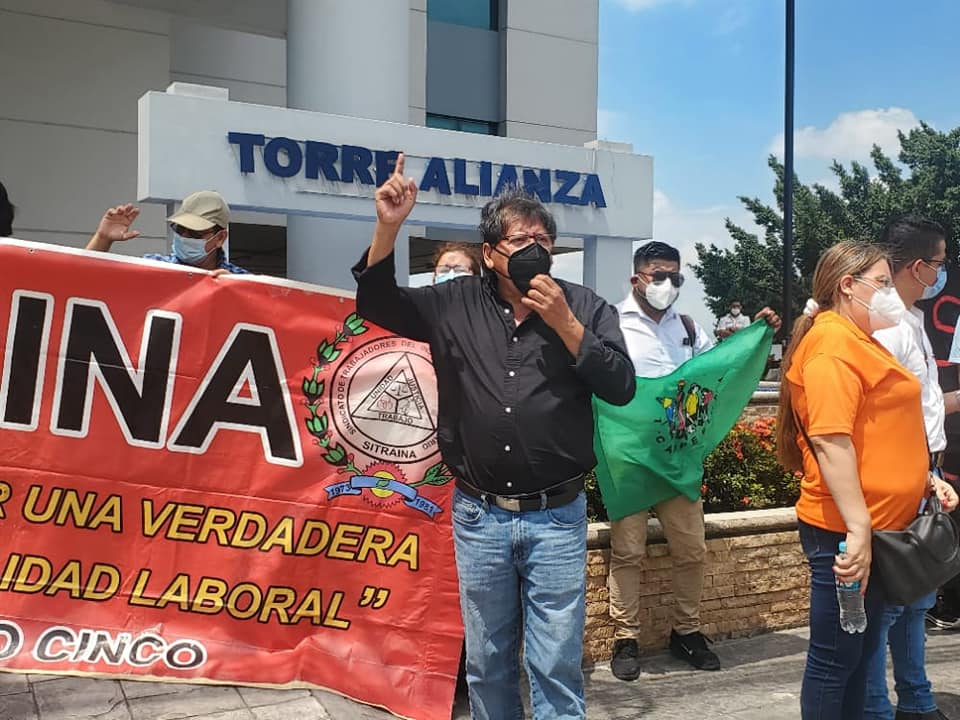 A wide range of sectors in Honduras are continuing to mobilize against the Economic Development and Employment Zones (ZEDEs) with the general election now one month away. Campesino, indigenous and Afro-descendant movements and communities say the large scale territorial concessions amount to a flagrant violation of national sovereignty and will result in mass displacement. Frequent protests against the legislation, like the one held by the National Lawyers Association of Honduras, have called for the repeal of Decree 120/2013, due to its unconstitutionality, and communities are declaring their lands ZEDES free territories. Despite strong opposition, the Honduran state continues to make concessions to transnational capital, surrendering not only land, but also political sovereignty to foreign companies. The issue has become central to the electoral campaign with social movements vowing to vote out the ruling US-backed Partido Nacional, and restore democracy for the first time since the 2009 coup, this November 28th. 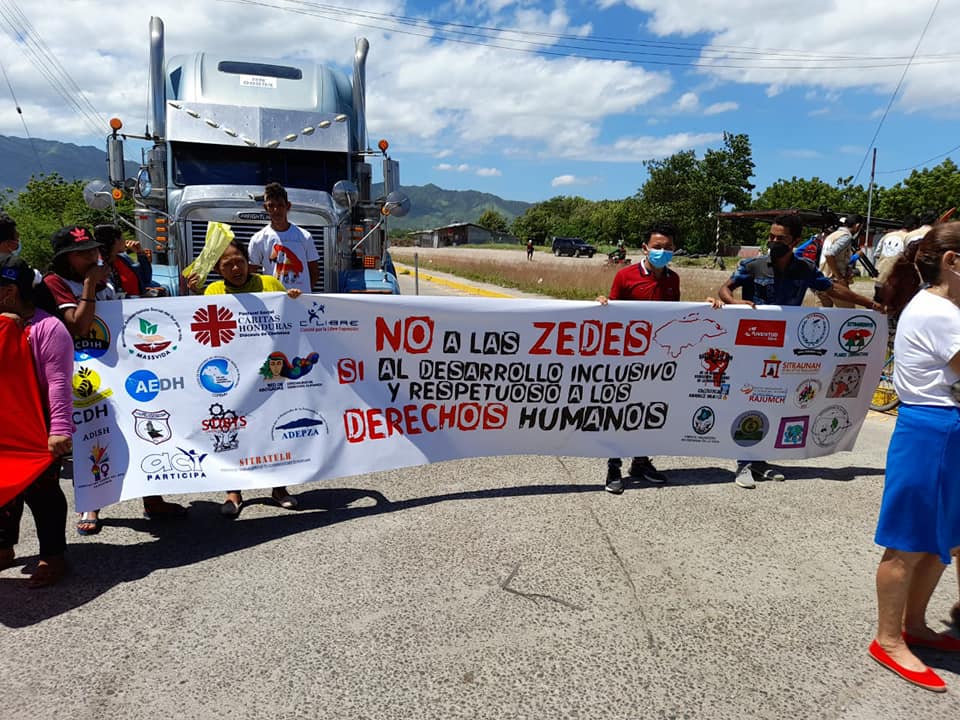 We spoke to Honduran campesino leader and Partido Libre candidate for congress, Rafael Alegría, for an explanation of the ZEDEs. Rafael is one of the founders and leaders of international peasant movement, La Via Campesina, and became one of the first campesino leaders to hold a seat in the Honduran legislature in 2002 (bio here). 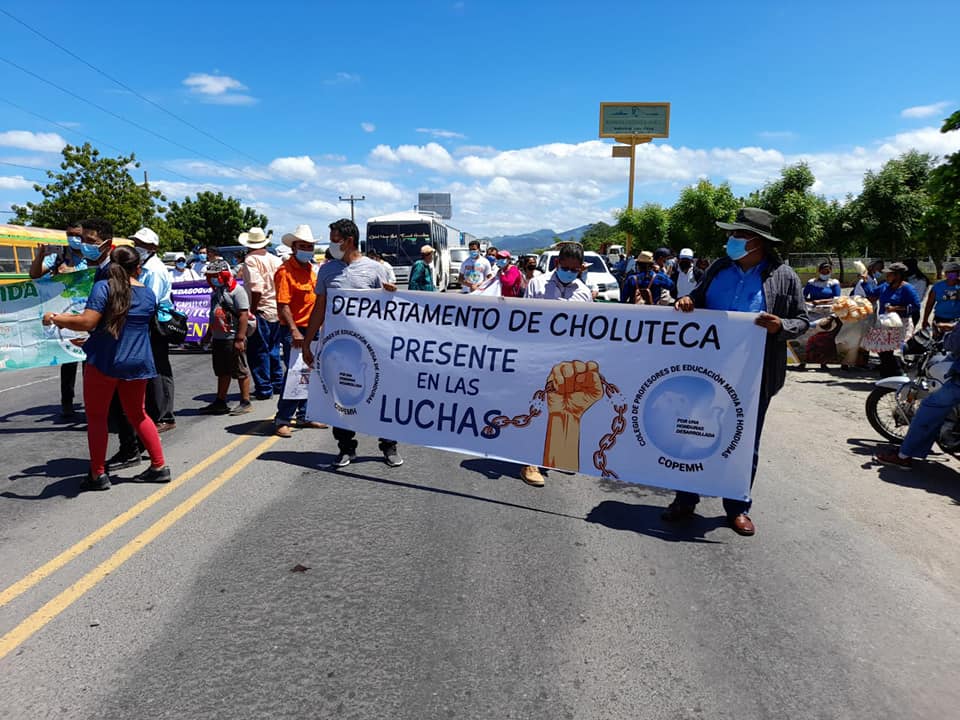 Below is a subtitled video of our interview with Rafael Alegría, followed by the transcription in English.

Rafael Alegría: I want to denounce this atrocity internationally. That transnational capital is practically leaving us without territory, without authorities, violating absolutely everything. 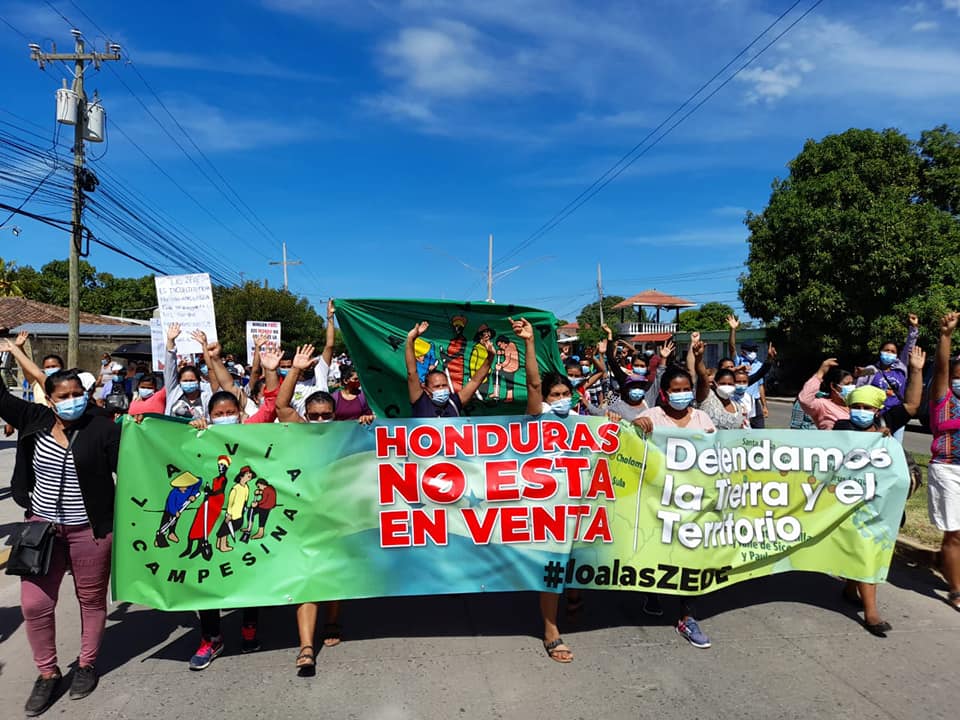 In 2013, the national congress of the Republic of Honduras amended the Constitution of the Republic and issued a decree, 120/2013, which gave life to the creation of what is now called “Special Zones for Employment and Development” ZEDES. It is a disastrous project for the country, for the people, and for national sovereignty.

With these ZEDES, the National Congress of the Republic will hand over to transnational companies with transnational capital, extensions of land and territory.

They are not small parcels, they are large parcels, kilometer after kilometer; But not only that, but everything that is within those areas, within those territories, would correspond to the administration, management, and use of these natural resources to those ZEDES. The land, the territory, the water, all the wealth of the subsoil, the forests, absolutely everything.

The lands of the state of Honduras that at this moment are for agrarian reform purposes automatically pass to the control and administration of those ZEDES, which are foreign companies. We would lose all possibility of accessing a piece of land for small and medium farmers.

But if that’s not enough, for example, small farmers or medium-sized farmers, who have private lands, will first be made offers for these companies to buy them, but if they do not want to sell them, they are immediately expropriated on behalf of the Honduran state. In other words, this would cause a displacement and total dispossession of the population.

And if that’s not enough, the ZEDES declare themselves as companies with their own autonomy and their own operation, so the law allows them to install their own courts with jurisdiction of those territories, that is, courts: criminal, labor, youth, everything, without any intervention or interference from the Supreme Court of Justice of the Republic of Honduras and the National Congress. The judges of these courts would be foreigners.

Already, in the ZEDES of Roatán, and Bahia, the judges are North Americans, Europeans and Thai. It’s outrageous!

The outcome is that it is a state within another state, and we absolutely lose sovereignty in everything. We lose the government system because it would be another government within those ZEDES, we lose territorial integrity because we would no longer have land, sea and air borders under the control of the Honduran state, but everything would pass to the control of these Special Development Zones.

Now, we are in a great movement. Movements of struggle and resistance have been constituted: The Bar Association has said that it is unconstitutional, it opposes it, the Catholic and Evangelical Church opposes it, the National Autonomous University of Honduras, the peasants, the indigenous, everyone.

but also the fight against the areas that they call “Special Development and Employment Zones” which is not true because they have been in power for 12 years and didn’t grow employment.

There’s only one option and that’s to repeal decree 120/13 and that is the request, the demand that all sectors make to the national congress because it is disastrous.

Repeal it, the peasant movement already has a proposal and the indigenous movement has a proposal to issue an emergency law, of agrarian reform, that implies land for the peasants. All that land that they now intend to hand over to transnational companies–let them hand it over to landless peasants, indigenous peoples, rural women; reestablish the institutional framework for technical support, financial support.

If we cannot get this congress to repeal it, then the people will repeal it on November 28 of this year, which are the general elections in the country and that there is every possibility of defeating it. I end by making a call for international solidarity with the people of Honduras.