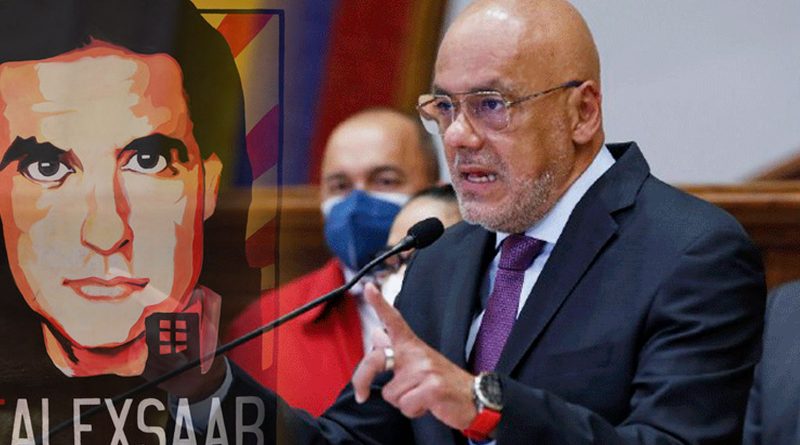 President of the National Assembly of Venezuela, Jorge Rodriguez, who heads the government delegation in dialogue with the opposition behind held in Mexico.

The Venezuelan government has denounced the kidnapping of Venezuelan diplomat Alex Saab, by the government of the United States, aided by Cape Verdean authorities who tortured Saab and kept him arbitrarily imprisoned for 491 days without arrest order and without due process, in violation of the laws of Cape Verde and the Vienna Convention. A crime which has been condemned by the United Nations and countries around the world.

A statement published on Saturday by the Venezuelan Foreign Ministry, confirm reports of the extradition of Saab to the Untied States from Cape Verde.

The Bolivarian government has also announced the suspension of its participation in dialogue with the opposition, which was being held in Mexico. Head of the government delegation and President of the National Assembly of Venezuela, Jorge Rodriguez, announced that the delegation will not be attending the round scheduled for Sunday.

Negotiations with the opposition have been suspended following the kidnapping and extradition of Venezuelan diplomat Alex Saab by the United States. @jorgerpsuv pic.twitter.com/Lb41np2IWU

Alex Saab is a permanent representative of the Bolivarian government at the Mexico talks with representatives of the extremist opposition sectors, facilitated by the King of Norway and accompanied by Russia and the Netherlands.

In its communique, the Venezuelan government repudiates this serious violation of human rights against a Venezuelan citizen and diplomat, “act that “sets a dangerous precedent for international law.”

“We hold authorities of Cape Verde and the government of President Biden responsive for the life and physical integrity of Alex Saab and, as a sovereign nation, reserve (the right) to take actions accordingly.”

The statement ends by expressing appreciation for the solidarity of the people of Cape Verde and the community of African countries as well as organizations in the United States and world “which have raised their voice in repudiation of this crime. The struggle for the dignity of this innocent man, who is protected by international law, continues and intensifies.”